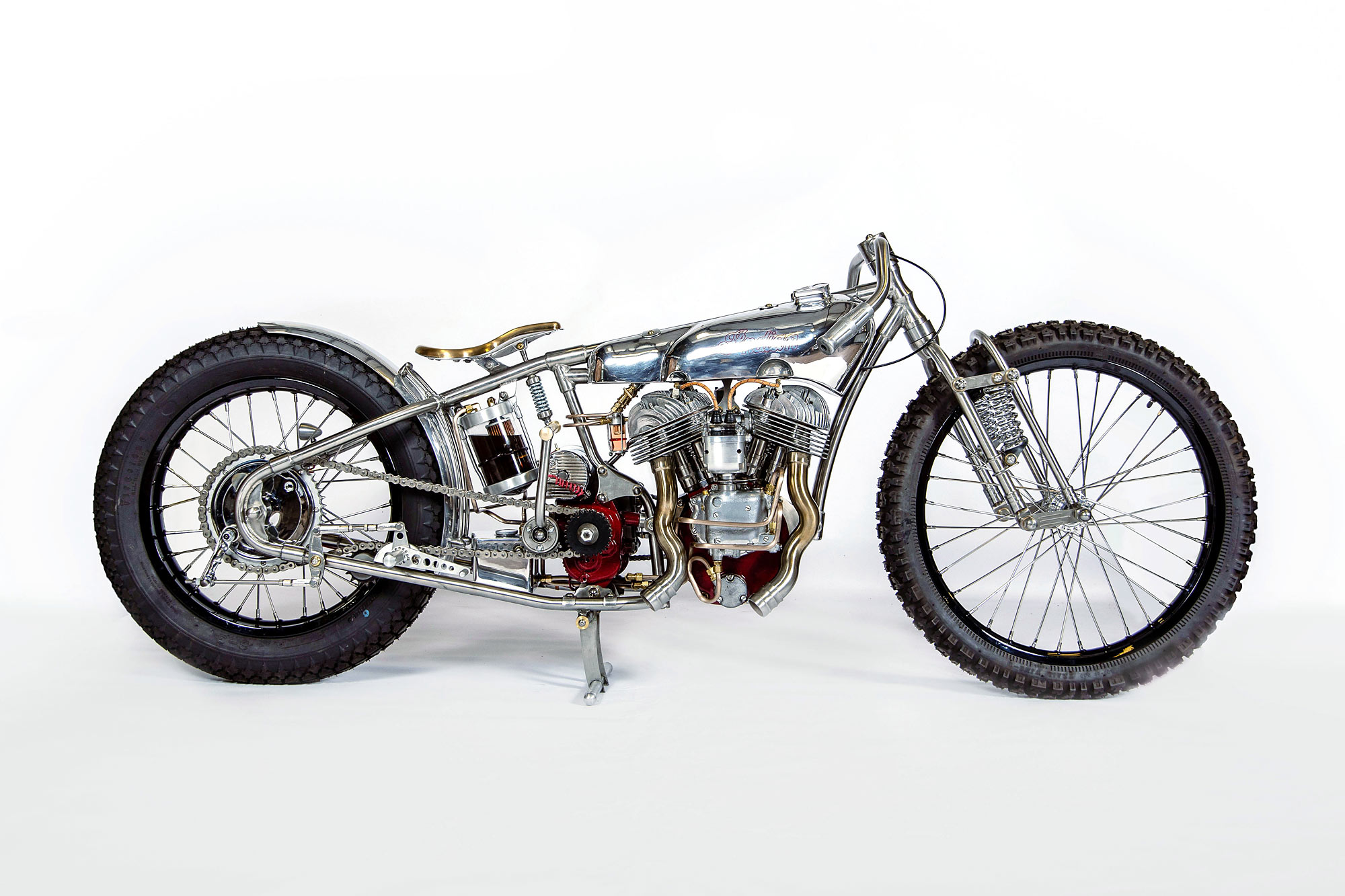 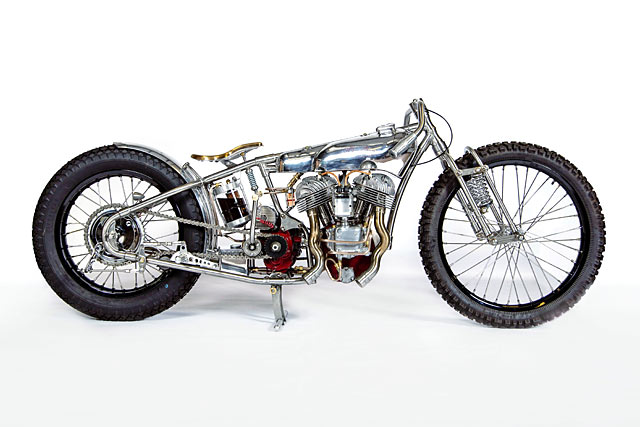 “I grew up in Montana fixing cars and rebuilding engines with my brothers,” reminisces Idaho’s Jon MacDowell, owner of Idaho Falls’ Bonneville Customs. “I have been building custom motorcycles for 8 years. I started out building bikes with my Father-in-law and some friends in a small shop, which grew into what Bonneville Customs is today.” Impressively, ‘BC’ is an after-hours concern where friends and family get together and build custom motorcycles for themselves. “We’ve built a number of bikes now that have won awards all across the country.” And with bikes like this ‘41 Indian Scout coming out of their doors, who’d doubt it? 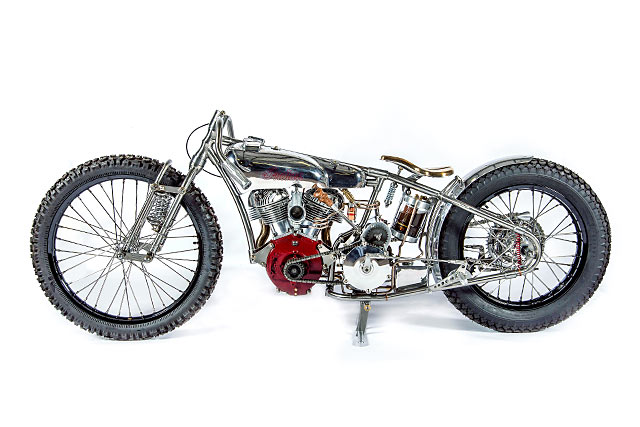 “The motorcycle is essentially a custom bobber that I made into a race-style bike with rear sets and some dropped handlebars. The engine and tranny are from a 1941 Indian 741 Scout.” He calls the bike ‘The Flying Squirrel’, although we can’t recall any squirrels – flying or otherwise – that have pressed our buttons quite this much. “I bought a basket case engine and tranny from eBay. There were a lot of parts missing that I had to pick up from all over the world to complete it. The wheels are from Black Bike Wheels and the rest of the bike I basically designed and fabricated in the shop.” 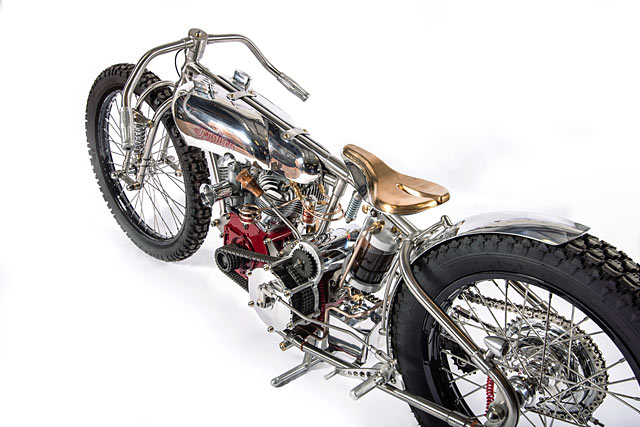 “I’m really into vintage bikes and the looks of the older parts – the way they were cast and the way they look more ‘mechanical’. My inspiration for this build was to create something that was different but that still looked period correct to the style. I like to build things that you don’t see anywhere else, and I can get that from fabricating my own pieces. Since the motor was so small, I wanted to keep the bike low and light. I was going to go with a more upright riding style, but during the build we decided to flip the bars and it just fit the bike so well.” 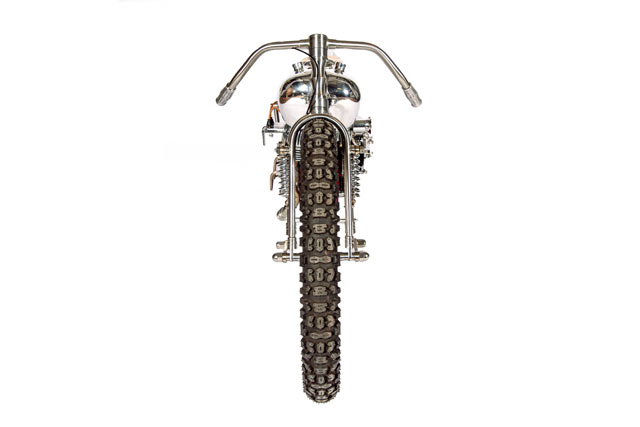 Jon started out building this bike for the ‘Artistry in Iron’ competition in Vegas. “My thought for this bike was first trying to come up with what I wanted to do. Knowing that the engine was small I wanted to keep the bike low. I wanted it to be lower than most bikes you’d see which was easy to do with that motor.” Liking the looks of different type sof raw metals together, Jon decided to go with a triumvirate of stainless, aluminum and brass to keep the bike colorless and looking as raw as possible.

“I spent a lot of time thinking about each part and how I could make it different and how it will look on the bike. Sometimes I would spend days trying to come up with something that fits with the bike, and there have been times I’ve built a part 3 different times just because the lines or style didn’t work with the flow. I also like to use the design concept or the lines on more than 1 part of the bike so it helps to make it flow throughout.” 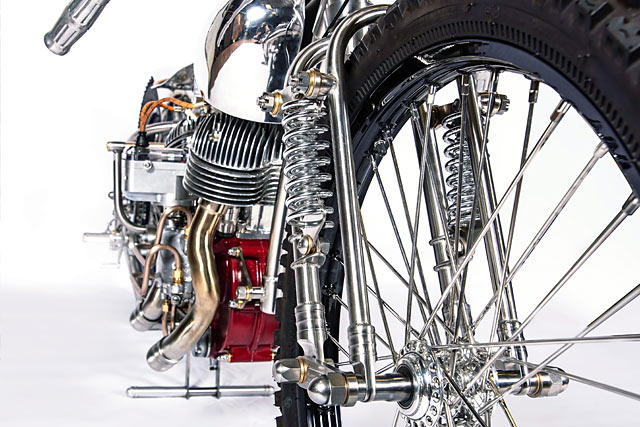 The hardest part for Jon was shaping the aluminium tanks and when you look at the aircraft-carrier-sized job he set himself, it’s pretty obvious why. “I try to learn something new on every bike I build; for this one I learned how to do metal shaping. I’ve done some basic stuff in the past with rounding edges, but I wanted to really shape some metal. After taking some hands-on classes, I started building my own tanks. These were very complicated designs, especially for my first build. Getting the front section to line up with the back part was difficult, and being aluminum, there were areas that were quite difficult to weld and then smooth.” 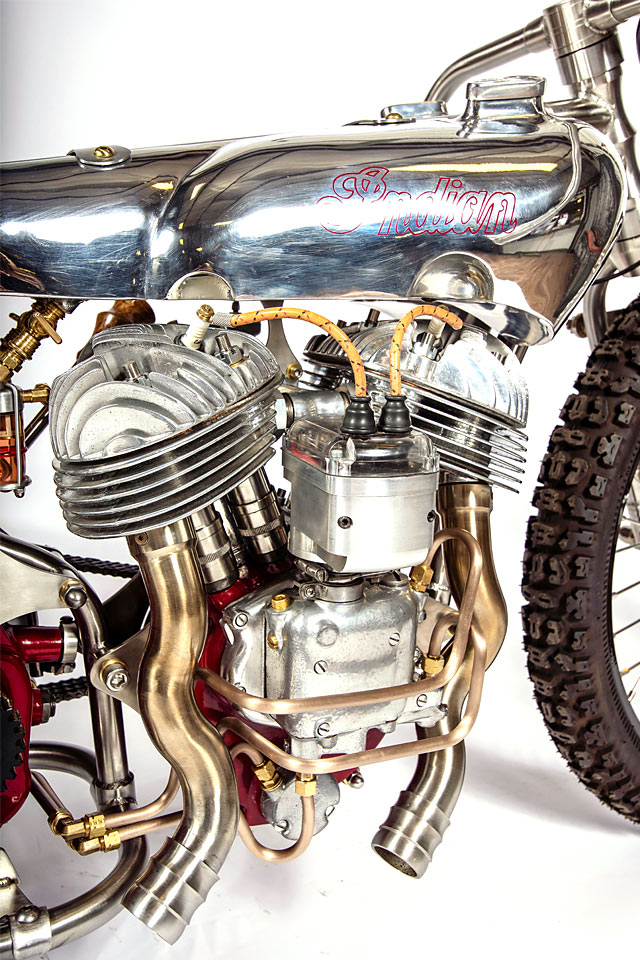 While the bike has a cavalcade of great touches, Jon loves the overall style of the finish product the best. “I am really happy with how it came out and the fact that it still has a lot of the vintage look from that era of bike. This bike was a huge challenge for me; it was a full custom build that I had to complete in about 6 months while still working my regular job.” What an epic achievement.

And have no doubt that the mountains of time and hard work Jon ploughed into the build mean a whole lot more than just saving a few bucks. “It would have been really easy for me to take a short cut and go buy all the parts that I needed, but I was able to build everything I wanted and it all ties together so well.” Well done, Jon. It sounds like real bucket list stuff to us. 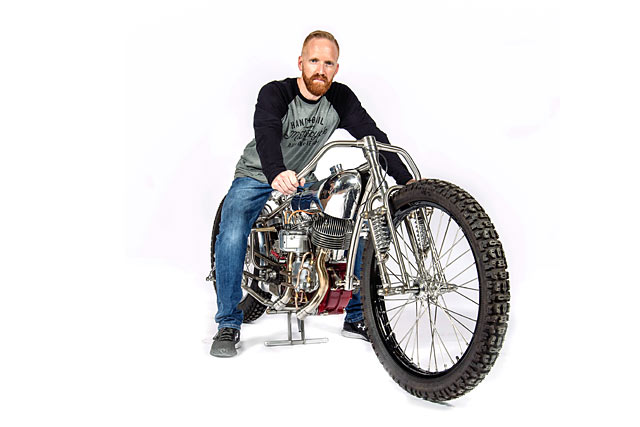