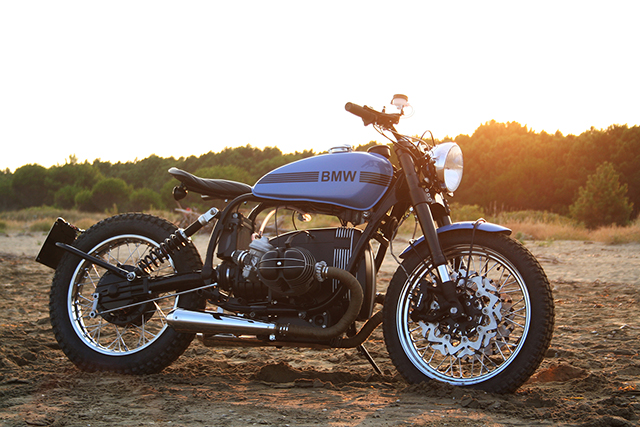 Literally Italian for “motorbike”, La Motocicletta is a small shop in Italy that approaches custom building from a different vantage point than most. Massimo, La Motocicletta founder and head honcho, previously spent his days working on prototypes for major manufacturers, so churning out one-off parts and ultra-clean bikes with a factory level finish is what the man is accustom to. 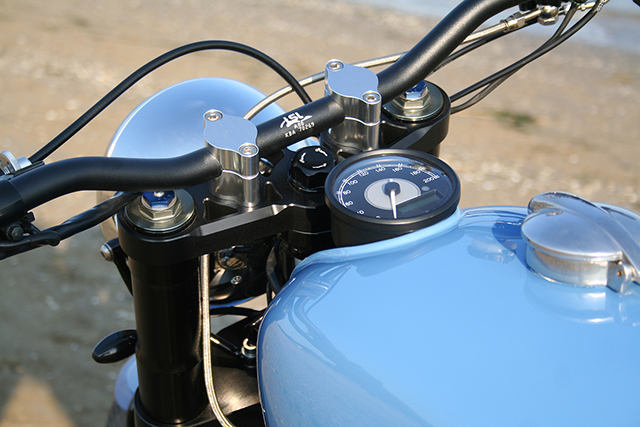 “I spent several years as a freelance designer for Aprilia and Moto Guzzi, mainly working on carbon fiber pieces for the newest concept bikes you see displayed at shows. My most recent works include the Aprilia RS-660 and Moto Guzzi MGX-21,” Massimo relays. 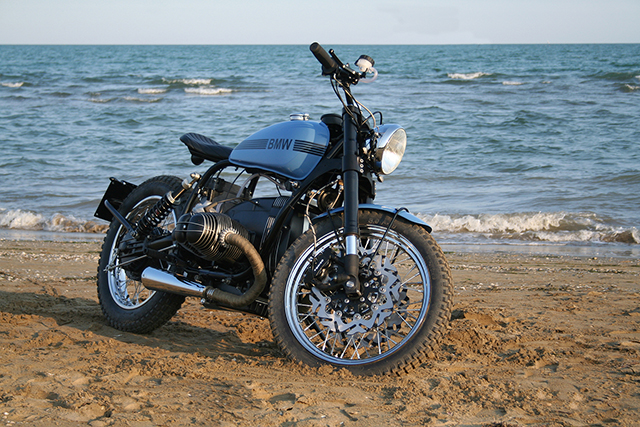 After establishing himself in the motorcycle industry, Massimo decided to start his own one-off bike building operation, working under the banner of La Motocicletta. The majority of the shop’s time is spent building bikes for customers, but every once in a blue moon the Italian outfit builds its own creation exactly as they see fit, not having to adhere to the confines of a customer’s taste or budget. 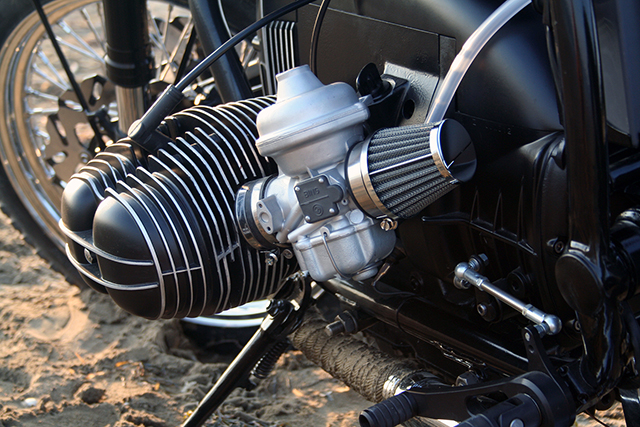 The latest one of these build’s started life as a 1983 BMW R80. First, the air-cooled boxer twin was torn down and built back up using an array of R100 internals. Once back together, the engine was hit with a coat of matte black before having the its fins polished. A pair of Bing carbs and pod filters are now in play, and the stock exhaust has been replaced with two single pipes that swoop down 180-degrees under the cylinder heads before ending in a set of chrome reverse cones. 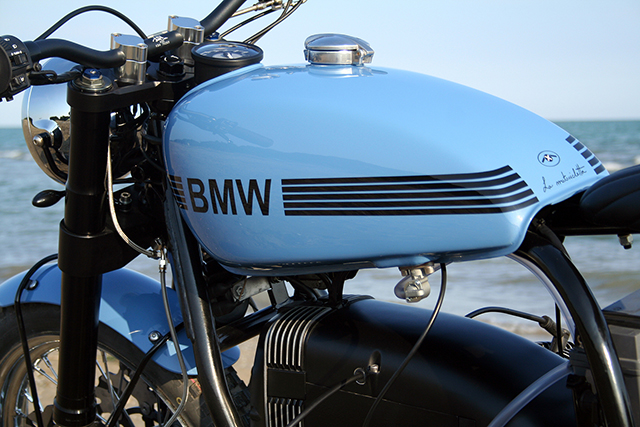 The original front-end was replaced with an inverted fork that’s been shortened, slotted in custom triples, and given a set of modern radial-mount Tokico calipers with custom 320mm petal rotors that, if given handles, could damn-near pass for fantasy weapons. Out back there’s an off-set mono-shocked single-sided swing-arm borrowed off a GS-spec or later-model-year R80. 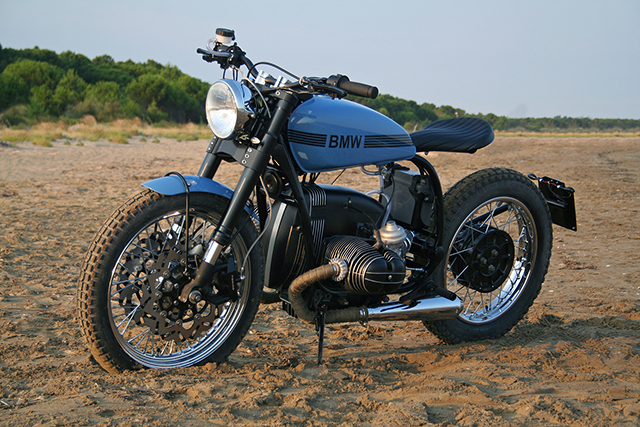 The custom airhead’s piece de resistance is undoubtedly its tank. The top of the sculpted fuel-cell curves back, tapering towards the seat before reaching the bottom and running straight back in a line that continues through the floating bobber-style saddle. Resting squarely atop the frame rails with no externally visible brackets or mounting hardware, the tank also features an analog speedometer housed neatly in a cavity just behind the triple. 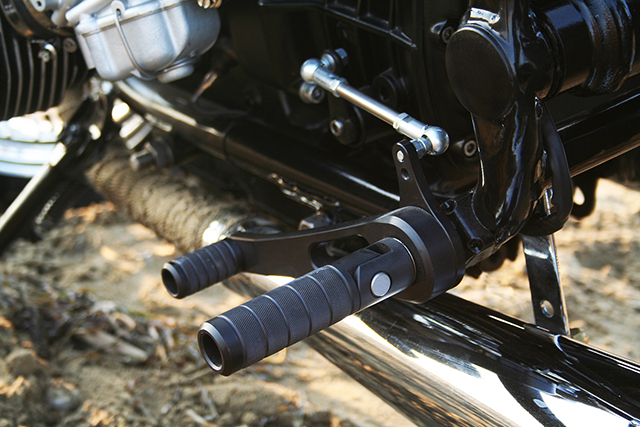 A set of black LSL bars with high-end levers and modern switchgear now constitutes the cockpit, and the bulk of the BMW’s electronics have been discreetly hidden within the new tank — a task Massimo says was exceedingly difficult to accomplish. 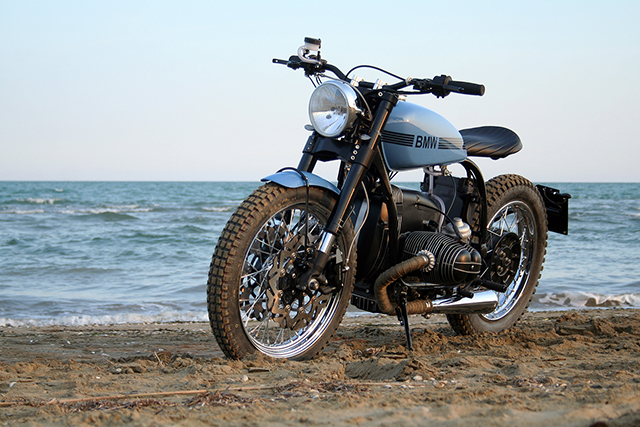 The front fender is another bespoke part held via a pair of hand-bent brackets. There’s also a one-off license plate bracket that serves as the mounting point for the rear indicators. Hung from the back of the tractor-style saddle is an equally-vintage red circular taillight. A host of smaller components were designed and machined in house at La Motocicletta. The build’s rear-sets, risers, triples, and all of the other brackets are one-off billet pieces. 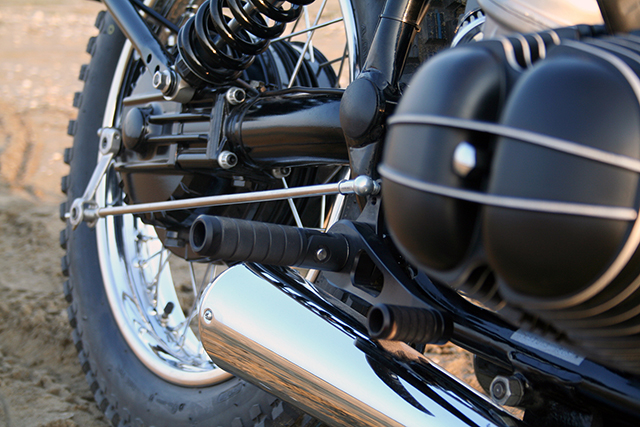 The paint on the tank and fender are nothing short of perfection. The light blue livery sits under over a dozen transparent layers, polished between each application for an immaculate finish. Instead of the brand’s traditional Roundels, Massimo opted for the BMW name on the tank, painted in black and interrupting quintuple horizontal striping. 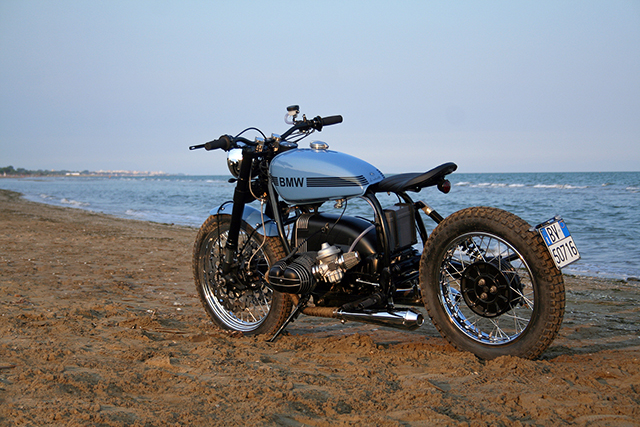 The frame and swing-arm have also been powder-coated in black. Out front is a round headlight with a bucket that adds another dash of chrome to the equation, along with the one-off tank cap and rear-shock mount. Chromed spoked rims and shallow knobby rubber complete the package. 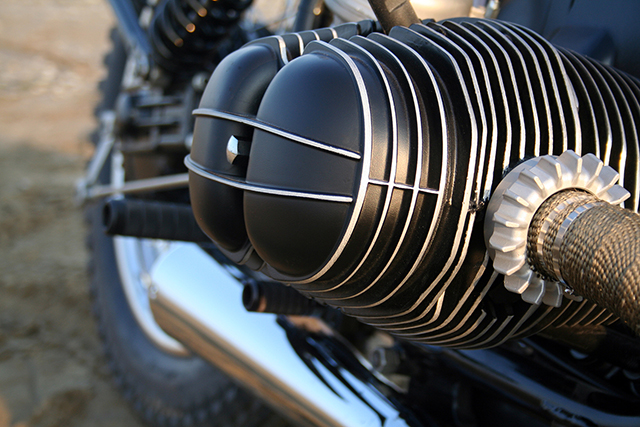 Massimo tells us that the bobbed Beemer is far more than just a collection of one-off parts, and that each individual piece was designed to collectively culminate in a highly-cohesive overall package. 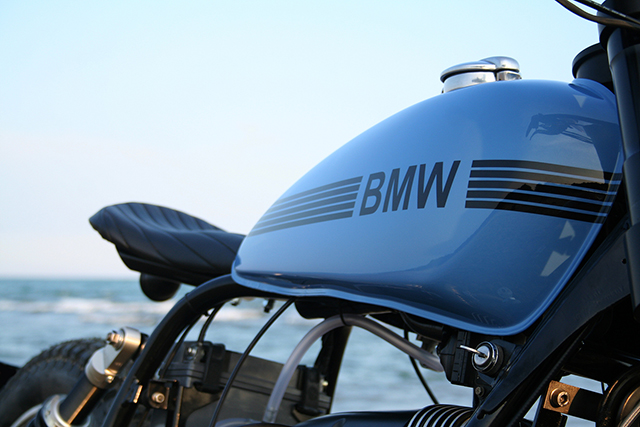 “Every single component, from the front headlight to the rear suspension, and from the foot rests to the gas cap was calculated in its position with the mathematical rule of the “golden ratio” to have a perfect harmony on the whole.” 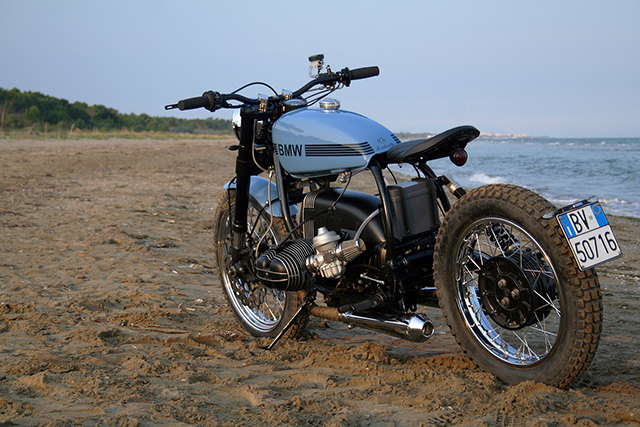 Massimo and his guys have delivered a well-thought out, elegant machine that’s the sum of a myriad of exquisite parts and details. And with upgraded running gear, this once tired old R80 surely rides as good as it looks. I don’t think this is the last we’ll be seeing from Massimo. 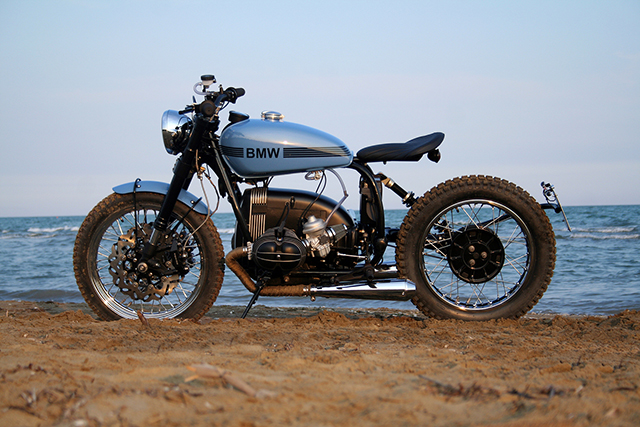 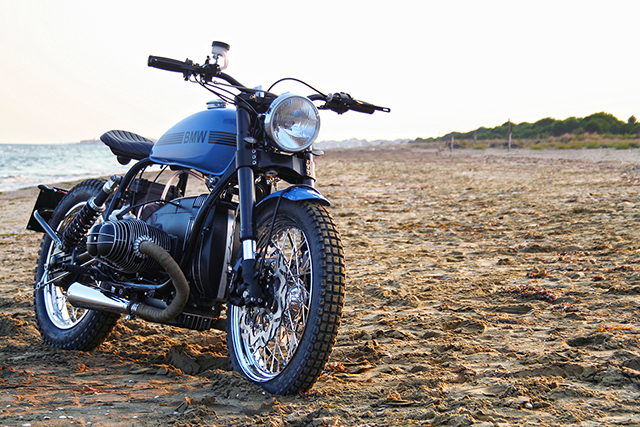 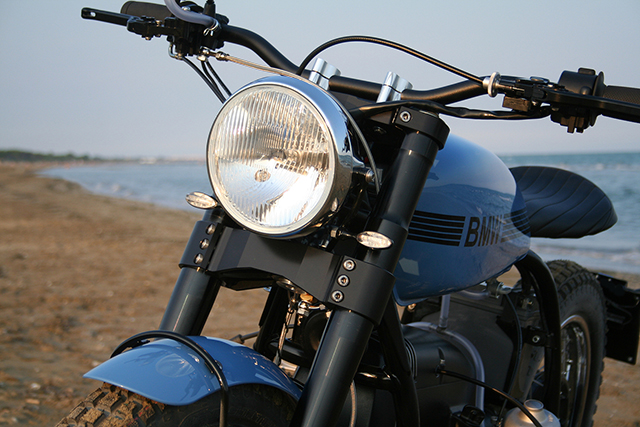 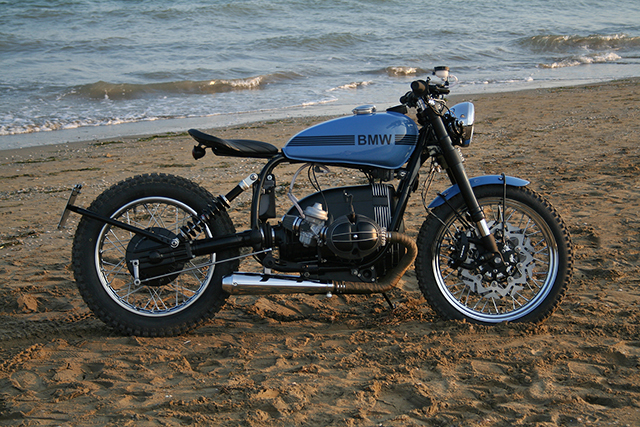