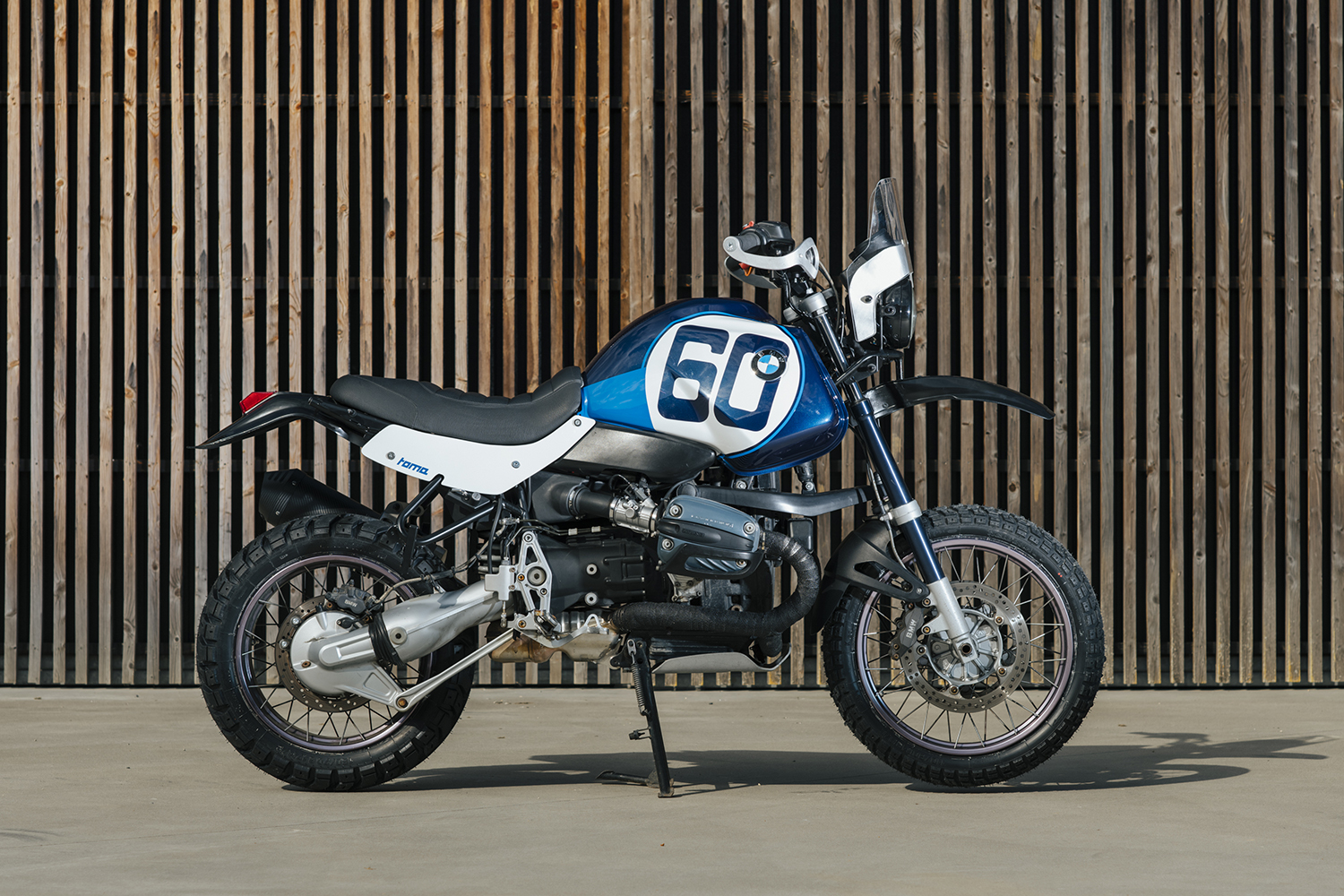 There’s no denying the latest trend in the custom bike scene is building retro inspired and stripped-back desert sleds and adventure bikes. But taking on an adventure bike project can be a lot more challenging than it looks. The team from TOMA Customs found this out the hard way when their client, Bernard, approached them to transform his BMW R1150GS Adventure. Bernard is a filmmaker and no newcomer to adventure riding; he filmed and produced the Yamaha World Raid Tour, introducing the new Ténéré 700 to the four corners of the world. With his experience in riding, he knew exactly what he wanted: a lighter and more fluid motorcycle for off-road and road trips. He also wanted to be able to keep enough protective equipment for when he ventures off the beaten track. Lastly, he needed the seat to be able to accommodate an occasional passenger and also wanted to keep the original fuel tank with its large capacity for his long off-road trips. Doesn’t seem too hard does it?

After the donor R1150GS arrived at the TOMA headquarters in Brussels, they knew they would encounter a number of technical challenges, knowing that the GS model of the 2000s can be difficult to customise. “The Telelever front suspension was a serious obstacle,” says Thomas from TOMA. “Every part of the bike is designed to fit together in a unique way. This means that to make a balanced custom motorcycle, you have to rework virtually every position from front to rear.” This would be one of the main reasons the team spent over 370 hours building the GS.

Most of the parts were custom made or adapted at the TOMA workshop including the front rally fairing, handguards, cockpit structure and speedo holder, front/rear mudguards, side covers and rear part of the subframe, as well as the saddle, which was built and sewn in their workshop.

“The rear of the factory R1150 GS is quite crowded and overbuilt, so we reworked and shortened the end of the frame and created a new saddle. The new configuration is built in a more minimalist way, tapering towards the rear with the new mudguard that is now fixed directly to the frame.”

Up the front, most of the original cockpit ended up in the spare parts bin. They removed the bulky fairing and twin headlight combo and replaced it with one large main headlight which was complemented by a smaller long-range LED light for extreme conditions. A rally fairing was hand-built and a new front fender was adapted, giving the bike a more classic enduro look.

The stock instrumentation of the GS was retained and mounted on a smaller homemade bracket. The original handlebars have been replaced by a black oversize model and pivoting risers to better suit Bernard’s type of riding, but the original BMW switches have been retained.

“On the whole project we played with a mix of modern and retro touches so that the bike would look timeless. The front rally fairing, handguards and minimalist turn signals give the bike a modern enduro style, and the bodywork, side covers and mudguards are more reminiscent of the enduro of the past.”

The original bike was in very good condition and this GS model is known for its reliability. “We wisely left the engine and airbox untouched, but we replaced the exhaust muffler, which is now mounted on a bracket attached to the frame, and wrapped the exhaust pipes.”

To finish the bike off, the front fairing and modified subframe were painted black internally and the rest of the bike was given to master vintage car painter Carrosserie Janssens to work his magic. The final result is a beautiful regal blue that works perfectly for this Bavarian bruiser.

Despite some delays related to Covid, the bike was finished just in time for Bernards next off-road trip in France. After the countless hours of work the TOMA crew put into this build, it was all worth it to see their client’s reaction when he first saw the finished bike.