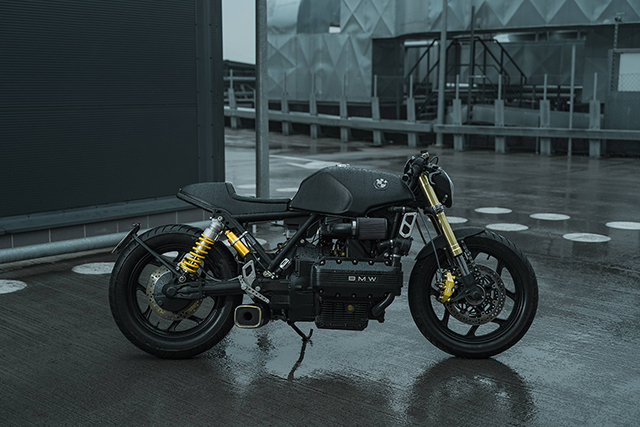 We’ve all dreamed about it at some point, handing in our resignation and stepping out into the world on our own to be the one who calls the shots, the boss! Some will make it but most of us, for good or for bad, will remain punching the clock from 9 to 5. From a very young age however, Lithuanian, Matas ‘Matt’ Rinkevičius had two things running through his veins to launch him to success. An entrepreneurial spirit and a deep love of all things motorcycles, so it makes absolute sense his company is called Two Wheels Empire and their latest offering is this beastly BMW K100 known as the Silverback Gorilla. 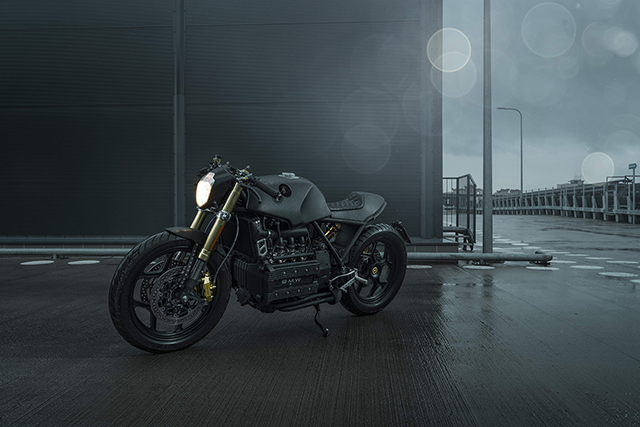 At just 12 years old Matt was riding scooters and fixing them up before selling them off so he could make his next purchase. By the time he was 16 he had his own eBay store and ever since he’s been involved in the motorcycle industry in a variety of roles, almost always at the same time; as a mechanic, salesman, journalist and racing Supermoto and Motocross. In 2014 he’d risen to be the sales manager of the largest motorcycle dealership in his home country of Lithuania but still, his heart cried out for more. 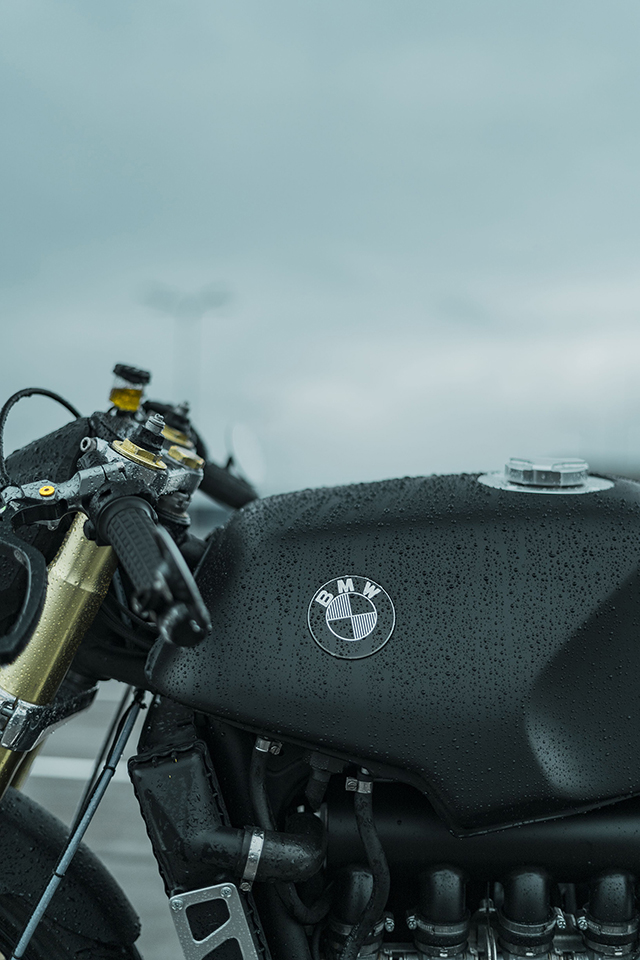 So after some deep reflection he handed in his notice and set off on a path to building his own motorcycle empire. Now with locations in three countries, the business is a mix of sleek one-off builds, motorcycle merchandise and a range of multimedia solutions for the industry. But success brings compromise too and when a German customer saw Matt’s custom K100 known as Black Mamba, he wanted one exactly the same. Although not thrilled about replicating a path already taken, it was a chance to test their building abilities against Germany’s ultra tough road registration laws. 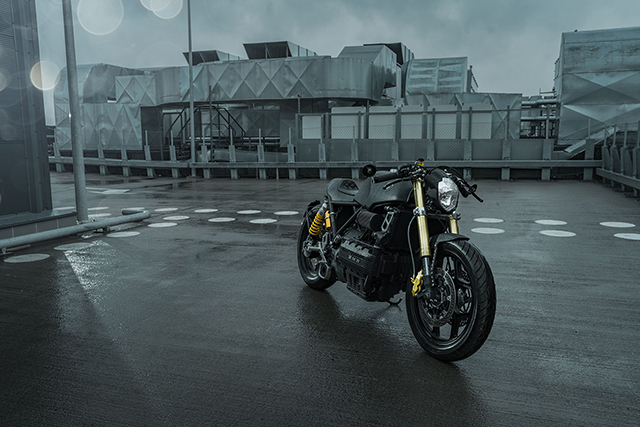 With the donor BMW at the workshop in Kaunas, it was up onto the lift and time to strip down the 500lb+ flying brick. Such a bulky bike with complex for its time fuel injection, strange engine layout and K series quirkiness is not easy to work on, so getting it down to a bare frame is essential. This allowed Matt to then cut off the subframe and rather than simply add a hoop, the tail is totally transformed with a newly fabbed backside that matches the bikes naturally angular lines. While perched on top is the stunning tail unit and seat combo that can be purchased via the company’s webstore. 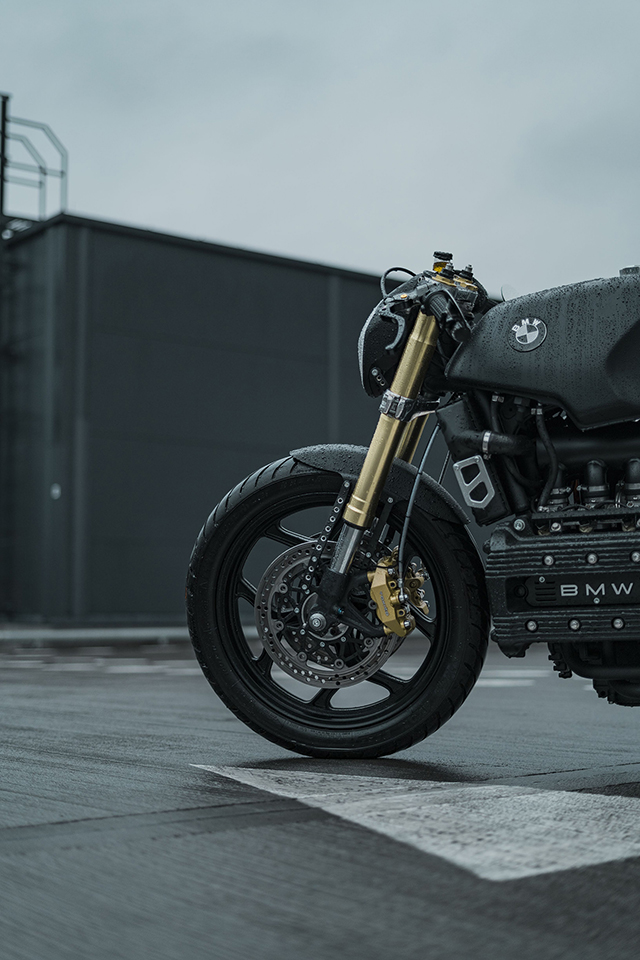 To add a sense of lightness to the big girl the centre section is left open, the negative space a result of the removal of the factory air box. Before the big Silverbacks shoulders show off more aggression with the factory tank given subtle changes to bring out its muscular side. On top the factory filler cap is ditched with a new fitment inserted to accept the machined alloy cap for a serious touch of class. To ensure passing Germany’s road test was a breeze, there is a front fender positioned over the tyre with custom drilled mounts, while a number plate holder bolts to the swingarm’s single side. 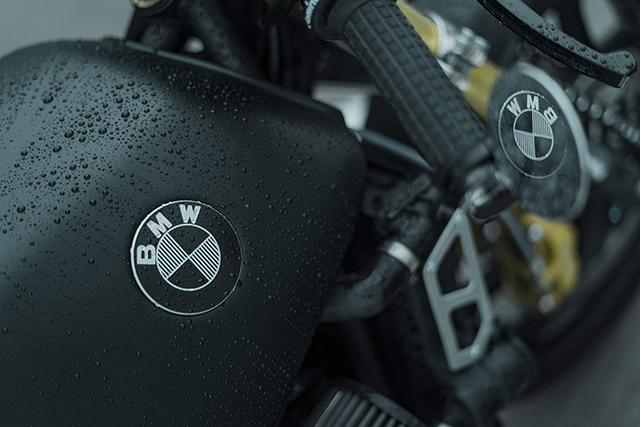 With the metal work done it was time to get the bike rolling and a beast of the wild can’t have spindly little limbs. So the front forks are thrown away and with new bearings and a steering stem change, a set of modern USD forks from a Suzuki GSXR are bolted into place. The addition provides the sort of braking power that every K bike needs, twin drilled discs that are clamped by Tokico calipers. Very cleverly the factory front wheel is retained, matching the rear item exposed by the swingarm, which is controlled with only the best from Ohlins! 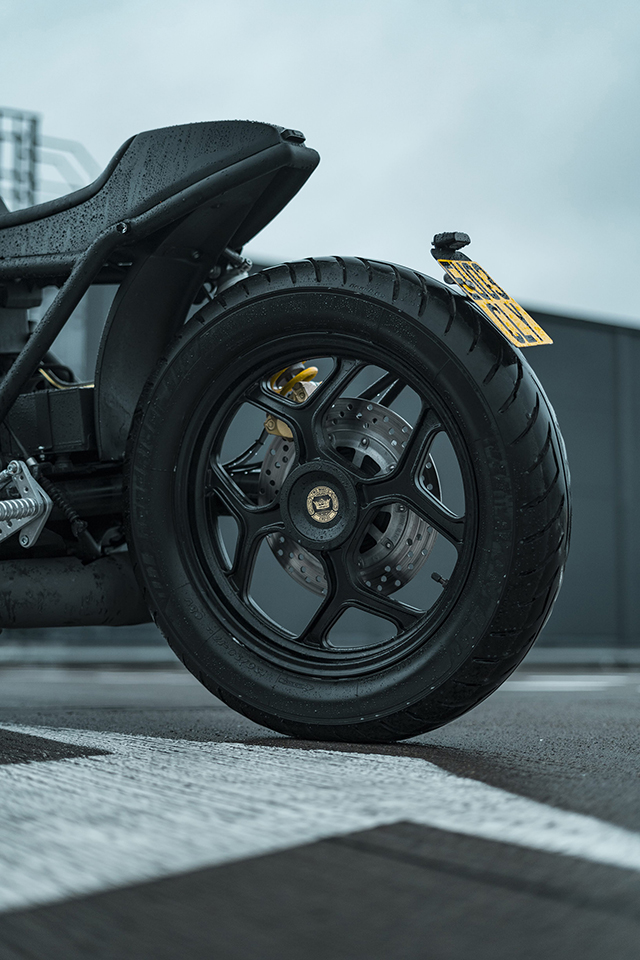 Moving to the engine and Matt has done a great job at making the big four-cylinder engine look like a cohesive part of the entire bike and not a huge lump of ugly metal. All blacked out, the air intake is redesigned with a custom made manifold and pod filter that wraps neatly around the side. To satisfy the road testers the factory exhaust headers remain in place, while a custom box muffler and side exit chrome tip gives the owner the look and the soundtrack they were after. Before bolting the lump back in the wiring loom was torn apart and rebuilt reducing mess and complication. 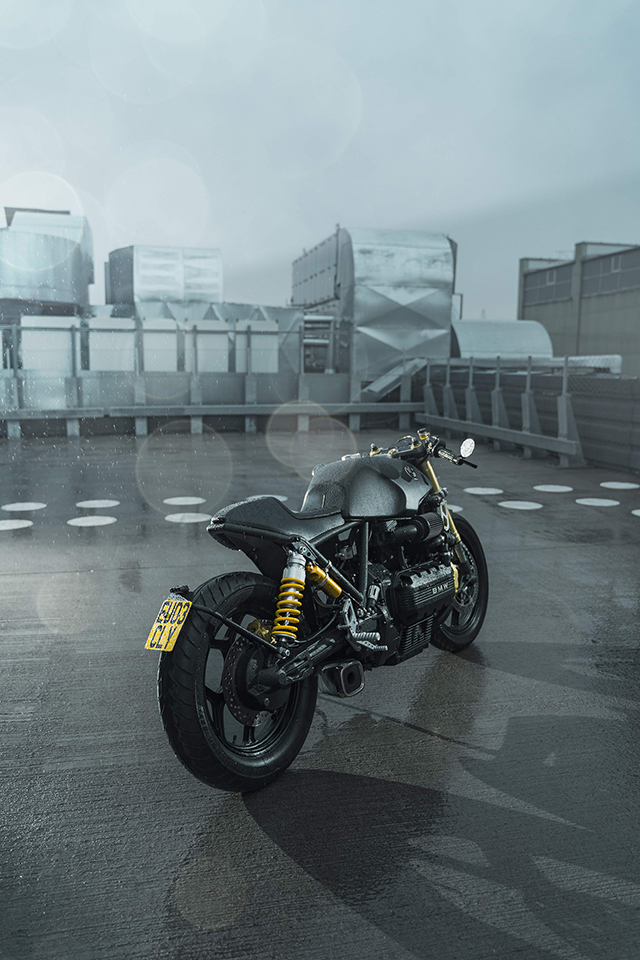 Here the addition of a full array of Motogadget pieces come to the party with speedo, indicators and control unit adding a serious touch of minimalist style. The headlight design has been well used in the streetfighter world, but it finds its perfect home on the K bike with the angular lines only adding to the muscle. A host of quality custom parts are taken from the shop’s store, like the footpegs, shifter and big dollar Brembo RC19, which all combine with the matte paint to give the brutish Silverback a fearsome presence. With the bike successfully passed for the German streets, Matt and his Two Wheels Empire move on as they add video content creation to their already bulging arsenal, in pursuit of being the King Kong of the custom bike world. 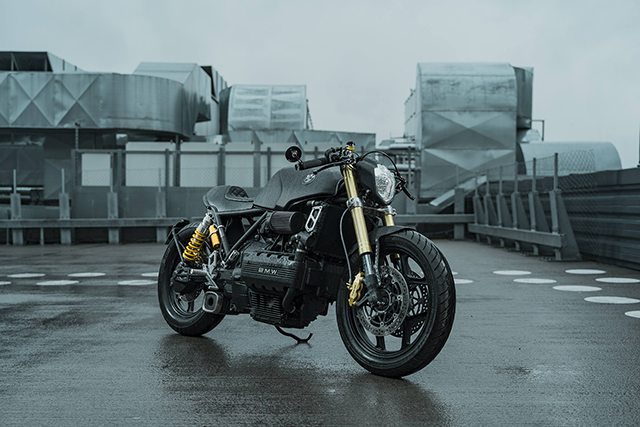 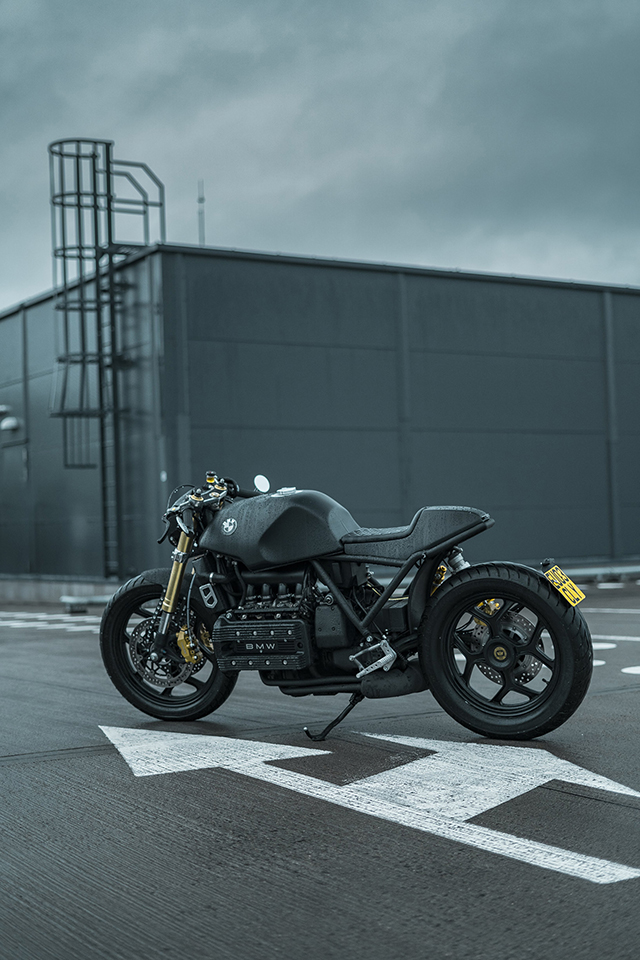 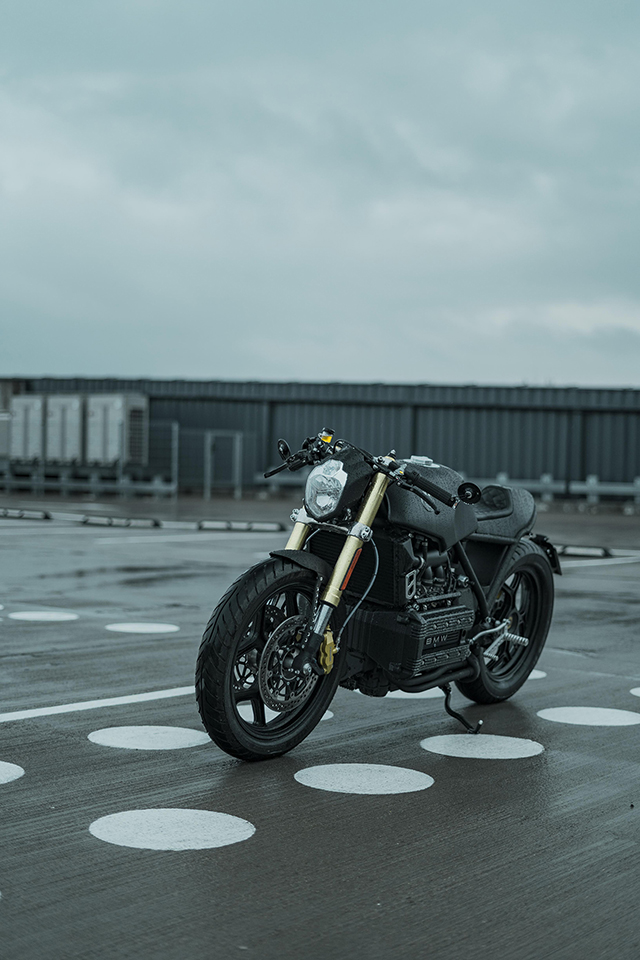 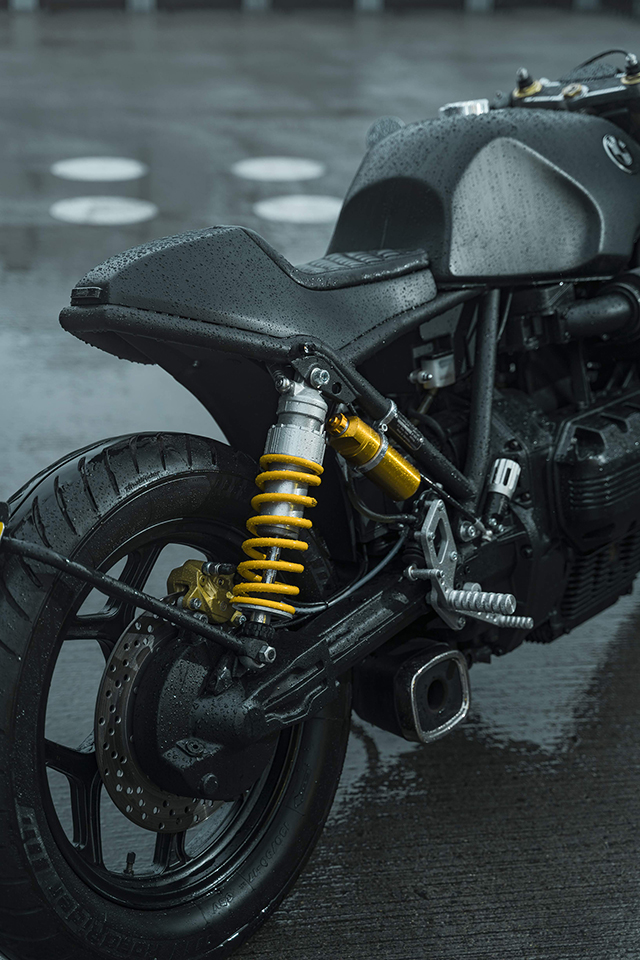 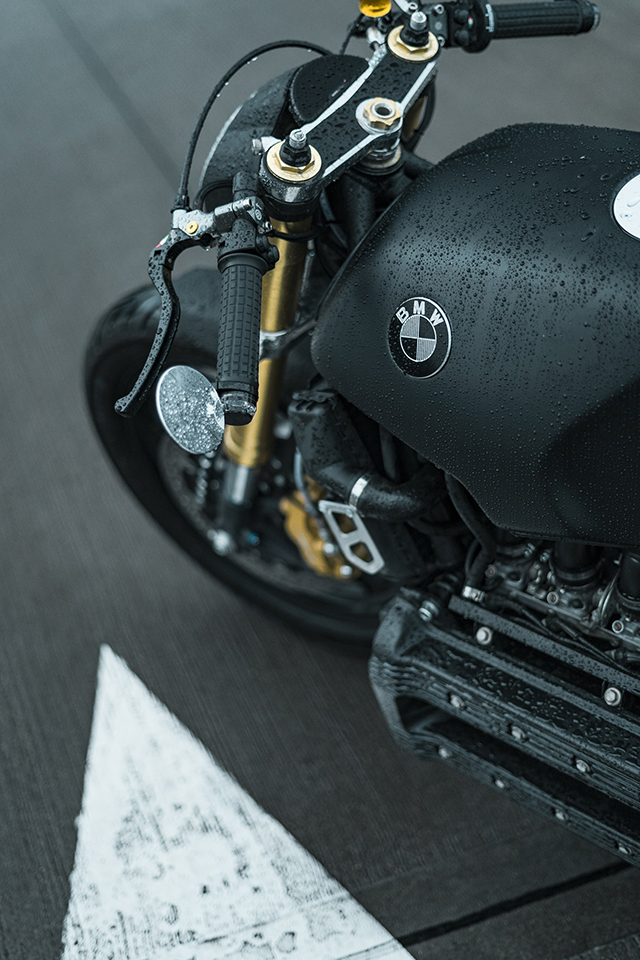 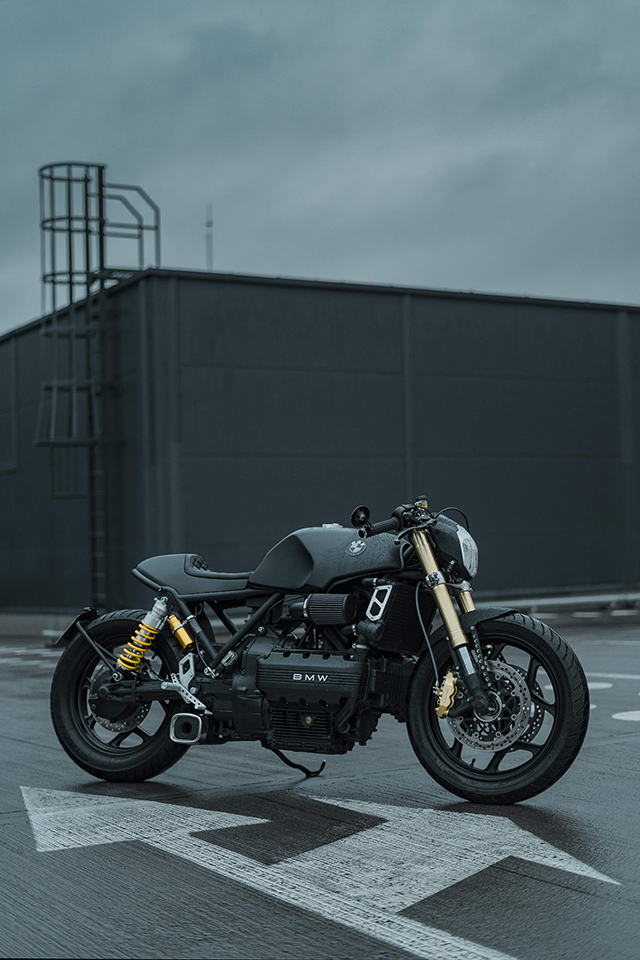