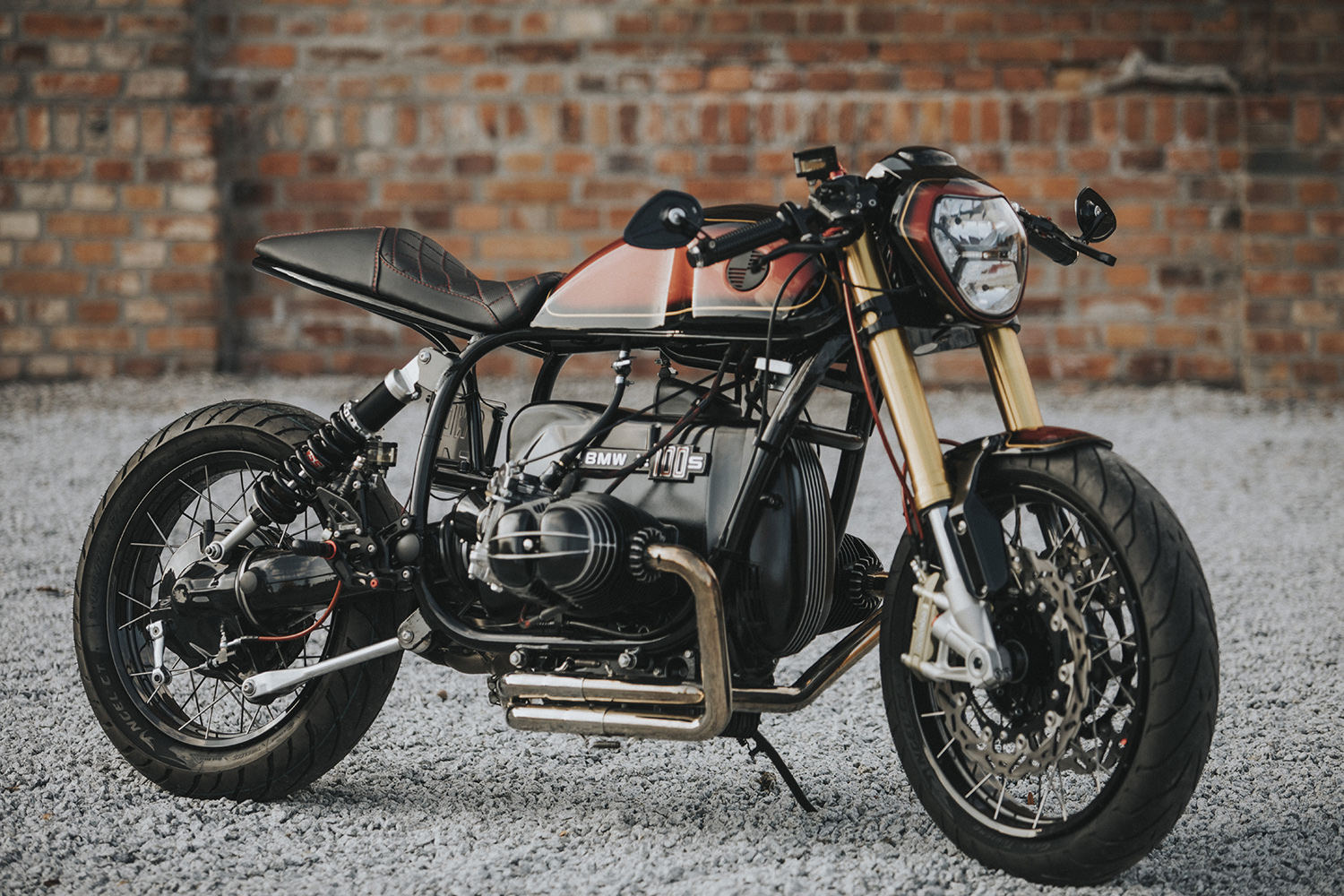 Over 12 years ago, a Sydneysider bitten by the bike bug set up a little blog that has grown into the Pipeburn website you see before you. At the same time, on the complete opposite side of the globe in a small town in Poland, two brothers with the same love of two-wheels set up their own small operation. Finally, over a decade later, thanks to the power of the internet and a shared addiction to custom cool, the two collide. From Rydułtowy in Silesia, comes Borsukiewicz Motorsport, and having cut their teeth in the early days on streetfighters, they’ve given a BMW R100S that same potent vibe and it’s ready to rip up the roads.

One half of the Borsukiewicz brotherhood, Lukasz, fills us in on their story, “motorcycles are me and my brother’s hobby, we have been dealing with them for about 20 years, together with my brother we run a small workshop where we rebuild and repair motorcycles. The beginnings of the custom bikes started in 2008 with the legendary GSXR 1100 and our first street fighter was built on this basis.”

Over the years trends have changed and so too the desires of the customers who walk through the door. But the basic principles of less weight, more power, and improved looks will always stay the same and the boys from Rydułtowy have brilliantly adapted their skills to trick out this BMW classic. Immediately you pick up on their streetfighter past, with the modern headlight from a BMW R1200R customised with a 3D printed surround setting the stage.

But moving a little further back and the metal is anything but, with the boys picking up a reproduction example of the classic Mojave fuel tank, and putting their metalwork skills on display have beaten it into an ultra-smooth example and customised the tunnel so it would fit on the very different BMW frame. To finish out the basics of the aesthetic, that frame had to come in for some heavy modification, with the subframe completely thrown aside.

In its place, an all-new item has been fabricated that doesn’t just act as the support for the seat but determines its style with the metalwork forming part of the look. But they weren’t finished there, rather than run the second set of supports off the centre posts, they’ve instead utilised the space afforded by the side-mounted shock to build a central support, that results in a super clean finish. Now with the help of local upholsterer, Lucky, the rest of the seat could be sewn up and it looks a treat.

As good as it looks, however, compared to the brilliant two-tone paint job it simply plays a supporting role. With the black and glossy burnt orange only looking even more brilliant in the sunlight and the gold pinstripe really setting it off. To match that highlighting colour and begin the handling transformation, the brothers picked up a set of BMW S1000RR front forks and adapted them to fit on the much older frame. Not only does this give a massive upgrade to the suspension, but the accompanying Brembo radial calipers and wave pattern discs give the brakes a serious overhaul.

To get the rear end up to the same standard, it was decided that the factory swingarm just didn’t have the rigidity to keep up. So a much beefier unit from a BMW R80GS has been adapted to fit with a custom YSS shock selected for its control. There was no way they were going to fit the original wheels to this kind of setup, sp tubeless rims were powder coated along with much of the rest of the build and laced to BMW hubs. The classic Boxer engine was one of the many coated parts, but not before the heads had been converted to twin spark.

This was part of an extensive mechanical overhaul that includes everything from big new Mikuni carbs with custom velocity stacks, all the way through to modern ignition from EnDuraLast and Dynatek. A completely new wiring harness was required and with the electrics getting an overhaul, the best part of the entire Motogadget catalogue was used throughout the bike. To finish out the build a custom set of stainless steel headers merge under the engine and then cross to the other side before pumping the boxer beat out of a pair of Leo Vince mufflers.

It might have taken us over a decade to meet the brothers of Borsukiewicz Motorsport, but we are oh so glad we did, as they deliver a timelessly good-looking BMW with plenty of fight to attack the streets.