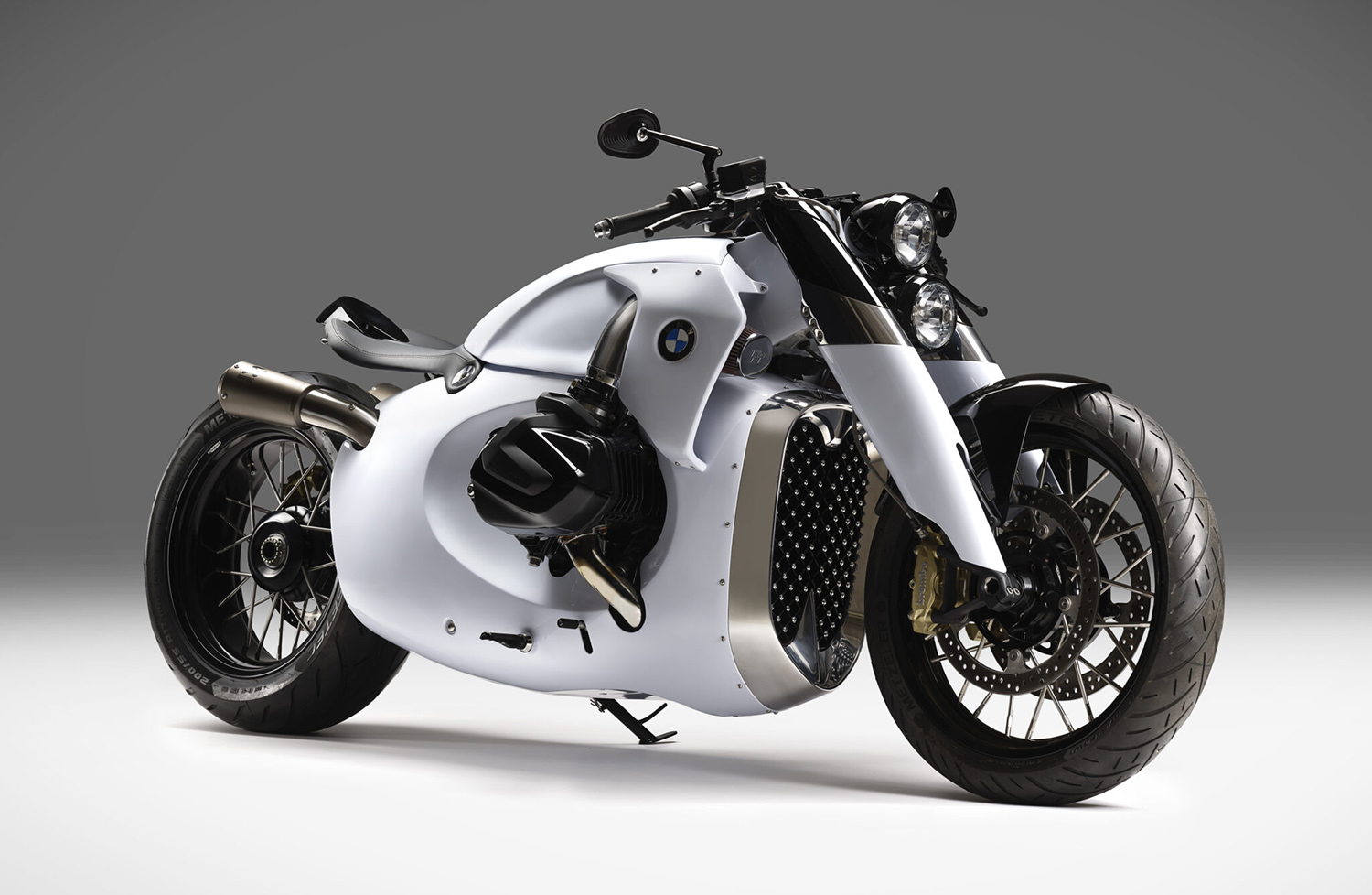 Taking the leap to revive a defunct motorcycle brand is an enormous undertaking that doesn’t always have a happy ending. For every company like Triumph that is back and better than ever, there is a Norton with its missing millions and buyers seriously out of pocket. But our long time friend from Estonia, Andres Uibomäe, has mounted one of the most successful rebirths in recent history and given his homeland’s Renard Motorcycles a stunning new lease on life. From high-end production machines, to a host of crazy cool customs built under the Renard Speed Shop banner, the Tallinn based outfit can do it all and their latest bike ‘Reimagined’ is the ultimate street cruiser.

The original company operated from 1938 to 1944 when a bombing raid during the Second World War destroyed the factory and just about every last remnant of their products. In 2008 the company was reborn under Andres Uibomäe’s leadership and they launched the incredible Renard GT, a carbon framed and Euro-compliant cruiser that is simply incredible. We interviewed Andres back in 2011 and by 2014 his teams custom builds were in the Pipeburn Bike’s of the Year Top Ten. Since then, most of those custom machines Renard Speed Shop has built have been more ‘conventional’, that is until Reimagined was unveiled.

It shares similarities in design to the original GT model, although this time the project is based around a brand new BMW R1250 R. The Bavarian brands naked roadster might seem an unusual choice for the basis of a cruiser, but packed with technology and one hell of a new Boxer engine, Andres had a vision that simply had to be brought to life. “The new generation BMW 1250cc boxer is an ideal platform for a custom motorcycle build. Renard’s concept was to create an eye-catching and unique city cruiser on that very platform.”

The visual changes are simply enormous, with the BMW two-up factory seat with luggage racks long gone. In its place is a custom subframe that suspends a single seat with the most incredible lines. Tightly trimmed and with absolutely flawless stitching, the seat unit itself hugs the lines of the bodywork to perfection. Then there is more genius, with a bobber-styled seat normally having to find another place to mount the taillight, Renard have instead added a modern touch with a miniature tailpiece, beautifully shaped, that holds the LED unit.

“The body panels and fuel tank are handcrafted from aluminium,” Andres explains. And clearly, an extraordinary amount of time went into the original computer design to ensure that every piece not only fits to perfection but allows for the motorcycle to operate as it should. Just feast your eyes on the cutouts for the pegs and the openings for the foot controls that seem barely there but don’t inhibit their movement. Even the recess for the kickstand is a thing of beauty, allowing for flawless operation when extended and then completely concealed when the bike is in motion.

The hand-made fuel tank must have been an exercise in patience, ensuring that all of the factory fuel injection pump and parts fit and yet don’t disturb the design. Which with its broad shoulders and all encompassing panels, gives the BMW a bold muscular appearance like few machines out on the road. That is all further enhanced by the enormous and imposing front grille that was machined on a CNC from a single piece of solid aluminium billet. The same process used for the top triple tree that helps give the bike a more raked out stance.

The forks are then covered to continue the theme and each piece that runs the full length of the suspension was 3D printed for an exacting finish. Between the forks sits the over and under LED projector headlight arrangement and it starts to take a keen eye to remember that this is in fact a factory BMW. A company known for offering excellent wheels right out of the box, with mag, spoked, alloy, and carbon designs all available on various factory models. But, that still wasn’t good enough for Renard, who worked with Italian firm JoNich Wheels to craft the perfect set of rims.

Utilising the R1250 R meant the powerplant is the incredible new Boxer twin with BMW ShiftCam technology for incredible power and torque at any RPM. So rather than hide it away, the heads are allowed to sit out in the sun and draw air via twin pod K&N air filters that snake their way forward through the bodywork. Heading back in the opposite direction is the exhaust flow, with Akrapovic supplying the titanium mufflers that were originally fabricated for the Ducati Panigale Superleggera. The end product is simply out of this world and more than meets the brief for being the ultimate street cruiser, and all that’s left to do is marvel at Reimagined by Renard.