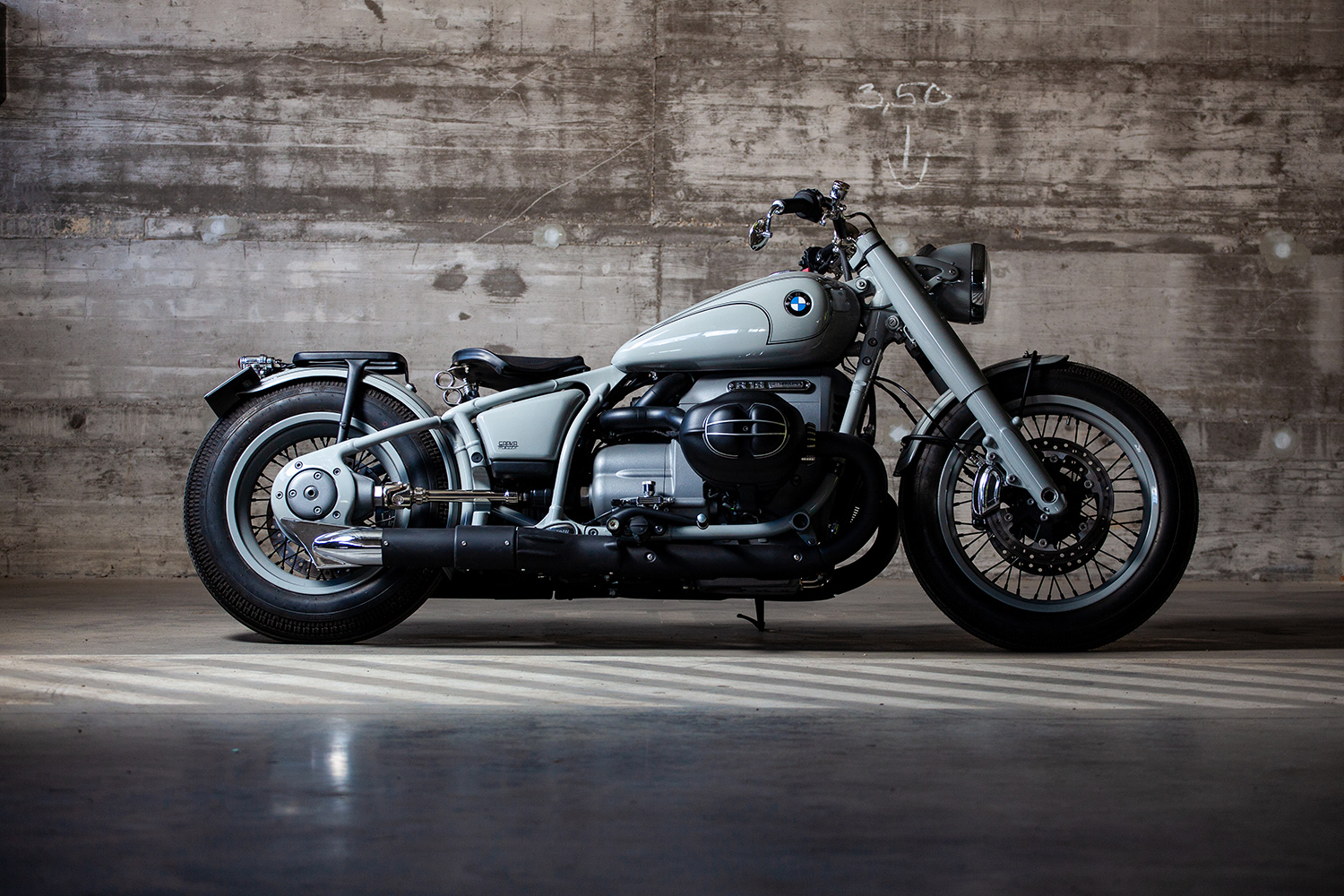 For the past 100 years, BMW has been building motorcycles, and from the very beginning, they’ve been doing it their own unique way. But for all that time, it’s hard to think of a single model from the Bavarian factory that has ever been truly terrible. Bland and a little boring sometimes, yes, but bad, no! The same can’t be said for most other major manufacturers and it’s sadly true that it can also be the case for many who have entrusted a builder with their bike and been handed back a lemon. So wanting a brilliant BMW without taking any risks, one wise man called another and Hungarian custom master Sapka has turned BMW’s latest retro rocket, the R18, into a brilliant bike that celebrates a century of doing things just right.

The name Sapka will probably be known to those who closely follow the AMD World Championship of Custom Bike Building. It is the alias of Pakozdi Tamas who had a second-place finish in the awards, as well as a host of other trophies and a European title. But for the last few years his workshop has fallen quiet and many believed he’d laid down the tools and retired. Which in fact was true, until he received a call from Tibor the owner of the R18.

It had been purchased brand new from a BMW dealer and Tibor had a vision of instantly having it customised. But, he’d gone down that path once in the past and been badly burnt when a builder’s advertised skills fell a long way short of living up to standard. So for this project, Sapka would come out of retirement and the pair sat down to plot a path forward. “Tibor wanted a useable bike with modern parts, forks, and chassis, but I went with the opposite,” Sapka smiles.

“I was thinking, Tibor has another bike for riding, but this BMW has to be the bike from the past, with original parts, and he accepted the enthusiasm of his chosen craftsman.” The idea was not to give the bike a radical makeover or cut the frame, but rather to enhance the product to give it a vintage vibe and one that was tailored specifically to Tibor, right down to the controls being perfect for his height and weight.

The first step was to rid the bike of a bunch of plastic parts, shrouds, and coverings that dot the bike but have no place on a vintage piece. Then the fenders were also shown the door and that is definitely not a bad thing with BMW not having really got the rear end quite right from the factory. In there place go a set of hand-rolled guards, with a beautiful rolled edge and hand-crafted mounts. For the rear, part of what keeps the guard in place is the classically styled luggage rack, that like much of the new metalwork is finished in a textured black coat.

But perhaps the biggest visual transformation is the paintwork and hitting that many parts with colour and pinstriping is a hell of an undertaking. The hue itself is taken from the colour used on the BMWs of the Belgian Royal Guard in the ’30s, with help from the BMW museum to get the mix just right. The new spoked wheels are from a Hungarian manufacturer and have been treated to the same flawless paint job before being wrapped up in vintage-styled rubber. With the classic transformation completed with a ’50s styled Denfeld solo seat on twin springs.

This was the beginning of transforming the bike to suit Tibor’s personal preference for riding position and the next part to go was the bars. Rather than the up-swept stock pair, the new blacked out bars are more of a drag style, with the hands down closer to the tank. This starts to make even more sense when you know that the factory forks with their big covers might look stock, but internally have been totally changed, lowered and the geometry altered for a faster steering machine.

A host of BMW upgraded parts also make their way onto the bike with the master cylinders, foot controls, and mirrors all swapped out. The Danuvia tail light is another nod to the past and the headlight now houses the trick factory speedo directly in the surround like many a high-end bike from times of old. The engine too is cleverly customised; vintage valve covers, a blacked out exhaust with chrome tips, exposed oil cooling, and the uncovered intake runners all help give the thumping boxer a true visual transformation.

Finally revealed, Tibor could smile, his expectations blown as Sapka delivered back his brand new bike with a century-old custom classic style that cannot be missed.