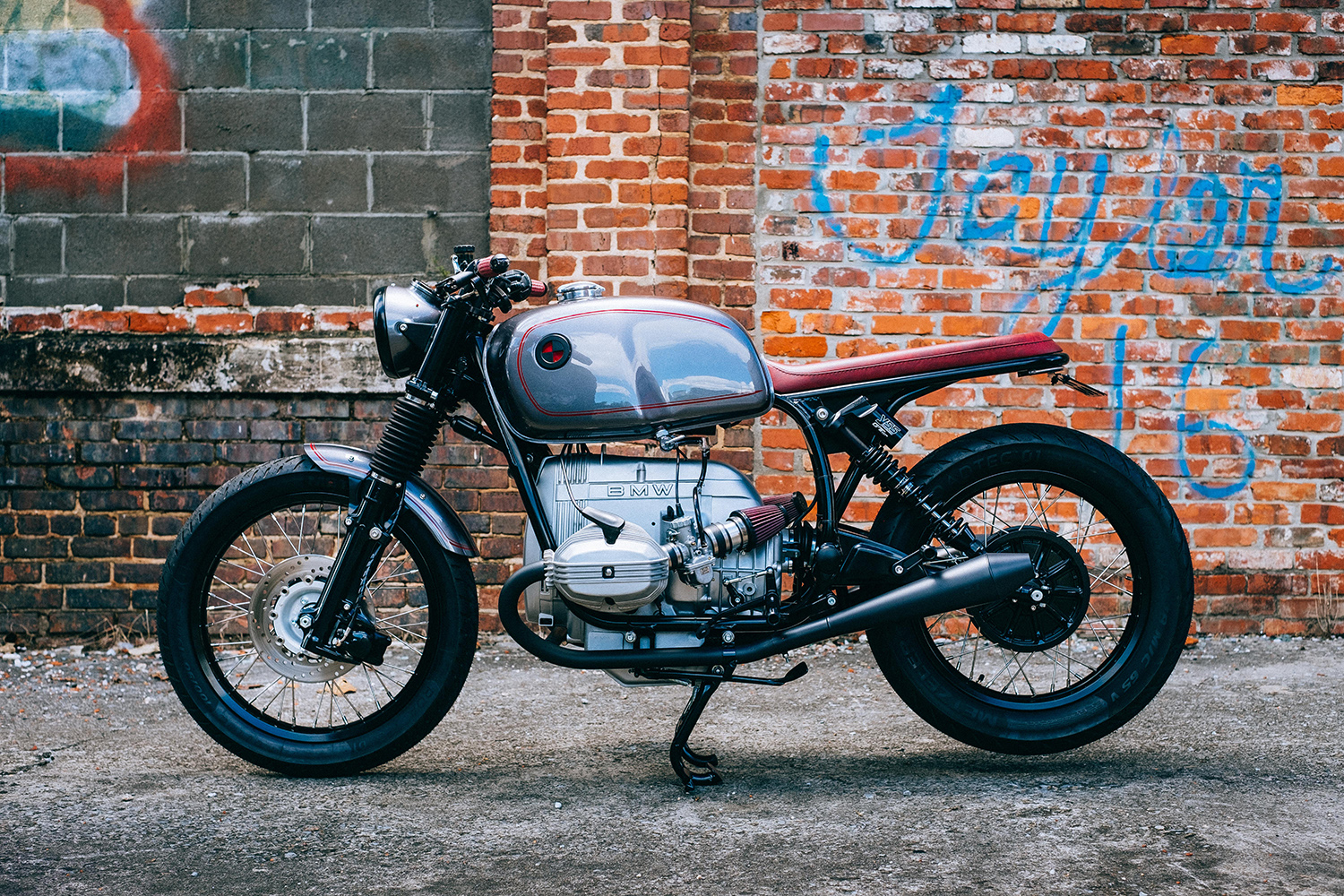 When you’re a builder as talented and as experienced as Tony Prust, then even major events like a global pandemic or an interstate relocation aren’t going to get in the way of doing what you do best. But, that is until Murphy’s law kicks in, and already facing gigantic hurdles, the little things start to go wrong too. Never defeated, the founder of the incredibly successful Analog Motorcycles pushed on, and boy are we glad he did. Even amongst a sea of R series builds that have flooded the scene in recent years, his impeccable 1984 BMW R80RT stands out, with exceptional rideability and show-level build quality.

“A customer reached out in 2019 wanting to do a build on a BMW airhead. We always welcome an airhead build as they are a fantastic base model for a vintage custom you can put loads of miles and seldom have issues,” Tony explains. So with a year-long waitlist for an Analog build, the customer laid down their deposit. That meant that the start date would coincide with Analog’s move from Illinois to a new headquarter’s in Tennessee. This was something that Tony could plan for, the Covid-19 pandemic that hit at exactly the same time was not.

Settling into new digs, global supply chains in chaos, and lockdowns aside, the show must go on and Tony has a very methodical way of building a bike. Starting with the chassis the obvious subframe change was planned, but rather than utilise their own bolt-on replacement, Analog custom made a lower unit with a more bobbed effect. To bring the bike itself down closer to terra firma and improve the handling, the rear shocks were swapped for a custom set of YSS units and the front forks rebuilt with lowered internals and Race Tech gold valve emulators.

To allow for the lower stance, the centre stand was modified, and then it was time to dive into the Analog catalgoue. For the front end, an Analog Motor Goods top triple clamp was selected, while the company’s footpegs are used for both the rider and the passenger. A set of Nekken handlebars helps to complete the controls and Tony has fitted up a set of twin Magura HC1 master cylinders, to go with the hydraulic clutch conversion that’s been performed. Finally to get the chassis rolling, custom-built spoked wheels are fitted with Metzeler RoadTec rubber.

To give the build its incredibly clean looks, things start at the front with a bobbed fender and the headlight housing is custom fabricated to accept the speedo for ultra-clean lines. The stock tank has been retained but it’s been kitted out with a set of Analog tank emblems and a Motone custom cap. Then as he always does, KC at Krossover Customs laid down the flawless paintwork, the silver and red combination oozing class. A seat pan was built and then it was up to Dane at Plzbeseated to upholster the perfect bench to match the paint, and the job he’s done is incredible.

With such a quality build coming together, to ensure his client had years of trouble-free motoring, Tony ensured the engine had only the best. So the unique BMW two-cylinder was sent out to Boxer Works in Georgia for a full rebuild. The engine came back looking good enough to eat off and the electrics have been upgraded with an Enduralast charging system. Fuelling is courtesy of a set of Mikuni carbs with K&N filters, with a custom set of pipes finishing out with Cone Engineering’s slip-on exhaust kit.

The BMW has been given a full re-wire and it’s all based around a Motogadget m.unit that allows for a much more simplified harness. This takes its orders from a set of Motone switches on the bars that have also been decked out with colour-matching ODI Vans grips. The bars also wear some CRG Arrow mirrors that are underslung and the bar end signals are by Koso. An Earth X battery hides under the seat and a Denali M7 headlight and Analog LED strip taillight finishes out the build.

There is not a single part of the bike that Tony hasn’t waved his magic wand over, and he pushed through the hurdles to get it done! “Typically a build like this would be around a 4-month process for me but with moving and being the new guy in a new place and mass load of supply chain issues this one took considerably longer and had a bit of Murphy’s law to boot. But we pushed through all the hurdles and this is officially the first custom to begin and end in our new location here just north of Chattanooga, TN.” And what a picture-perfect way to start the next Analog chapter.