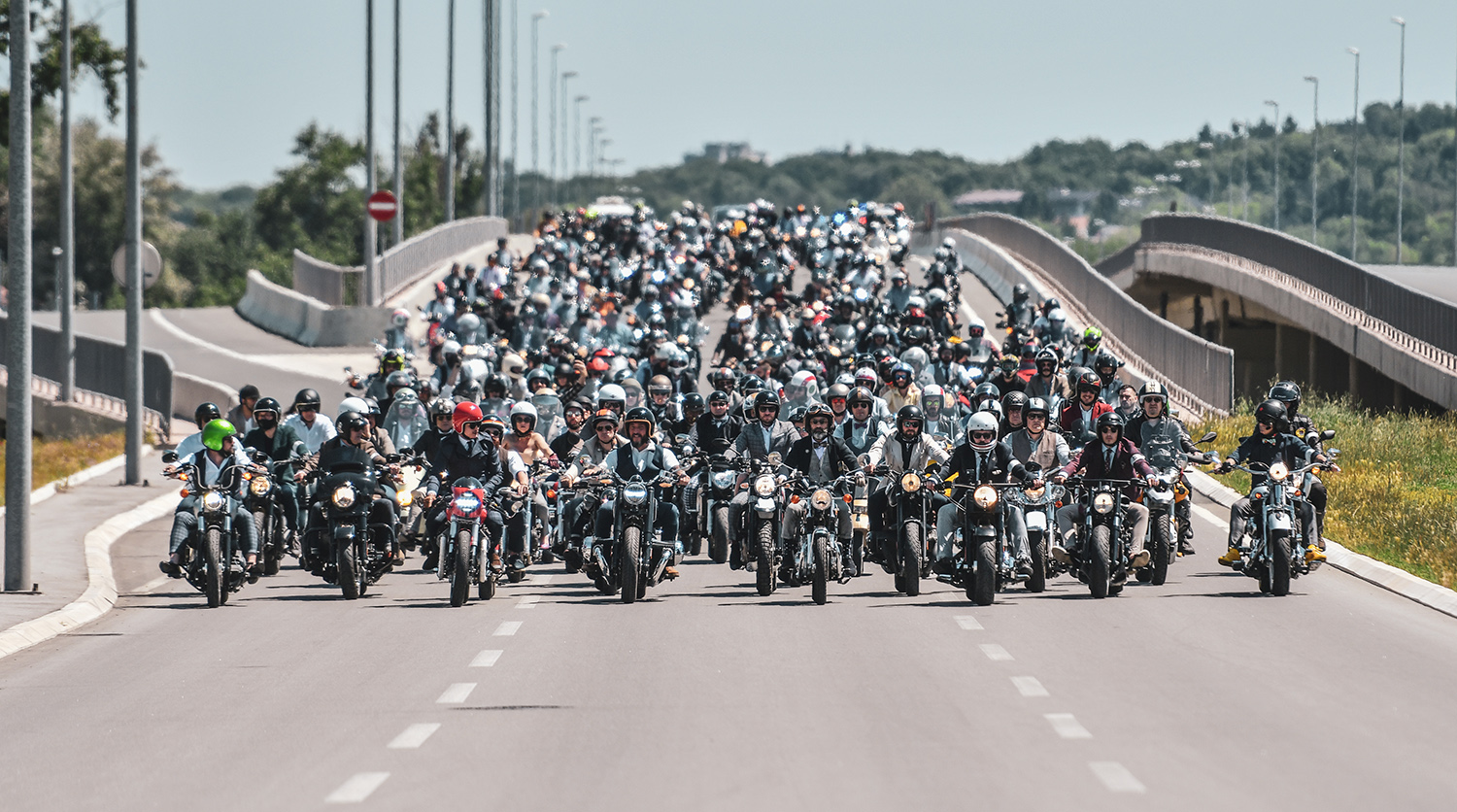 We’re still grinning from last weekend’s DGR Ride – it’s hard not to smile when you’re riding with hundreds of other like-minded individuals astride their beloved motorcycles. This year marked a momentous occasion, where tens of thousands of gentlefolk around the world came together in all their finery to celebrate a decade of riding dapper in The Distinguished Gentleman’s Ride. It’s a ride we’ve all come to know and love; one that brings together lovers of classic and custom motorcycles together with the joint ambition of helping the men in our lives live happier and healthier lives. Since 2012, the event that was founded in Sydney, Australia by Mark Hawwa has united hundreds of thousands of classic and vintage motorcycles with the goal of raising funds and awareness for men’s health; and as of this year raised a total of over $30M USD toward prostate cancer and men’s mental health.

For 2021, the ride is well on its way to raising over $4M USD for Movember, who are leading the charge in prostate cancer research and men’s mental health programs. Sponsored by industry heavyweight, Triumph Motorcycles, the event has rewarded fundraisers with brand new motorcycles straight from the modern-classic line; with a special anniversary edition motorcycle to celebrate the events 10 years. Also supported by Belstaff, Hedon Helmets, and ELF Lubricants – the event brought together over 60,000 motorcyclists around the world, in a celebratory return to group rides for many regions around the world. Coming from a time of significance with social connectedness at an all-time low, and isolation at an all-time high, getting riders together and encouraging people to connect and communicate has never been more important.

The Distinguished Gentleman’s Ride has always had its roots in supporting prostate cancer research and funding programs to help men living with and beyond the disease, but in 2017, a year after partnering with global men’s health charity, Movember, the motorcycle charity event included men’s mental health into its funding areas after losing a ride host and friend to suicide. This was a key turning point for the event; realizing that so many motorcyclists have been touch by suicide, depression, isolation, and loneliness, the global community passionately welcomed the new addition that has become such a dominating issue in the last 12 months.

A focus on mental health isn’t new for motorcyclists. The act of riding is inherently isolating, and for those who ride to escape, it offers a meditative state to find a sense of calm and perspective. Once the helmet is on, there’s not much time to think about anything other than the road in front of you. The Distinguished Gentleman’s Ride and Movember know this and are working to get men in motorcycling talking more off the bike to take better care of their mental health and make stronger social connections to improve their quality of life. This has been announced through the DGR Social Connections Challenge, where $1.15M of funding has been being put to use toward programs that encourage positive social connections within the motorcycling community.

The mental health of motorcyclists isn’t the only thing The Distinguished Gentleman’s Ride are funding. Considering the heavy burden placed on first responders during the recent pandemic, it’s been clear that they need further support to help the impacted trauma on their own mental health. An initial investment of $4.35M USD has also been earmarked over the next two years through the Veterans and First Responders Grant Program.

With the event reaching a milestone of raising $30m USD in 10 years, there’s a lot to be excited about over the next decade. The culture of motorcycling and the community connection within the classic and custom niche is only growing stronger with so many people in our lives having been connected through motorcycling. If the last decade of DGR is something to go by, the next will be unimaginable.

To find out more, donate, or sign up for your next ride, visit www.gentlemansride.com