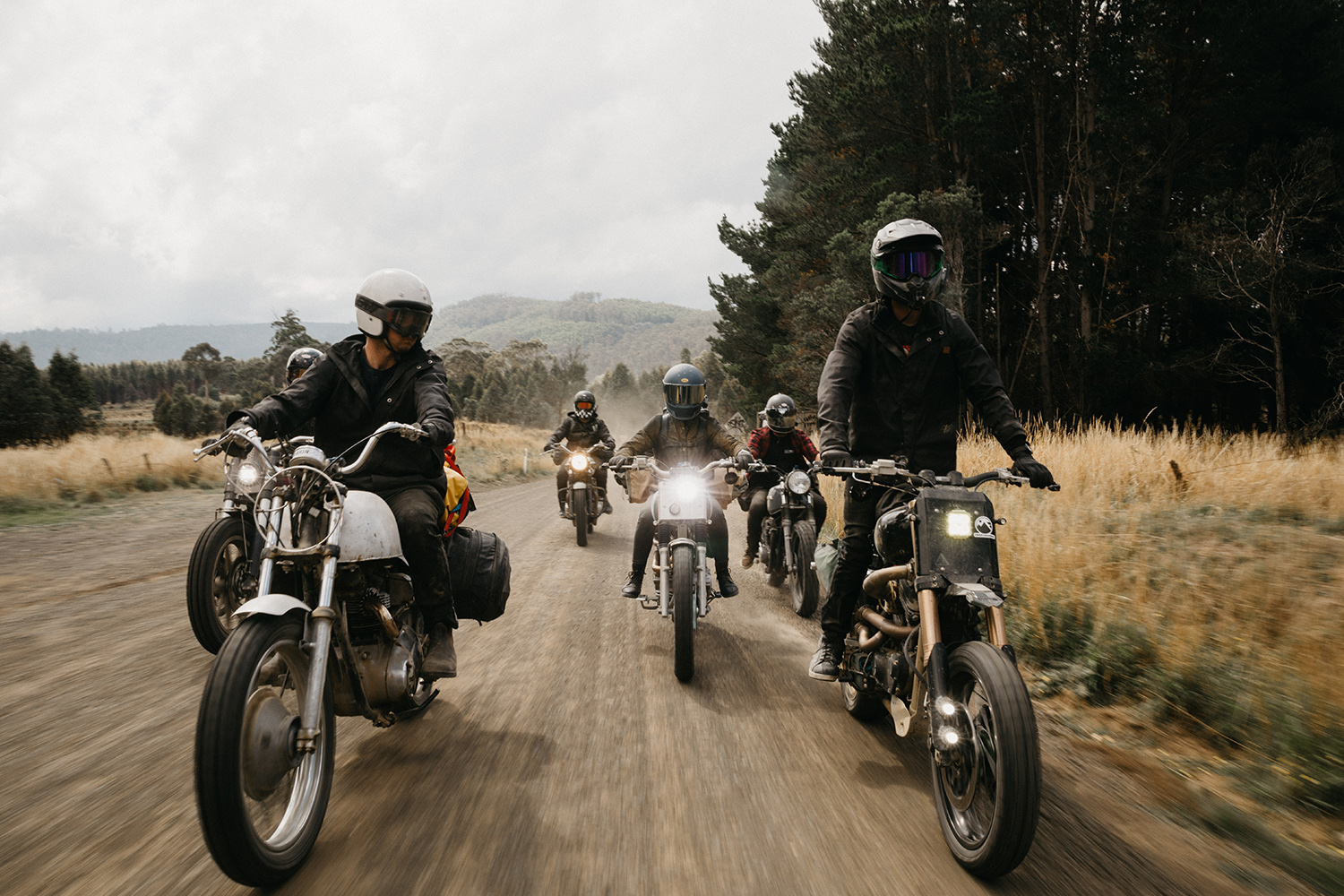 The concept is simple; six mates take custom bikes that they’ve built themselves to tackle the unbelievable wilderness that is the Australian island of Tasmania. Here the roads and trails are as rugged as the environment itself, and amongst the breath-taking scenery roars six bikes that weren’t exactly designed for the job. What could go wrong? Plenty, and it’s here that Wide Of The Mark succeeds where so many films of the genre fail. Life doesn’t give you edits or second takes, but epic adventures never happen if it’s just endless days of smooth sailing.

From the beginning of the film, you know you’re in good hands, as the cinematography brilliantly captures each rider on the Gold Coast as they prepare their bikes. Knowing you’re headed to the wilds of Tasmania, there is an instant joy in seeing even a backyard garage environment so perfectly captured by the lens. Here we are treated to a glimpse inside the lives of custom bike builders Tom Gilroy, Justin Holmes and Keeley Pritchett. All have had their incredible work featured on the pages of Pipeburn but building a custom bike for such an adventure means taking a very different path.

Joining them on the journey are Brother and Sister duo Emma and Matty McFerran of Nitro Circus fame, who don’t disappoint in their ability to do insane things on anything with two wheels. And the motorcycle community’s Mr Everywhere, Max Duff, who delivers some of the film’s most stirring moments as he captures in a few words what it feels like to be on the adventure of a lifetime. But it’s when the Ferry arrives in Tasmania that the action really begins, and the incredible nature of the backdrop takes centre stage. It’s just beautifully shot.

From the forest trails, back paddocks, and creek crossings, to ascending the mighty Jacob’s Ladder; the mud map used to chart the course of their journey takes the crew to places any motorcycle would struggle. So, to watch an old Honda CB, a trio of Triumphs, an HD Sporty and a custom Sol Invictus of all things, not only pass the test but rip up the roads, feels like validation for every custom bike fan. Do the bikes break, are their spirits tested, do accidents occur, of course.

Some days are tough, plenty of things don’t go to plan, but that just makes the scenes when every rider is in sync, in this incredible location, that much more spectacular. It’s in these moments that the diversity of the pack shines through, as Matty puts on a riding show, and everyone else is glued to his back wheel; courage, skill and unity pulling them up mountains covered in mud and loving it! “Stop stressing about having a $30,000 adventure bike. Get a group of mates, that’s what it’s all about,” Matt enthuses as if talking directly to the viewer, and everything the film has shown you makes it feel true.

The result is not only a documentary about custom motorcycles, the adventure of two weeks in one of the world’s great wildernesses, and the triumph of friendship in both happiness and heartache. But a film about what it’s like to really be alive, the drone camera capturing the breathtaking grandness of their untamed surroundings, and on the edge of being out of control, the group is having the time of their lives. “I expected you to be old crustys,” an old local smiles. No, if Wide Of The Mark teaches you anything, and it will teach you a lot, it’s that right now in this very second is the time to start planning your next adventure. To where and on what, it doesn’t matter, because even being wide of the mark is an absolute bullseye.

Watch the film now on iTunes or Vimeo.