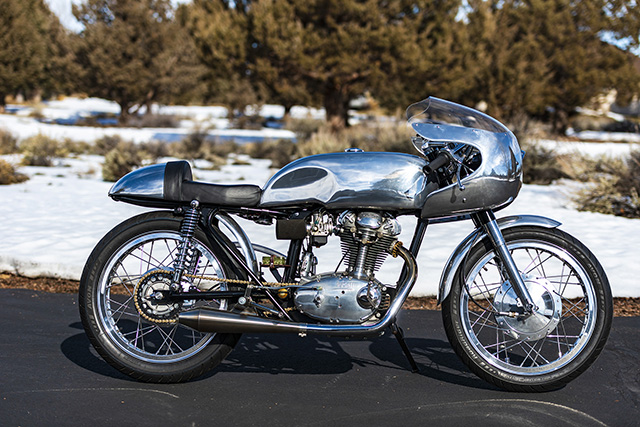 Over recent decades Ducati has sat near the top of the Superbike pack, with the new Panigale V4R now the absolute benchmark and undefeated in WSBK competition. But when the company introduced the Sebring 350 in 1965 it was the biggest bike in their line up and often raced against multi cylinder machines with twice the capacity. So to pay tribute to the little bike that could, Stephen Brisken has taken a beat up ’65 and beautifully transformed it into a machine that is a perfect mix of cafe and racer. 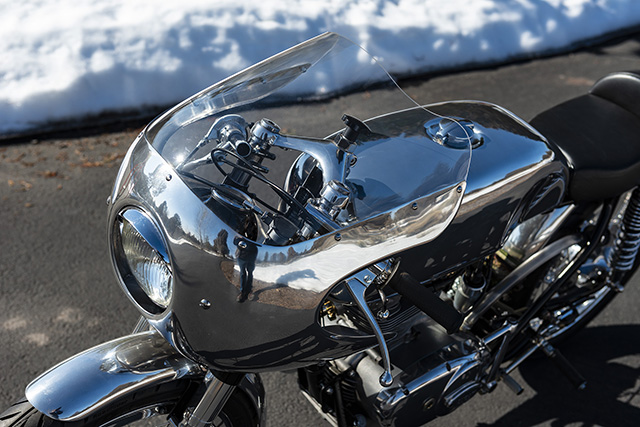 “I purchased the bike from a professional mechanic friend in Eureka, CA. He collected some unusual machines. At this point I knew nothing about Ducati’s and had never seen such a cool looking bike. Of course it was not running and was incomplete. I thought about the purchase for quite a while having never jumped into such a project.” Stephen tells us. But the Sebring kept calling his name and eventually he snapped it up. 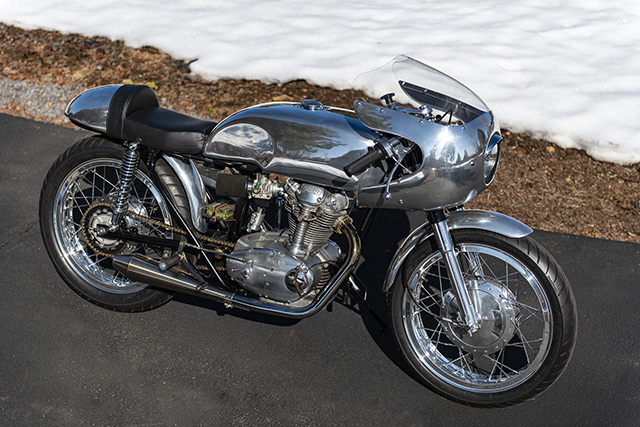 Back home he’d assembled himself quite the workshop. This was his second home garage and he was determined to make it a very usable building fit for purpose. “I have enough space to have a bead blast cabinet, welding, drilling, polishing machines and a small wood working area. There is also a separate smaller space for wrenching on bikes. I have great light, heat and good air flow. I have been in this shop for about three years and it continues to evolve.” 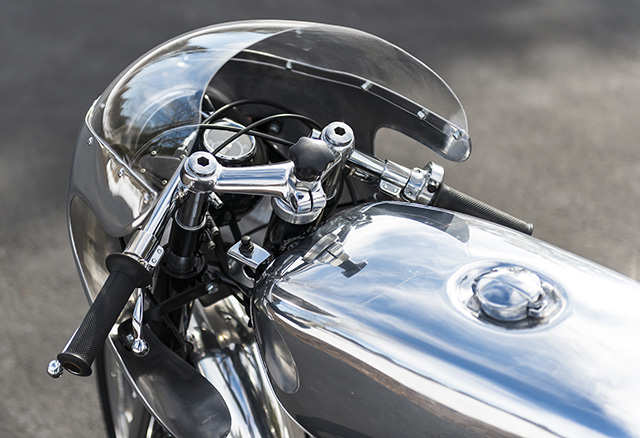 To commence the build process Stephen decided that with the number of parts missing the customising route seemed to make more sense than to go back to original. And he’d always had a faired model, with the ’50s rocket bike look in mind. But halfway through the build, having come so far he had a change of heart. “And then in the middle of it all I decided I was getting out of motorcycles. I sold the little Duc and all the boxes of parts back to the mechanic I bought it from.” 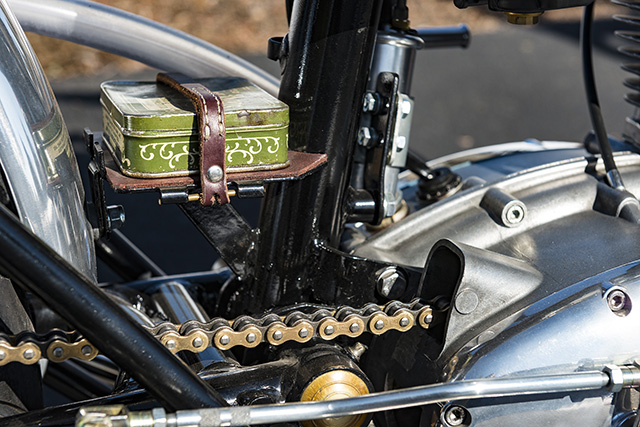 Thankfully he came to his sense and now committed to the bike once again, he contacted amazing metalworker Evan Wilcox to get on his waiting list for the alloy bodywork. After a year it was Stephen’s turn, but boy was the wait worth it. In a matter of weeks Evan had crafted and formed the incredible alloy pieces before you and had them sitting on the frame. From the gorgeous race inspired tank with generous knee dents for tucking in. To the front fairing that flows like liquid, with a tight opening for a headlight it is a sight to behold! 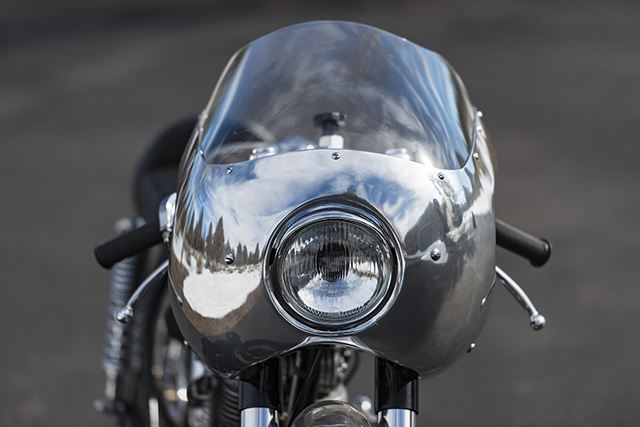 The humped tail piece is flawlessly executed with a great tip of the cap to the Isle of Man racing machines of the time. Again with the lighting seamlessly integrated and the hand rolled guards alone of such quality you’d expect any normal builder to have needed the weeks just for them. With the bike back home and the metal work sitting on top, Stephen now had the inspiration to make every last inch of the machine equally as good. 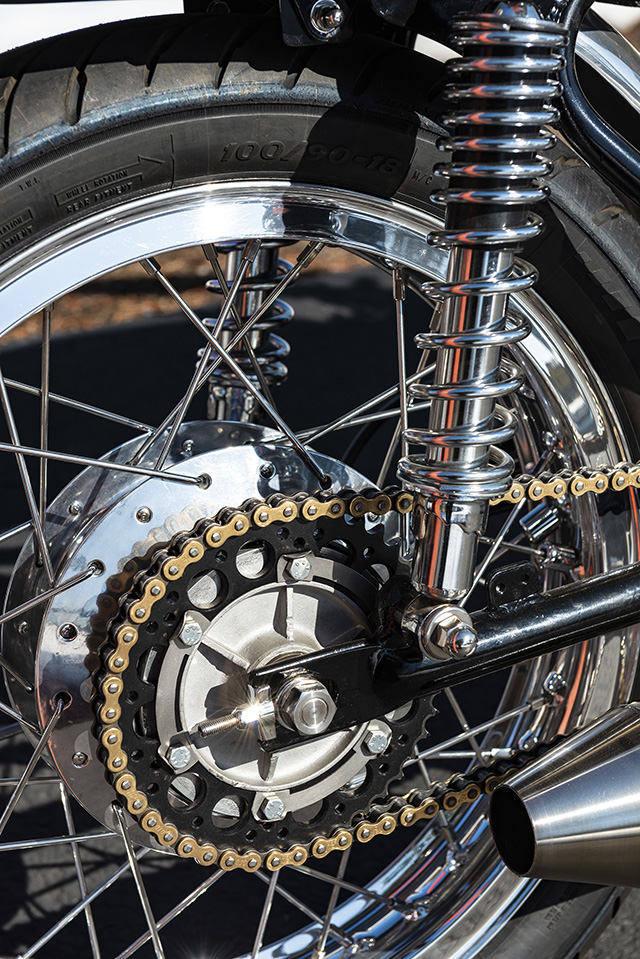 It was no easy task and he’s the first to admit. It was demanding and often daunting trying to meet that level of quality, but the results speak for themselves. The entire bike was disassembled and a fresh coat of paint laid down on the frame and swingarm. The seat has been covered in black to ensure that the visual tones match throughout. While new rear shocks and hydraulic front forks with polished lower legs and black painted uppers keep the theme flowing throughout. 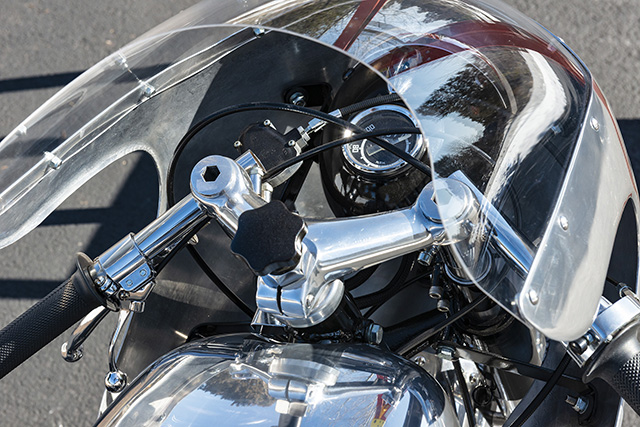 Like any good Ducati the engine itself is an automotive piece of art and Stephen has brought it back to life in every possible way. From the polished side covers to the glorious cases and barrel, the short block looks as good as it runs. A rebuilt carb with foam filter draws in the air, while a stunning stainless pipe and reverse cone muffler expel the gases rearward. To make the whole thing more user friendly, a total re-wire and 12v conversion ensure its a dream to ride. 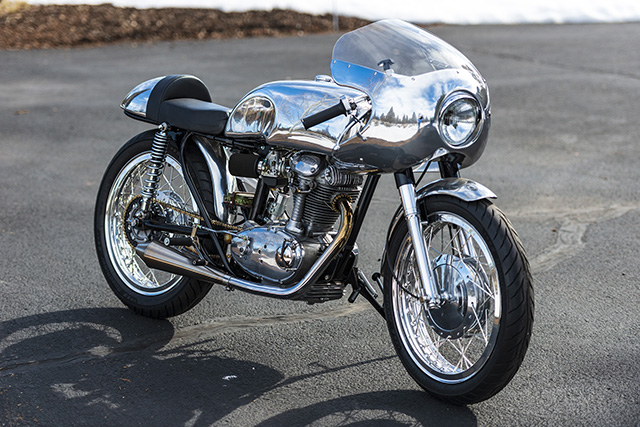 Wanting to keep the add-ons to a bare minimum, the race theme continues with a set of polished clip-ons and only the most essential controls. While a custom pair of rearsets make knocking through the 5 speed box a dream. To finish it off the elbow grease in the hubs and rims is obvious and the Avon rubber is the perfect match. From time of purchase to completion the journey took nearly six years. But the combination of a determined and creative owner builder, paired with a metalworker at the top of the game, means ‘The 350’ is simply a Ducati to die for!