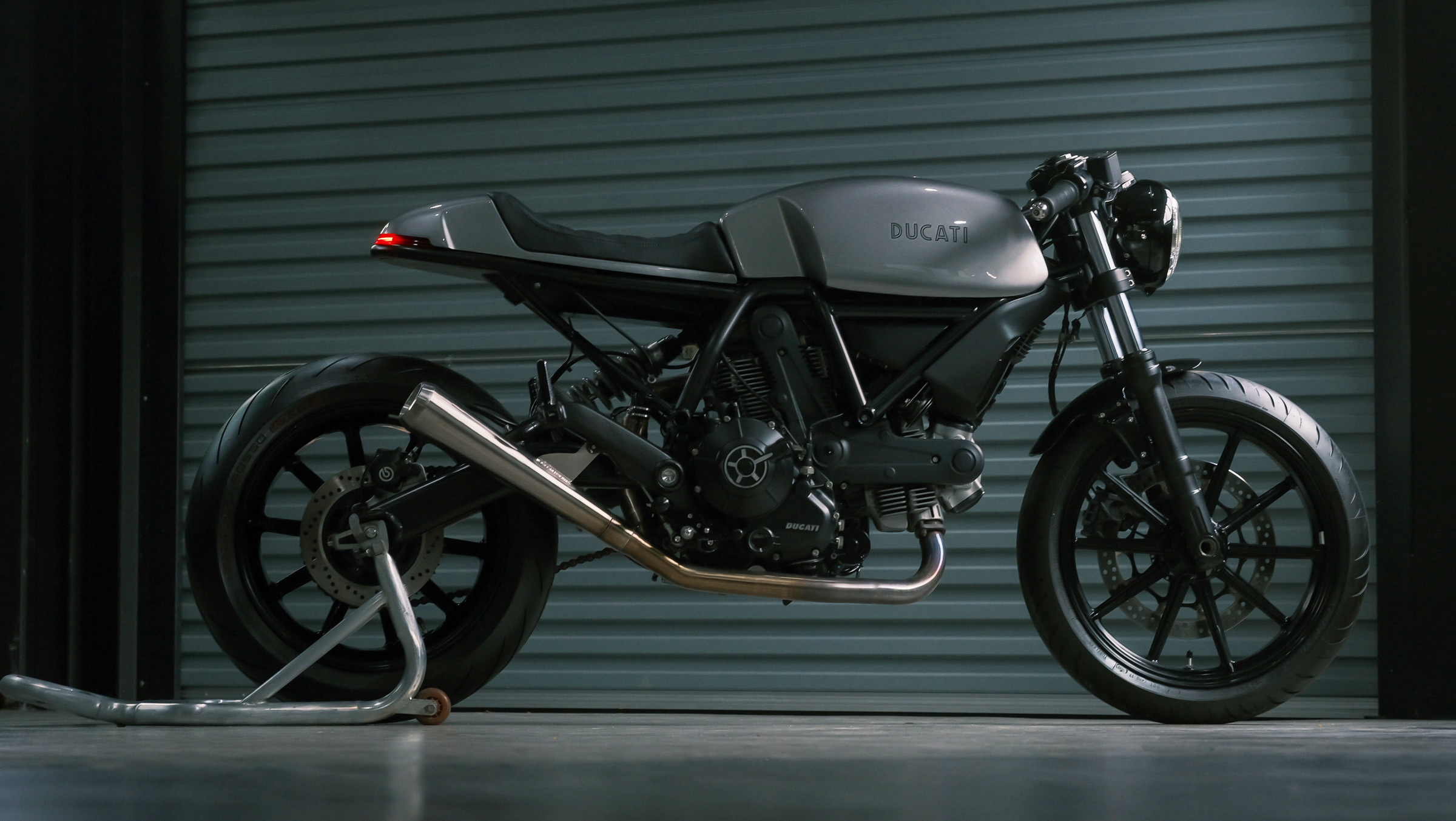 If I told you this custom motorcycle was built by a group of craftsmen not far from the Ducati factory, you’d probably think of a workshop somewhere in the rolling hills around Bologna. But such is the global growth of the entire motorcycle industry, that not only is this Ducati Sixty2 built in the company’s Thailand factory, which produces 20,000 bikes a year, but it’s also the very first custom build by an incredible group of craftsmen who call a small workshop in Bangkok home. Crafton Atelier have given it their all, delivering a classic cafe racer with the styling you’d expect had it been built by an Italian veteran.

For the past five years, the crew at Crafton have been creating some of the most incredible leather seats in the scene, with a host of their own off-the-shelf items for the full Triumph retro range. From the moment they opened their doors, the work to come out of their Bangkok workshop has been of the highest quality and they use only the very best hides. But seeing so many others make incredible customs using their seats, it was time for them to build their own, with a focus on “elegant, minimalist, and contemporary design.”

With the Scrambler Sixty2 produced at the local Ducati factory, it was a chance to build a truly Thai Italian and a great deal of inspiration has been taken from the original Ducati 750 SS, and asking themselves, what would it look like if that classic cafe racer machine was re-imagined for today? Their answer was to steer away from the bright yellow paintwork of the 70s and focus instead on the timeless lines. That meant pulling the flimsy tank guards, god awful seat and plastic pieces from the stock Sixty2 and with a bare frame in their sights, draw up a design.

To execute what they had planned, meant cutting off the rear subframe and starting a new one from scratch. It incorporates the ever popular hooped rear, but for structure, utilises an elegant solution with criss-crossed support tubes. Where the stock machine had a doughy fat bottom, the Crafton solution is sleek and stylish from the centre post back. Over this foundation, a custom seat base was crafted and then on the underside, the boys got busy. To give a factory like finish, they shaped aluminium to fill the underside of the new subframe, with the seat lock now hiding there too.

Having used aluminium so well on the rear of the bike, it made sense to carry it forward and the lightweight alloy has been expertly bent up to create a stunning new fuel tank. From the smooth as silk top section to the angular and frame-hugging knee dents, every piece serves its part and combines to create the best custom tank this writer has seen on a Sixty2. Not wanting to disturb the flowing lines they’d created, a custom turned fuel filler was frenched in. Before the team turned their attention to the guard below and made a short, blade-styled, item.

Now that the front end of the bike was sorted, a tail section had to be built that would allow the lines of the custom tank to flow for the full length of the bike. But having worked their magic in metal so far, to get the look they were after on the rear, the crew opted to make the tail section from fibreglass, with a mould built that picks up where the fuel tank leaves off. The knee dents are replicated on the sides, before literally tailing off at the rear with the same degree of angle as the top of the tank. The seat to go on top was of course stitched in-house from real leather.

The design is kept classy, there are no fancy graphics here and the seat simply features the company’s logo pressed into the leather. The deep silver paintwork is also understated but allows the fabrication work to truly stand out and simple Ducati graphics complete the look. The monochrome-like appearance is further enhanced with the front forks de-tabbed and painted black, and the rear spring in bodywork matching silver. More black has been flowed over the wheels and is then applied to the custom headlight surround, with the stock dash slotted in, beautiful! About the only splash of colour is seen in the three in one taillight, and this too was moulded and poured at Crafton.

There is basically nothing the boys can’t do, and they carried that ethos over to the exhaust, building a new stainless steel full system that features a rumbling hand-built reverse cone muffler. A new electrics tray goes under the seat and helps to hide a small lithium battery, with the ABS unit retained and hidden and the ignition switch relocated. Finally, some aftermarket pieces had to be bought in, with quality Sato rearsets and a braided Hel brake line kit.

Having mastered the craft of leatherwork, in just their first attempt, Crafton Atelier has shown they can also do anything with aluminium, steel and fibreglass, to produce a beautiful Bologna bullet, built exclusively in Bangkok!