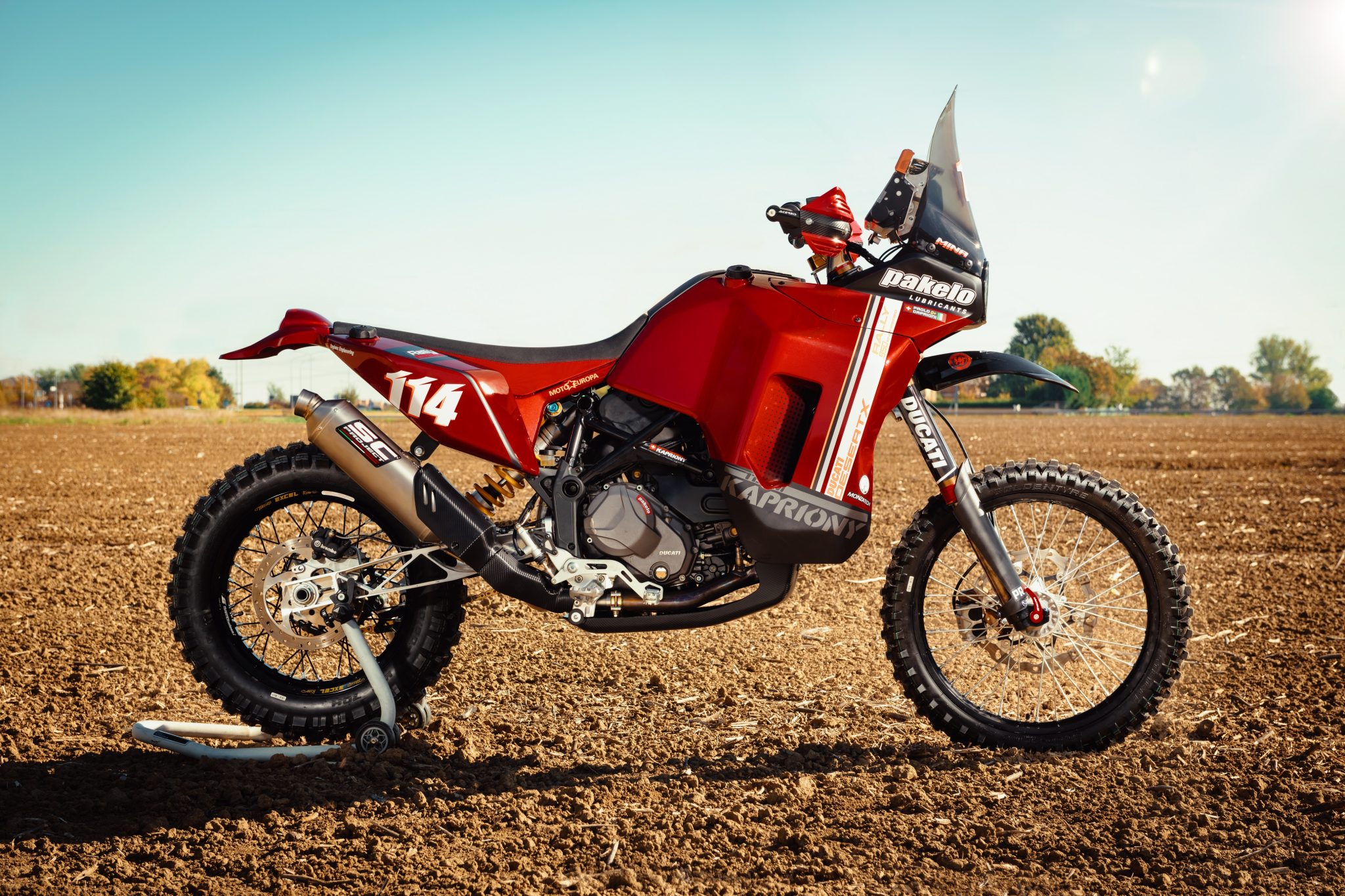 The annual EICMA motorcycle trade show is wrapping up today in Milan, Italy, and it’s been another huge year at the world’s biggest motorcycle event of its kind. The two-wheeled press has been down on this year’s event, as not a single all-new superbike was unveiled and these are the machines that are splashed across their covers. But for those of us with a more eclectic taste, it was one of the most interesting and dynamic years on record and two brands, Royal Enfield and Benelli have shown the true power of their resurgence, dominating discussion around the event. Adventure bikes were this year’s dominant force, competition for attention was high and these are our stand-out machines that we hope to see get the custom treatment in the very near future.

The bike that captured more attention than any other this year was the all-new Royal Enfield Super Meteor 650. That’s right, Royal Enfield continues to soar, in a way nobody could have predicted ten years ago. The Super Meteor is the Harley Davidson Sportster replacement the industry has been looking for, a sporty cruiser, with a reasonable purchase price and almost unlimited customisation potential. Using the company’s excellent 650 twin-cylinder engine, it’s housed in a new chassis designed by frame-building legends Harris Performance in Hertford, England. The steel tube frame holds 43mm USD forks, braking is ByBre (By Brembo), there is a 19/16 wheel combination and the whole thing looks tough as nails.

Honda had an excellent showing with a renewed focus on high-quality, yet affordable motorcycles and the one that really shows a lot of potential is the CL500. It’s a throwback to the CL street scramblers of old and utilises the proven Rebel platform. Set up to be much more agile than its cruiser stablemates, there’s a great looking high rise exhaust and some cool colour options, my pick being the matte green. The big H also showed off the all-new Transalp, a brilliant looking adventure machine that brings back the famous name and shares a common platform with the new Hornet CB750.

Not to be outdone, fellow Japanese powerhouse Suzuki had on display their 2023 Suzuki V-Strom 800-DE. Along with the Transalp, these two machines could prove to be the new DR and Dominator respectively. Like the Honda, the adventure bike shares a common platform and for the Hamamatsu factory, their other twin is the incredibly impressive GSX-8S. Ready to give the Yamaha MT range a shakeup, you get a glorious 270º twin with more than 80bhp on tap. The chassis has a removable subframe and sports KYB suspension, Nissin brakes and plenty of electronic goodies!

The Benelli stand was absolutely buzzing with a host of updates to their adventure models, some very cool retro machines and the lid being lifted off of three new models for 2023. The designs are cutting edge with the Tornado Naked Twin 500 one hell of a sexy machine that will stand out in any crowd. The BKX 250 S will give young riders an edgy, almost supermoto riding experience and the BKX 250 adventure bike is perhaps the best lightweight machine of its kind to be released in generations.

This welcomed increase in competition from the Chinese and Indian brands has forced even the biggest of players to step up and Ducati showed off their gorgeous new RR22 livery on the Ducati DesertX. If you want to look cool at the cafe and then hit the world’s roughest roads, this just might be the bike for you. Team Kapriony had its race variant on display, known as Mina, it is ready to tackle the rallies of the world with a big focus on The Dakar. There was also an updated Scrambler range with a host of new colours and improvements, including improved electronics.

Sticking with Italian adventure machines, MV Agusta’s Lucky Explorer is a tribute to the Cagiva Elefant that raced in the Paris-Dakar rally in the 1990s, and the adventure bike, in two variants, is now ready for production. Available as a 5.5 twin-cylinder model or as the 9.5 with a screaming triple, they blend nostalgia and practicality to perfection.

Which is exactly how you’d describe the 921 S Cafe Racer Concept. It pays homage to the 1970s MV Agusta 750 S with incredible styling, sophisticated electronics, and tons of power, and loaded with electronics. Production bikes are expected to be ready in 2024 and this modern classic should prove to be extremely popular.

Among the other traders, Indian showed off a revised FTR range, with the base model joined by the FTR Sport, FTR Rally and FTR R Carbon. There really is something for everyone and the already brilliant bike has been refined to another level. Triumph had their new Street Triple on display in all manner of variants and few machines will ever keep pace in the real world with the Street Triple Moto2. Also from the big Brit, for one year only, Triumph is offering a set of 10 chrome-tanked models of its retro-styled motorcycles, and they’re beautiful!

Finally, a name from left field is Brixton, an Austrian-owned company who have their motorcycles manufactured in China. They joined the Adventure bike party with their Storr 500 which should offer excellent entry into the category. But the bike that really took our fancy was the company’s ultra-cool, all-electric scooter called the Layback. Stripped back modern styling, USD forks and a low centre of gravity, this thing should be a hoot for the daily commute to work.

So, that’s it for EICMA 2022, no new 200+bhp superbikes but a plethora of innovation, practicality and inspired styling for a generation of riders that clearly demand a variety of choice like never before.