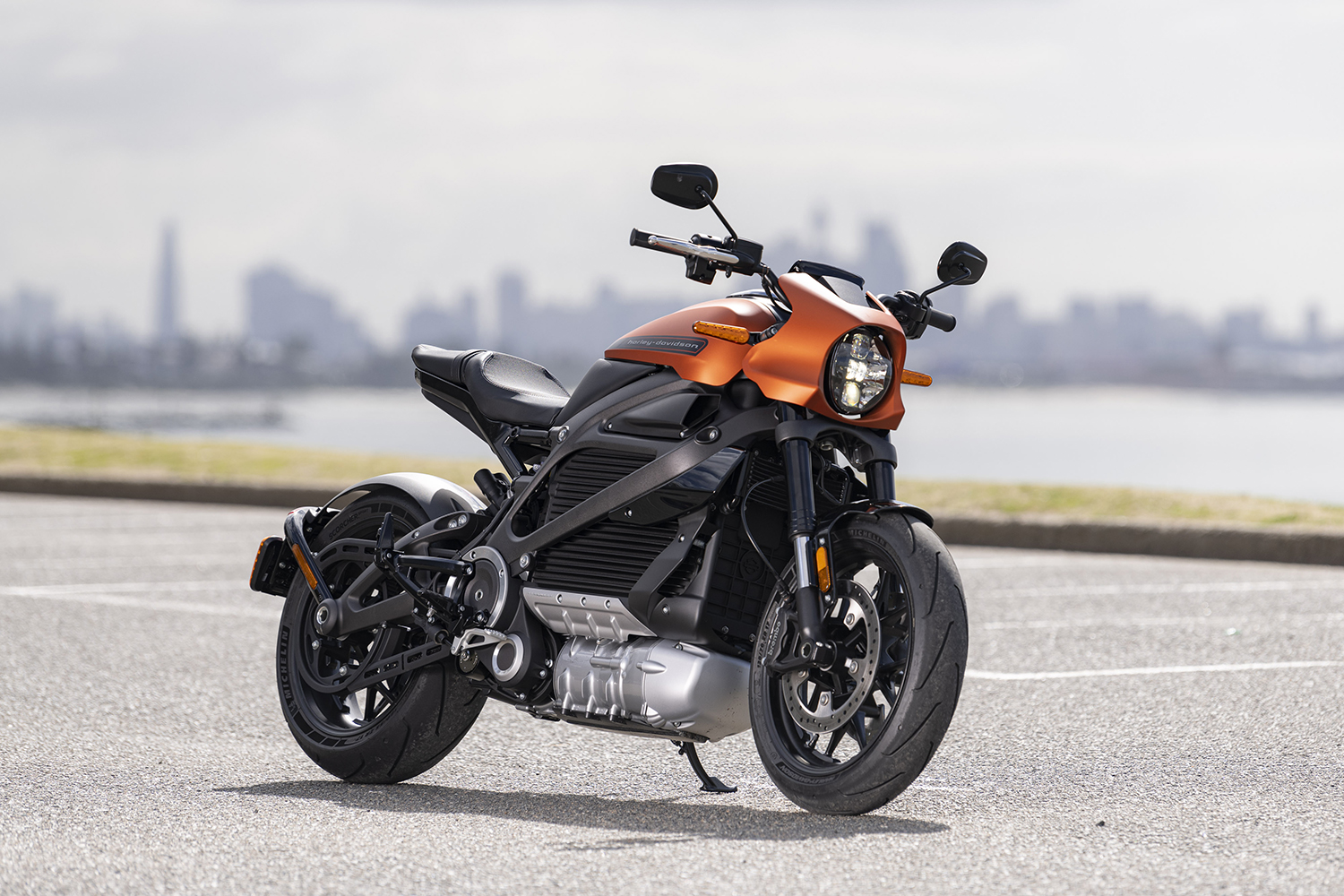 After five years of eagerly awaiting an opportunity to ride an electric motorcycle, that long intermission did not disappoint. When I heard the LiveWire was coming to Australia, I knocked on the digital doors of Harley Davidson until I was invited to join Aussie journos for a burn south of Sydney. I loved the design from day dot when I first saw it as a concept in 2014. Then I was fortunate enough to sit on one, on a dyno in 2016; it was a small taste test that left me wanting so much more. Then finally last week I pulled out of HD HQ awkwardly trying to gear up and pull the clutch in, completely having to forget the instinct and learned movement of controlling the machine.

Harley eased us into the world of electric bikes by ensuring the riding mode was substantially slower than what Lewis Hamilton would call ‘party mode’. It was set to ‘Range’, which gives it more of an engine braking feel as it regenerates power in an attempt to last longer. Quickly that was disabled and party time was now. Instantly you could feel just how amazing electric bike technology was. Harley Davidson claim horsepower at 105 with 86 ft. lbs. of torque, enough to propel you from standstill to 100km/h in three seconds. Its amazing how quick 105hp feels in this electric set up, it is delivered in a smooth yet rip your face off kind of way. It felt like a jet taking off at full thrust, with sounds reminiscent of turbines spooling up.

LiveWire had me giggling like a little school girl with each full twist of the throttle. You can see that reaction on video here.

If 0 – 100kph in three seconds isn’t impressive enough, it’s really easy to think that HD doesn’t know a thing or two about handling, however, you would be so fkn wrong. Even at 250kg (108kg of that is the battery) this bike was mind-blowing. To my surprise, It performs, handles and brakes nearly as well as most modern sports bikes I have ridden. There is no skimping cost wise on this motorcycle with the front end and rear provided by SHOWA Suspension. With braking provided by Brembo, you are certain to pull up in no time, but it’s also important to note with ‘REGEN’ dialled down to zero and essentially ‘engine braking’ being non-existent; Who knows how often you will be going through brake pads! The bike comes with 4 preset modes, Sport, Road, Range, and Rain. You also have 3 spare modes that can be customised to your riding style. Handy for your multiple personalities.

There are actually a lot of pros and cons to the LiveWire experience. For instance, no fuel is required, supercar take-off speeds, amazing performance, amazing looks, and a luxury finish on every aspect of the bike! However, this is a city motorcycle, with a max range of 220km in not so ‘Mark Hawwa style’ riding. Taking it through roads like the Royal National Park, in a spirited manner and you would expect a range closer to 120km.

It’s quite a contradiction because this bike feels like it’s made for those longer rides, sweeping roads, switchback hairpins and that’s exactly why I’m drawn to it, however, unless you are planning to charge it up for an hour every 20km, you just won’t make those longer distances. Using a normal power outlet one hour of charge will give you back 20km of riding however using the chargers located at some HD dealers, you will be able to go from zero to hero in 60minutes. But with less than ten dealers signing up for some electric dreams (here in Australia), you are limited in just how far you can push this otherwise extremely competent bike.

But respect where it is due. LiveWire is unlike anything you’ve ridden before. It’s mighty impressive in how it performs and I can’t wait to ride it again! Every single brand is going to need to join the next stage of motorcycling sooner or later. Brands like HD pushing the boundaries helps everyone in the long run. Technology advances faster, becomes cheaper, extra range and quicker charging all become mainstream.

At aud$50k would I buy one? No. But If it could deliver me a range of over 400km in a throttle happy manner, I’d definitely be interested. However as much as I know I will add electric to my road ripping arsenal, I feel the range I need, is a few years away. When I add an electric bike to the arsenal, it won’t be at the expense of piston/rotary power, but an addition. I feel it will be a similar addition for many riders. I really do love this bike and the direction of Harley Davidson. Kudos.

Things to note:
The battery has a 5-year warranty.
The motor has 2-years.
You don’t need engine oil.
Don’t try and pour fuel into the ’tank’.
The digital screen is kick-ass and has an adjustable angle.
I found the bike comfortable and enjoyed the neutral riding position.
You won’t be the envy of all your mates with Louie Vuitton bum bags on V-Rods.

Got any questions for Mark? Ask below…