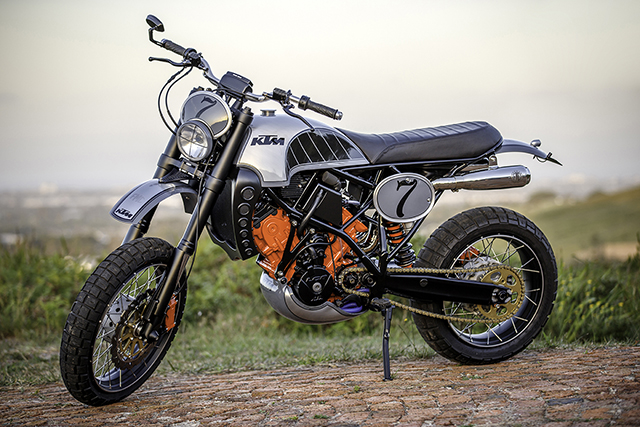 When building a new project, inspiration can come from many places. For Wayne Buys of Fabman Creations in South Africa, his main form of inspiration came from the aesthetically pleasing RSD’s KTM 450 Desert Sled from a few years ago. That RSD KTM was built to celebrate the movie On Any Sunday, The Next Chapter. As a fan of Steve McQueen and the original movie “On Any Sunday” Wayne wanted to pay tribute to his love of off-road motorcycling by building his take on a modern KTM and aptly naming it ‘Bullet’. 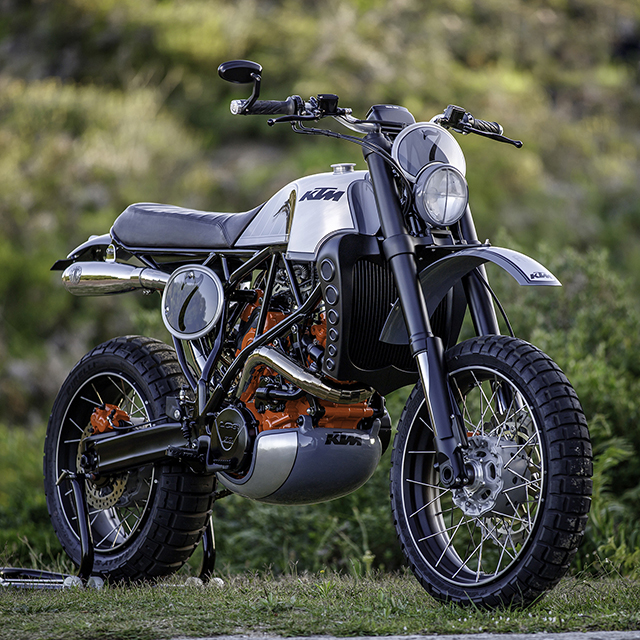 “The goal was to create a retro feel to the bike, despite its modern appendages” says Wayne. “Though RSD’s build is an absolute beaut, the radiator looks completely out of place. My goal was to make the radiator blend in better with the motorcycle lines.” 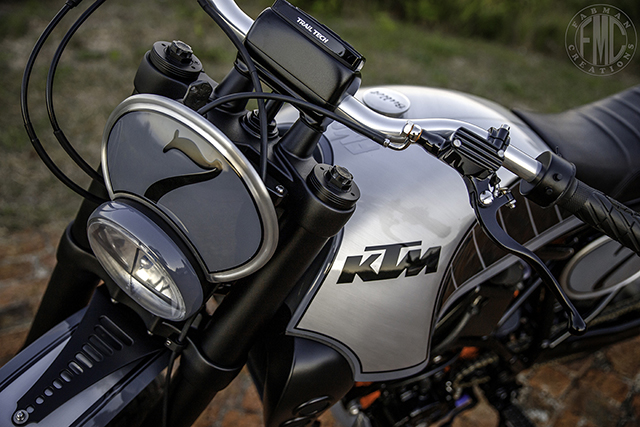 To kick it up a notch Wayne decided to use his own KTM 950 SMR with low mileage as a starting point. The sub frame was ditched into the spare parts bin, and a new rear was made and welded to the frame. 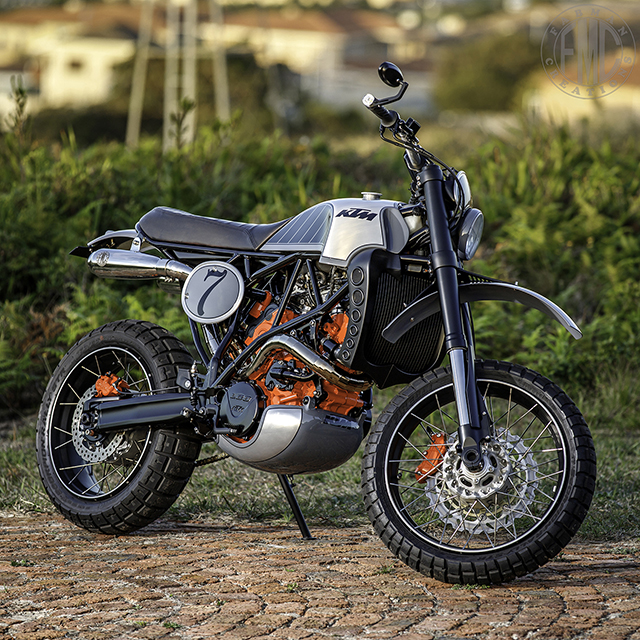 Next Wayne cut off the stock radiator tanks and new ones were made to facilitate flipping it 90 degrees, and spin it 180 to get slightly narrower and have better flow with the fuel tank. Four millimetre radiator guards were made for protection whiles keeping the aesthetics of the build in mind. A front fender brace was also fabricated and a set of front and rear fenders were rolled and branded with the Fabman and KTM logos. 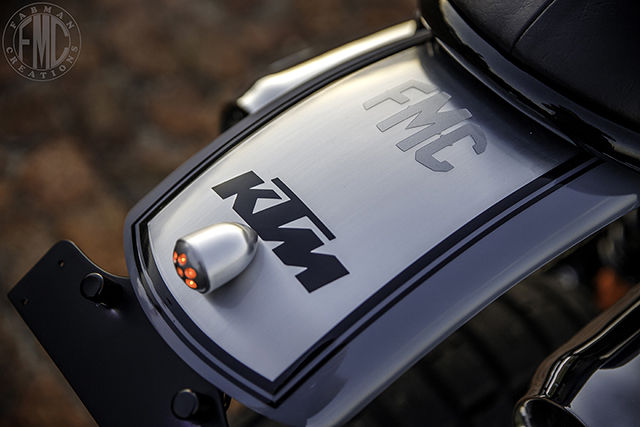 “I did not want the oil tank to stick out like a sore thumb, so I built a skid plate with a double liner that protruded through the swing arm for my oil tank. An oil catch tank was made and fitted between the frame rails.” 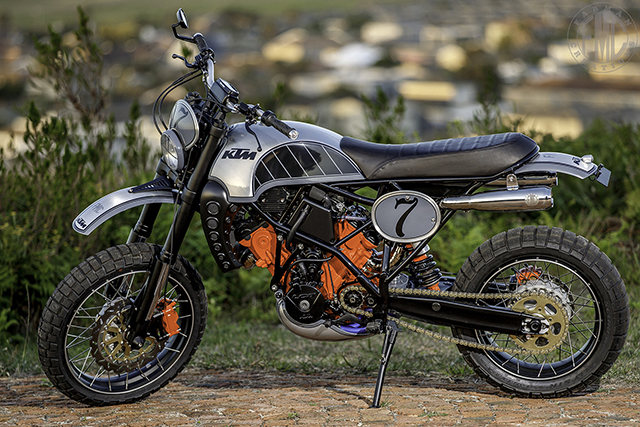 A set of 17/19 inch Ducati Mulistrada enduro wheels were purchased and modified to fit the KTM. With an oversized disc for the left front, the RHS front fork had the caliper mount removed to eliminate the bulky feel of the twin disc. The forks were then raised ½ inch in the triples to offset the 19 inch wheel. To complete the front end a set of fork guards were made. 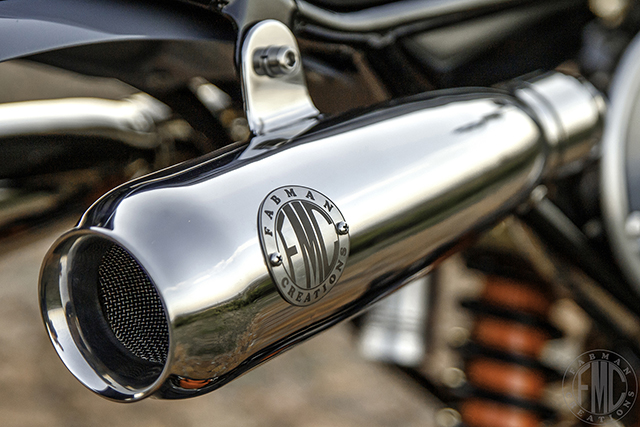 For the hand controls, a set of Kustom Tec classic line master cylinders were installed for brake and clutch duty. A custom housing for the switch gear and a handlebar mount was fabricated, with all wires running through the bars and steering neck tube for a clean look. 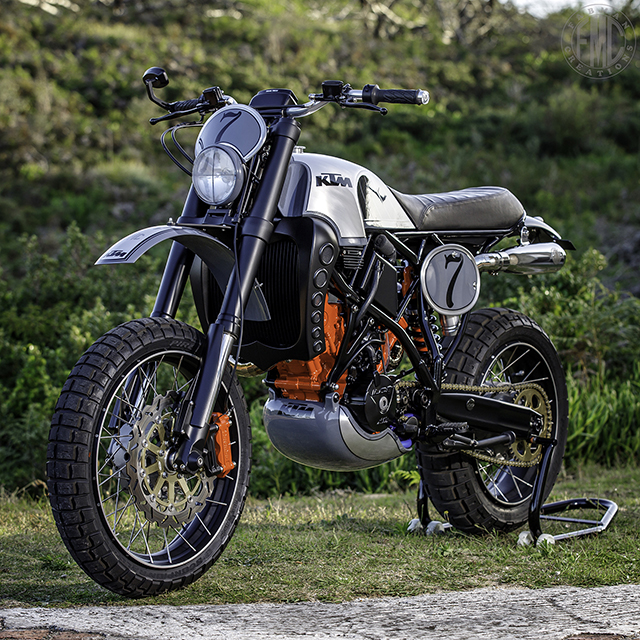 When it came to the lights, Wayne made a beautiful billet tail light with LED’s, as for the headlight it came from a VW Golf with custom made bucket and bezel. To show off more of his fabrication skills, Wayne made a stunning segmented stainless steel exhaust with a custom set of mufflers which were polished up. 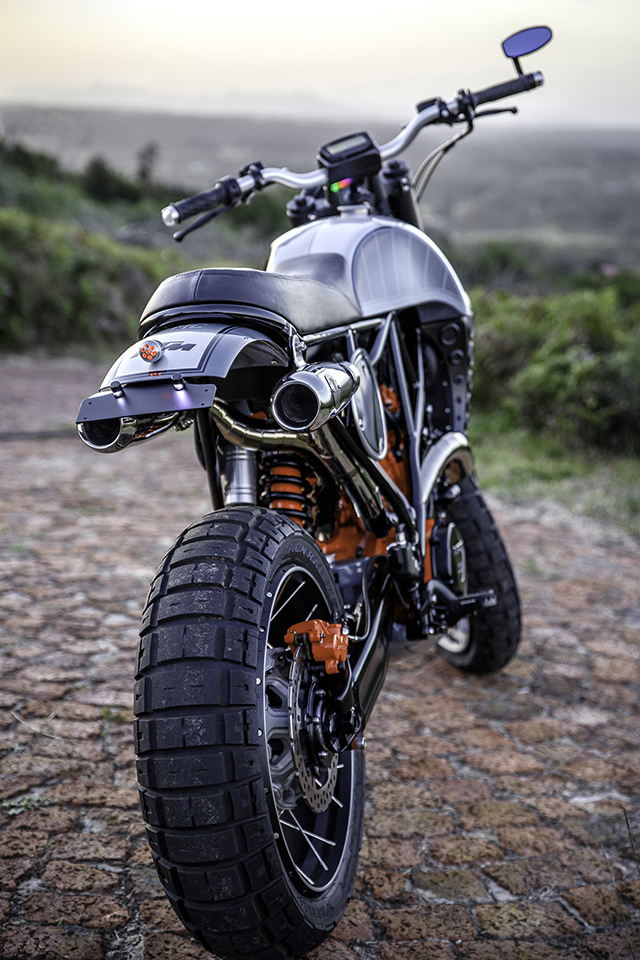 To complete the build, all parts were given a brushed look to show off the aluminium, clear coated with some black and grey added for color. Of course all the parts were hand fabricated from aluminium and stainless steel buy Wayne – including the seat work and paint job! 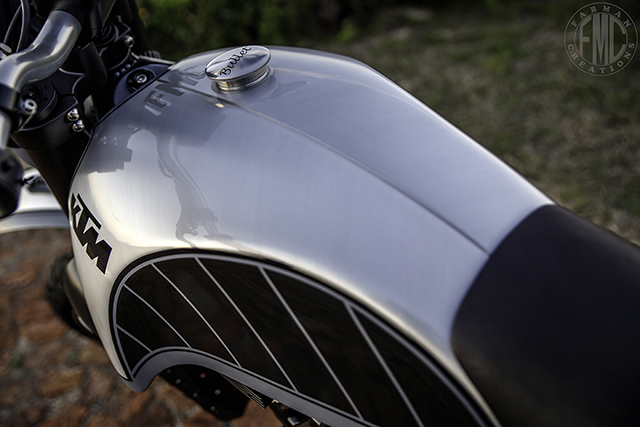 This is one of the cleanest and well thought out custom KTM’s we have ever seen. With all the amazing fabrication work you can see why Wayne called his company Fabman Creations. The bike is also for sale, so if you are interested contact Wayne for more information. 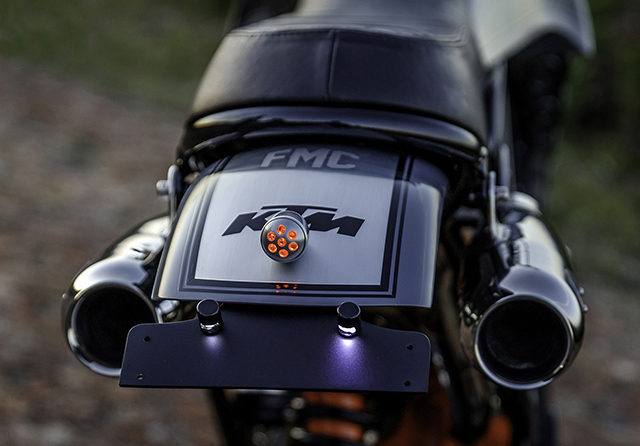 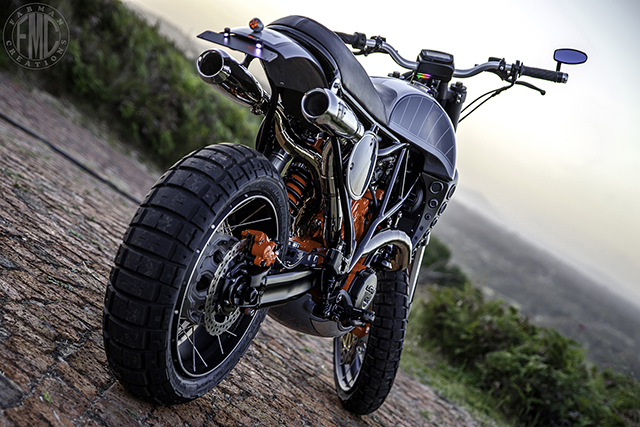 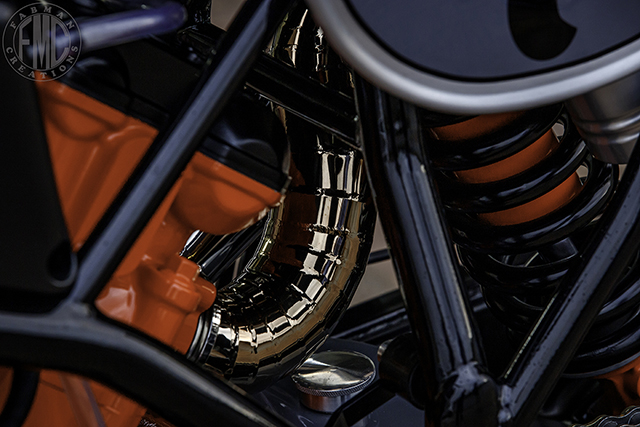 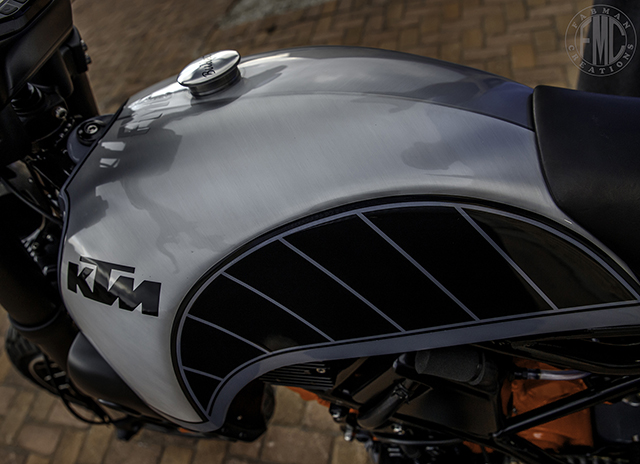 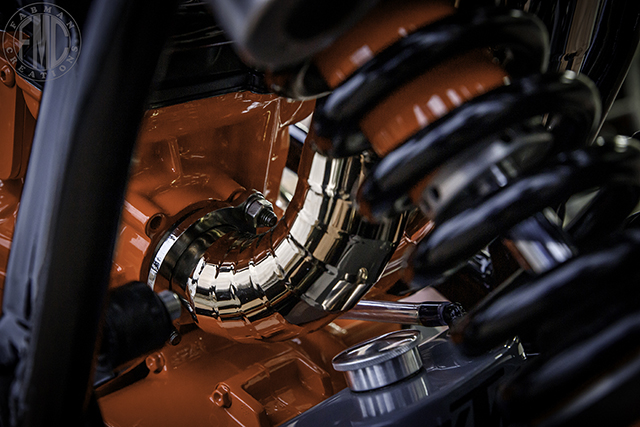 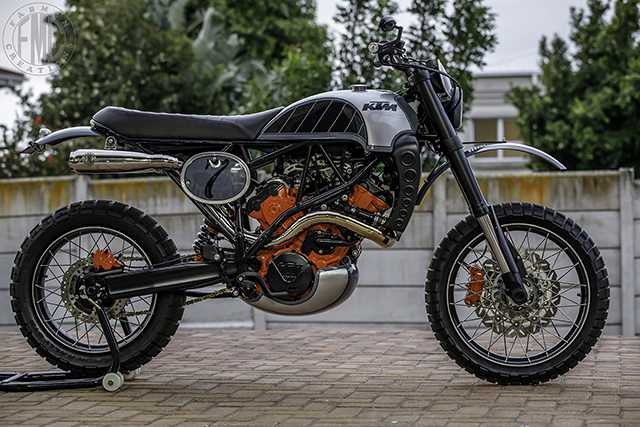