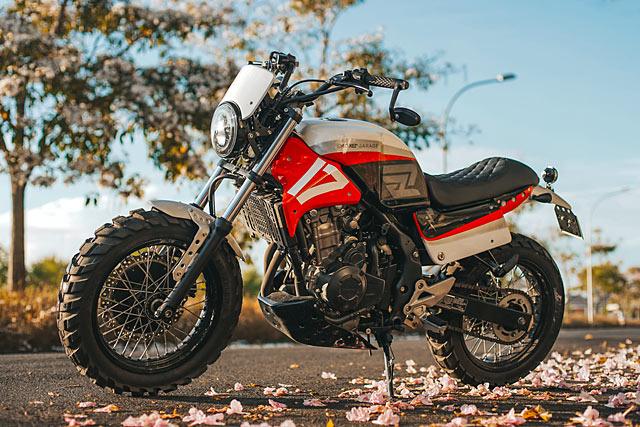 As any pimply teenager with too many hours on their gaming console will tell you, a ‘Rōnin’ samurai is an ancient Japanese swordsman without a lord or master. Mythologised to a crazy extent, them and their ilk have become common naming fodder for moto manufacturers and customisers alike. But in the case of Bali’s Smoked Garage, we’d like to raise our hand and point out the fly in this Far Eastern ointment. For a rōnin samurai to be legit, they have to be ‘without a master’, and from what we can tell this Honda CB500X has had quite a few masters involved in its creation. 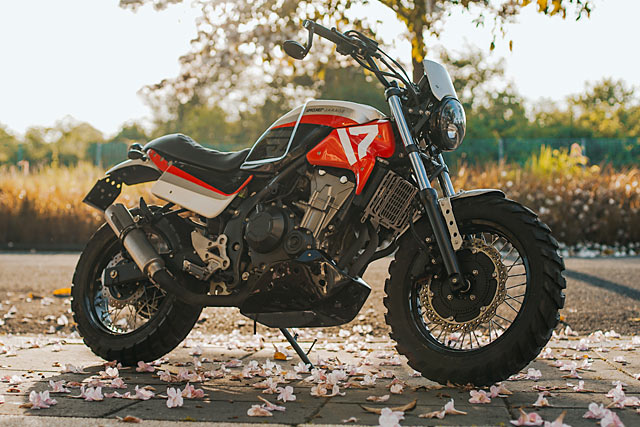 All jokes aside, the transformation that has taken place in the Indonesian workshop of Smoked Garage looks to be just as spectacular as any deft swordsmanship from a Kurosawa masterpiece. Those that know the donor bike may have turned up their noses at the prospect of owning a stock one. Covered in plastic and trying very hard not to be much of anything, it appears to have been designed for riders who are either too scared to stand out or simply can’t make up their minds as to what bike they want. But reviewers have noted that it feels like there’s a little magic beneath all that injection moulding. 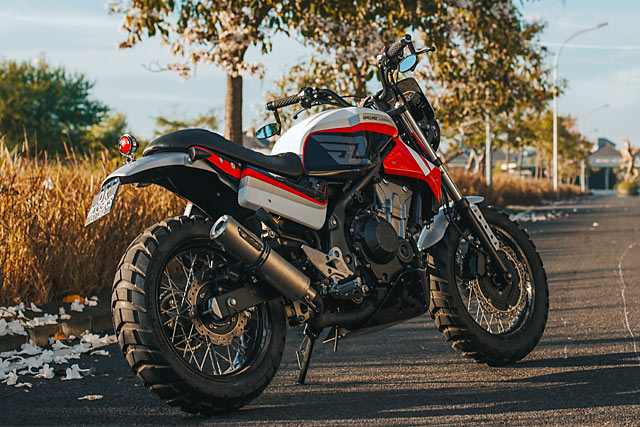 With a giant sigh of relief, enter stage left Nicko Eigert. Knowing that there was a custom diamond just waiting to bust out of the factory’s lump of coal, they stripped the Honda 500X and got to work. “We started by tightening the bodywork and streamlining the bike’s silhouette. Our guiding principle was to create a scrambler for the island of Bali with the style and attitude of a street fighter. We used the original and excellent chassis of the Honda CB500X, but all of the new body panels are custom-made using aluminum to give a sturdy look and a quality feel.”

Unlike the original design, this new look ensures that the body panels are small and inconspicuous enough to expose the surprisingly beefy engine. Nicko notes that the underslung bash plate is another Smoked custom item. “We have also installed an aluminum fly screen for those off-road days; after all it is a scrambler, so it must work as one and not just look like one.” 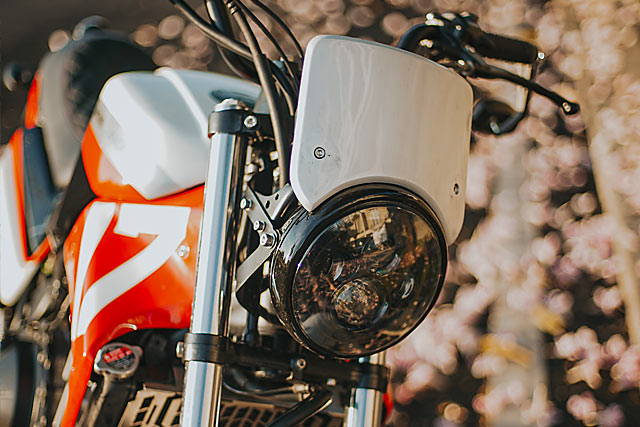 The trend in Indonesia for hand-beaten aluminium bodywork is one that we think is a very good thing. And what the best of the country’s makers can manage with little more than a hammer and a piece of wood beggars belief. “Both fenders have been replaced with shorter aluminum parts to match the bike’s new body panels. By using these smaller, custom aluminum parts, we are able to reduce the weight of the finished bike and make it less intimidating – and therefore more enjoyable – to ride.” 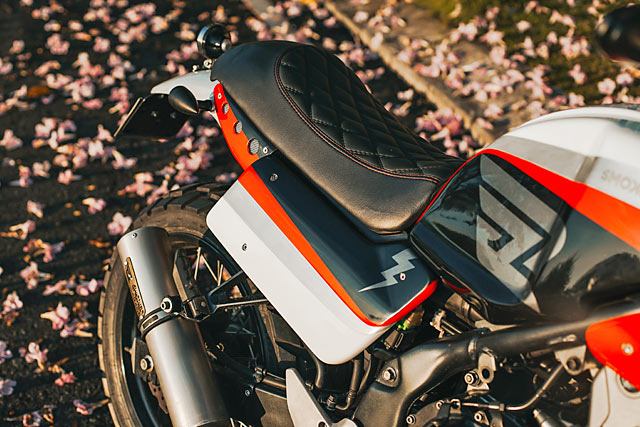 And working with a look we’re seeing more and more of, the Smoked team have added a dash of the racer to their beautiful off-road creation. “The bike’s custom seat has a café racer-inspired rear, but it can readily accommodate a pillion passenger if need be.” Next, both wheels were replaced with bigger units for a more aggressive look and the new tires wrapped around them are clearly better suited for some spirited dirt riding. 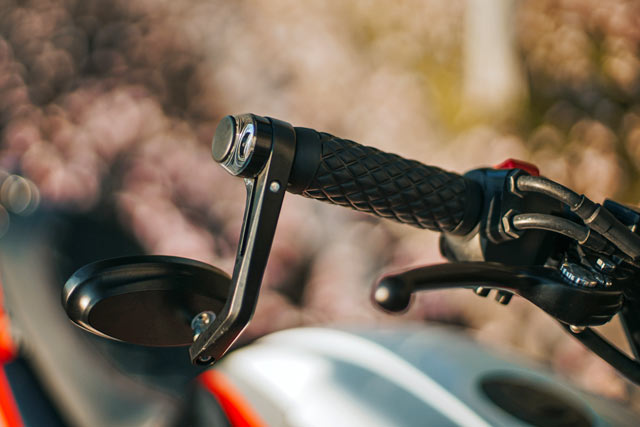 After decoding the wiring enigma machine that is pretty much every new factory bike, all that was really needed was some aesthetic sleight-of-hand. “We needed to rewire the bike mainly to hide the cabling underneath the newer, slimmer body. We decided to keep the original speedometer, but we went ahead and changed the headlights, bar end indicators, mirrors, rear indicators and the stoplight.”

A masterstroke of sorts was devised for the Rōnin’s paint scheme. Rather than starting from scratch, they chose to use the factory’s colour but without the ubiquitous ‘X-Games’ graphics. “Instead, we have combined the original red, black and white colorways with some brushed steel but in a more clean, more racy look. The slim, sharp accents of the colors represent the katana swords used by the rōnin’s as their main weapon.” 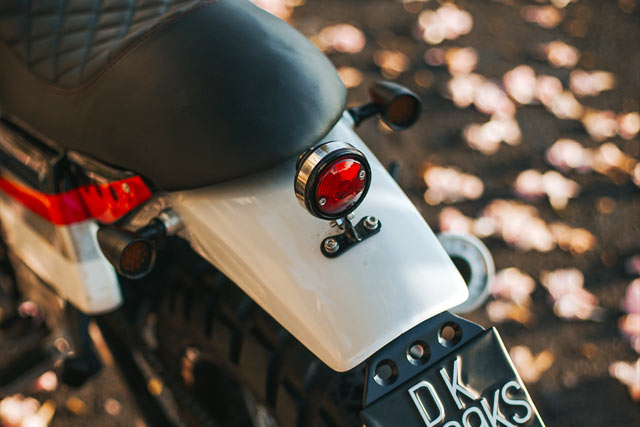 And what of the bike’s number 17? “It was a special request by the customer.” We’re assuming it’s the number of enemy assassins it would take to overcome this Rōnin’s defences. Or maybe that’s just our overactive imaginations. Any final thoughts, Nicko? “In the end, we are happy with its simplicity and ‘easy on the eye’ colour scheme. It all came together beautifully: the name, the style and the lines.” And with that freshly sharpened katana he’s probably holding, we’d be the last to disagree.