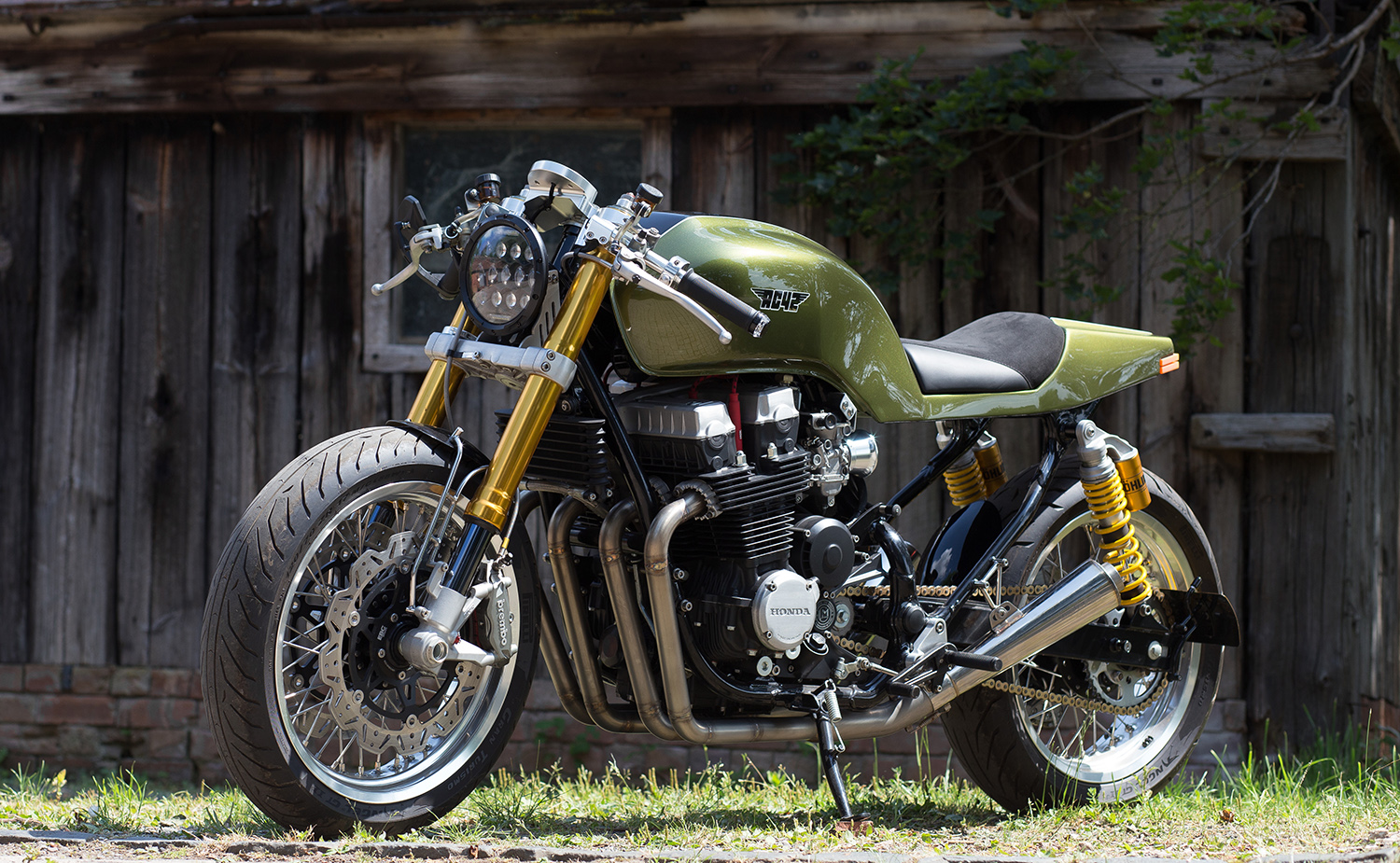 The original Honda CB750 was quite simply groundbreaking, a Japanese sportbike that created a formula that still dominates the category to this day. So after thirty years of development, you’d have thought the ’90s examples would have been incredible, they weren’t! A good solid bike, comfortable and unintrusive to the eye, but they’re just downright boring. Enter BGM Cafe Racers who had a customer roll a fairly crappy 1992 model through the door, and wanted to leave with a cafe racer with all the fruit. A bike they call RC42, the model’s real Honda designation, only this time it’s been built the way it should have been from the start.

But before they could show Honda what a modern cafe racer can be, the boys at BGM had to overcome a shitty couple of years. Den and Tonie got a call on Christmas 2019, that their shop was ablaze and the fire took with it much of their incredible work. They managed to salvage what they could and move into new digs, but no sooner were they back to work when Covid-19 came along and put them on the back foot once again. Not ready to quit they used it as an opportunity to boost their eBay parts store and as things began to ease it was time for another full-on custom build.

That’s when the Honda arrived Tonie explains, “It was a bit of a wreak when the customer rolled it in but the fundamentals (chassis, engine, etc) were usable and we knew it was going to be a total rebuild anyway.” All of which starts by getting the foundations right and the chassis is cleaned up, the big long subframe section cut off and the fixing points for those horrible old side-covers removed from the equation. The shortened rear is finished off cleanly and then the underneath is boxed in to provide both a neat finish and the perfect electrics tray further forward.

The factory suspension is fine for touring, but tip it in tightly sportbike style and you quickly find its limitations. So to give the CB the handling it deserves, the lads picked up a set USD Ducati Showa forks, stripped them down, and built them back up with polished stanchions and gold anodized legs. To fit them to the Honda frame, the Ducati lower yoke has been retained, and then the guys at Fastec given a call to sort out the rest. They machined up a new stem and an incredible top clamp, that features a recess for the Motogadget speedo and the BGM logo engraved just below.

Still at Fastec, the boys had them machine up an all-new front hub to work with the new front-end setup. Before the SM Pro rims and hubs were sent over to Central Wheels who crafted the spokes and laced them all up. To bring the rear suspension up to the same kind of standard, there was really only one way to go and that was with a set of fully adjustable Ohlins shocks. To take care of stopping duties, the front brakes are the always beautiful Brembo radial calipers that grab a set of EBC discs. While at the rear, a low-slung bracket swings another Brembo caliper and wave disc combo.

Now that they had the bones of a serious piece of kit, it was time to give it the cafe racer makeover that the owner so desired. And to really make it stand out from the pack, a full monocoque body was chosen as the solution. Utilising the stock tank, it then flows seamlessly rearward to the tail end section, which has a modern take on a cafe hump. “The original fuel cap was removed off the tank and replaced with a ‘push’ type flush-mounted one.” The electronics tray forms part of the piece and it’s all topped off with an ultra neat seat setup.

The front headlight helps brings the old CB into the 21st century, the LED unit hard-mounted against the front forks. But it’s the rear lights that steal the show, a true BGM signature touch, the neatly cut and styled perspex is backlit with more LED lighting. Time for the colour, and the owner knew he wanted a deep green, “The green and black combination originates from a custom 1934 Ford COE from So Cal in the US. We tried to match the colour from the internet but in the end we contacted the So Cal Speed Shop in Southern California to get some pointers. We then went back into the paint shop and finally came up with the end result.”

With the bike looking a million dollars, it needed to run that way and the four-cylinder across the frame lump was pulled down for a full rebuild. Before the carbs were rebuilt, fitted with velocity stacks and the exhaust laid out. “It was fabricated in-house using stainless steel sections with distinctive megaphone silencers and is designed to provide access to the oil drain plug.”

Even the little details get attention at BGM, which is evident on the bars with trick Brembo masters and the super neat guard mounts on the front end. Honda of course will never make a CB750 this good, but you can bet your ass the client is happy with just how well his RC42 turned out, in true modern cafe racer style.