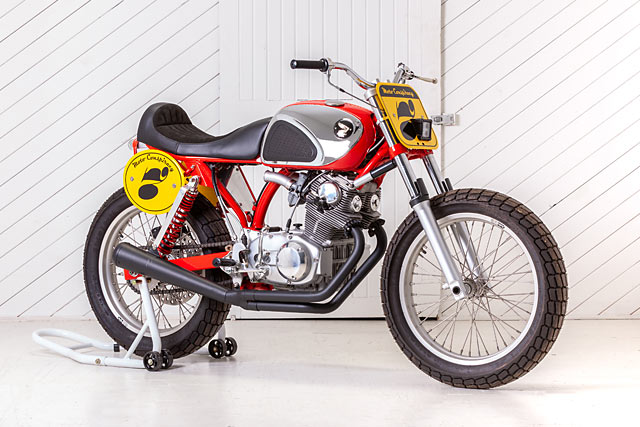 In a place where bigger is always better, it’s surprising to see a shop like the Moto Conspiracy. The Dallas-based workshop is a neat little operation that specialises in ultra-clean little cafe racers. But this time they’ve branched out, with their first street tracker — a 1964 Honda Superhawk designed to look like a factory optioned build. 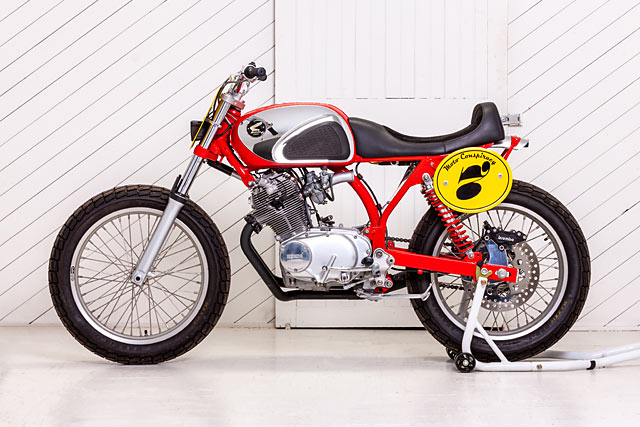 That’s right, The Moto Conspiracy’s Isiah Booth is new to the whole tracker thing. It all started a few years ago when made a trip from Texas up to Milwaukee, Wisconsin, to check out a motorcycle show. And he was blown away by the flat tracking scene in the cheese state. All those wide-bar, fat-tired, left-and-left-again bikes had him drooling. “I decided I wanted to build one for myself,” he recalls. 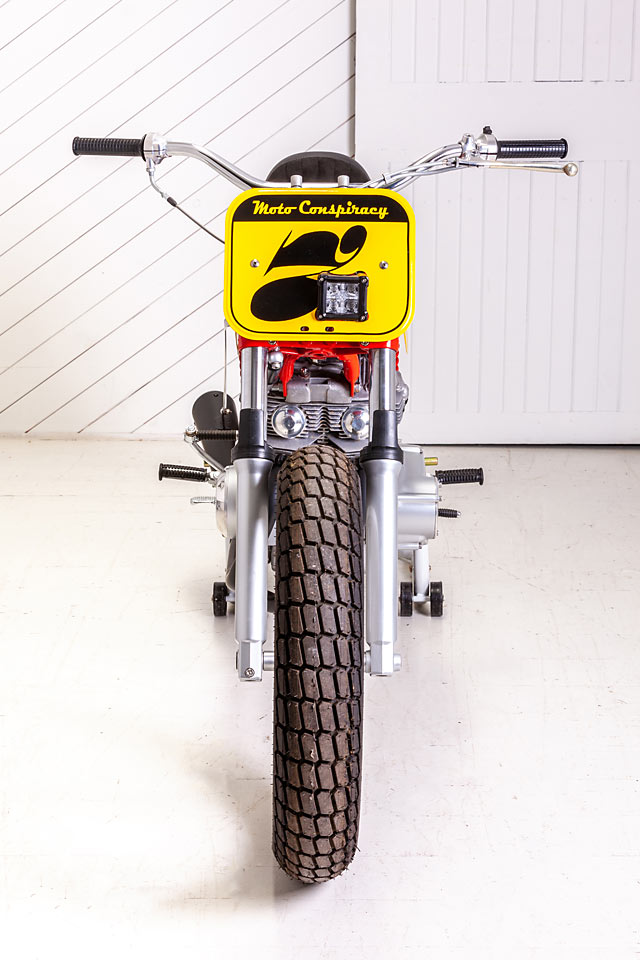 “It was a little later,” Isiah recalls, “after lacing up Sun rims to a Harley rear hub and front spool, that I decided on a Honda CB77 Superhawk as a base for the build.” And then his brain started ticking over one night on the internet. “I was scrolling through Facebook and an original CYB came up on the screen. I’ve always loved those bikes.” 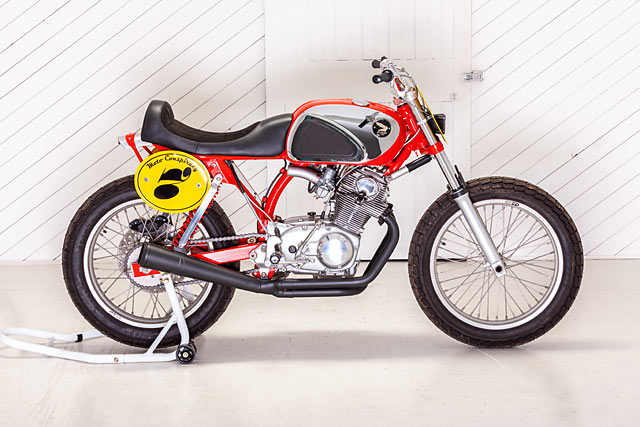 “For those of you not familiar with the CYB, it’s simply a CB77 equipped with a factory race kit available at Honda dealers at the time. Similar to a HRC kit available today,” Isiah explains. “That’s when I thought, since Honda offered a road race kit, why not a flat track kit for the same bike, using interchangeable parts? So I decided to build what I imagined Honda would have offered a flat track enthusiast way back when.”

[superquote]“For those of you not familiar with the CYB, it’s simply a CB77 equipped with a factory race kit.”[/superquote] 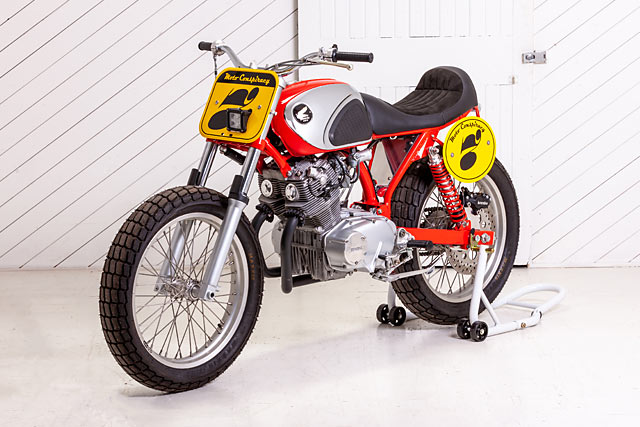 And Isiah was lucky, having a womble-like tendency to accumulate old bits of British and Japanese iron. So the Superhawk you’re seeing here is a medley of different parts. “I honestly can’t remember where I found this particular Superhawk,” he says, “and I’ve built a few over the years as it’s one of my favourite designs. I’m pretty sure this is at least three or four mixed up together, with some Ducati, Harley, Norton and Yamaha parts thrown in for good measure.” 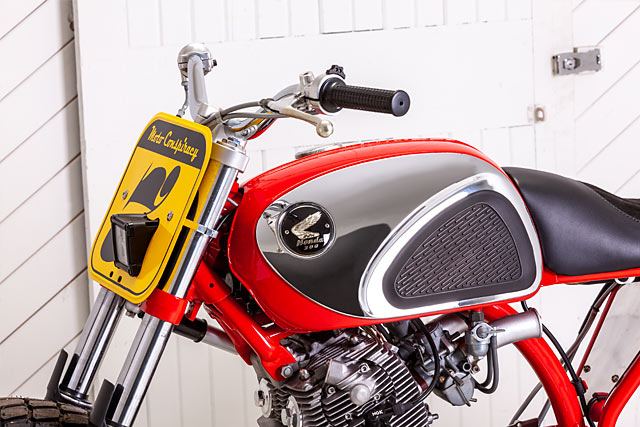 But almost immediately there was a problem with his plan. Isiah’s huge wheels wouldn’t fit the original Honda forks and swingarm. So he swapped out the forks for a larger pair, redesigned the rear half of the frame and built a custom swingarm for the larger wheel and whopping four pot Brembo caliper. “While I was doing all that I utilized as many original frame parts as I could, so I could keep a stock feel,” he says. There’s still a fair bit of trickery going on here. The seat, a CYB fibreglass copy, was modified to fit, while a set of period Works Performance Shocks help raise the rear end of the bike. Tidy lights are hidden away in the front number plate and a small LED projector in the rear. 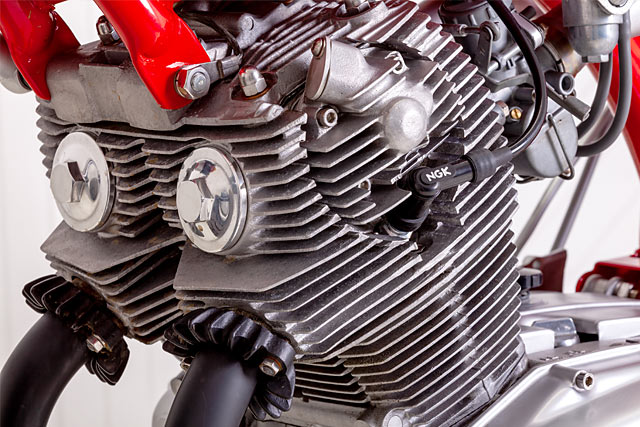 Isiah’s understandably ecstatic with the way the CYB turned out. “The CB77, in my opinion, has some of the best lines of any bike from that era. I simply tried improving on an already gorgeous motorcycle. The hardest part was trying to keep it looking like a factory option, give or take a few modern conveniences.” 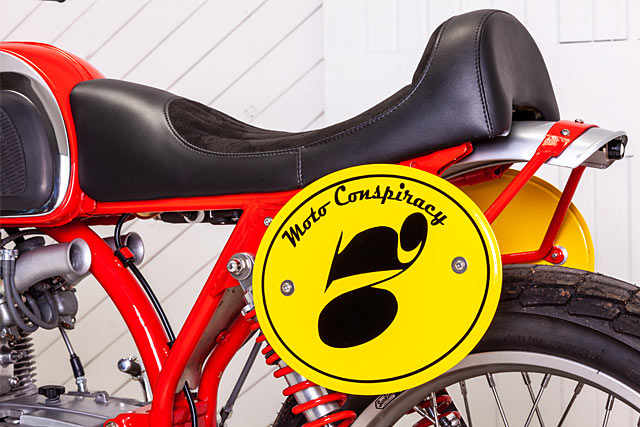 And what a job he’s done! The Moto Conspiracy’s CYB is a gorgeous example of a build that straddles the line between out-and-out custom and a respectful restoration. And the best thing? Isiah and the team are going through some big changes at the moment. They’ve moved to a new shop and they’ve got a whole bunch of really cool projects in the pipeline. So watch this space! 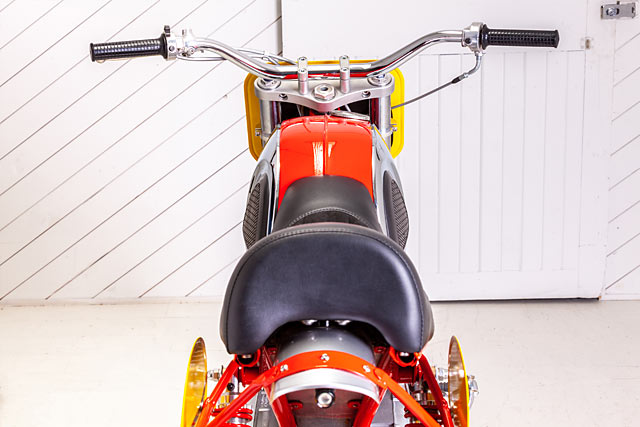