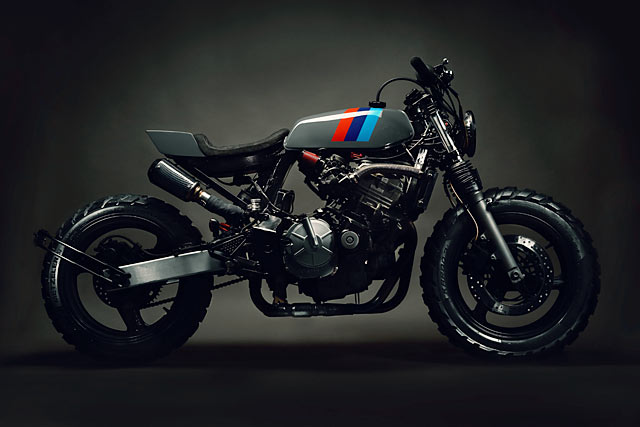 You could say that the future has been a bit of an obsession for Denmark’s Jonas Sabel. As a founding member of a famous local shop, he’s decided to check out what he can do by himself and he’s looking towards the future of custom bikes as well. We’d call him a visionary, but the guy seems so humble he’d probably be embarrassed by the moniker. “You could say that I’ve been building bikes most of my life,” he says in opening. “Four years ago, I was one of the co-founders of Relic Motorcycles but recently I decided to go solo’. I’ve been keeping very quiet about my recent work, but as of right now I’m officially building bikes on my own. I just can’t leave them alone. My mind just starts shaping metal as soon as I take a break. It’s a disease, I think.” 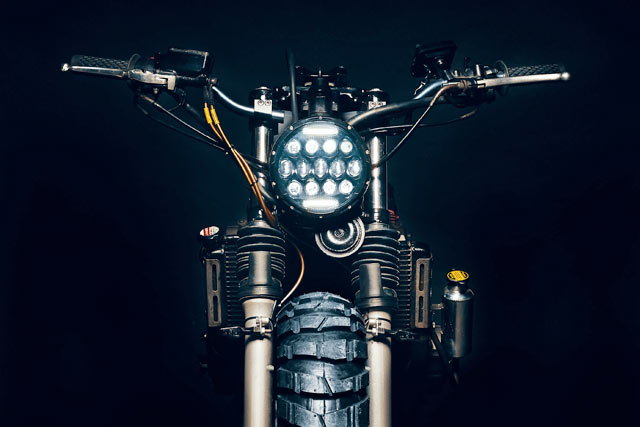 Jonas says that he dreamt of the bike as a futuristic Tracker-like concept. “But in reality, it’s an attractive and reliable daily commute that can put down some serious city riding and do some outback tracks as well.” The donor bike was an ‘02 Honda Hornet CB600F from 2002, found in an ad last year. “I would say it was a ‘barnfind’ but it’s from the naughties and not really that old; although it was stashed away in the seller’s garage and was clearly neglected. It turns out he got divorced right after he bought it and he never really got the chance to enjoy it.” So Jonas got a good bargain and enough time to draw up a blueprint in his head as to what he was aiming for. 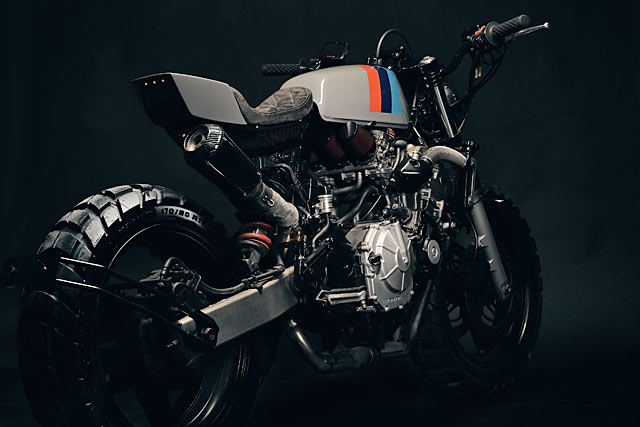 “I decided to look to the future for inspiration. I’m used to building trackers and scramblers using old Yamahas from the ’70s and ’80s, but with this project I wanted to go for a more ‘edgy’ look and base it on this newer Honda Hornet. I chose this particular model as the engine and frame make it a really neat starting point, with pretty much endless possibilities.” 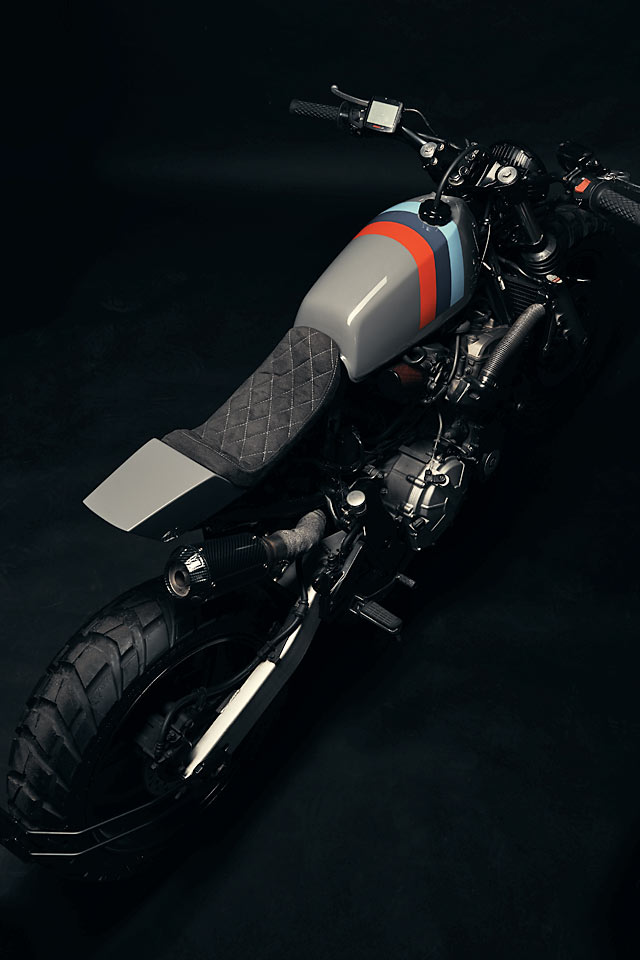 Jonas kicked the hard yards off by stripping down the whole bike and then walking around it ‘like 200 times’ trying to figure out how he wanted to mould it. “I’m all about lines and function; I’m always mapping them out in my mind so as to make the bike stand out from the crowd. I shortened the rear section of the frame and went for the more compact look. I used 5 or 6 prototypes of the rear section made out of cardboard, but in the end I made it match the line of the tank which I took from an old Yamaha DT off-roader from ’78.”

[superquote]“Stripping down the whole bike, he walked around it ‘like 200 times’ trying to figure out how he wanted to mould it.”[/superquote]

From there he integrated the LED lights in the rear end and stowed all the new wiring underneath the seat. Painting in a ‘so hot right now’ Nardo Grey (a shade you may recognise from Audi’s 2018 RS range) he then put some old-school BMW M stripes on it as well. Honda, Audi and BMW? Now there’s an interesting match-up. “I would also say the bike has gone through a diet and has lost a lot of dead weight during the process,” he adds.

“What was the hardest part of the build? Definitely the combined seat pan and rear section, which is handmade and welded together as a one-piece so that it would attach as a clip-on part to the frame. Combined with the small minimalistic tank and sharp edges, it kind of resurrected the bike and gave it a more clean and meaner feel. But that’s also what I like best about the bike. The ‘bossy’ and aggressive look. It doesn’t matter which angle you look at it, it just tells you that it’s here for the kill. So yeah, I think I turned a common boring bike that no one would consider for a project on and made it into a real head-turner in traffic.” Job done, I’d say. 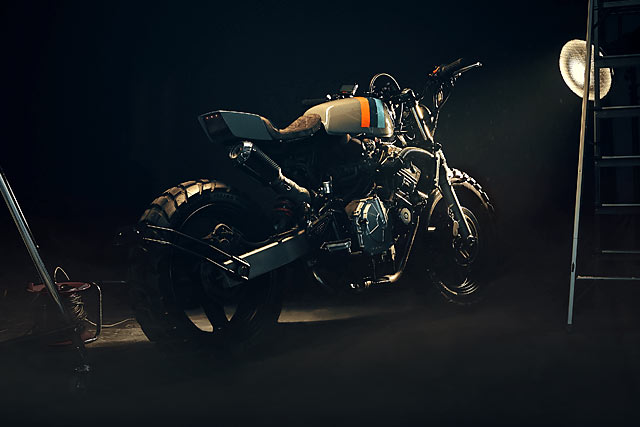