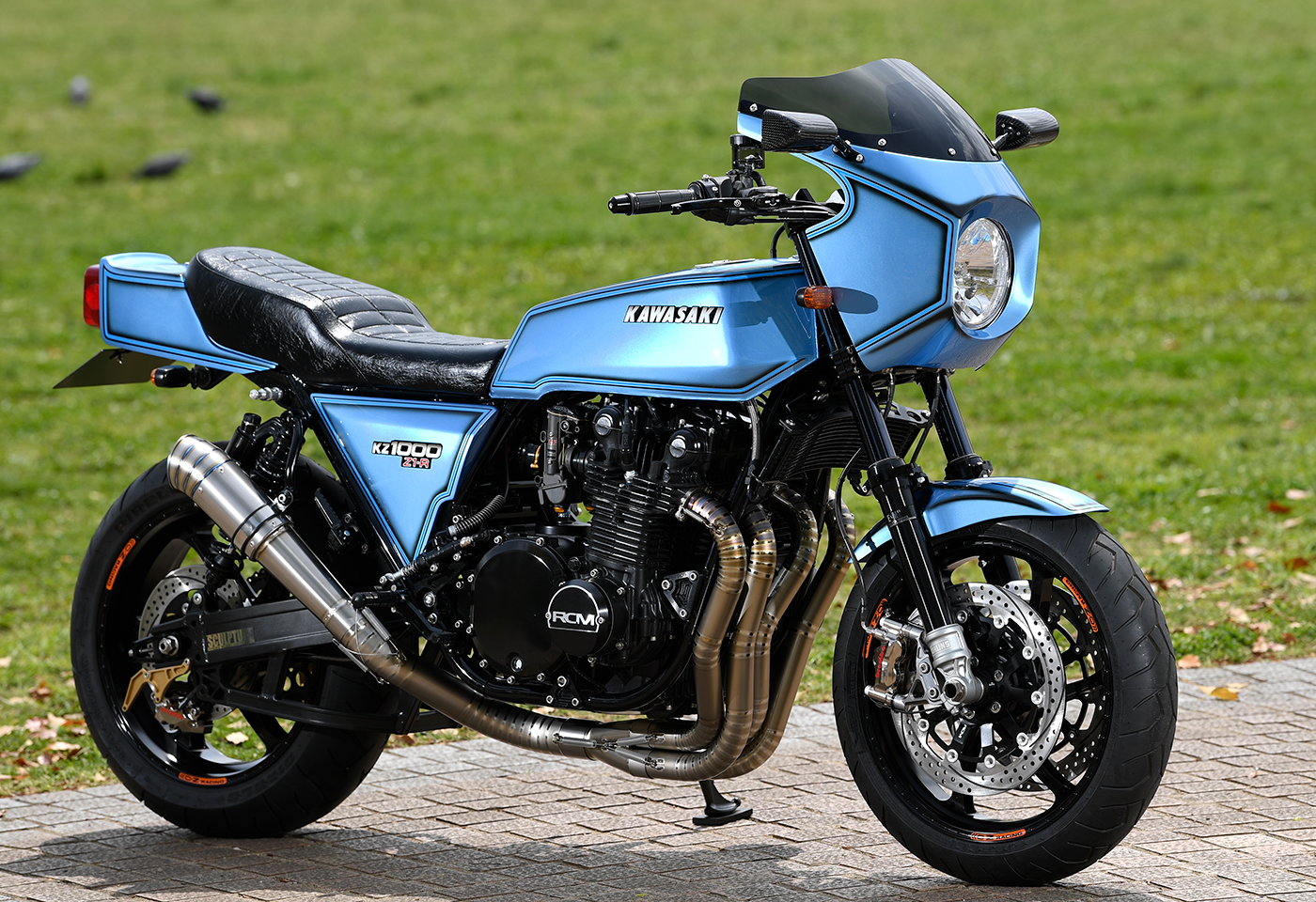 One of these things is not like the other, this was the message that came loud and clear from bike building genius Hiroyuki Nakamura. The founder of Japan’s world-renowned AC-Sanctuary has dedicated his life to crafting custom motorcycles of the highest order, and it’s very clear he refuses to rest on his laurels. In May of this year, we featured another of his ZR-1 creations, the exact same model as this bike and many people may assume that the two builds are one and the same. But, with development never standing still at the Japanese workshop, Nakamura-san has given us a run down as to why just two months later, their latest masterpiece, RCM-576, is the ultimate old-school Kwaka, and you’ll never guess what he’s done to make such a big leap in such little time.

There is simply no doubt that AC-Sanctuary is the resto-mod kings and with nearly 600 full custom builds to their name and nearly half of them being Kawasaki Z bikes, they know these things backward. In the past, we’ve explained the way they use their in-house laser-guided jig to not only confirm each frame is millimetre straight but also to enable them to weld in additional bracing and ensure the heat from that process doesn’t move anything out of alignment. This has allowed the shop to create some brilliant handling Zs that are light years ahead of anything from the late ’70s and early ’80s.

But as Nakamura-san explains, there is an inherent problem in the design of the Kawasaki machine, “The steering characteristic, which is the biggest crying point of the Z1-R, is the total weight of the parts around the front mask. It’s too heavy and lacks lightness because it’s fixed to the stem.” Simply put, the weight of the front cowl, instrument cluster, and supporting brackets all swing from the highest point of the frame’s neck and some of those parts place their weight on the upper triple clamp. When you try to turn you’re literally fighting that weight, and the Zs are already top heavy as it is. The end result is that when pushed to the limits and improved with superior forks, the weakness of the steering becomes amplified.

It all starts to get complex, steering is just one part of the motorcycle’s handling, and weight and aerodynamics all play a role too. So, for build RCM-576, the team at AC set out to rectify every one of these issues and combine it with everything else they already know to give their client a Z that simply performs better than any other. Starting with the bare frame in the jig, all of the usual bracing is performed, and the pivot point is strengthened for that sexy Sculpture swingarm that is a staple of the team’s work. Then the big change, the neck area is lowered, and the geometry reset to all new specs, before a custom head adjustable steering stem is dropped through.

Now the overall weight of the steering input has been lowered, the triple clamps are machined to match the rake required of the new setup. The next step was to use a lower set of risers, we’re only talking millimetres here, and the bars are set at a slightly flatter angle too. To further reduce the weight that sits in front and above the steering stem, the bracket for the front cowl is made as light as possible and affixed lower than on previous builds. Normally a fan of using the old school clocks, Nakamura-san saw another chance to weight save and uses a Stack two-in-one dash mounted to a simple carbon fibre plate.

The final piece to the puzzle of overcoming the handling weakness was to improve the aerodynamics of the front cowl. Again, the changes are small, but pour over the details and you can see smoothed out lines, 5mm less on the fork surrounds, lower screen, tighter fit around the headlight and I’m sure I missed other touches.

The rest of the paint and bodywork is absolutely beautiful and the hand-built tank is designed to sit as low over the bank bone as possible, again, getting weight lower to the ground. Carbon fibre mirrors are yet another change in the pursuit of perfection, but some things never change and the original style trimming on the seat keeps things period correct.

Now to make bulk power and the block is honed and prepared to pump the capacity out, the crankshaft is customised, a host of small changes are made and then a set of German Wössner forged pistons dropped in. The cylinder head is given the works package, absolutely everything has been upgraded and to make the most of the extra flow, a set of Kent camshafts are fitted with adjustable gears to dial them in. A bank of Yoshi TMR-MJN38 carbs is bolted up, and boy do they look good all blacked out with matching velocity stacks. An all-new ignition and oil cooling setup joins the party and the powerplant is finished off with a full titanium Nitro Racing exhaust.

You can just imagine the torque this thing makes and helping to plant the rear tyre to the ground are custom commissioned Ohlins rear shocks. The front end wears a set of traditional way up Ohlins too and the brakes are all Brembo, with radial-mounted calipers for the front being MotoGP 4RX spec, and the rear caliper is nickel plated to match. Finally, to reduce unsprung mass, a set of Oz Racing lightweight wheels get the call up and they’ve been wrapped in Pirelli Diablo rubber.

Just two months ago people were calling RCM-564 the “perfect” Z, now AC build no. 576 has taken things to a whole new level, and as you drink it all in, Nakamura-san is working on a machine to take the bar to another level; genius!