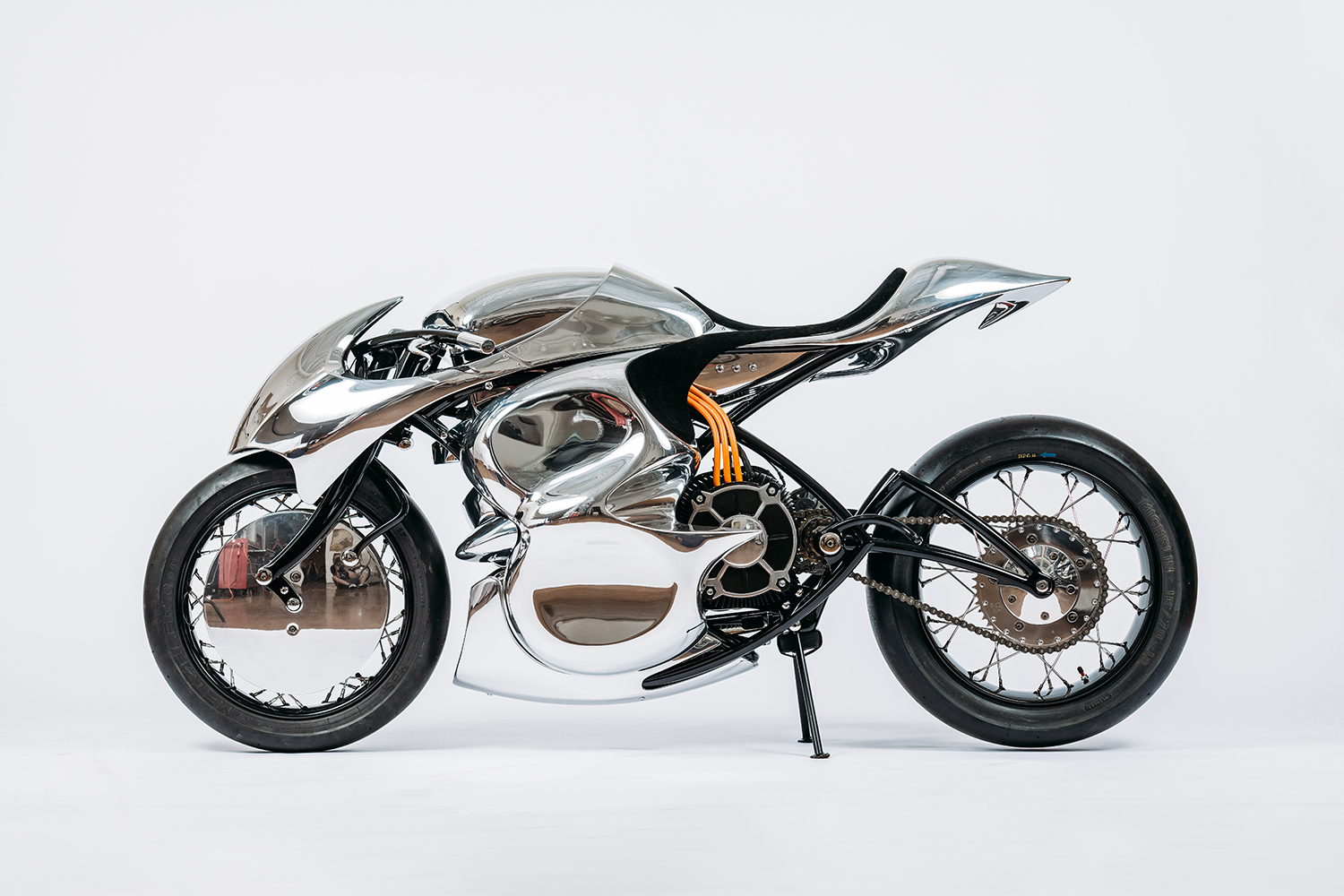 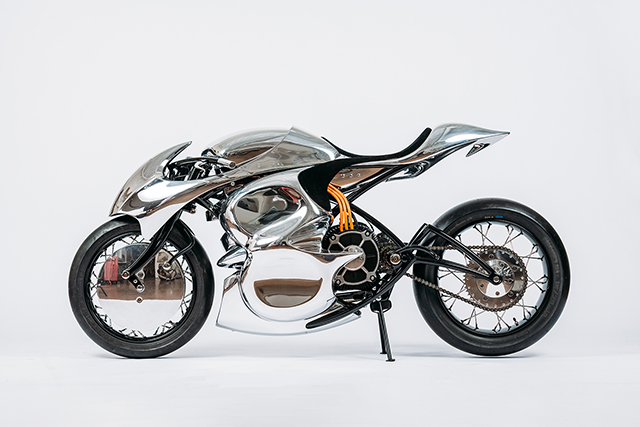 Can you introduce yourself to our readers? Where you are from and what you do?

My name is Jay Donovan, I live in Victoria, British Columbia, Canada and I suppose I would say that I’m a metal fabricator/artist who is learning how to build motorcycles. While I definitely approach building in a very artistic way, my goal and intention is to continue exploring ways to do so that impede less upon function and grow the harmony between both a motorcycle’s static, or visual impact, and it’s kinetic function.

When I first met you at the Handbuilt Show a few years back, I was blown away by how young you were. Can you tell us how you ended up building custom bikes?

Motorcycles were actually something I kind of stumbled into. In hindsight it makes total sense as to why I became drawn to them, but building them was never the initial plan.

During the second year of my Autobody apprenticeship I was first truly introduced to the world of metal shaping when I was lucky enough to have an instructor who practiced the art alongside his collision career. I’ve always enjoyed working with my hands and building things, but metal shaping was the first thing that I really connected with, in that it gave me the ability to control form in this truly dreamlike kind of way and get the visual appeal I have always been drawn to. I became obsessed with the practice pretty quickly.

Soon after, I set up a little shop in the barn on my mom’s property and began collecting some basic tools. I am sure like most people who get into metal shaping, I pretty quickly realized there aren’t many people around where I live doing it. So after a little practice gathering what knowledge I could online I decided to attend my first metal shaping class with Wray Schelin at his coachbuilding shop in Massachusetts, and then a second shortly after with Christian Sosa. Returning home with those two experiences I guess I felt I had enough information to appropriately weigh the options of moving away to work in someone else’s shop, or try and pursue things on my own. 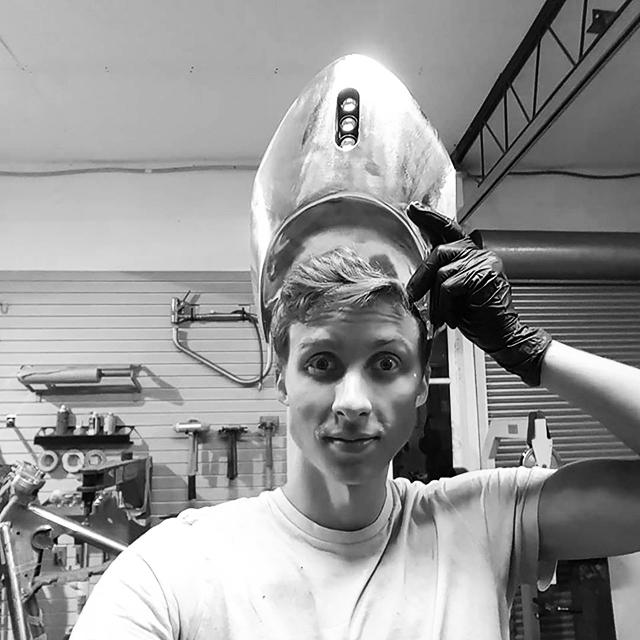 While finishing up my apprenticeship and getting my red seal, I took on a pretty cool Model A project for a local fella that took 2 years of my pretty constant evenings and weekends, but It gave me my first real opportunity to get a little creative with the skills I had started to learn. It ended up getting a lot of attention at the local car shows and was a big part in what gave me the confidence to quit my position in collision in order to continue pursuing metal work full time. A decision that, in hindsight, seems a little batshit crazy knowing how little experience I had, and probably what could barely be considered a plan, but I had grown tired of collision work and metal shaping held a pull for me I found hard to ignore.

I loved the idea of coach building and doing radical custom projects, but realized pretty quickly that most of the work available when it came to these vehicles was in restoration. These jobs gave me my fix of metal shaping and taught me alot, but were definitely lacking a bit in the creative department. It was in 2017, with a restoration job on the go and limited shop space, that the custom motorcycling scene first came onto my radar. The momentum of the custom scene being quite high and getting to see so many different cool things online, motorcycles themselves definitely seemed to offer the creativity and diversity I was craving. Some time around then I bought my first project bike, a 1976 Yamaha.

Around the same time I bought the Yamaha xs650 that would become Manta, and heard about Michael Lichter’s “Motorcycles as Art” show, with that year’s theme being “Old Iron, Young Blood”. The theme seemed too appropriate to not at least try and get in, so without much to show I reached out and to my amazement Michael gave me a spot. Despite the short deadline before the show, or perhaps because of it, I decided to fly down to Austin, Texas, for that year’s Hand Built Show (2017) to get some motivation. I didn’t really know what to expect from the show going in, but if I had had any expectations, the bikes, the energy, and the people all far exceeded them. Seeing the work of guys like Christian, Shinya, Max, Craig and Revival all under the same roof really solidified for me what an incredible and diverse medium motorcycles are. By the time I flew home I was 100% sold.

Have you always been into motorbikes? First memory on a bike?

I got my first bike at 16 as really just a fun way to get around while I had my Learners permit and still couldn’t drive a vehicle on my own, but had always had an interest in bikes having grown up on two wheels and watching shows like OCC. As for my first memory on a bike, that would probably be hopping on my friends little dirt bike at about 13 or 14 and whiskey throttling it across the yard.

Hardest thing about building custom motorcycles for a living?

The actual building of bikes always has its difficult elements, the business and marketing side of things equally so, but, for me, I think the “hardest” things about building motorcycles for a living has always mirrored the hardest things about life. At the end of the day, despite the difficulties, I think that’s pretty great and I feel incredibly lucky to have that synchronicity in my life.

From a practical sense one of the hardest parts about actually building a bike for me funny enough can be selecting the tires. I often find that the wheels and tires dictate so much of the feel of a bike and being that the wheels are usually one of the starting points they have to be chosen going in a little blind and then continue to dictate so much of the build. Building from a more artistic sense it seems to be where the real direction for a project is solidified.

On a more philosophical note, I think that there are two things that I have truly found the most difficult to navigate. The first has been trying to find and maintain a balance between the isolation that so often comes along with long hours in the shop, as well as riding itself, and the other aspects of my life, be it time with family, friends, or fostering the many great connections I’ve found within the industry. While sometimes I feel like ive found this balance, more often than not I find myself slipping to one side or the other due to deadlines or things that come up in everyday life. Hopefully with practice this balance becomes easier to maintain. The second is that at the heart of any entrepreneurial or artistic endeavor I think that there is always the struggle of trying to identify and reconcile your own meaning and purpose and channel it into something that you love, so that, hopefully, that meaning and purpose can be felt by others. I can only hope to be so lucky.

Bike you would buy if money was no object?

It would have to be a Britten. Besides my mom being a kiwi, I have a very distinct memory of being on a trip down to NZ when I was a kid and visiting  the Te Papa Museum in Wellington where they have one on display. I’m sure that I barely knew what a motorcycle was, and I definitely didn’t know anything about John Britten and the story behind the bike, but I just remember that there was something special about it and I kept going back to stare at it. 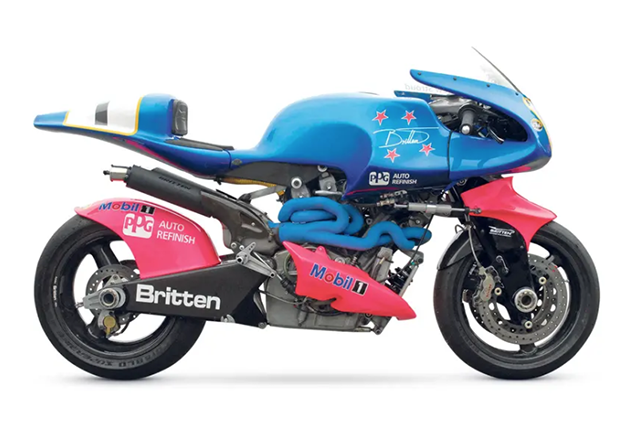 I don’t think that I’ve actually spent time on anything more modern than my 99 Yamaha R6, so I’m going to have to speak a little theoretically. On the electric front I really like what Zero is doing, as well as this more local based company out of Vancouver called Damon Motorcycles. On the gas front, I’ve got a bit of a thing for boxer engines at the moment as well as the bigger singles. As far as a stand alone bike, I really quite like what husqvarna did with the 701 vitpilen.

Looks like you’ve been busy. Can you tell us about your latest builds?

My latest, now residing at the Haas Moto Museum, was a pretty special one for me, and a big leap into the unknown. I wanted to make something as ground up as I could to really push and grow my skills, and to really explore what was possible, especially in the world of electric bikes. Practically speaking, I saw pretty much all electric motorcycles at the time falling into three categories: very futuristic, cafe racer inspired, or covered up like a modern sport bike, and I wanted to do something that fit outside of these categories. I wasn’t sure what that was going to look like in the beginning but I was very curious about the relationship between quality and modern technology, and knew that I wanted to expand my understanding of design and engineering, their boundaries, both hard and soft, and their dynamic and philosophical relationship to one another.

What’s next for Jay and Baresteel Design?

I have been pretty quiet lately, but I am about to get rocking on a third project with Bobby for the Haas Moto Museum which will be based on a 1963 BMW 60/2 powerplant and is going to be kind of my personal interpretation of what a period manufacture concept bike could have looked like. The design itself is embodied as the final piece in a trilogy, which started with Manta and Stingray, so it definitely shares some of their DNA, and I’m hoping that it will express the growth and understanding I’ve developed through these first two builds.

On top of this, I am also very happy to be working with Paul Brodie, out of Vancouver BC, on a very cool collaborative project. Paul has spent the last decade recreating the 1919 Excelsior which was all but lost to history following a tragic racing accident. He has been painstakingly developing and hand building a short run of 10 period bikes and our collaborative intention is to make 1 of those 10 into a unique one off build. 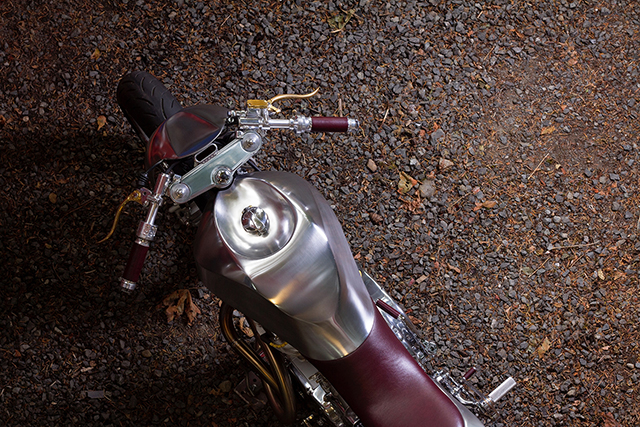 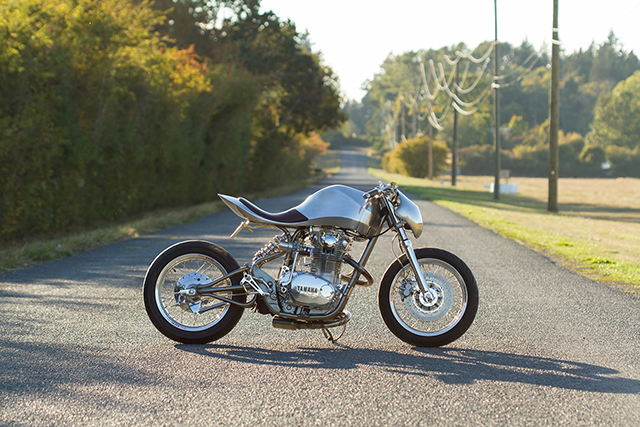