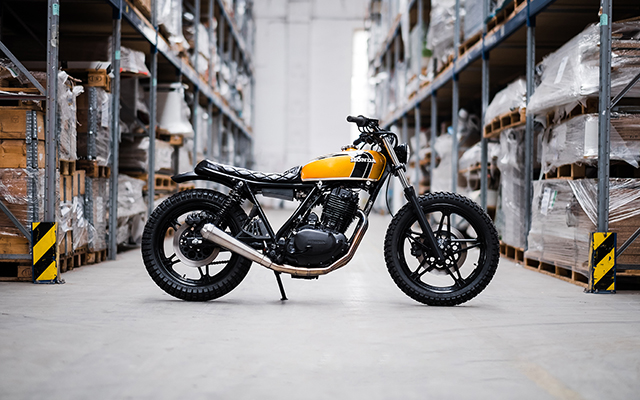 The engineering professor who was the first to build functioning models of artificial neural networks has a quote he likes to use when explaining his work, “the simple things are the hardest”! It was a philosophy that Uwe Kostrewa of Cologne’s Hombrese Bikes was to discover when taking on this build. His girlfriend wanted to get her motorcycle licence and have him build an easy to ride yet cool looking custom for when she passed her test. But despite Uwe having a portfolio of incredible machines, he was still working on this slick Honda FT500 street scrambler when she’d achieved her half of the bargain. 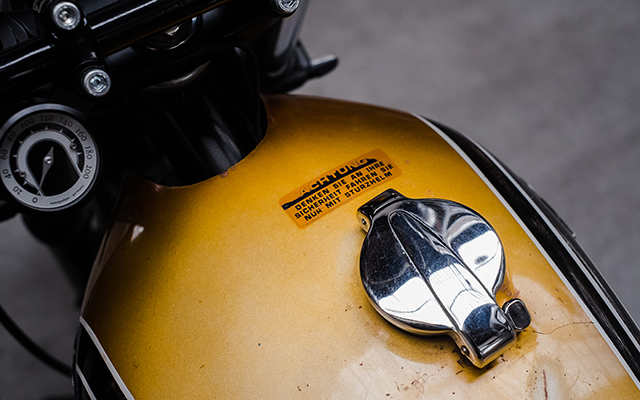 Uwe was on a break in the Netherlands visiting his girlfriend and started to wonder if she shared his passion for two wheels. “I had one of my motorcycles with me and asked her if she would like to ride. After a short hesitation she said yes. After a few meters, she smiled and it was clear that she wanted her own motorcycle.” So while she got to learning and studying for her test, he was on the internet hunting for the right donor bike. 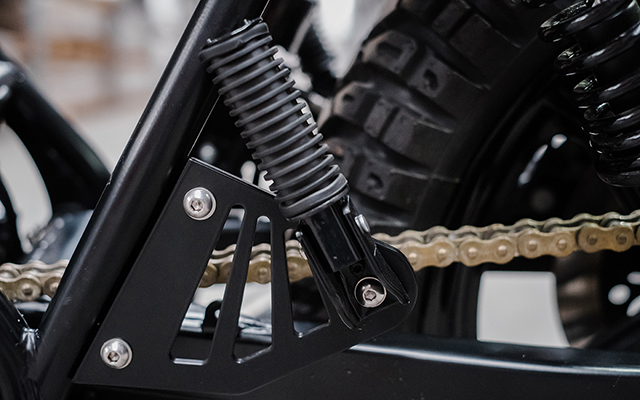 Having previously built custom SR500s and a GN400 that would be suitable for a learner, it was a Honda FT500 that caught his eye when browsing eBay. Wanting to check it out for himself he was soon to discover the bike was in good condition and was owned by a lady rider who’d enjoyed the bike, it was meant to be. So after some haggling on the price he was soon back at his workshop ready to start. 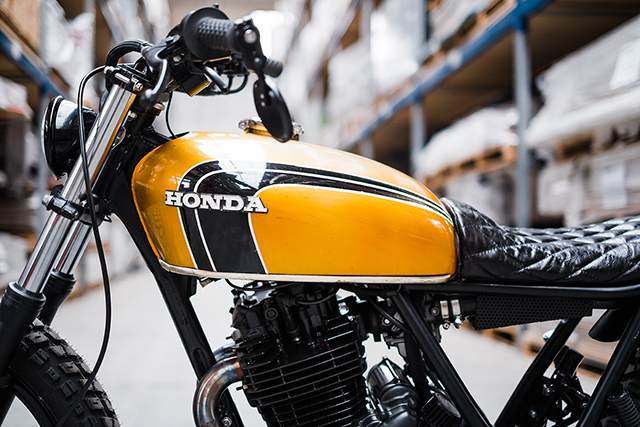 But Uwe smiles when telling us, “I had a time problem with building the bike because she was very fast. So, in the end, the license was finished before the bike.” That’s in part because despite it being her first motorbike he still wanted to make sure it looked cool while still being easy to operate, low clip-ons need not apply! The bike was stripped down and all the parts from the cheap ’80s commuter that he knew wouldn’t be going back on were tossed aside. 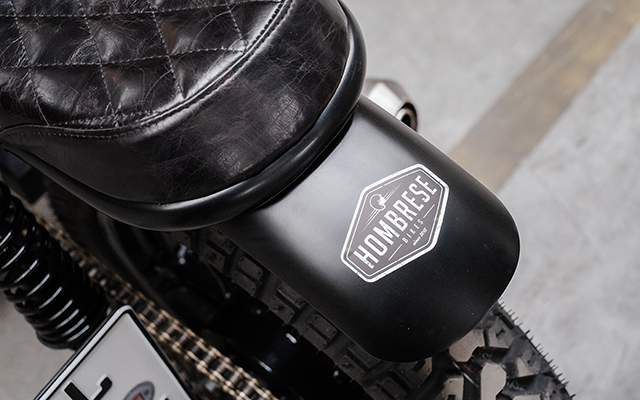 That included the ugly box-like fuel tank and Uwe started offering up to the frame spares that he had lying around. The perfect fit styling wise came in the form of an old Honda CB piece that was still complete with chrome filler and trim. “My girlfriend loves it, the tank had a nice patina and little rust on the inside”. So with some metal work done to the tunnel it was sitting sweet and with grinder still in hand the subframe was cut and a new hooped item welded in place. 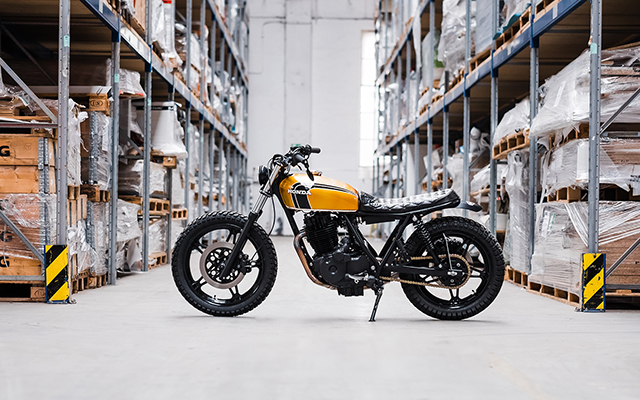 Underneath the old chunky plastic airbox and electronics storage has been replaced with a neat single unit that is given some texture with perforated steel. While a Hombrese Bikes custom rolled rear guard is bolted up with the radius to match the tyre profile. To give his girlfriend a comfortable place to sit and add some style Holland’s Marcel Miller was called upon to shape a two-up seat that perfectly fits the frame and new tank combo. 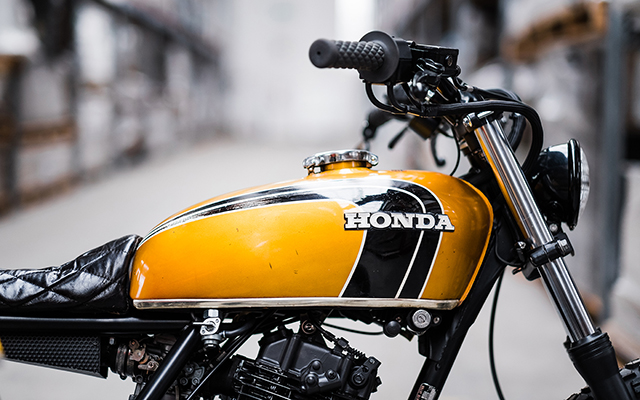 A new set of bars were selected that would provide maximum comfort and control, with new factory style pegs to match. The rear pegs which are notoriously too far forward when stock have been cut off and replaced in their new location thanks to a set of custom designed and laser-cut brackets. To ensure no early interactions with the police a Motogadget mst speedster speedo, 3 in 1 taillight and custom front indicator bracket take care of the practicalities. 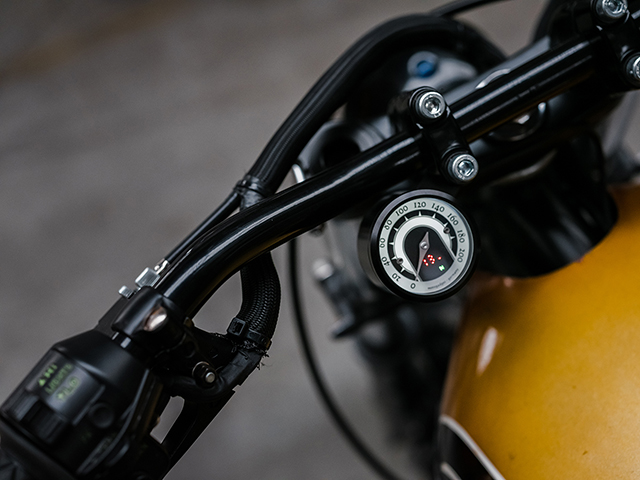 The single-cylinder engine has been treated to one of Uwe’s stunning stainless steel exhaust systems for an epic sound. With the handling improved thanks to revised front forks, new rear shocks and a set of scrambler style tyres from Mefo Sport. With the bike complete and his girlfriend patiently waiting with her new license in hand, the custom couple from Hombrese now have a new way to spend time together; and Uwe’s found the best way to convince a girlfriend that money spent on custom bikes definitely makes sense. 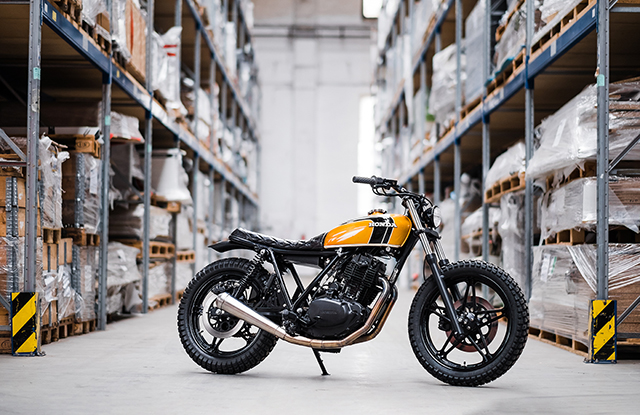