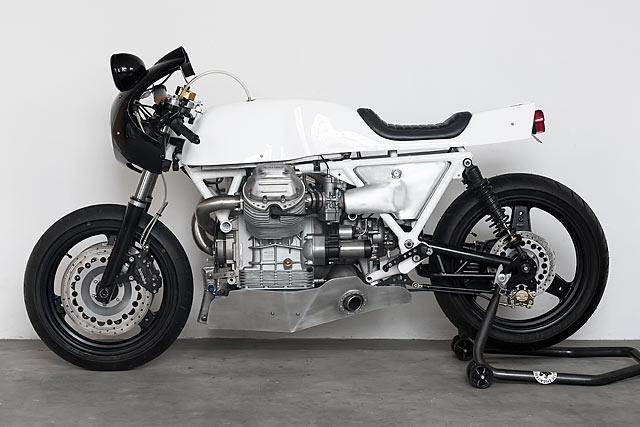 In the last ten years old Moto Guzzis have gone through a stratospheric increase in value. Big block 70’s and 80’s models now command prices that would have been laughable a decade ago. The secret’s out – and now people realize what a great base they are for a killer custom build. So next time you’re hunting for a Guzzi and cursing prices, turn to face Italy and swear loudly. It’s builds like this incredibly gorgeous 1983 Le Mans Mk3 by Ruote Fiere that’s pushing up the prices. 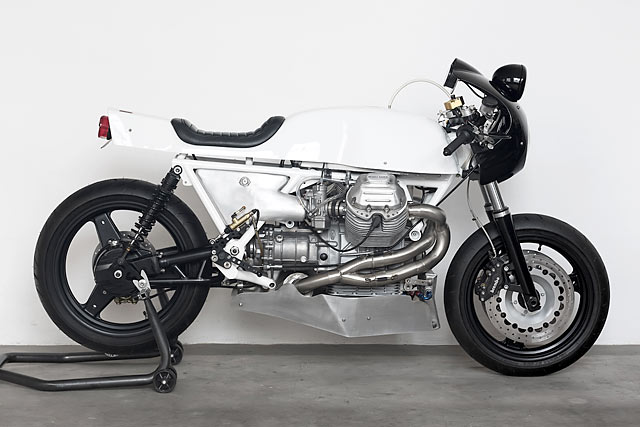 Ruote Fiere, headed by the enigmatic Davide Caforio, pride themselves on their unusual approach to building bikes. “When a customer entrusts me with a project,” he explains, “he does so because he understands that it’ll be different from others. What comes out in the end is unique, but also innovative”. Davide, a long time fan of antique motorcycles, draws inspiration from all sorts of quarters. This time around, he looked to old race cars as a starting point. 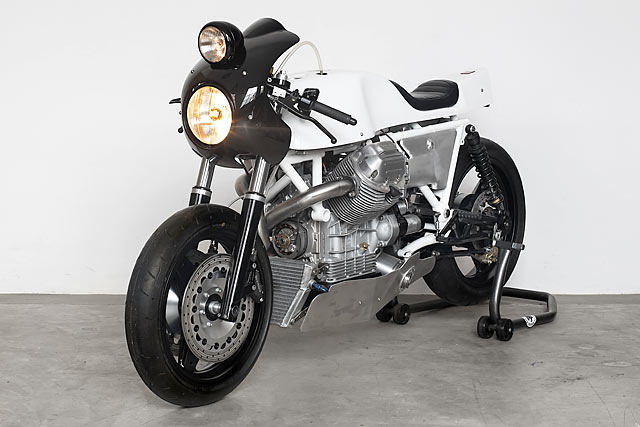 “I was inspired by the Porsche 907 and Ferrari Barchetta that raced in Le Mans and in the Targa Florio,” Davide says. “I love Barchetta body work. The base of this project is linked to these cars. I wanted the visual feeling to be inspired by them”. When it comes to inspiration Davide is a sucker for anything endurance-racer related. “I’m inspired by them for everything,” he says, “Style, details and technical solutions”. 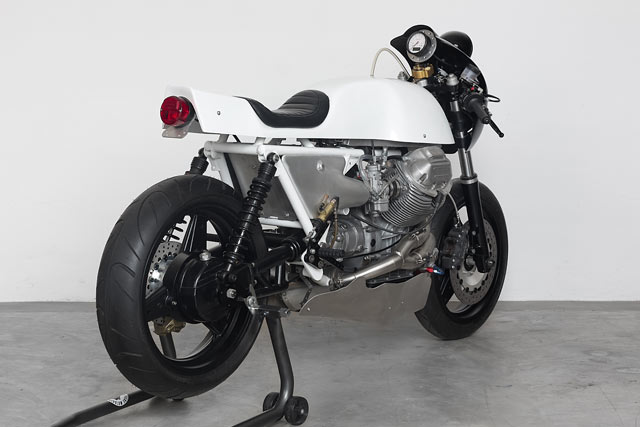 And what of the bike itself? “It was found in Northern Italy,” Davide explains, “It had been badly modified in the early 90’s and was ugly”. But there was some hope for it yet, with the engine showing signs of a solid rebuild job at some point in its life. As soon as possible, Davide stripped the engine down to find out what work had been done in the past. And initially, it looked quite promising.

[superquote]“But Davide, who has a hell of a lot of experience with Moto Guzzis, had bigger plans for the Le Mans.”[/superquote]

“It had gone through some major work already,” Davide says. “It had an increased displacement, had the intake and exhausts ported, altered primary and had larger 40mm carburetters”. But Davide, who has a hell of a lot of experience with Moto Guzzis, had bigger plans for the Le Mans. And especially the frame.

Whereas the Guzzi usually mounts the engine in a cradle arrangement, Ruote Fiere modified the frame to suspend the engine below the bike, using the transverse v-twin as a semi-stressed member. With the angle into the final drive changed, the swingarm travel is improved and the engine can be removed easily if there’s any problems. The engine itself was fitted with new ignition system, external oil filter and extended sump.

The frame was further altered and braced and a monocoque tank and seat arrangement was fitted. It was completed in conjunction with the Roman company Kompo-Tech, who specialise in all sorts of trick parts for classic-styled bikes. If you like the look of it, the generic part can now be purchased from their web store. 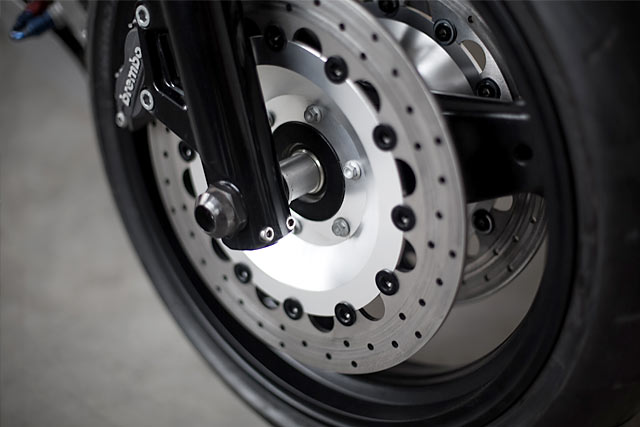 But at first, Davide wasn’t sure if the monocoque would suit the Bazooka. “I designed it,” he says, “but I wasn’t sure until the last moment just how well it would work out”. The fairing was based on an earlier Le Mans, the Mk1, but with the clear plastic replaced as a solid. Hidden underneath all the body work is an entirely new loom with a smattering of high-end controls and a host of Motogadget products. 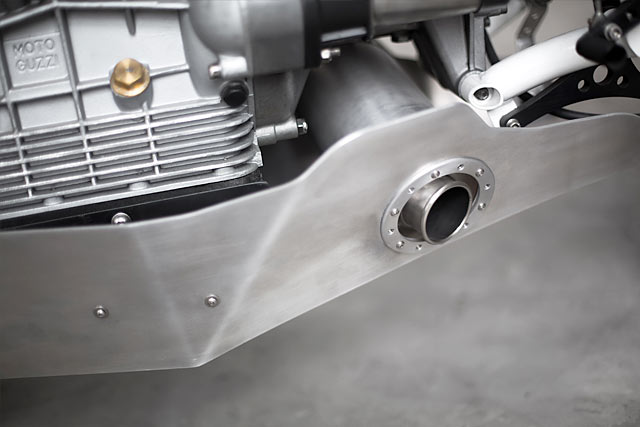 There’s a hell of a lot of other things going on with the Guzzi Bazooka, with many of the finest details being hidden behind the simple exterior and paint scheme. It’s a bike that manages to be both simple and incredibly detailed. And all that hard work means that Davide is keen to jump right into another Guzzi project. “Looking this bike over,” he says, “I can’t wait to do another Guzzi”. And neither can we. 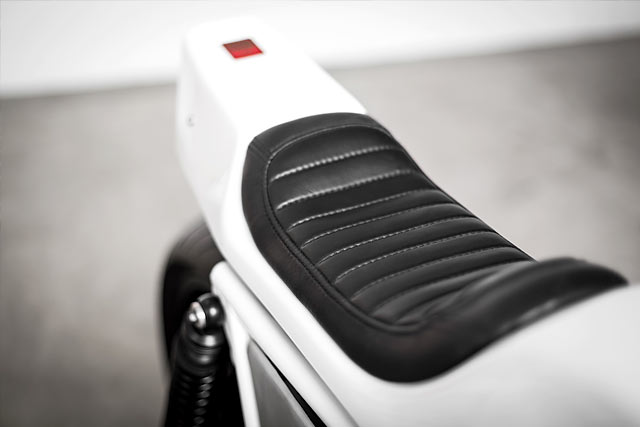