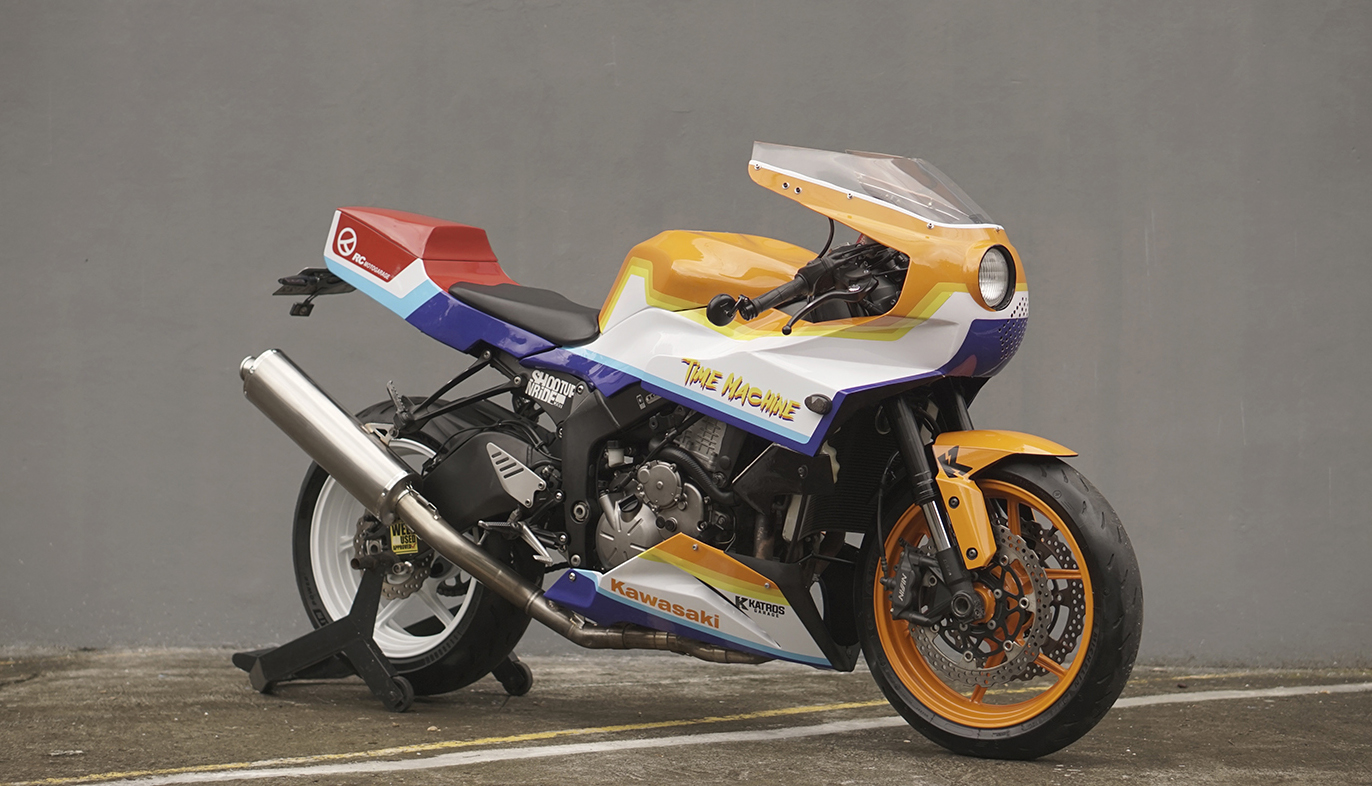 With their bevy of sensors and yards of wiring, pretty much any newer, tech-laden motorcycle is going to pose quite a challenge when put up on the bench for customization, though modern race-replica sportbikes are almost certainly the least custom-friendly genre out there. In addition to the slew of awkward ancillary bits, supersport and superbike models also possess immensely calculated chassis designs and geometry, and the wrong modification can instantly undo months (and millions of dollars) worth of intensive R&D from manufacturers and WSBK/WSSP teams.

Nevertheless, late-model sportbikes objectively offer the highest level of two-wheeled performance, representing the pinnacle of acceleration, speed, and agility and rivaling, if not outright besting the on-track capabilities of the latest six and seven-figure hypercars. So, needless to say, after an extensive amount of time piloting a modern i4 race replica, riding a vintage Virago or CB750 — no matter how beautifully customized or heavily upgraded — can feel pretty underwhelming. And that’s the position one customer recently found themselves in when wanting a one-off build from Indonesian customs outfit, Katros Garage.

A staple in Jakarta’s increasingly eminent custom motorcycle scene, Katros has spent the last 12 years cutting its teeth on literally dozens of, primarily eighth-liter and 250cc chopper, scrambler, and tracker projects. Though with such an extensive and diversely-styled build portfolio, the shop is more than accustom to occasionally taking on more taxing projects from out of left field, such as its latest work, a retro endurance racer-themed 2014 Kawasaki Ninja ZX-6R.

“We’re Katros Garage, a custom motorcycle workshop that we started in 2009. We build all kinds of custom bikes, in pretty much any style our customers request, though we still try to implement some of our signature touches and details into all of our designs. One of our local brands called RC Motogarage called us and requested a retro sport custom be built for a client and that’s how this project came to be,” the shop tells us.

Right from the jump, the Katros crew knew the 636cc’d Ninja was going to be a tall order. Further complicating the commission was the fact that the client didn’t want the chassis or subframe to be permanently or irreversibly altered, and dictated that they wanted the bike to retain the ability to be reverted back to its stock bodywork setup at any given time and with relatively minimal effort.

“We tend not to focus so much on extreme work but rather on original and fun ideas, as well as trying to maintain the overall identity of the motorbike in some regards. For this particular build that we’ve entitled, ‘Time Machine,’ we’ve tried to build a retro sport model heavily inspired by ’80s-style endurance and GP racers. So, the sportbike soul is still there, just with a much more retro aesthetic,” relays the Katros team.

The crew began by closely studying the ZX-6R’s existing bodywork and its underlying frame, determining how to best build the bike back up atop the stock framework and seeing which, if any, of the stock body elements could be kept in the mix. This resulted in Katros opting to keep the stock tank, the panels that run directly beneath it on either side, and the front fender. The entirety of the sharp-nosed fairing, belly-pan, and the suspended tail section were all stripped to make room for new one-off items.

The centerpiece of the project is undoubtedly its new half-fairing, a 1980s-inspired hand-made acrylic-construction piece with an offset 3.5” circular headlight, CBR900RR-style speed holes, and a lower section that combines modern winglet designs with radiator covers. The inside of the fairing has been designed to not only perfectly match the original contours once occupied by the stock fairing, but also utilizes stock mounting points (or adapter brackets), thereby making the half-fairing a bolt-on item.

At the other end of the bike Katros has designed, fabricated, and installed a boxy retro tail section that, like the new fairing, follows the build’s ‘80s endurance racer theme, and mates perfectly with the lines of the stock bodywork that’s been left on the Ninja. “The customer had also asked for a monoposto-style seat where a cowl could be removed and replaced with a passenger seat, so we added that, as well,” says the Katros team.

Cleaning up the bottom of the build’s silhouette is a custom belly-pan that’s supported via bespoke brackets. Katros also created a few one-off steel panels to adorn the outside of several plastic reservoirs that were previously shrouded by the full fairing. Smoked, flush-mount LED indicators tacked onto the outside of the radiator covers keep things street legal without adding bulk or compromising the build’s track-focused profile, as do the bar-end mirrors, the fender eliminator kit and the small suite of LED indicators and brake light that it supports.

Underneath the new bodywork, Katros has managed to keep all the electronic sensors and modules for the Kawasaki’s multiple engine maps, adjustable traction control, and other rider aids, enabling the bike to retain its stock riding characteristics despite the drastic visual transformation. The new tail also allows the ZX-6R’s original sub-seat battery box to go unchanged as well.

With a 41mm Showa Big Piston Separate Function Fork and a bottom-link, Uni-Trak, gas-charged mono-shock with adjustable spring preload, dual-range step-less compression damping, and 25-way adjustable rebound damping both coming as standard fare on the 2014 Zed-Ex-Six, the stock suspension was deemed plenty competent and left as is. The same went for the Ninja’s dual radially-mounted Nissin four-pot monobloc calipers and the 310mm petal rotors they bite down on.

The original exhaust system, its large and unsightly muffler and the breadbox it jets out from clearly clashed with the retro visual theme of the project, so it was decided the team would whip up in new four-into-one system culminating in a stainless steel pipe. Aside from that, the 130hp Japanese four-ganger was left unmolested.

Decorating the new handmade steel and acrylic bodywork is a white, orange, purple, and red livery with blue, yellow, and pastel orange accents, and custom Kawasaki, Katros Garage, RC Motogarage, and “Time Machine” decals. The forged front wheel and the fender that tightly hugs it were also hit with the same gloss orange while the back wheel was painted in a matching gloss white. “The colors this bike wears were actually inspired by the Tide Detergent stock car racing liveries,” Katros informs us.

Combining retro looks with cutting-edge performance, Katros’ Time Machine is a stunning achievement, made all the more impressive by the limited build schedule and the relatively limited access to full-size sportbike parts in Jakarta. “The project was completed in about two months start to finish, including the design process,” says the shop.