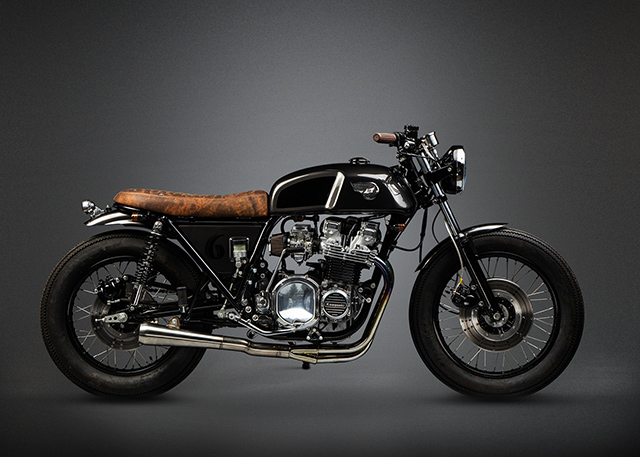 When the KZ1000 first rolled off the factory floor in 1976, it was the fastest production bike with a 1015cc inline four motor that produced a very respectable 83 horses. In recent years, these KZ’s have been in high demand and have been fetching some high prices. So when Steve Meyer from Maui, Hawaii inherited his late uncle’s 1979 KZ1000 he wanted to bring it back to its former glory but with a custom twist. He had seen the work of Sean Skinner from Motorelic and decided to give him a call out of the blue. “My first thought was ‘How in the heck did you find me?’ – and then I wondered how he was going to get the bike to Virginia,” recalls Sean. “Well, it turned out Steve was originally from Baltimore MD and the bike was there.” Once the bike finally arrived at the Motorelic HQ, they began the design process together and nailed down the final look. “We settled on a classy brat style theme that would be comfortable enough to do a cross country trip to San Diego on so he could ship the bike back home to Hawaii!” 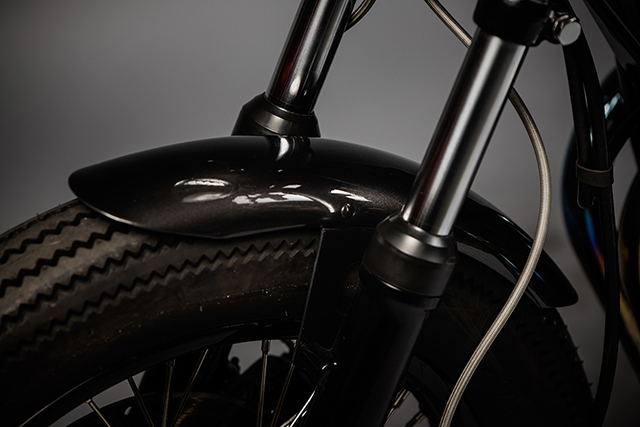 If you know Sean’s work you’ll know he doesn’t like using the stock tank, so that was his first order of business. “Steve was pretty set on using a stock tank but I happened to have a Royal Enfield Continental GT tank from a previous build sitting on the shelf. I removed the stock tank and, though the GT tank didn’t just slip on, it was close enough to get an idea of how great it would look. Steve was hooked!” To make the tank fit Sean had to remove the tunnel and fabricate a new one. “I was able to use the KZ stock rubber mounts at the front and the GT mount at the back. The shape of the tank fit perfectly between the frame rails.” 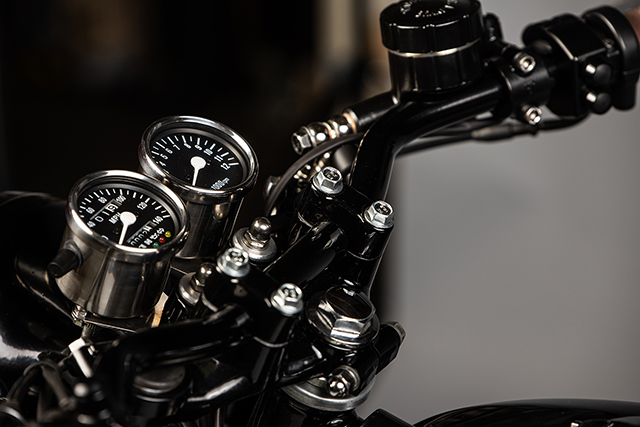 Next on the list were the wheels. The 1979 KZ is an LTD and had cast wheels and a tiny 16 inch rear wheel. Sean scoured the internet and eventually found a complete rear hub from a ’78 KZ. With a new rim, spokes and spacers. the wheel fit. The frame was modified a bit and a hoop was added to the back. 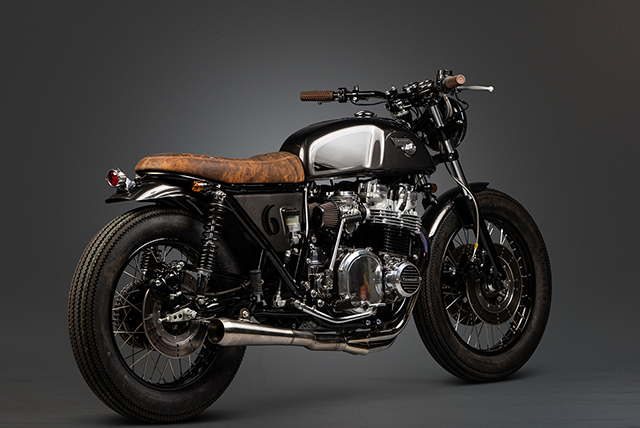 Now with the ride height set, the tank mounted and the frame ready, Sean started building the seat pan and shaping the seat padding. Once the seat was shaped and ready Steve was able to take it for a test ride to make sure it was a good fit. The seat was then shipped off to Counter Balance Cycles in Rhode Island to have stitch master Weston Boege do his thing. It was covered in Horween Horsehide – a very interesting texture, almost like waxed canvas or oilskin. 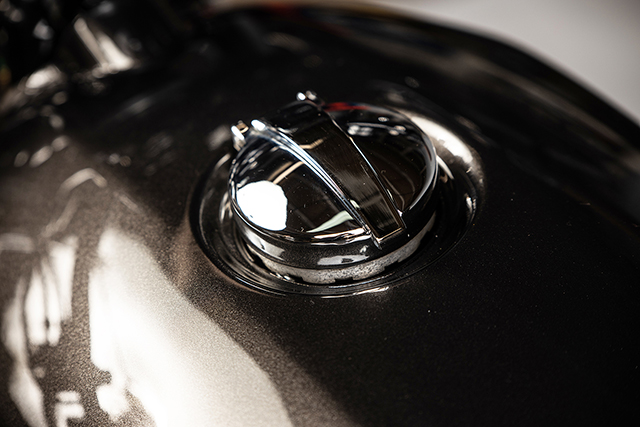 The stock side covers of the KZ are plastic and follow the lines of the stock tank and tail section. Since none of that was being used Sean had to hand make a set of aluminum side covers that popped into the stock locations. Steve requested to have a cut-out on the right panel to expose the brake master cylinder. It’s the little details that make a custom bike your own. 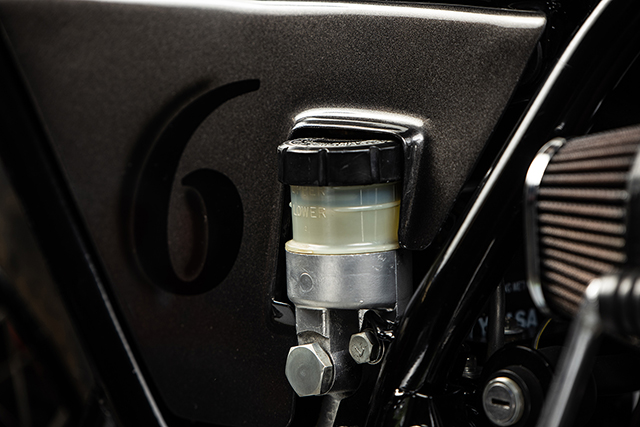 The suspension was upgraded with a pair of Ikon Dial-A-Ride shocks and resprung stock front forks. Since the bike has more of a vintage/resto-mod feel to it, Steve decided to go all in and have Sean install a set of vintage Firestones. “Definitely not the tire of choice for a 1000cc powerhouse, but not every bike has to be ridden like a race bike,” says Sean. The exhaust is using the header that was on the bike when his uncle had it. Sean kept the header and remade a mid-pipe and then installed a Big Mouth muffler from Cone Engineering. Once all the fabrication was done and they were happy with the look and stance, the bike was fully disassembled to have the frame and all the related parts powder coated. That job fell on the shoulders of Right Away Powder Coat in Middletown MD. With the bike apart, it was time for the once-over on the stand. New rings were installed, the cylinders were honed, the bare aluminum got a bright polish and the other bits were splashed with a fresh coat of paint. Once the new gaskets and seals were all installed along with stainless steel bolts, the bike’s engine was running better than it had in over 40 years. 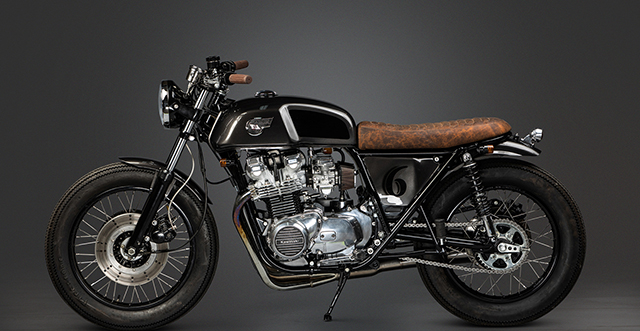 The gorgeous paint was laid down by Danny Knight of Knight’s Kustoms in Winchester VA. The paint they ended up choosing was a 2019 Fiat 500 color called Granito Grey. The classic tank emblems were metal and came off a 60’s Kawasaki 250. The number “6” on the plates was in memory of Steve’s late uncle and has a special meaning. 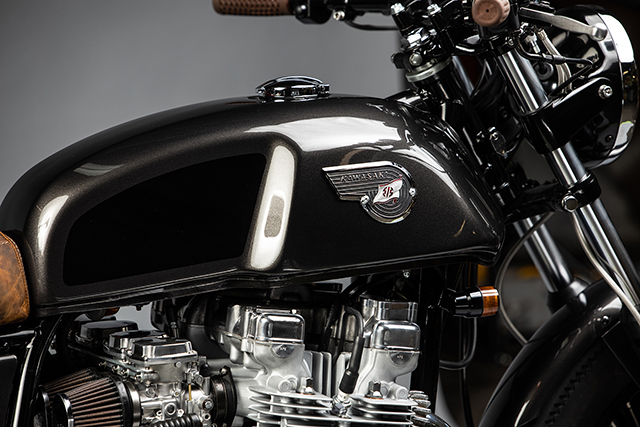 With all of the parts back from powder coating there was only one job left to do: put it all back together. “It’s my favorite part,” Sean tells us. “All the pieces just click together like a box of legos. Each piece precisely fitted before the teardown so you know it will fit later. The first ride is a bag of mixed emotions. What’s going to happen, did I tighten that bolt, is the engine going to leak, how dirty is it going to get? Most of those thoughts vanish right when you turn out onto the road because the months leading up to this moment were, at times, more stressful. So this moment in time where the engine is revving clean and the bike is just floating down the road makes you forget about all of the worry you had and lets you breathe in deep and twist that throttle a little more.” 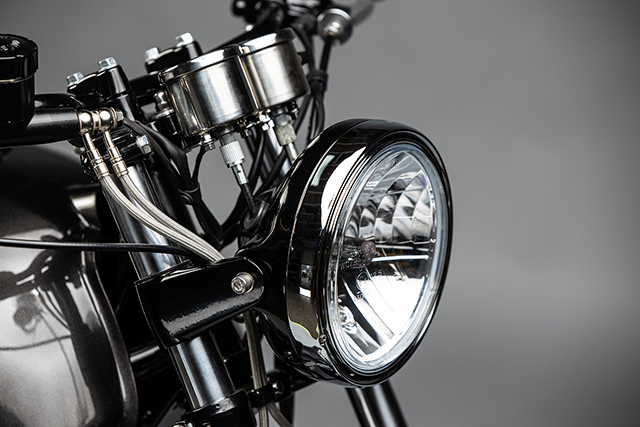 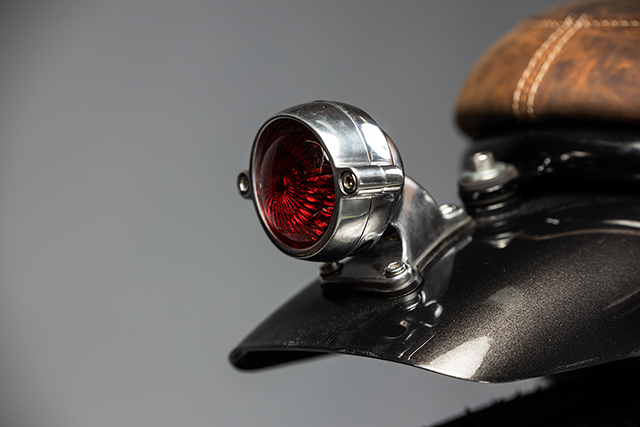 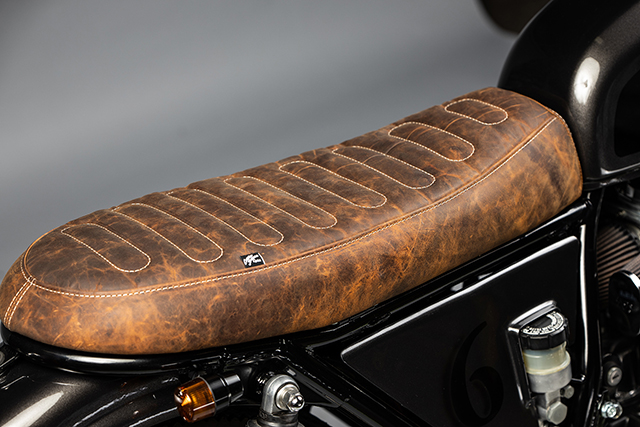 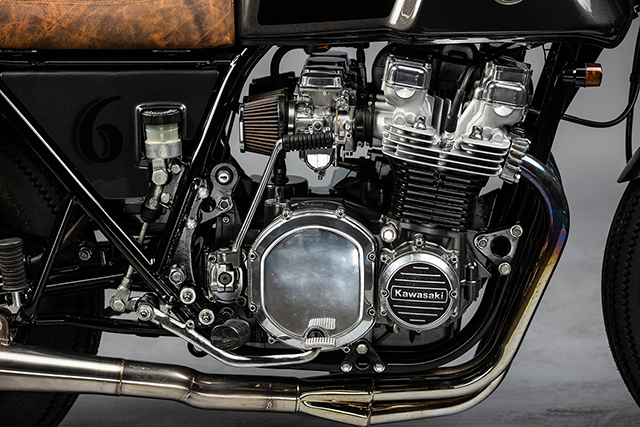 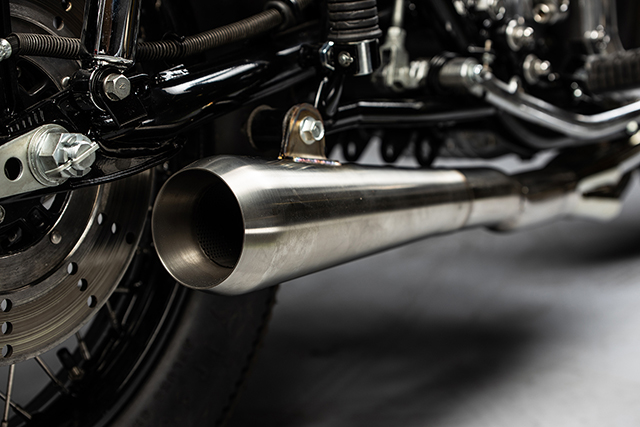 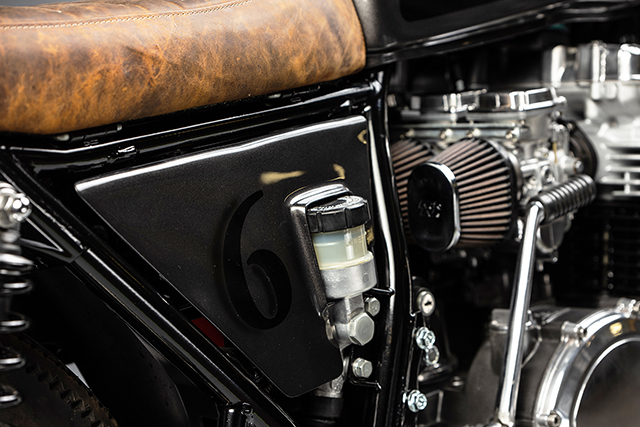 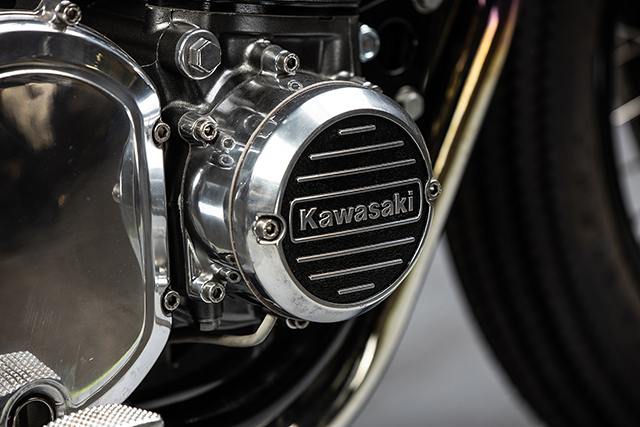 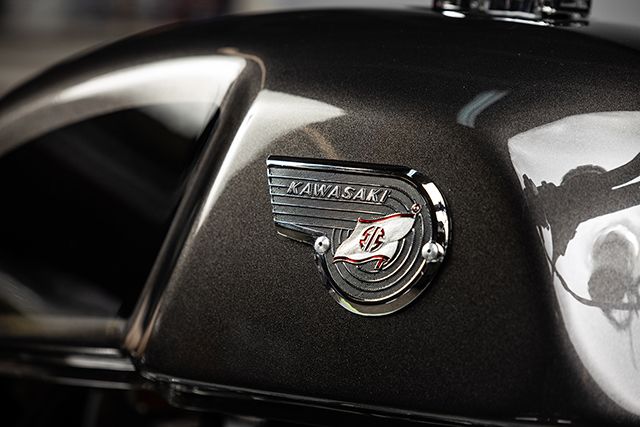 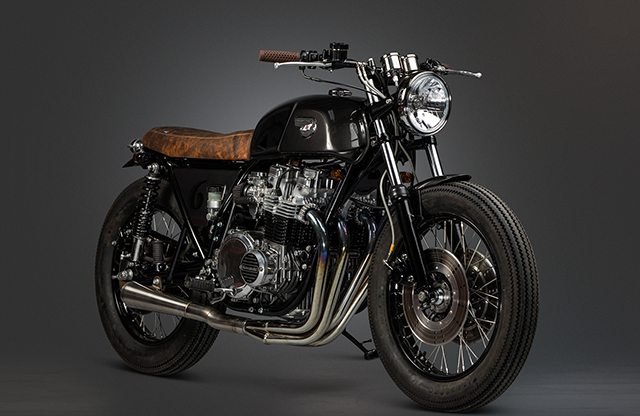