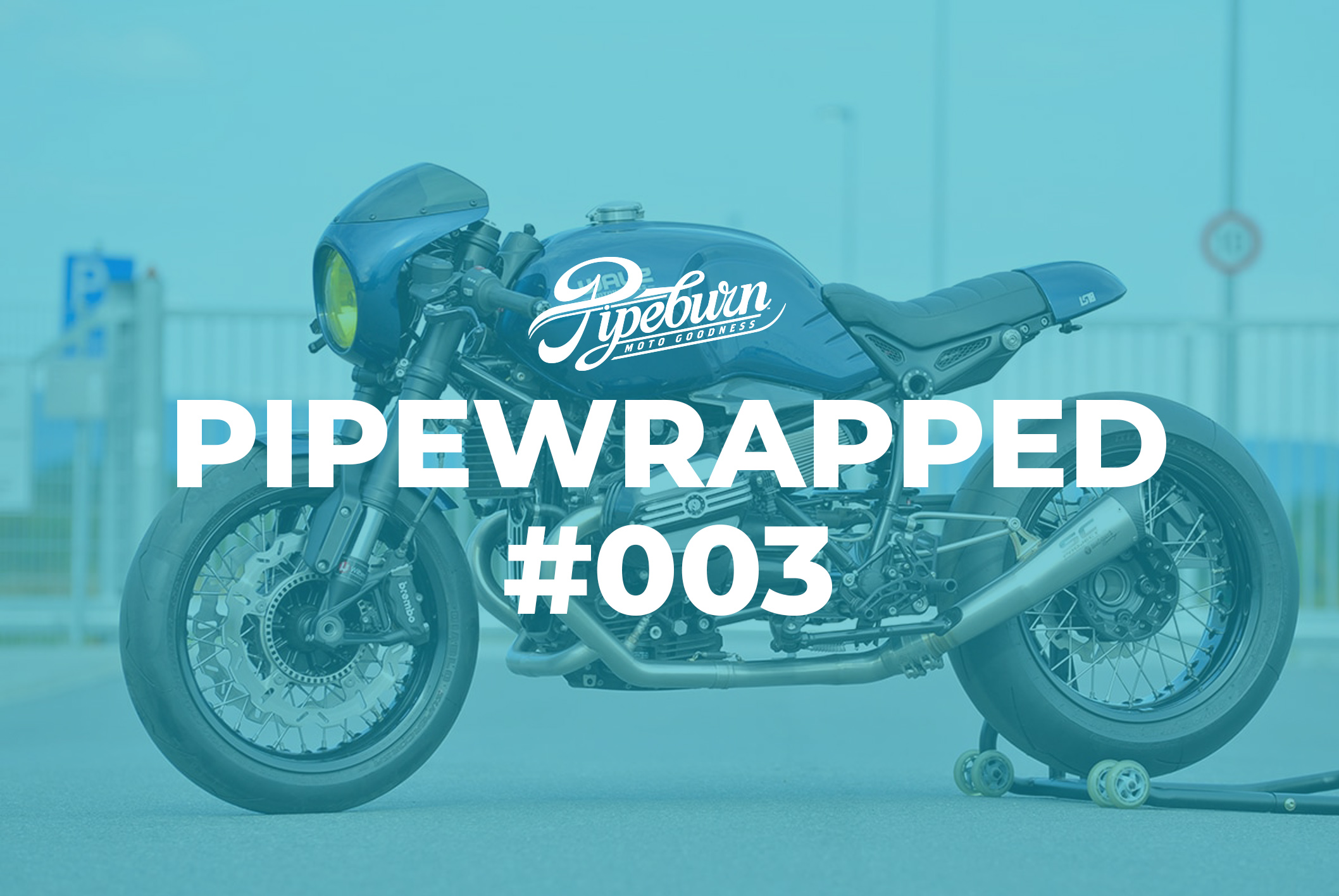 Welcome to another edition of Pipewrapped, this week we check out a custom bike belonging to an F1 star, take a look at the all new Kawasaki Z650RS, get our finger ready on the remote control for a years’ worth of flat track racing and take a deep dive into the build of a Bike Shed staff member.

Slaying the Socials
He took out the number 6 spot in our Bike of the Year Awards for 2021, and now Nihira-san of Japan’s Wedge Motorcycle has come out swinging early in 2022. Getting everyone hot under the collar on Instagram this week, he dropped pics of his latest custom, a sleek and stylish Yamaha SR400. In typical Japanese fashion, there is not an inch of the bike that isn’t picture perfect and it just goes to show the humble SR is still a hell of a machine in the right hands.

From Japan we head off around the world to Germany where big time bike builder and a friend to the stars is back making another celebrity very happy. This week Marcus Walz revealed another new BMW build, this time for Formula One ace Lance Stroll. He joins the likes of Kimi Raikkonen and Sebastian Vettel who have also had Walz work his magic, and it appears when you’re not steering the fastest single seaters in the world, the best way to unwind is on a custom bike; we completely agree.

‘To be or not to be’
When Kawasaki released the Z900RS a few years ago, the company seemed to assume that simply offering a model with a semblance of styling from the legendary Z1 was all it had to do to make a successful entrance into the world of brand-new retro machines. Sales have been good but not huge and a cult following there is not, now is that all about to change with the new for 2022 Z650RS?

Power is obviously down, but you still get a punchy twin-cylinder with plenty of tech and a slipper clutch. But what’s down in two key areas is weight by 30kg and the starting price by as much as 40% over the Café variant of its big brother. Rumour has it, a number of Japanese tuners are already on board and Team Green could finally have themselves a retro machine to compete with Triumph, Royal Enfield and BMW.

Race Wrap
American Flat Track Racing has been going from strength to strength in recent years and fans are reaping the rewards. Now comes the news that not only will Fox Sports televise all 18 races for the 2022 season but do so on their FS1 channel. This will place Flat Track alongside the likes of NASCAR, the NHRA and even Major League Baseball, bringing more eyes and quality coverage to the thrilling sideways sport.

The series is looking healthy financially too, with an injection of cash from a number of new naming right sponsors, and Harley-Davidson increasing their financial involvement too. All of this should add up to better coverage, better racing and less monetary pressure on the teams. With FS1 affiliates around the globe, you should be able to see handlebar to handlebar action on your TV screen kicking off on March 20th.

Must Watch Moto
For this week’s video to sink your teeth into, we catch up with our friends over in the UK at the Bike Shed, where staff member Harry reveals his latest build. Having previously had his Honda CB550 pinched by thieves, he found a pair of CX500s and from them has crafted, ‘Gemini’, a gorgeous custom. Incredibly comprehensive, with lots of great bike building chat and technical detail, grab a drink, sit back, and enjoy.