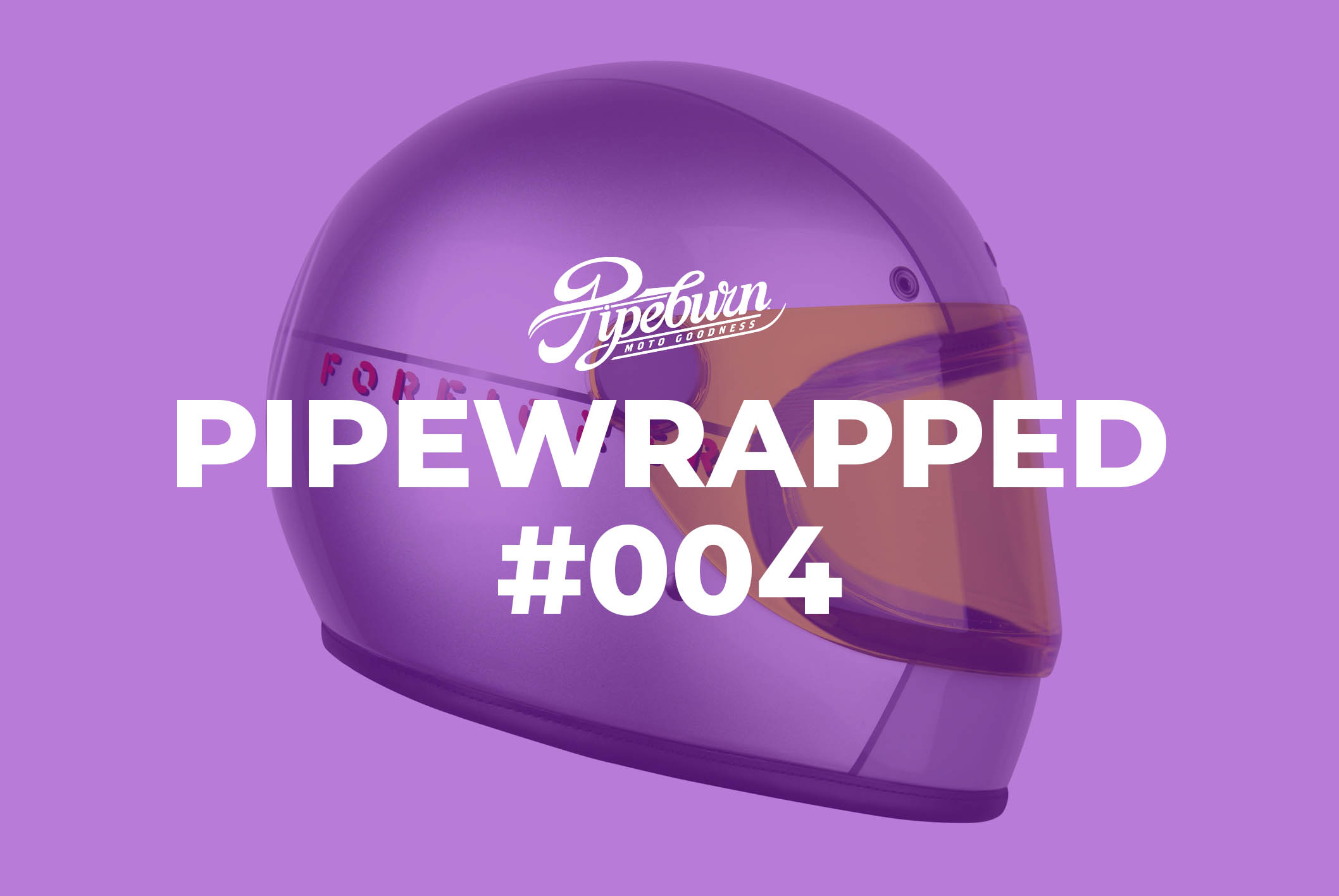 Welcome to another edition of Pipewrapped, this week we checkout the latest trend in Japanese bike culture, see if Benelli can finally deliver a winner with their new 800 Trail and visit the garden shed of a man who can literally build any bike you can dream of!

Slaying the Socials
He’s the man with an endless enthusiasm for building bikes and riding them with the same crazy love of life. Tomek from Warsaw, Poland, owns a small garage called JasinTom and for his latest trick he’s turned the humble Honda CB400 into a blazing British scrambler. Heavily influenced by the competition bikes of the ’60s, the CB looks more like a BSA, with the scrambles seat, alloy fender and speed holes to boot. The weird Honda subframe has been used very well as hosts for race plates, but its on the back wheel that Tomek likes to live.

There is simply no escaping the craze that is dominating Japan’s custom scene at the moment and Instagram is filled with incredible resto-mod builds. The formula is to take ’80/90s naked sport bikes – a bland thing on a good day – and give them the stunning looks of their ’70s siblings and all the goodness of 21st century tech. A prime example is this 1100 Zephyr by 24 Zep, from Japan’s Kochi prefecture. It’s not just the good looks, trick suspension and titanium exhausts, but all new parts like extra chassis bracing are being developed for the formula.

‘To be or not to be’
It’s been more than 15 years since an enormous Chinese firm took over Benelli motorcycles and that whole time, they’ve tried and failed to make a dint in the neo-retro and custom scenes. Now the firm has invested big and hopes are heavily pinned on the Leoncino 800 and for us the stand out model is the Trail. Firstly it looks the part, with modern styling, spoked wheels and that lovely high-mounted exhaust.

The package appears to be complete too, with a slick TFT dash, torquey twin-cylinder engine, beefy suspension and Brembo brakes. It’s almost as if the design team have taken a good look at the BMW R nineT playbook. But the success for this model is simple, after trying and failing, Benelli simply must put the bikes in the hands of custom builders (think Yamaha Yard Built) and give the public a chance to fall in love. Hey, we’ll build one!

Race Wrap
Less than 6 months ago Maverick Viñales was so unhappy with his team and bike at Monster Energy Yamaha, that he bounced it off the limiter in an attempt to grenade the engine. He quit the team, Yamaha sacked him (a proper divorce) and the whole thing was a mighty mess. Clearly the bike was good, very good, Quartararo won the championship but for Maverick, he couldn’t click. Now with Aprilia, the smallest team in the paddock, he’s just dominated all of the most recent testing days.

So as those of us who wobble around on the odd track day or even enjoy a spirited ride, what can we learn from this recent bust to boom? First and foremost, forgot the fancy parts for a moment, see someone like RB Racing who can help you setup your bike. Tyre pressures and suspension settings are everything. Invest in some rider training, places like motoDNA can teach you the best practices for road and race and help you unlearn those bad habits. And finally, don’t ride angry, park it up for the day and come back with a fresh attitude, it’s working for Top Gun!

Hot Products
To celebrate the 40th anniversary of the album ‘4’ by the iconic British-American rock band Foreigner, they’ve team up with Hedon Helmets for one very spectacular collaboration. Combining the company’s signature style, class and quality head protection with that legendary cover design has led to one of the coolest helmets released in recent years. It would look amazing paired up with just about any bike, but match your paintwork to this lid, and you’ll be more than just a Juke Box Hero.
[ More ]

Must Watch Moto
He is the man, the myth, the legend, Allen Millyard and yet I continue to be amazed by the number of people in the motorcycle world who haven’t heard of the remarkable engineer. He’s built a V10 Viper powered motorbike that does 200mph with ease and even a 5000cc V-twin using a radial Pratt and Whitney airplane engine. All of which is done in his tiny back shed, the cases of the engine’s often cut with just a hacksaw blade. So, to learn more about the amazing Milly, checkout how he built the engine for his Kawasaki Z 2300 V12.