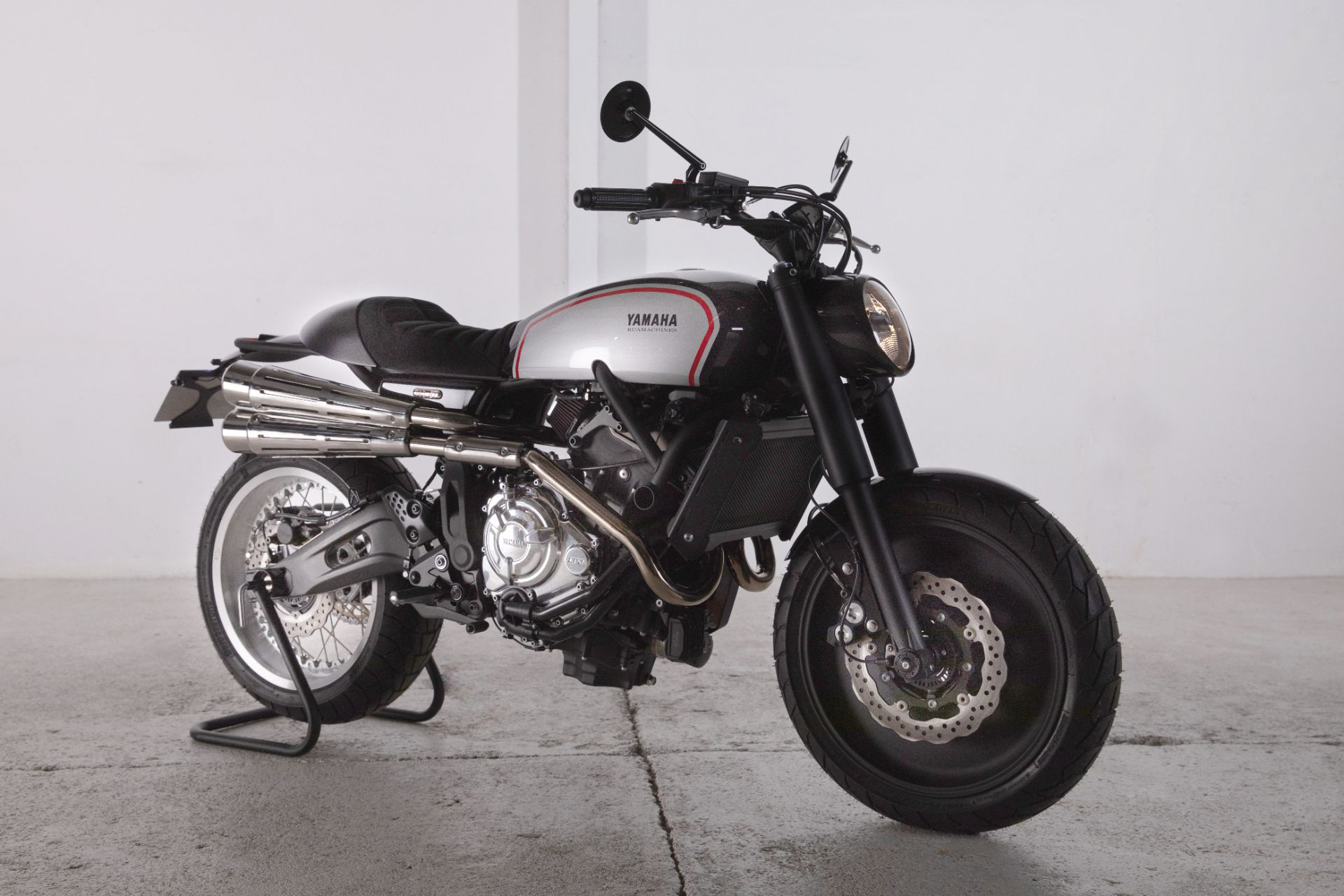 Over the last decade, major motorcycle manufacturers have increasingly looked to the custom motorcycle scene, not only to establish and inform the latest stylistic trends and crazes within the moto space, but also as a means of marketing their respective two-wheeled wares, calling on big-name one-off builders to demonstrate various model’s conduciveness to customization. And, while this symbolic relationship has become a common practice today, Yamaha is widely credited for spearheading this unique means of promotion with the launch of its Yard Built Program back in late 2012.

Kicking off the initiative with an XJR1300 project from the Wrenchmonkees, the Yard Built Program has since grown to include dozens of noteworthy builds from some of the world’s most eminent customs outfits. For 2020, the Tuning Fork company rolled out its “Back To The Drawing Board” contest, inviting moto enthusiasts to submit one-off bike designs paying homage to Yamaha’s models of yesteryear, with the finalists’ designs then being passed onto one of several reputable shops to bring the 2D drawings to life.

Alongside finalist projects from the likes of Bad Winners, Garage221, and Cafe Racer SSpirit, another design was brought to fruition by Portuguese builders, RUAMACHINES, which was tasked with transforming the Hamamatsu firm’s XSR700 into a modern interpretation of the brand’s street scramblers of the 1960s. Based on the coast in Esmoriz (a roughly 20-minute ride south of Porto), RUAMACHINES is a custom motorcycle and lifestyle outlet founded and headed up by fashion designer, Armando Fontes, and Commercial Director Victor Rocha.

The Portuguese duo began the project by stripping the XSR donor down to a rolling chassis in order to create a blank canvas they could build back up as they saw fit. The bulbous, semi-angular, and highly-distinctive stock set of tank covers on the XSR have been pulled and replaced with a custom steel item that’s markedly smoother and more oblong, taking inspiration from Yamaha’s two-stroke street bikes from over half-a-century-ago. Despite drastically altering the overall silhouette of the motorcycle, the new tank still sports notches along its base in order to accommodate the XSR’s framework.

The new tank is also complemented via a matching tail cowl, sloping downwards at a similar angle and resting atop a modified subframe that extends out over the majority of the rear wheel. Paying homage to vintage scramblers, the new subframe is capped off with a custom retro off-road-style rear fender with an integrated horizontal LED taillight, and a license-plate hanger with a micro-LED plate light and micro-LED indicators poking out on either side.

Sandwiched between the new tank and tail unit is a bespoke black leather saddle with ribbed stitching and a split-centered pattern. Directly beneath, RUAMACHINES has installed a pair of custom side covers that sit further back than the triple-punched stock items. The side covers are also wearing a set of custom “700GT” badges—the project’s official monicker.

The 689cc twin at the heart of the build has gone largely unchanged, aside from the addition of a set of high-performance K&N pod filters and an upgraded, larger stainless steel radiator. The stock exhaust system has also been jettisoned in its entirety, and in its place now sits a custom stainless steel unit, with headers looping back 180-degrees, before meeting beneath the seat where the system culminates in a pair of high-mounted,  stacked reverse cone mufflers—a clear nod to ’60s street scramblers—that have been bestowed with one-off, retro-inspired, hand-polished heat shields and lasered “RUA” logos.

Another area that’s undergone an extensive transformation is the XSR’s front-end. The stocker’s conventional forks have been lowered before being treated to a set of custom covers modeled after the units on Yamaha’s YR-2. On top of gaining a solid wheel disc cover, the front of the bike also features what appears to be a headlight plucked from one of the prior generations of MV Agusta’s naked models. There’s also a long, old-school-looking front fender tightly hugging the front tire—all of which now wears a combination of matte and gloss black paint.

The rider’s quarters have also been completely redesigned, now consisting of a set of LSL bars, outfitted with mirrors and grips from Motogadget. The premium German aftermarket outfit also supplied the 700GT’s instrumentation in the form of a Motogadget Motoscope Pro. The new cockpit’s already tidy nature is made all the more uncluttered by the ignition being relocated to the front of the tank on the right side of the bike from its stock location just behind the headlight. Custom switchgear buttons on the left handlebar and a custom-machined pop-up tank cap complete the new cockpit setup.

In a bid to further the build’s neo-retro vibe, the Esmoriz outfit has also replaced the XSR’s stock cast rear wheel with a top-shelf tubeless Kineo-style spoked hoop with an all bare metal rim, spokes, and nipples. With pretty much every other component and one-off piece blacked-out—from the fork covers to the brake calipers to the framework to the handlebars—the style-conscious head honchos of RUAMACHINES turned their attention to the final step of the build; painting the tank. After extensively poring over old photos of liveries on Yamaha’s 1960s production models, Fontes and Rocha finally settled on a white and black scheme with blood-red pin striping.

The end result undeniably nails RUAMACHINES’ key objective of delivering a neo-retro street scrambler. Altering the profile of the donor’s somewhat decisive tank enormously helps to largely change the overall appearance of the bike. And, after all, if Yamaha’s aim was to show off its bike’s wide range of customization possibilities, it’s hard to say RUAMACHINES fell short in any capacity.