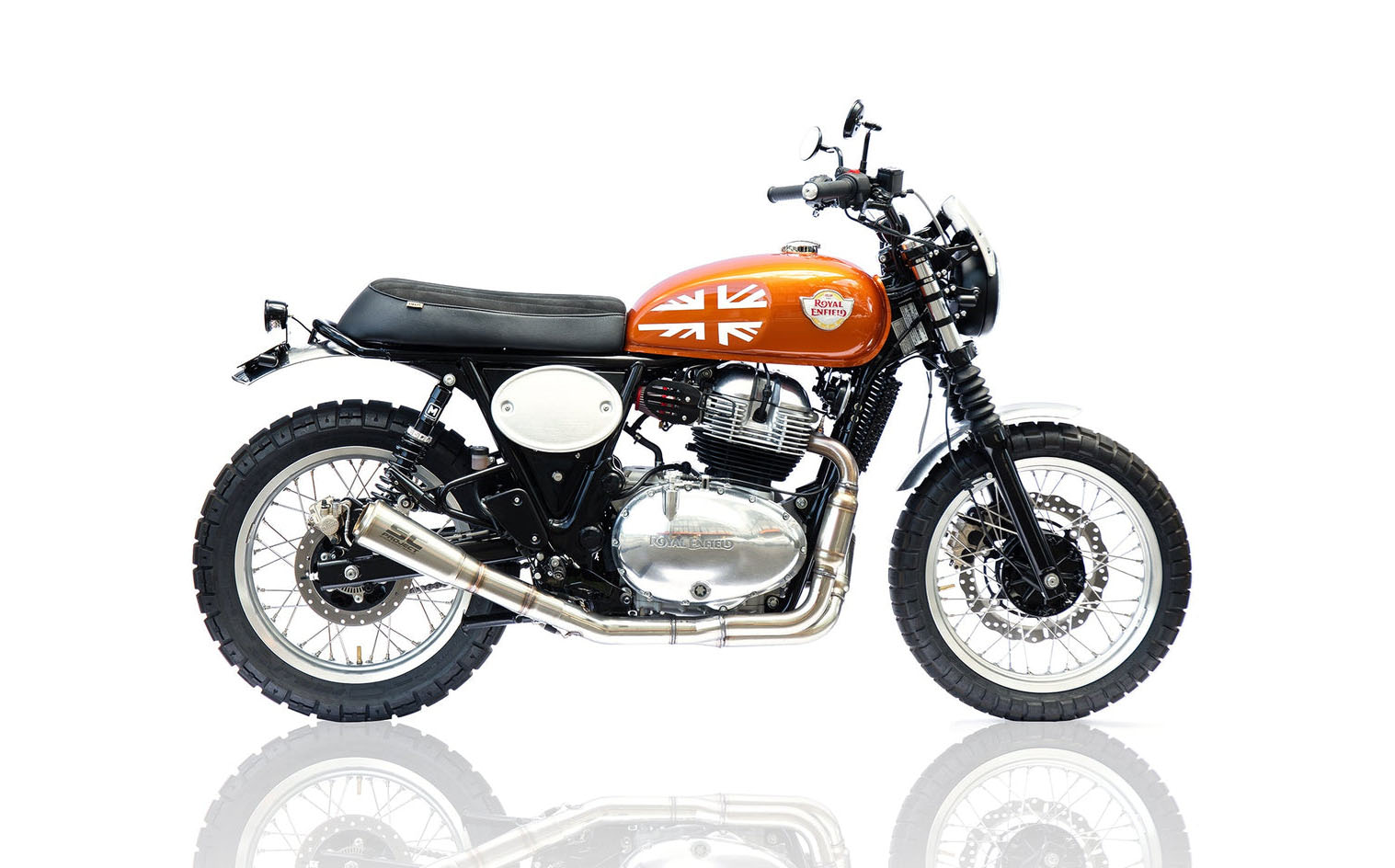 Look at the modern crop of Baja and Dakar motorcycles and the influence of motocross bikes on the premier desert racing events is simply undeniable. But in the ’60s and early ’70s, what we know as the modern dirt bike was so new that they were yet to be trusted for such an arduous task. So, the ‘desert sleds’ of the era were mostly street bike based machines, converted to go off-road and at a hell of a speed. The fondness for such Frankensteins has never faded and to show off their collection of parts to build yourself such a weapon, Deus Ex Machina had a perfect idea. Take the ever-popular Royal Enfield Twin and at their House of Simple Pleasures, transform it into a desirable tribute called ‘Rango’ to those renegades of old.

The man tasked with the job for the global company is head of motorcycle design at the original Deus location in Sydney, Frenchman Jeremy Tagand. With the spirit of the ’60s and Steve McQueen flowing through his veins, and images of those epic Beezers and Trumpets swirling in his head, Jeremy picked out a new Interceptor 650 and started to envision the design. He had the added challenge of course, of ensuring what he created could be replicated by Deus customers with parts new and old from their catalogue.

The first task was to get the stance right and one area where road and dirt just don’t cross over on such a bike is in the suspension. For the task, the rear end was raised up and a set of Maxton T260 rear shocks was ordered to suit. Not only are they fully adjustable, but the gas pressure units allow for a softer spring to be fitted, perfect for retaining ‘feel’ in any kind of conditions. To bring the front forks up to spec, the internals were gutted and rebuilt with YSS valves, springs, and preload caps.

The all-important rolling stock gets a change up too, lighter, stronger, and wider for dealing with anything that can be thrown its way. The 18in diameter wheels are retained, with quality stainless spokes, and then for where the rubber meets the road, a set of Pirelli’s exceptional Scorpion Rally tyres that can handle all of the abuse you can throw at them. To further reduce unsprung mass, a wave pattern rotor is bolted up and clamped by the factory Bybre caliper.

These aren’t big dollar modifications, but they make a world of difference and so too does the shortened and hooped rear that supports “the new stainless fender kit from Baak”. This is one of the many products used on the build that can be bought straight from the Deus webstore. Upfront a fork brace was employed, an excellent addition, and to it is mounted another stainless fender from the guys at PBM. A low-profile headlight bucket with LED insert accompanied by PBM dome indicators takes care of the lighting.

The rest of the aesthetic package is all business, “the stock seat base was shortened, reshaped, and covered by Bad Arse Trim Co with an Alcantara top and vinyl border. Brushed side covers are a slick bolt-on addition. While a set of gaitors serves both form and function, and the simple Rizoma cowl transforms the look of the front end. When paired up to the Orange Crush coloured tank with silver Union Jack graphics, you get a hell of a nice looking bike without breaking the bank.

The big mods could stop here and you’d have one insanely fun bike, but Jeremy wanted to push the power envelope and see what he could extract from the twin. Revelry Cycles was tasked with the engine build and cracking it open they treated it to a set of high compression pistons and performance cam from the good folks at S&S. To allow the extra air such upgrades require to flow unhindered, the throttle body is now 40mm and draws via a K&N pod filter. Impossible to miss are those stunning S&S qualifier headers that have been developed for the RE-Twin engine, which then bark out of a cool as can be SC-Project S1GP muffler.

To make the most of these mods, a Powertronic ECU has been wired in with a map select switch added. The results are an extra 15hp making 57.68hp at 8100 RPM. To finish out the build Baak tracker handlebars, and a Motogadget speedo were added. “With these relatively simple yet effective tweaks to the Interceptor donor it was transformed from a great street commuter to an even better purpose-built scrambler, capable of tackling everything from your morning coffee run to the Baja 1000,” Jeremy smiles.