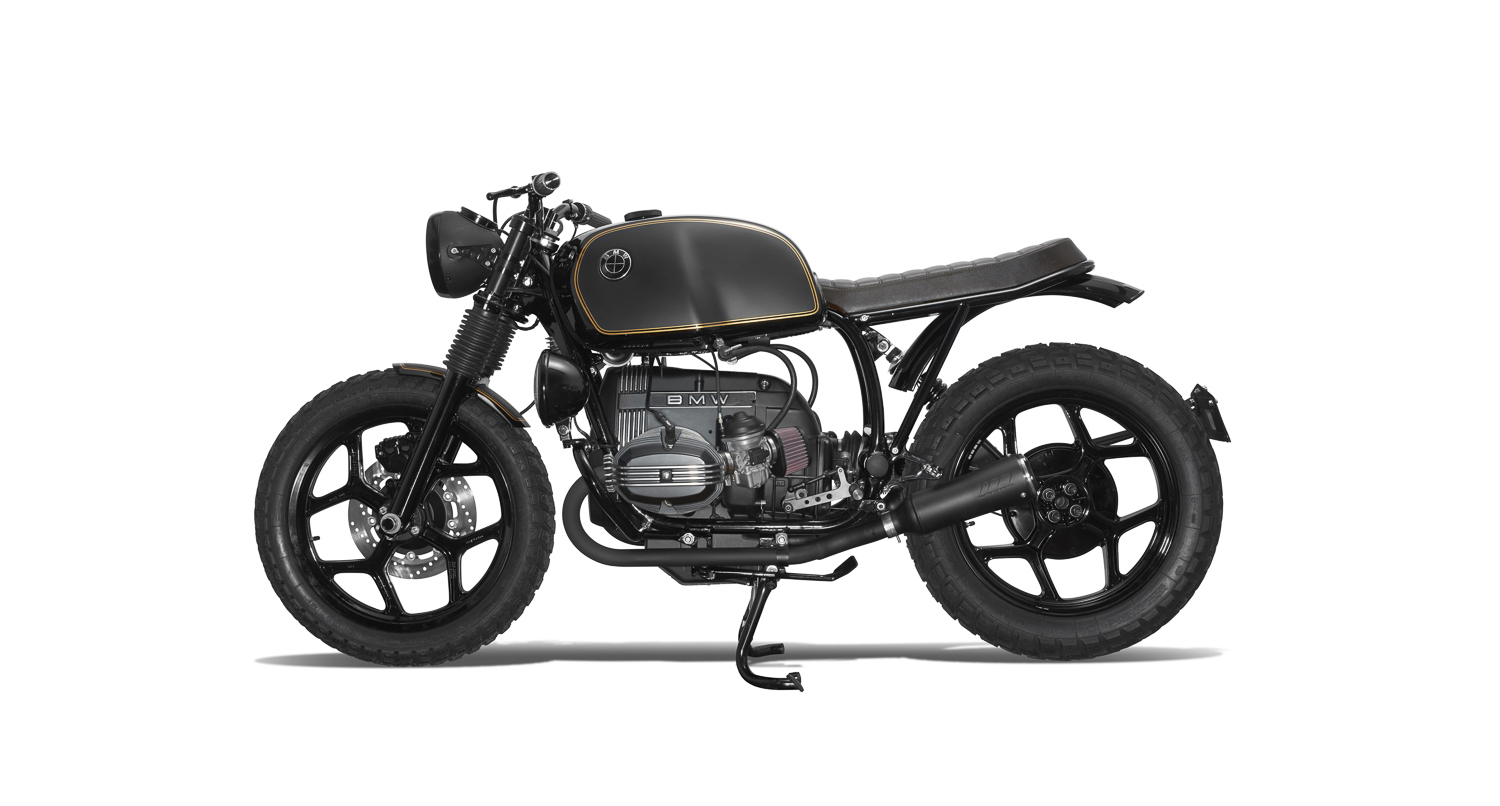 Over the past few years the BMW R series has been a popular choice for custom bike builders around the world. When built right, there’s a lot to love about a stripped-down boxer. Being inspired by the many R80 builds from the likes of Ironwood Motorcycles and Walzwerk, a customer named Alex approached Seba Achaval from Oneyedeer Design with the idea to convert his beloved commuter Beemer into a one-off dream custom bike. What started out as a simple, minimalist build ended up becoming a much larger project.

As soon as winter arrived the R80 was placed on the lift to begin the transformation. After scrolling through Instagram, Alex had found a few R series examples he had fallen in love with and wanted something similar. “There were couple of points that needed to be considered,” recalls Seba. “It had to have a seat large enough for a passenger, and the idea of monolever/monoshock was something that grew big on Alex.”

“So the search for a single side swing-arm, final drive and the wheels started and we got them at RE-PSYCLE; we also found a subframe and seat at Kickstarter.de.” The story takes a sharp turn here: when they purchased the swing-arm it was supposed to be a bolt-on unit, suitable for both the 1984 and 1985 R80. But unfortunately it didn’t fit the ’84 (a dual-shock as opposed to the ’85’s mono-) which was going to cause all kinds of problems.

This posed a whole new set of questions. Should they go back to dual shocks or agree on a new budget and move forward with the original vision for the bike? They decided to go ahead with the original plan for the machine, now christened the ‘Greenpoint Toaster’.

Seba started by chopping the frame and making way for the beefy new swing-arm. “I had to get rid of the huge foot pegs and exhaust muffler brackets, clean all tabs, fabricate from scratch the single shock mount… once all that happened the two seater subframe for the single sided configuration arrived and was fitted with fine tuning. We were able to put the Kickstarter seat on the bike and test fit the IKON shock.”

The subframe loop holds an LED strip for the tail light. “Raddianz” with smoke lenses was the chosen for brightness and Seba handmade the fine groove where it shows the LEDs. New custom passenger foot pegs were made from scratch, with commuter riding in mind.

This is where the domino effect from the new swing-arm started. “So now that we have the rear wheel all hooked, the snowflake-style front wheel didn’t match the rear, so the 1985 axle came out, and we decided to get new front wheel, as well as a new front end which would be thicker and a better fit. So a whole new front end was installed with a Cognito Moto upper tree and the suspension was lowered by three inches. To get the right look, three sets of tires were ordered and returned until they finally settled on the Heidenau Scout dual sports.”

A Motogadget Chronoclassic for the speedo was sent to Seattle Speedometer to give it the minimalist treatment and was then mounted into the headlight bucket. Seba also simplified the yards of wiring with the M-unit Blue. Also sticking to the minimalist theme, he added an Antigravity battery, Motogadget blinkers and mini switches.

Wanting to keep the handlebars as clean as possible, Seba was able to hide the brake master cylinder underneath the toaster gas tank. “Also, to be able to place a Tomaselli cable lever for both the clutch and front brake, I adapted a Ducati Monster master which is activated by a handmade leverage with a mechanic brake switch light.”

“The engine was in great running condition, so there was not much to do except to rebuild the clutch, a couple of seals and fine tuning after the new deep-sounding Supertrapp mufflers and air filter pods were added.” The beautiful boxer engine and many other parts were given the powder coating treatment in a high-gloss wet black look.

There was something that both Alex and Seba agreed on upfront – regardless of the cost – and that was to use Robbie Nigl from Peach Pit for the paint job. “Robbie felt and understood the vision and the design and delivered perfectly. High-gloss black with gold pearl treatment combined with matte black in the center completed this beautiful motorcycle.”

To finish the bike off, a set of BMW badges that matched the look were found from some BMW car rims and, remarkably, fit perfectly on the R80 tank. The overall project turned out to be much bigger and more expensive than Alex and Seba originally expected, but it is definitely a one-of-a-kind custom Beemer that will now be found on many Instagram pages – just like the ones Alex originally found for inspiration.