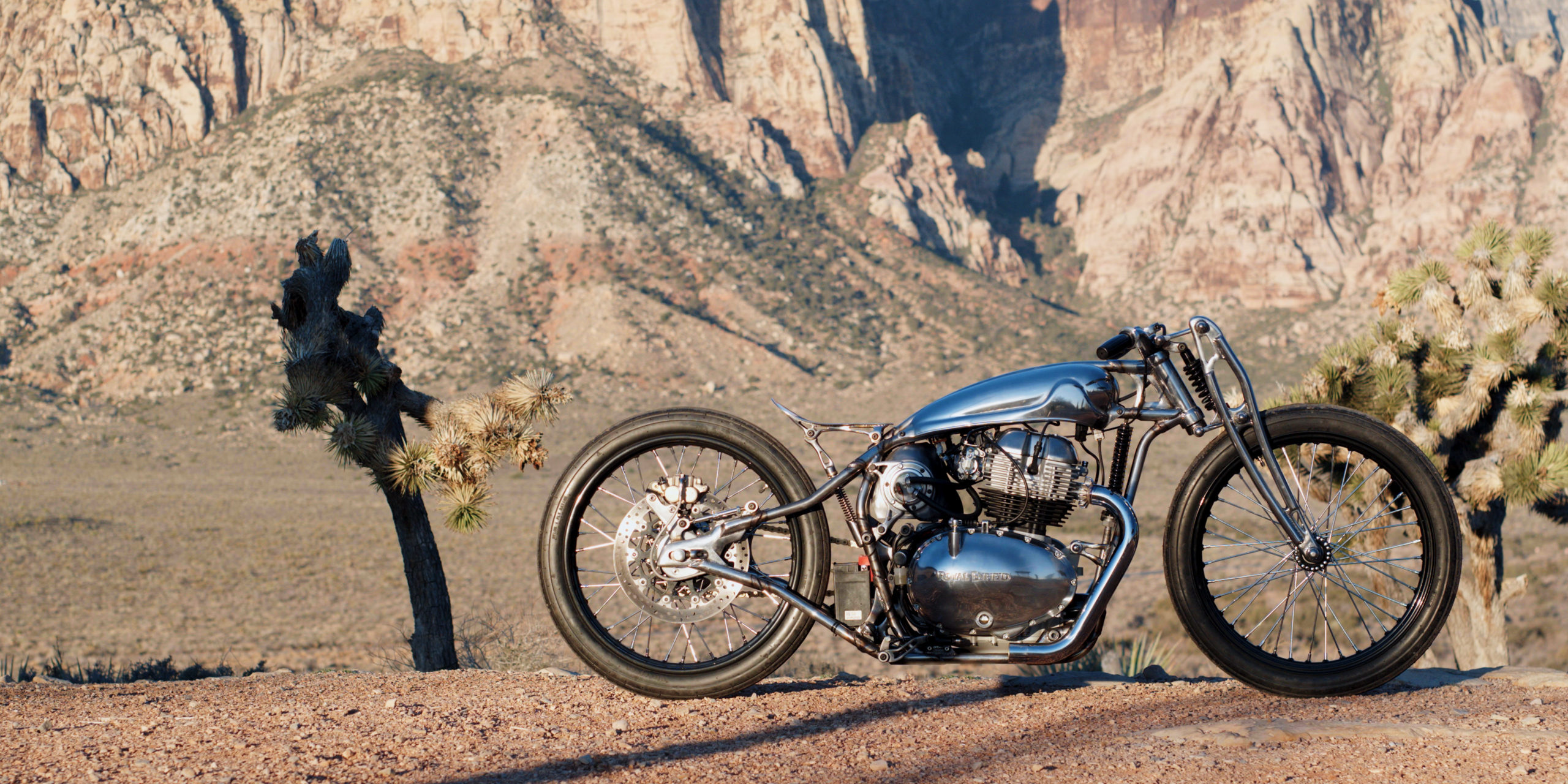 Cristian Sosa of Sosa Metalworks has been working with metal since he was 16 years old, starting his career in hot rod shops and later launching his own custom motorcycle shop with his brother Roberto. This beautifully shot video of Cristian building his latest creation in his hometown of Las Vegas gives us a glimpse into his world.

Royal Enfield approached Sosa to build something special using their Continental GT and he didn’t disappoint. Cristian doesn’t do any drawings or renderings, he just “goes with the flow”; with the parallel twin engine, he just started fabricating the frame out of Chromoly around it – his first time building a complete bike out of the metal.

“I wanted to keep it as simple as possible,” he says. “And to keep the main visual focus on the motor and transmission. When I got the bike in the crate I wanted to strip everything and focus on the drive train and build around it. … When I sat the motor on my table I asked the motor what it wanted. And that’s what I got from it.”

It’s clear that Cristian Sosa walks and works to a different beat and this short film called ‘Song of Sosa’ by Cam Elkins of Stories of Bike captures this perfectly. Sit back, grab a beverage and watch this film, which is crafted as well as the bike it features.