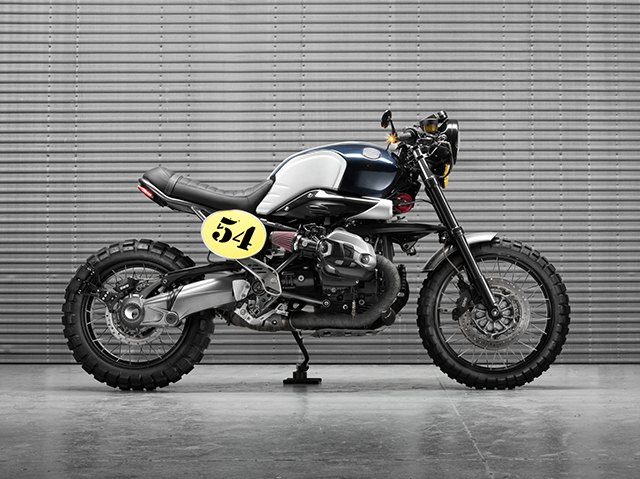 A few years ago, Sean from Original Café Racer Co in London was lucky enough to ride across Africa with Charley Boorman on a Compass Expedition. The experience inspired a crazy idea; turning a BMW R1200GS into a street racer. “Having successfully designed and customised café racers in the past, I wanted to set myself the ultimate challenge; build four, spectacular, limited edition bikes to commemorate the expedition of a lifetime from Cape Town to Victoria Falls, covering South Africa, Namibia, Botswana and Zimbabwe,” says Sean. It’s hard to believe that this custom-built bike started life as one of the last air-cooled BMW R1200GS in the country. The holy grail was to produce a street racer with all the capabilities of a GS. This resulted in lots of modifications including; chopping the rear end, replacing the fuel tank, discarding the airbox, exhaust and massive oil cooler. 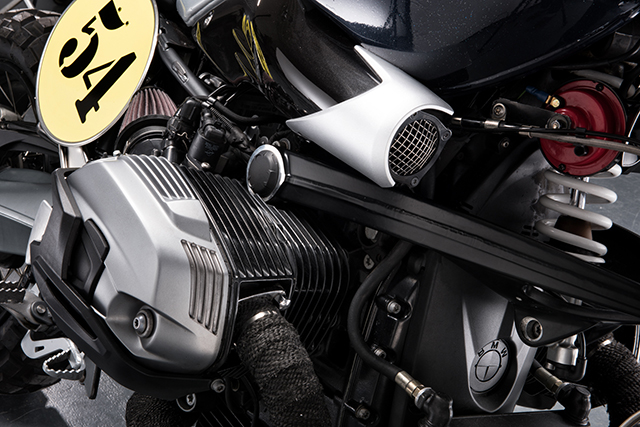 At first glance, you might have thought the bike was a R nineT, but the only thing this bike shares with the R nineT model is the fuel tank. It remains very capable off-road as the original BMW engine mapping on the GS model has been kept including the electronic adaptive suspension. This transformation resulted in a substantial loss of weight close to 45KG creating a lighter weight, high-performance bike maximising its engine power output to full capacity with K&N air and oil filters. The original large oil cooler has been replaced with a smaller but more efficient BMW unit and relocated from being mounted on the forks to sitting snugly in front of the engine. 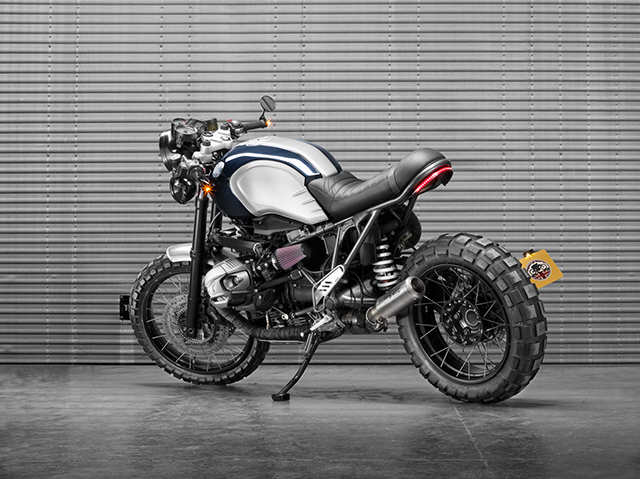 The biggest challenge was housing the extensive cabling, sensors and electronics in a confined space having discarded the original large plastic fuel tank and replaced it with the smart, new aluminium tank; and no longer having the vast amounts of space under the original GS seat. The new custom-made leather seat has the plug-in diagnostic recessed neatly with easy access to all wiring and electronics. 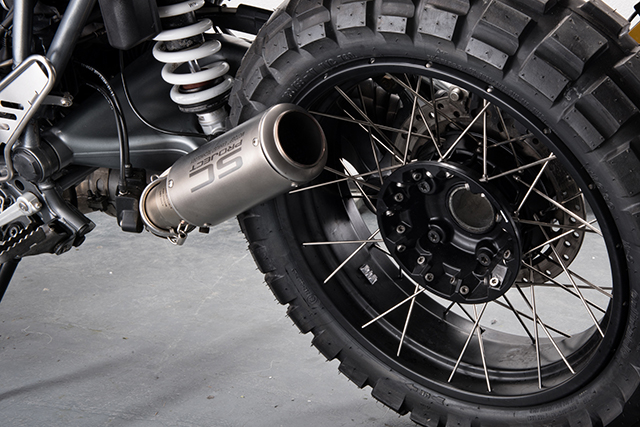 The Continental TKC 80 dual-purpose tyres complete the tough look. To give it a more sporty feel, the stock bars have been replaced with clip-on bars. Also up front, LED headlights by Original Cafe Racer Co and Kellerman of Germany compliment the bike’s distinctive ergonomics as well as adding greater visibility. 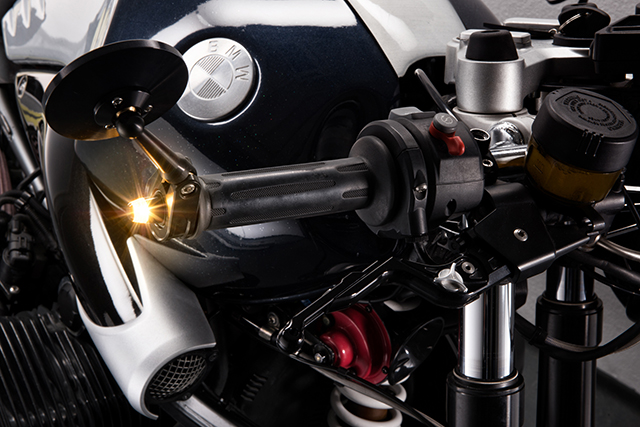 The custom leather seat is not only stylish but also practical – made comfortable for long rides as well as storing all the cables and diagnostic plug. The SC MotoGP silencer adds a deep but rich tone to the exhaust without being overly loud or needing a baffle to pass a M.O.T. 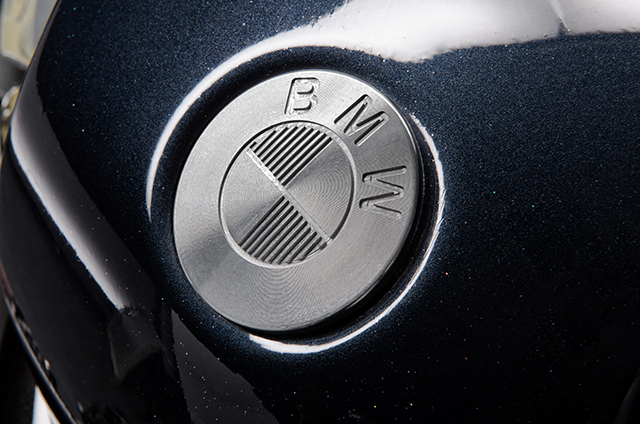 Next month, the bike will be auctioned off at Silverstone Auctions – held at the famous race circuit in England. This tough looking GS will be sitting proudly amongst some of the rarest and most desired cars in the world. If you like what you see and want to own this custom beemer, you can place a bid on here. Good luck. 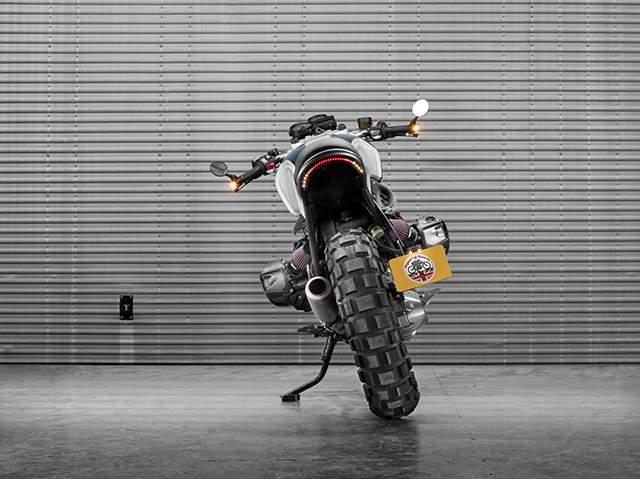 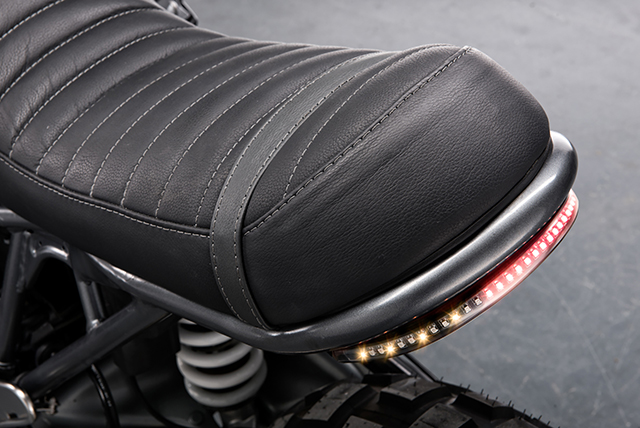 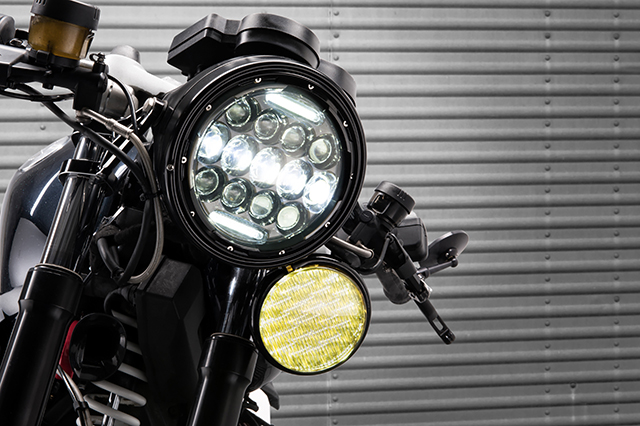 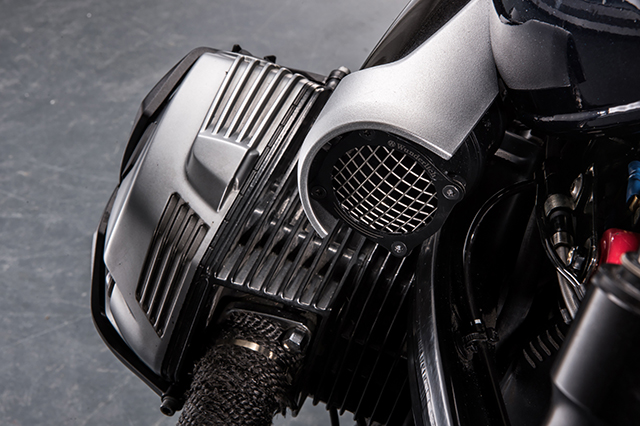 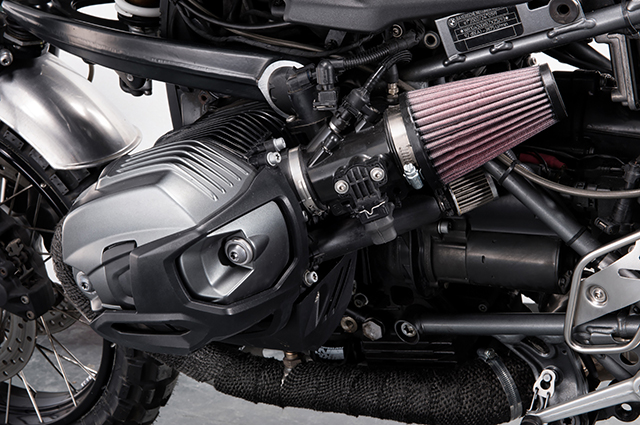 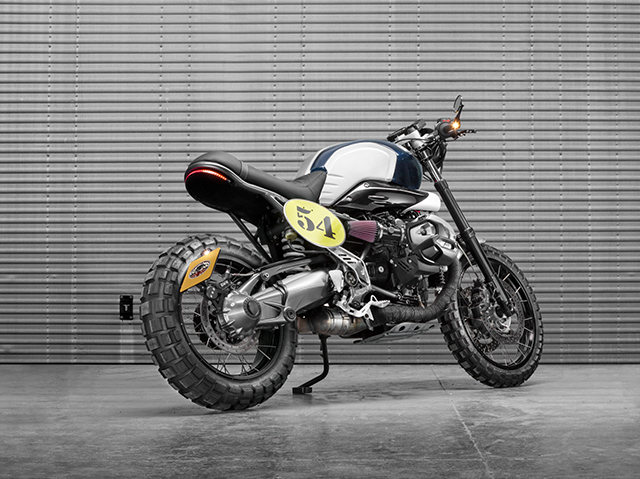