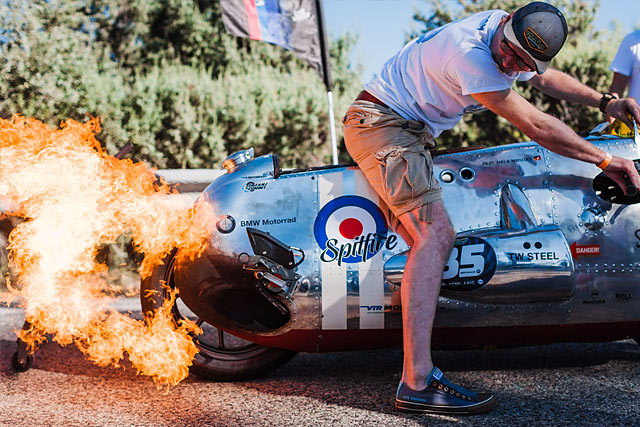 The abused, tired bikes have been put away. The tyre smoke has wafted out to the Côte d’Azur, the beer has all been drunk and the comedy Sesame Street outfits are now at the dry cleaners. Our favourite race series in the whole entire world – the Sultans of Sprint Challenge – is done and dusted for another année. Who won the Grand Prixes? Who lost? Who went just for the booze and amazing French beaches? Read on, dear sprint fans. Read on…

Hosted at the Dandy Riders Festival in France’s St Raphaël on the French Riviera, show organiser Sébastien Laurence reports that the conditions were pretty much perfect for throwing things down the bitumen at great speeds. Great temps, great grip and a clearly great location added up to what was clearly the highlight of the 2018 season. And from what we hear, 2,500 enthusiastic and beautifully tanned race spectators also agreed. 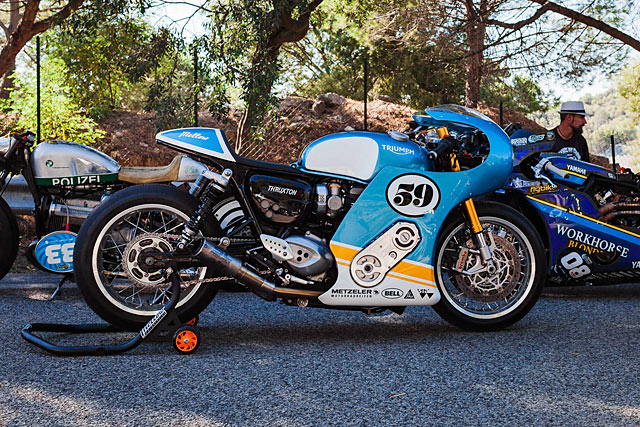 But of course, this was pretty serious business for the race entrants. Being the last sprint in the season, the stakes were high; when you have six months to fix broken bikes, wouldn’t you give it the full beans for the chance to win? But the cut throat attitude no doubt lost a little of its edge thanks to the fancy pants surroundings. Who could be too serious in a location like this? 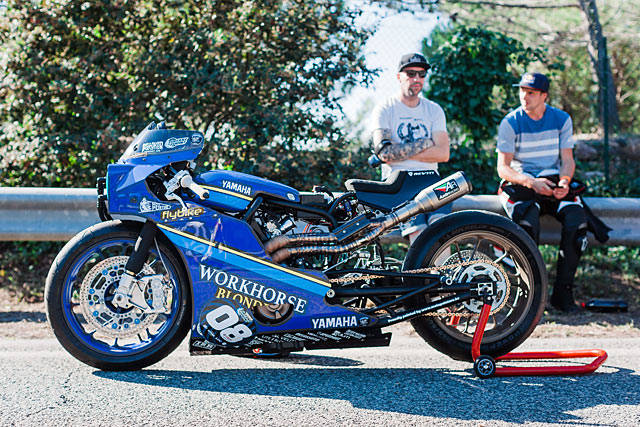 The No.8 Yamaha Motor x Workhorse Speed Shop Team enlisted several good riders this season – like Nicolo Canepa in Monza or Jens Kuck in Leonberg – but for the finals they welcomed French FMX legend Tom Pagès to the fold to race the XSR 700 ‘Sakura’. Taking the race rather seriously, Tom trained on saturday morning with the other Factory Class riders to get used to the insane nitrous-charged Yamaha. Obviously he got his head around it pretty quickly, so quickly in fact that he managed to get the best out of the little beast to take first place for this round.

But with 2 victories and 2 second places already under their belts this season, the No.59 Triumph Motorcycles x Mellow team did extremely well for the first Sultans of Sprint Factory Class competition year. All the team did a stellar job to get the bike performing at its best and the various riders were all focused, motivated and very damn fast. Congrats to Triumph Germany and Mellow Motorcycles for all the good work with Triumph Motorcycles HQ in Hinckley. 3rd place for both the round and the class was taken by Rolf Reick on his BMW Motorrad x Krautmotors Team R nineT ‘Little Go Beep’. 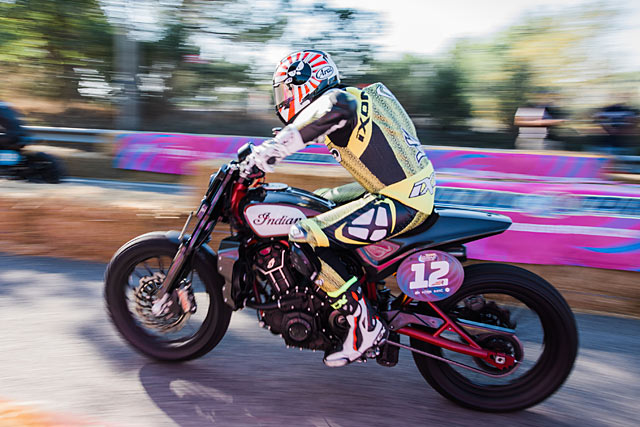 We should probably take a moment to tip our hats to BMW Motorrad, Indian Motorcycle, Triumph Motorcycles and Yamaha Motor Europe. It’s no small ask for the manufacturers to dedicate their time, resources and money to a custom sprint event like this. Thanks for the support, guys. And thanks for the nice little boost for the Sultan’s original Freak class as well. Speaking of which… 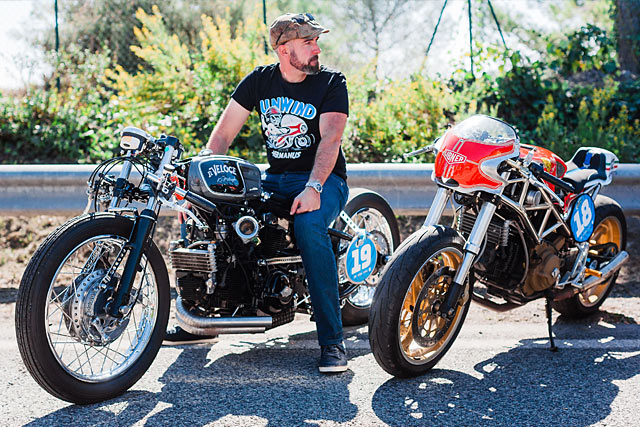 After his first victory and second podium at Glemseck, Daniele Ghiselli from Team No.16 South Garage Squadra Veloce decided to once again grace the podium; their Ducati ‘Superhero’ racer winning the final Freak Class race in the sun at St Raphaël. Big ups to the Milano team! Second place was grabbed by Schlachtwerk’s ‘Skinny Beast’ and in third was Jacques on his carbon-framed, nitrous-charged ‘Balinese Kiss’ No.06 Ducati. But enough of the build-up. ‘Who won the whole damn thing?’ I hear you screaming over the howl of engines drowning in nitrous. The mighty Schlachtwerk did! For his first season, team rider Yong ‘Macaco’ Kim did stupendously well. Riding the Skinny Beast, No.25 Macaco managed to keep incredibly focused at each round and cemented a victory after securing 2nd place here in France. The consensus was that his martial arts experience helped him with the mental strength required to focus at the starting line. Nice one Yong!

“The Gods of Speed suck!” These were the immortal words of Ralph after his “Moonraker” supercharged BMW broke a transmission shaft and injured his leg quite badly. After emergency surgery, he was safely transported back to Germany where he is now recovering. We can’t wait to see you up on stage in 2018, buddy!

“The Gods of Speed suck!” 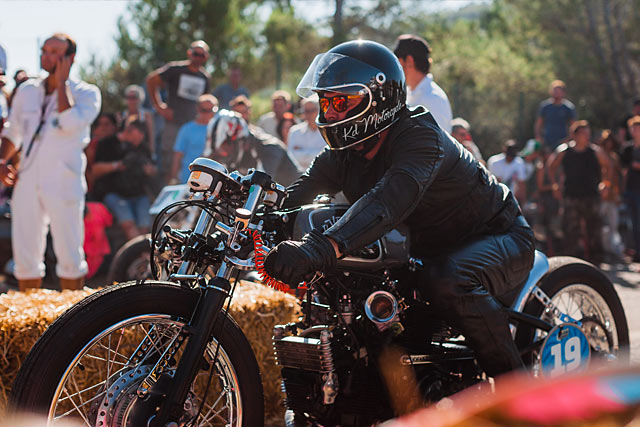 The final party of the year – fuelled by Duvel beers & Sailor Jerry Rum – was even more epic than usual. For this round, extra competition points were awarded during a round of stage diving while fully kitted up in their race gear. Safety first, y’all! And as always, the festivities went well into the night with most party-goes well aware that this, the last round of the season deserved an extra special send-off. It got one. 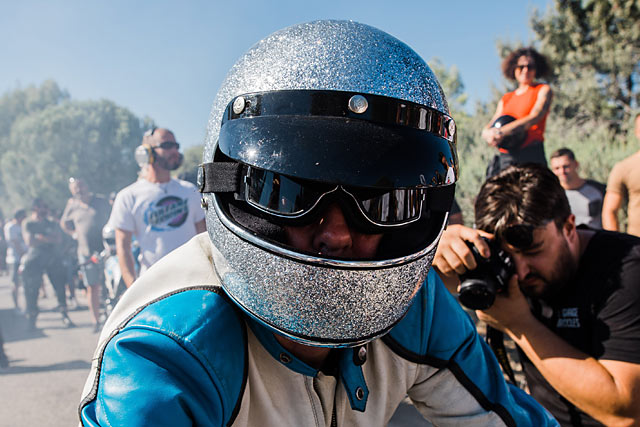 We’d like to wish the Sultans a great 2019 season and to also thank them for choosing Pipeburn as their official media partner for 2018. It was a pleasure for us to be a part of such a genius race series and we genuinely hope you have a bigger and better series next year! Bonne chance!

PS. Stay tuned for a few more Sultans surprises before the end of the year. 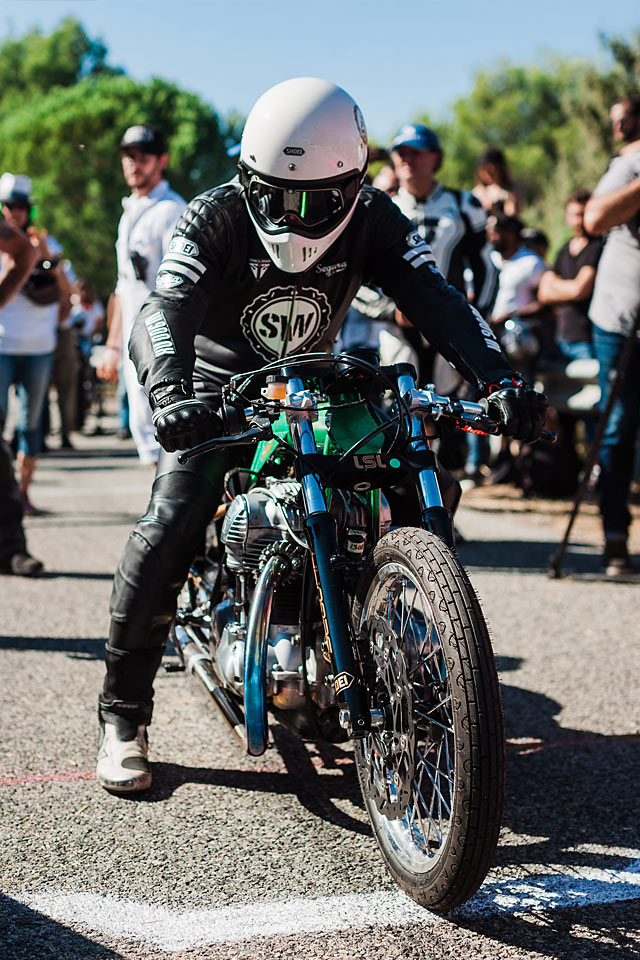 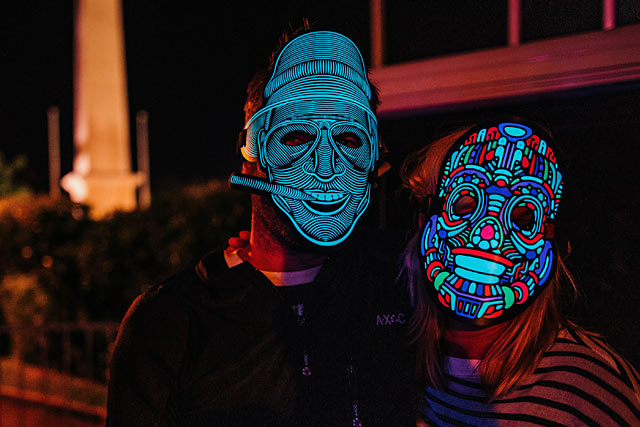