I’ve got a theory that the Northern Hemisphere is sometimes better than the Southern for custom bikes due to the long, harsh winters. Without wanting to sound too ‘hemispherist’, here in the south you can ride 365 days a year – as long as you don’t mind a bit of sweaty leather stink. But what to do when you’re forced to hunker down for 4 months of winter? Why, you build customs and dream of what you’ll be doing come the thaw. Customs like this simple yet classic Suzuki from Quebec’s Mecano Motorshop. 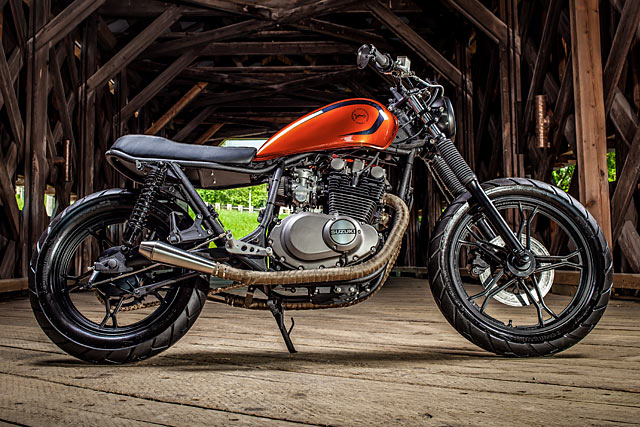 Mecano Motorshop’s owner is Olivier Laroche. After working as a dealer’s mechanic for several years, Olivier decided in 2010 to start his own shop. “We repair any marque of motorcycle from 1900 to 2018. But summer is short in Quebec, so we also repair ATVs, snowmobiles and boats, too. Recently, we began to customise motorcycles as small side projects. But now we are proud to show the world our first complete custom bike, which we also revealed at the Montreal International Bike Show this year.” 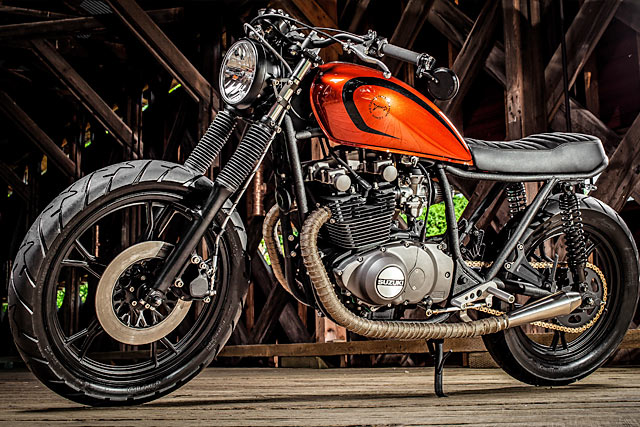 As you can probably see, the bike is a mix between a Bratstyle and a Scrambler: the seat, hoop, frame and low exhaust say Brat, but then the handlebars and riding position do seem much more ‘McQueen’. “The bike is a Suzuki GS450T from ’83. We bought it from a woman who was moving from Montreal to the USA and decided to leave the bike behind. It was her first motorcycle and she was a little bit worried when I told her what I wanted to do with it, but then I showed her the final results and she seemed very happy with it.” 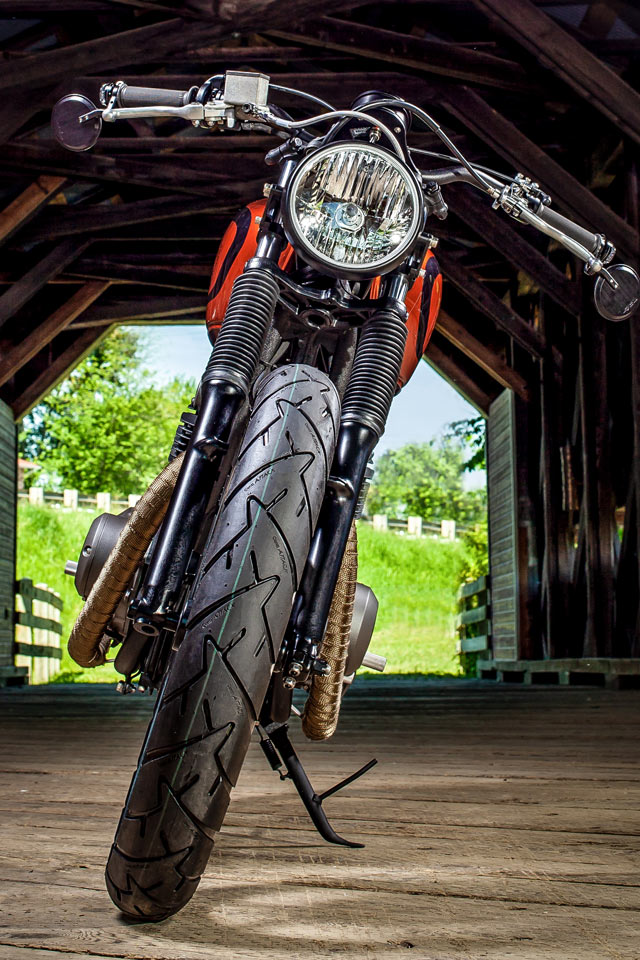 “The idea to customise a bike came to me after I saw a local TV show about a shop building custom café racers. Moreover as my first full custom project, I wanted to build a bike just for me; something small, lightweight, comfortable, subtle and clean. My goal was to take an old bike and build a brand new custom bike for 2018.” 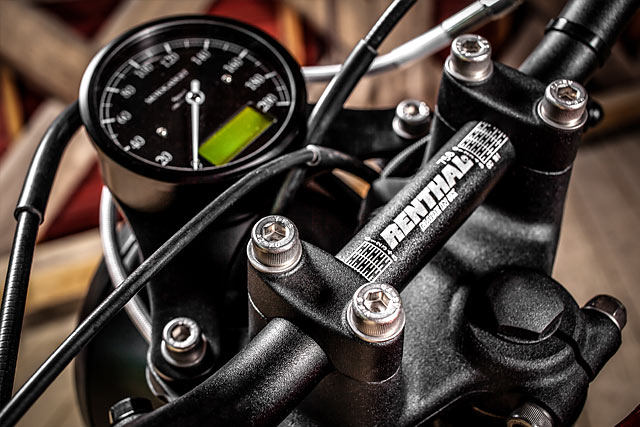 Olivier says that what seemed at first to be quite simple quickly snowballed in size and scope to become something altogether different. Oh, if we had a dollar for every time… “Being an ultra-perfectionist, I couldn’t resign myself to just an aesthetic update. What’s the point of investing time and money on aesthetics if the rest of the bike is 35-years-old and may break at any time? Besides, it was my reputation on the line.” So after a nuts and bolts tear down, the frame was reshaped and powder coated with a beautiful black wrinkle. Similarly, the engine was disassembled, factory refreshed and painted to match. 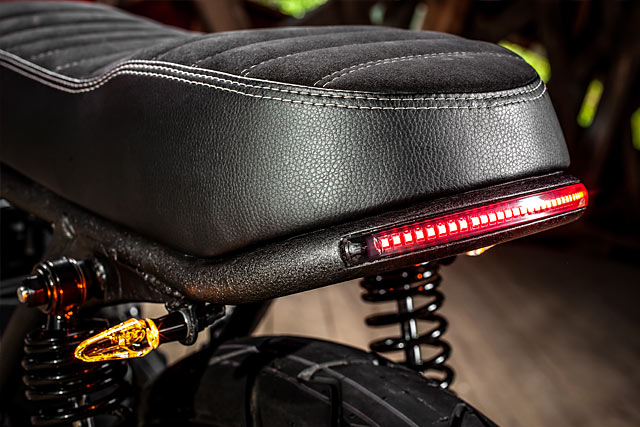 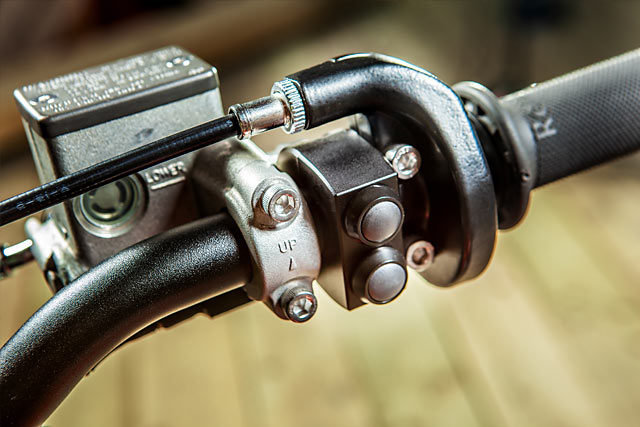 “The hardest part of the build was to hide all the electronics components without simply shoving them into a big box under the seat; I wanted to keep that area clean and clear, so a flat plate was welded on the under seat frame and all the electrical components were fixed to it.” 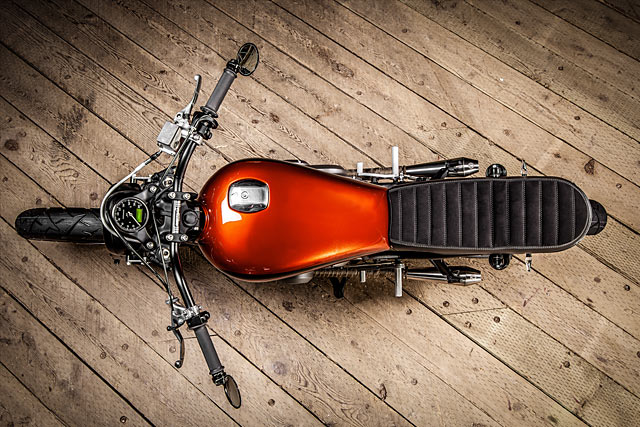 In the end, it’s the subtlety of his own work that really stays with Oliver. “The bike doesn’t have the most flamboyant colors scheme or a ton of CNC’d parts, but when you take the time to look at it, you can see that every single bolt and washer is new and that no details have been neglected. Whenever someone looks at it with a critical eye, the reaction is always the same; ‘Is it a new bike out of a box?’ I say mission accomplished!” 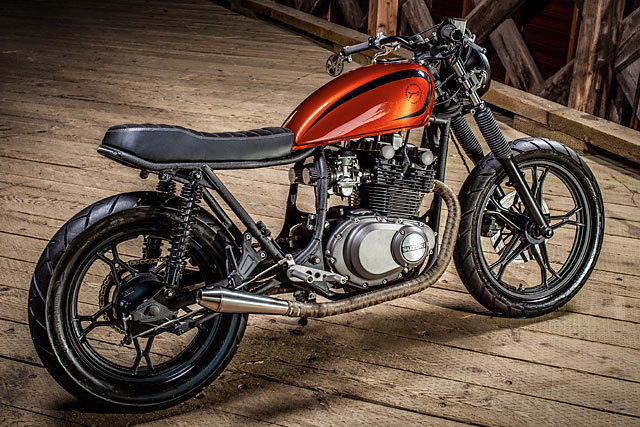