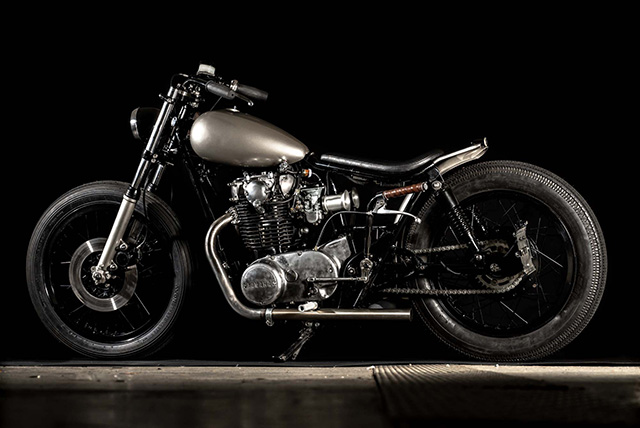 Over the years the trusty Yamaha XS650 has found itself to be one of the most popular donor bikes around. And why shouldn’t it be. It has the Japanese reliability and an engine and frame that lends itself to many different custom styles. Which is the reason Martin Castelberg from Moto Incendio in Switzerland has held onto this bike for so long. “I restored the bike and originally built a café racer and rode the bike for 5 years and about 50,000km. During this time, I learnt everything about this XS650 – that’s why I like to say my first car was a motorcycle.” 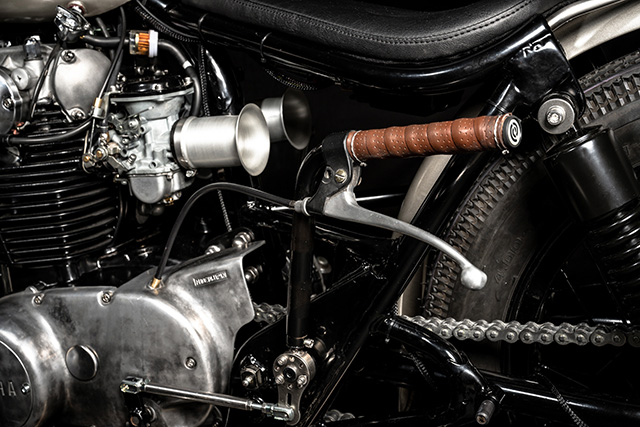 As time went by, Martin found himself fixing a lot of friends and neighbours bikes. “My interest in mechanics kept me going and consumed every free time I had. With the money I earned I opened in 2014 my shop Moto Incendio. Things from then on went very fast and I worked out I could make a decent living out of customizing and repairing motorbikes.” Business was doing so well, he had to bring his father on board to keep up with demand – luckily his dad was handy with the tools and used to work in the automobile industry. 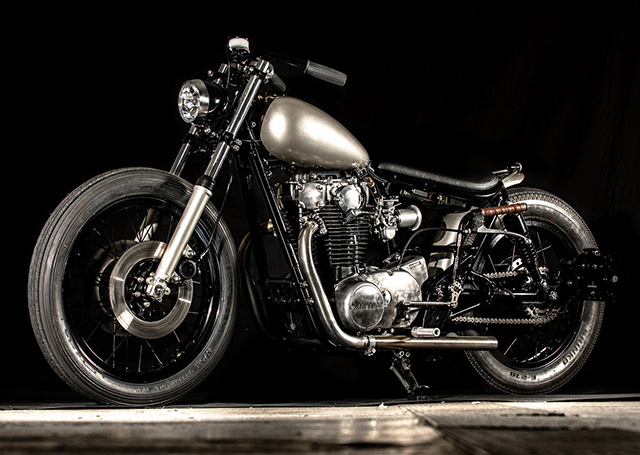 Unfortunately, because the garage was so busy, Martin didn’t have much spare time to work on his own XS650. But this all changed in March this year. “I decided to rip everything apart on the XS650 and start building the bike I had in my mind for many years” he says. 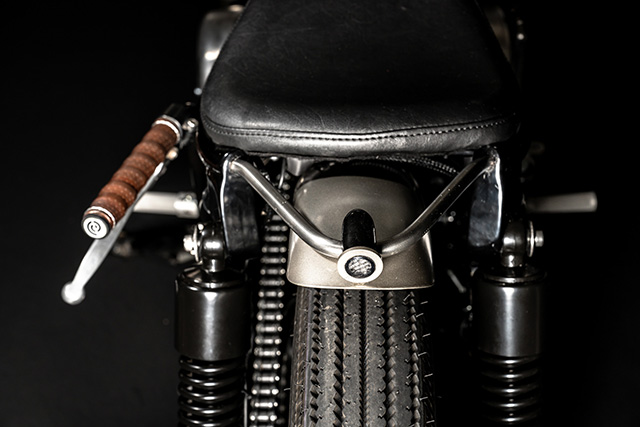 After Martin had taken the bike apart, he began to rebuild the engine and wanted to get a few more horses out of it. He decided to fit a big bore 750cc cylinder in it with Wiseco pistons. “Personally, I preferred the stock BS38 Carbs for the engine. It allows a smoother revving and was more reasonable for a bobber build. The long velocity stacks give a nice sound and a rounder performance in the lower rpms which I really enjoy during riding.” 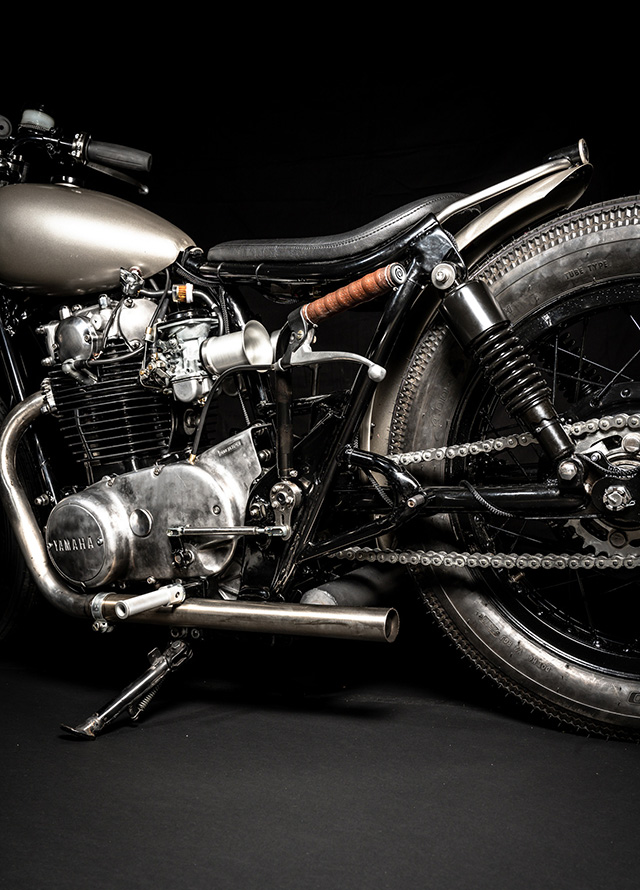 After riding a rigid frame bike for a year, Martin’s backside decided he didn’t want this bobber to have a typical bobber rigid rear end. “I’ve always admired the Japanese style and this is where I also got the idea for the subframe tubes. We often work with CAD but on this build everything was made traditionally by hand or using conventional milling and lathe – which is a very satisfying feeling sometimes.” 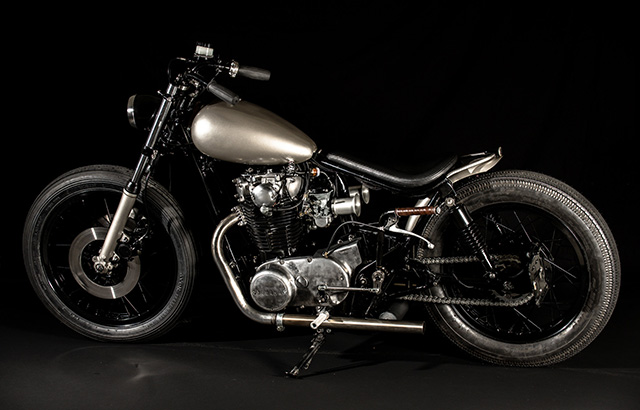 Next the frame went to the powder coater, so it was now time to finish the peanut gas tank, which Martin purchased a few years from Lowbrow Customs. “I just had to lower the tunnel and do some adjustments so it would fit over the Ignition coils and the electric ignition system that a friend of mine has engineered.” 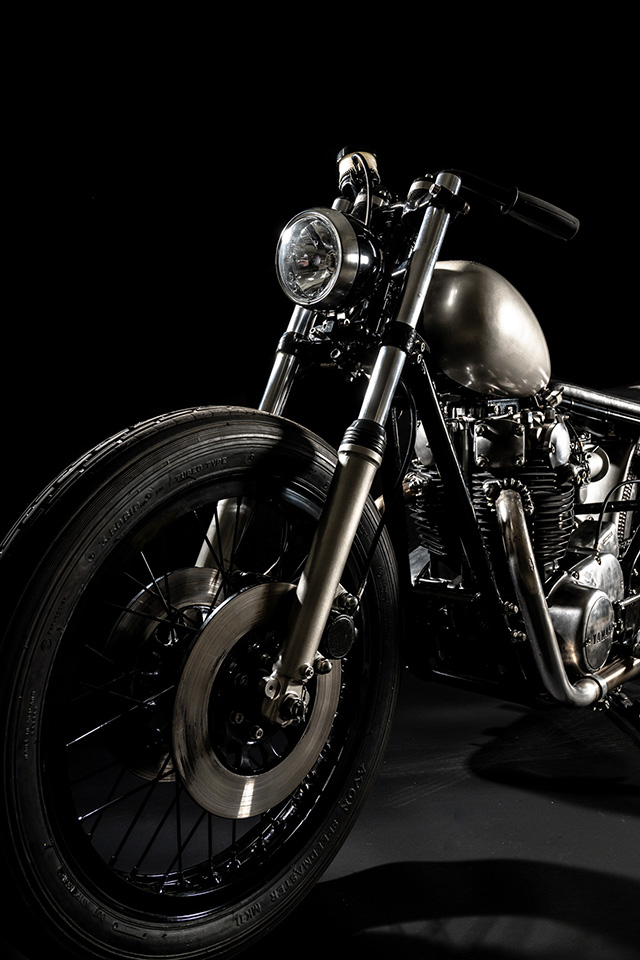 One of the features that may raise a few eyebrows is the jockey shifter. “I’ve always been fascinated with jockey shifters ever since riding a 1931 Motosacoche Jubilee that had one. I positioned the shifter right under my ass because my arm just has to grab down. It’s actually very comfortable to ride once you get used to it.” 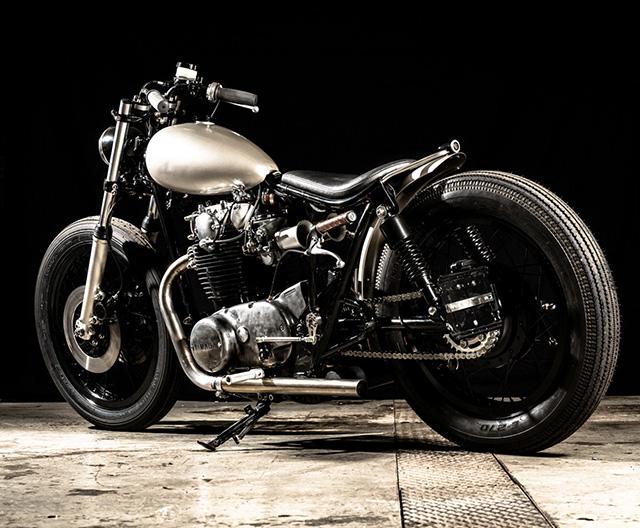 When it came to the exhaust Martin wanted to keep it clean and classic. Although a straight through pipe would never get past the strict Swiss noise emission laws. “That’s where we experimented with exhaust flows and sounds. We came up with a solution to keep the pipes clean without losing power and not producing too much noise. This is so my head doesn’t explode after a 300km highway trip.” 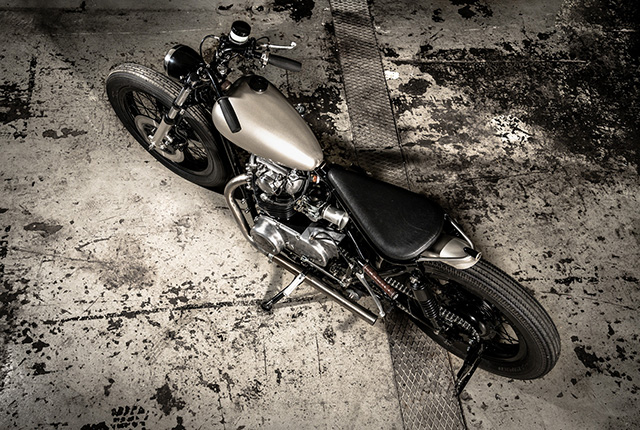 After starting the bike in March, Martin had the XS650 finished for a Swiss bike show in May. He was pleased when the bike picked up first prize and garnered a lot of attention. We’re guessing his garage is about to get busy again with lots of new customers.