This guy is like a hurricane, you see him coming a mile away, you can see a storm building on the horizon, you feel his breeze before he gets there, and when he does he rains down on you. Some delight in the incredible show, others need time to gather their thoughts and for a few, it’s all too much. But founder and head designer Daryl Villanueva of Bandit9 has been shaking up the custom scene for years and no other builders work is displayed in more museums around the world. Now commissioned by luxury retailer Lane Crawford he brings to life his two most radical pieces to date, the sleek, Sci-Fi inspired EVE LUX and EVE 2020, that are sure to get tongues wagging once again.

“I always tell people that Bandit9 is one giant experiment and the bikes are our lab rats. Some live and do well, some die a horrible death,” Daryl smiles. That is the life of a man whose designs rest on the edge of the event horizon, but 2019 has been an incredible year for the company. Already with bikes displayed in the Petersen Automotive Museum, Haas Moto Museum, Barber Vintage Museum, MC Collection and many others. “You’ll also find our pieces at Le Bon Marche Rive Gauche in Paris and we’ve partnered with TheArsenale, dubbed ‘the most insane garage in the world’ in Macau.” 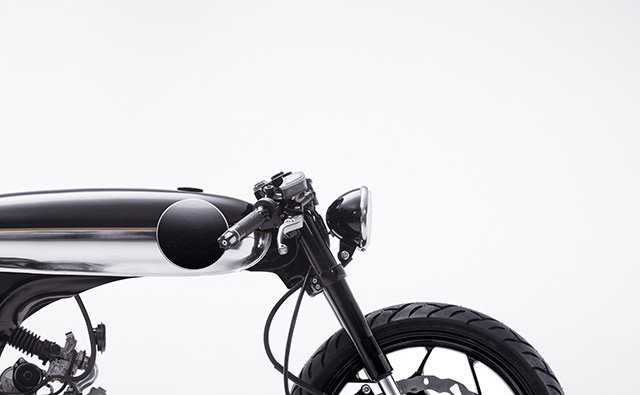 “And finally, Lane Crawford in Hong Kong, who commissioned these pieces, curates their inventory like a museum. They’ve got select pieces from Alexander McQueen to Devialet to Les Ateliers Ruby. Lane Crawford has sentimental value to me too. My father’s office was in the building above one of their branches and I used to explore their shop to wait for him to get out of work. I must have been 10 years old. But even then, I’ve always regarded Lane Crawford as this unattainable tier and now that Bandit9 is in there, it’s surreal.” 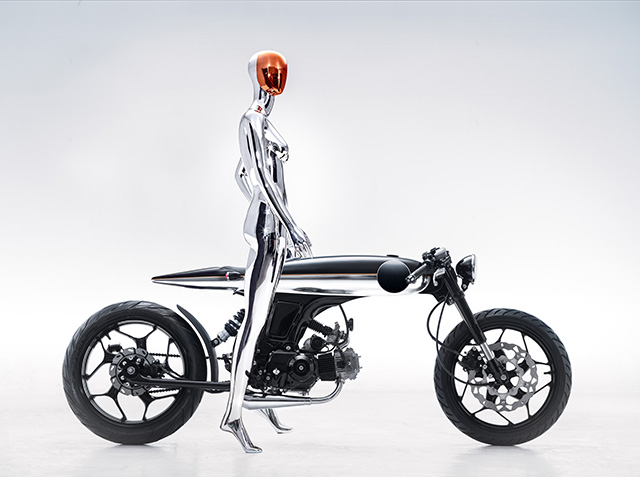 It’s taken Daryl thirty years of hard work and innovation to get to this point, but displaying for Lane Crawford brings his journey full circle. But first he had to envision, design and build the bikes and he had just 6 months to do it. Not only that but with customers of the giant retailer able to order their own examples, Bandit9 had to bring themselves up to speed with the logistics of delivering a product to market in Hong Kong. So there was no time to waste and the basis of many of Daryl’s builds is the 1967 Honda SuperSport; although virtually nothing of the original remains. 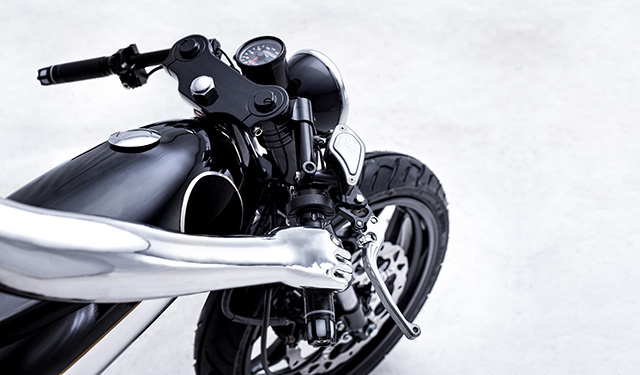 Both bikes utilise the pressed steel chassis that helped enable the Honda to achieve such a light weight compared to a traditional tubular design. Then to begin the process of advancing to a roller a modern inverted fork is chosen by Daryl for the first time to be combined with the simple Honda style frame. Instantly it gives each variation of the EVE a more muscular and contemporary feel, while the single wave disc with unique venting gives another more futuristic touch. A modern master cylinder and lever combo is another first, complimenting the features to come. 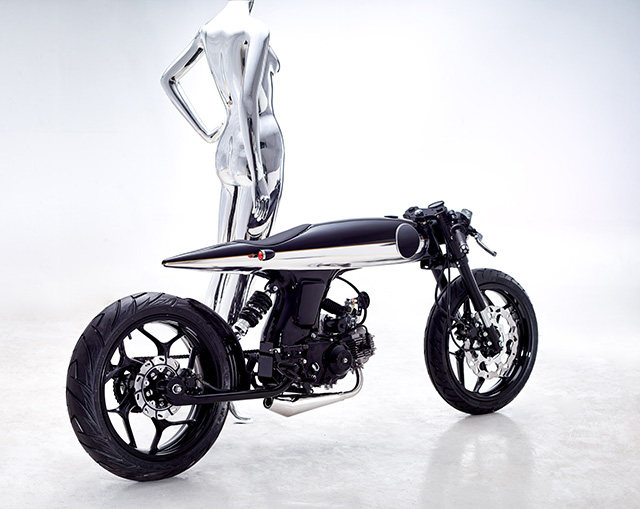 The rear includes an all-new swingarm for the company who have gone for an underslung design that rounds up toward the axle. While Daryl has used an inboard shock design in the past they have always been based on a ’60s inspired design. This time a small adjustable shock is given a new forward mount with the rear brilliantly integrated into the hugger like fender with the structural support kept well away from anything but the most prying eye. Just like the front, the back end wears an alloy wheel with interesting geometric shapes for spokes and the recipe was coming together. 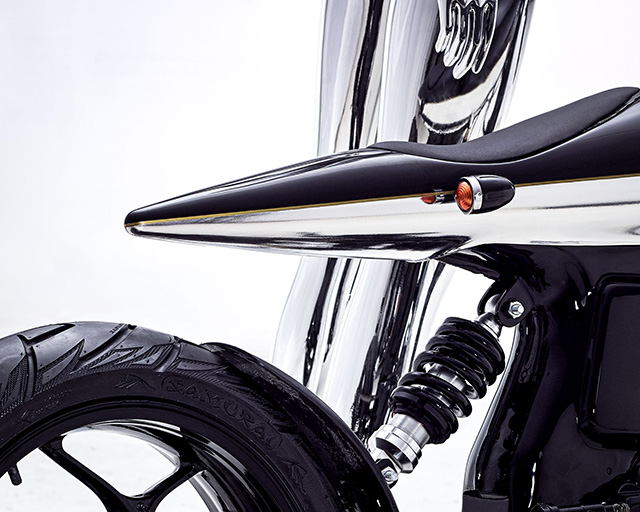 What differentiates EVE LUX and EVE 2020 is the bodywork, with the long stainless unibody of LUX finished in a combination of polished metal and black, broken up by a perfectly laid down bronze pinstripe. Where it features a traditional headlight, the all black 2020 moves further into the future with an exquisite front nose cowl and tinted screen. While beneath, as if taken from Roddenberry’s Enterprise, the engine is covered in a futuristic shroud that looks ready to suck you in through its turbine like entry. 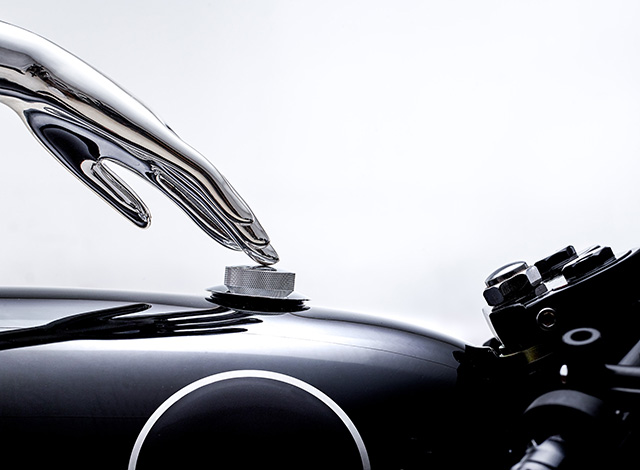 The engine itself is that distinctive Honda single, brand new in a 125cc configuration and featuring a Mikuni carb and exquisite hand made exhausts unique to each bike. While for the first time Daryl has fitted a semi-auto box, “It’s nice when the bike gets out of the way so you can enjoy your surroundings.” Finally, an array of LED lights is integrated and a small speedo added to the front end to ensure the bikes are street legal. Yes, EVE LUX and EVE 2020 might be museum-like masterpieces but Lane Crawford is a retailer after all and you can take one home for just US$10,950 and $US11,950 respectively with global shipping included. A bargain price for your own piece of incredible sci-fi inspired functional art that Bandit9 produces for some of the most incredible collections around the world. 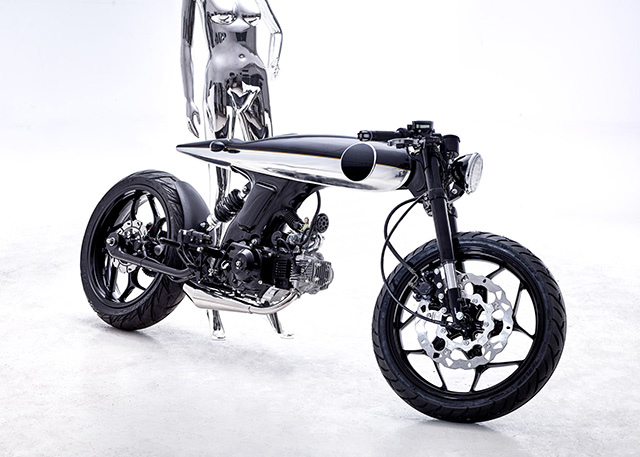 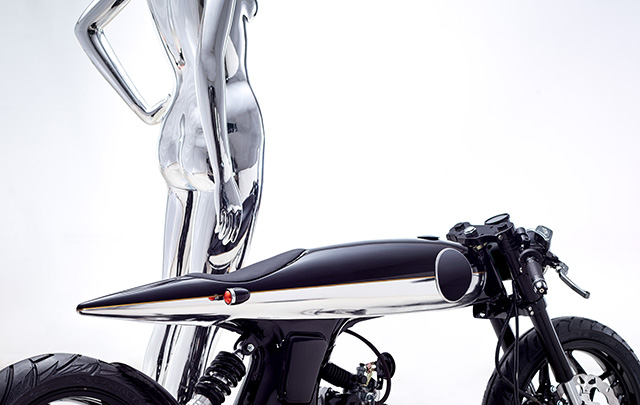 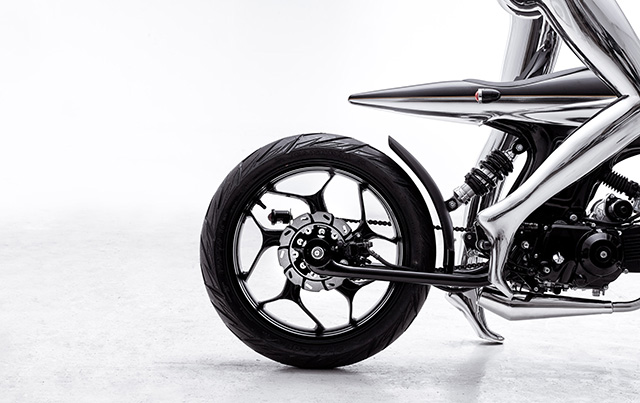 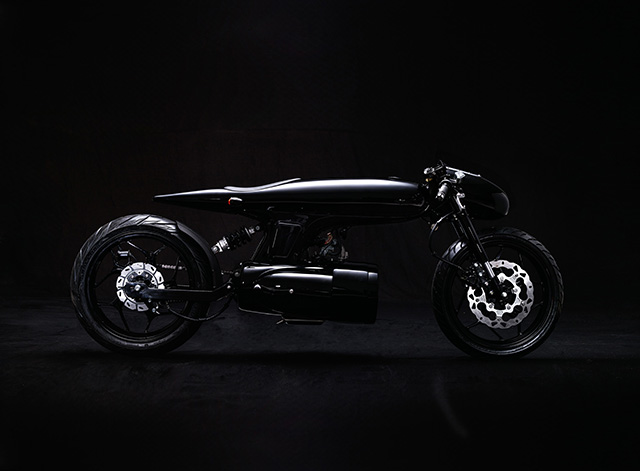 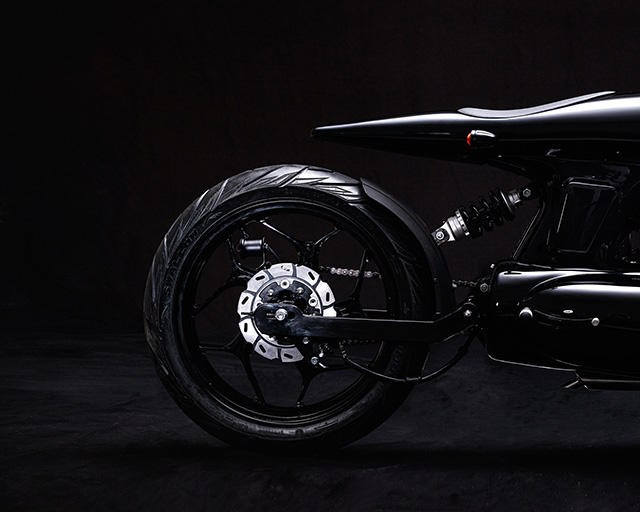 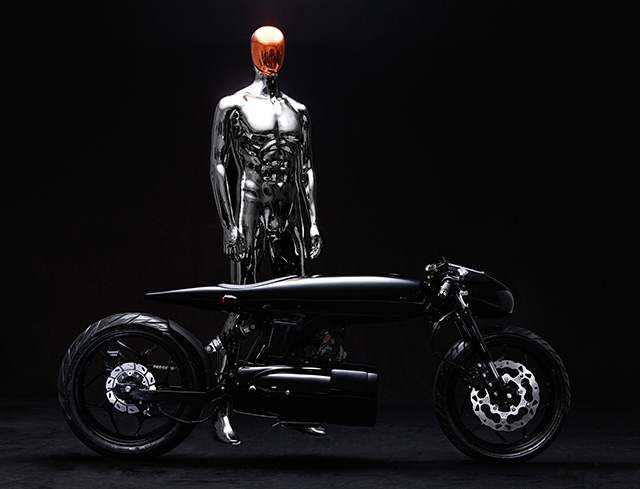 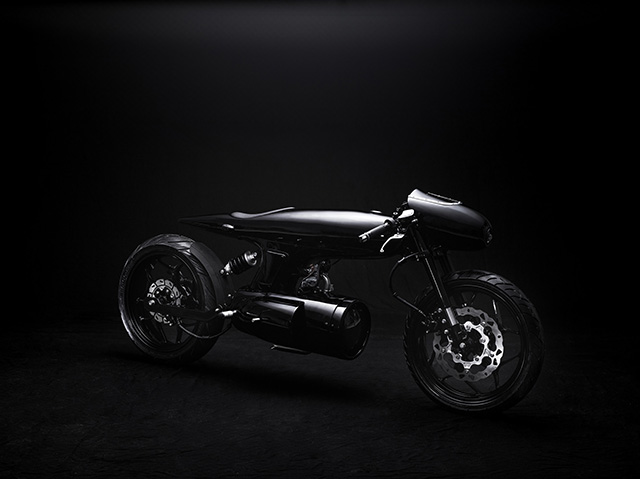 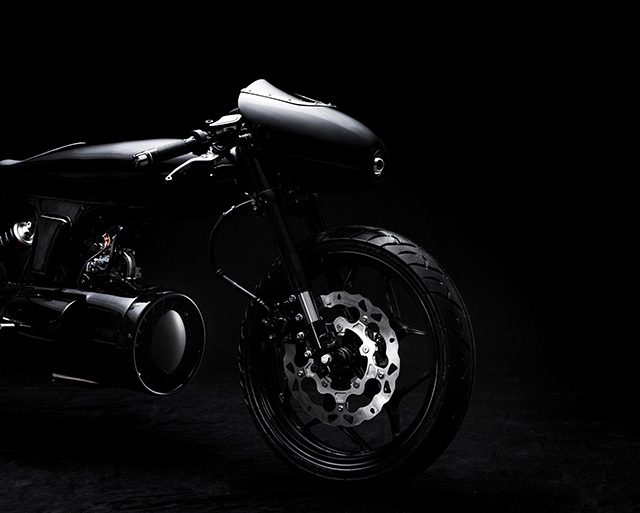 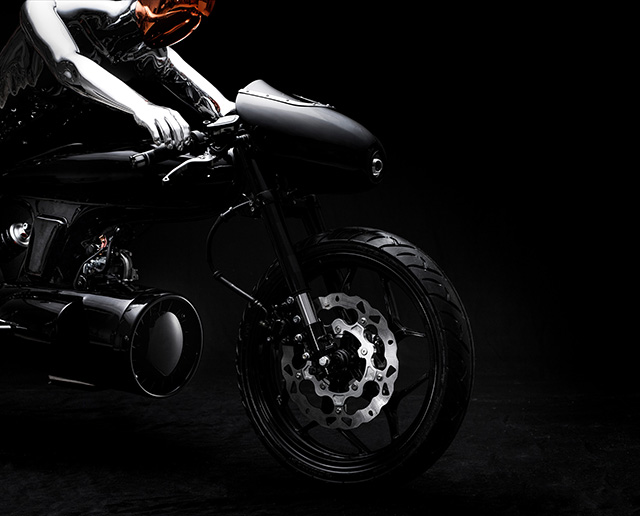 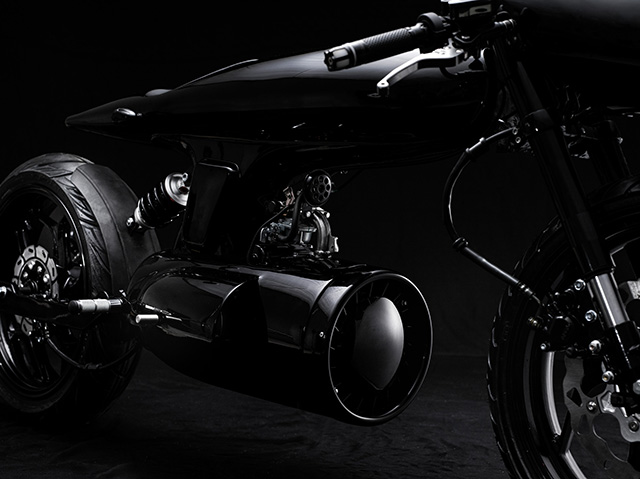 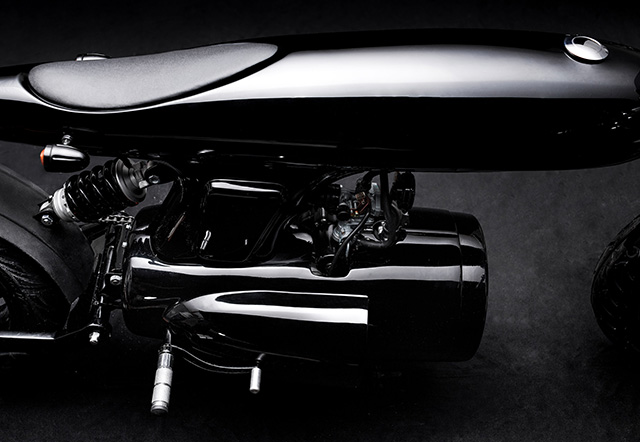 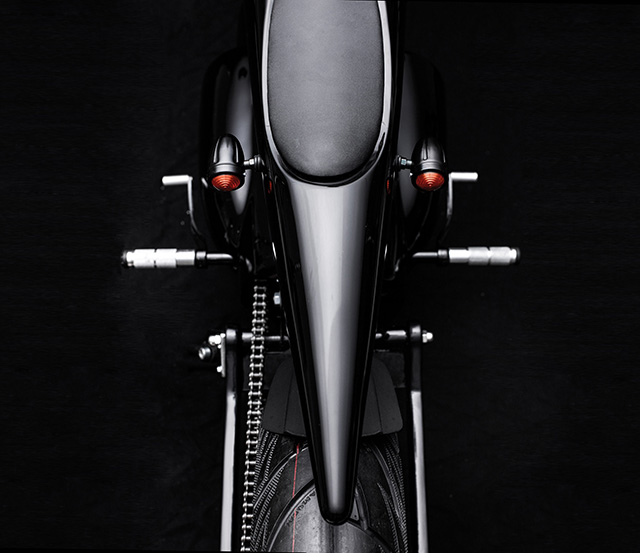 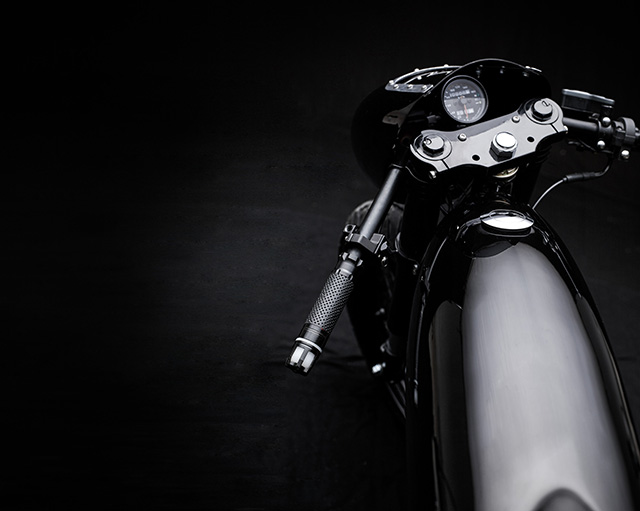 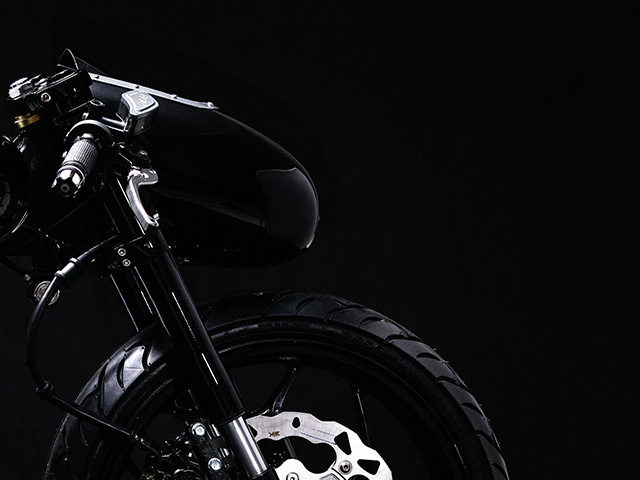 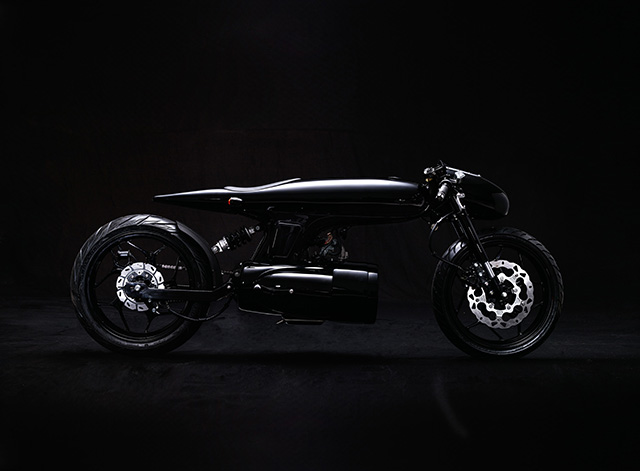 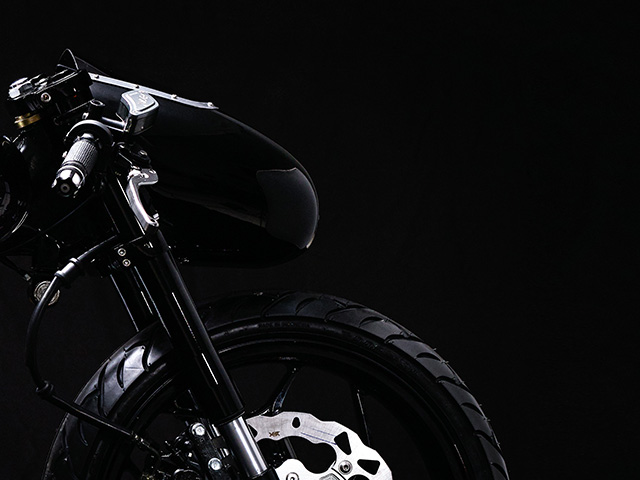 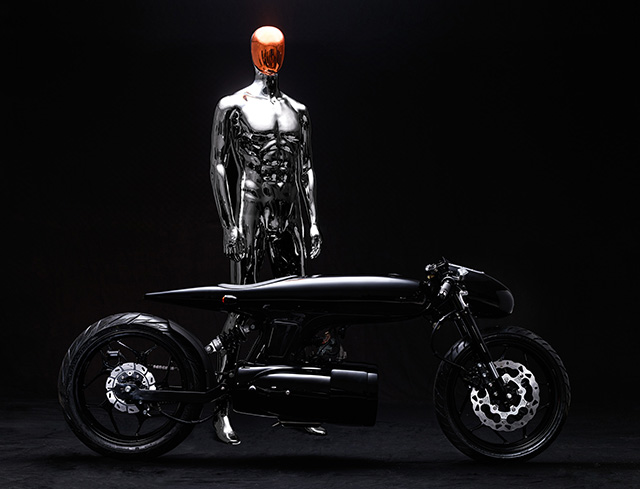