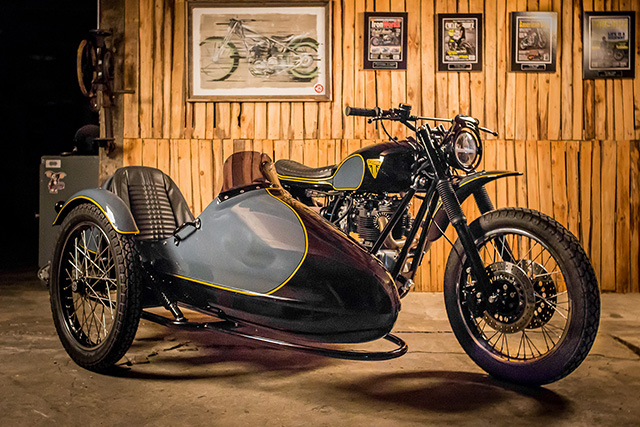 Existing today primarily as a novelty genre of sorts, sidecars are without a doubt one of, if not the most seldom-seen style of customs. Plenty of well seasoned shops have never ventured into the three-wheeled territory, and it’s not too hard to see why. The shift from a single-track vehicle to a machine of the three-wheeled variety fundamentally alters the performance and riding characteristics, plus the prospect of adding an extra third’s worth of work onto what would otherwise be a completed build is understandably less-than-inviting to a lot of builders. 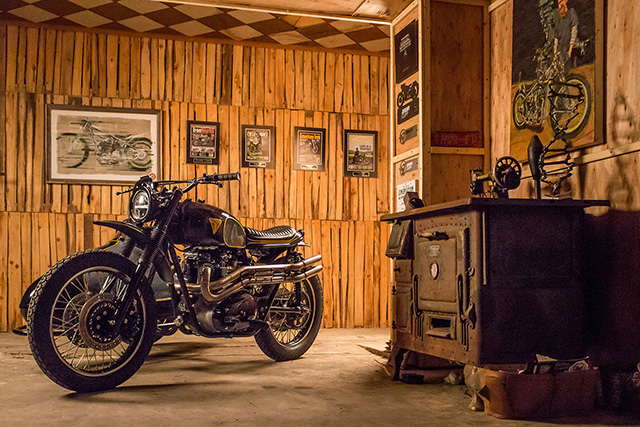 Despite running the shop for well-over-a-decade, Jeremy Cupp of LC Fabrications fell into the category of sidecar build virgin, though recently the side-hack stars would align for the Virgina-based builder, ultimately prompting LC’s inaugural sidecar.

“The project probably began eight-or-so-years-ago, a buddy of mine had the tub sitting in his front yard and for some reason I felt like I needed it. I swapped him for a unit Triumph frame and took her home. Over time as my shop got busier, the sidecar got buried under stacks of other more serious projects,” Jeremy tells us. And the so-called “tub” would have likely remained relegated to a dark corner of LC Fab’s facility had Jeremy not needed a utilitarian shop vehicle. While most people would have probably opted for a Sprinter van or something of that sort, Jeremy isn’t most people, and instead he decided what LC needed was a side-hack.

“Running your own manufacturing company means very few trips down the road that don’t require you to carry this or that here or there, and it was really cutting into my riding. So there it was, I’d just weld that sidecar to something to use as my shop truck, so to speak,” explains Jeremy. 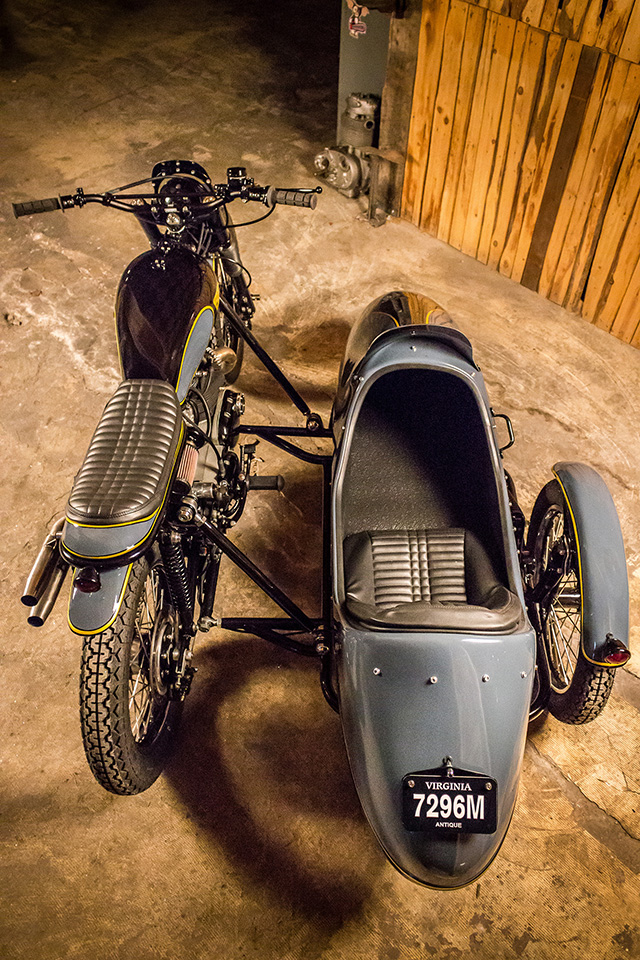 Cupp decided he’d marry the third wheel to a an oil-in-frame Triumph rolling chassis that he happened to have on hand. So, he made the necessary mounts, welded everything into place, and called it a day. As time went on, however, Jeremy started getting more and more ideas on how to improve his new three-wheeled shop truck.  “The final push to go ahead and finish the bike came early this Spring. I’m hoping to do a big no-holds-barred type of project…but needed to get this thing off my chest first,” relays Cupp. 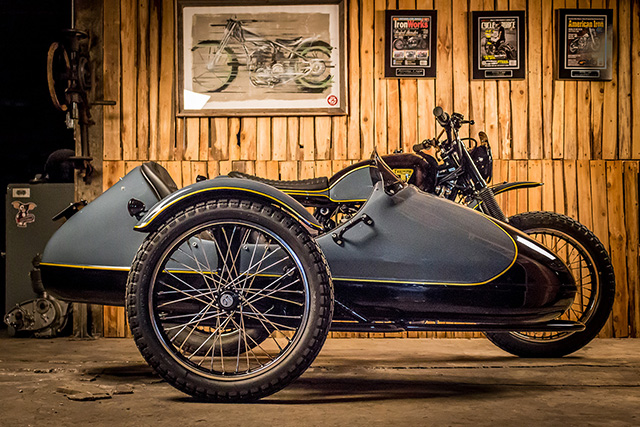 With a tentative deadline now in place, Jeremy focused his attention back on the Triumph. The first thing he did was lop off the bike’s factory subframe and replace it was a new hooped unit that narrows up the aft end of the scoot. Next the tank was moved forward by three-inches in order to open up space for a better mounting point for the sidecar. Jeremy also fabbed up a new seat-pan and cowl for the build, along with one-off fenders front and back. 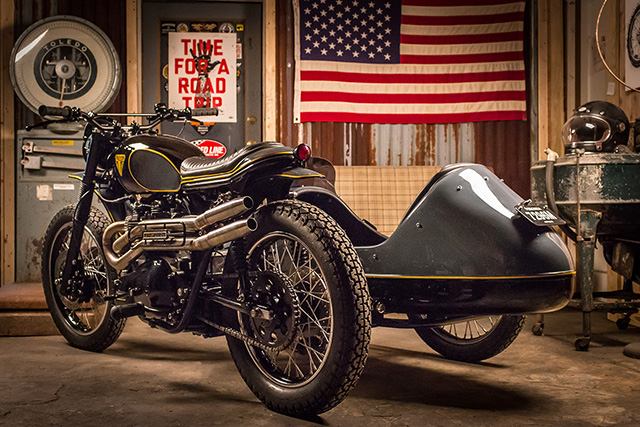 With the deadline looming, Cupp turned to outside help for the upholstery and seats on the bike and in the sidecar — a move that would mark the first time Cupp has out-sourced anything since LC Fab’s inception in 2006. “This was a tough call for me, but I had to get on to other projects, and I figured that since this bike will never see a competition style bike show, no harm done. Angie Dixon (of Gas Axe Girl) worked her Magic on the both seats, and I couldn’t be more pleased with how they turned out.,” says a self-critical Jeremy. 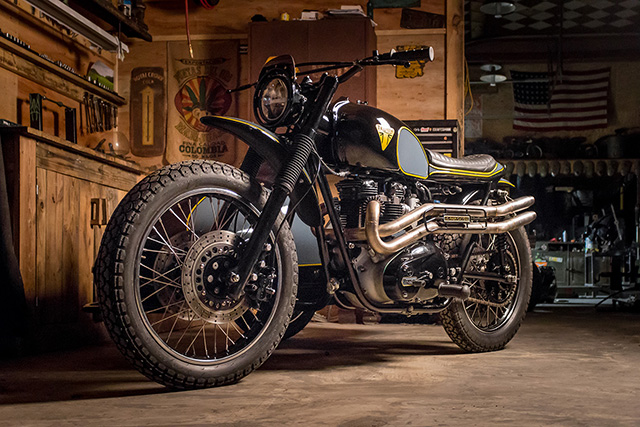 To help compensate for the sidecar’s added heft (and to shorten the trail), Jeremy bestowed the Triumph up with the dual-disc-toting front-end off of a Yamaha Maxim. The factory 19” wheel was laced to the front hub off a CB350 with Buchanan spokes, while in back the stock hoop has been swapped out for a disc brake Triumph rim. 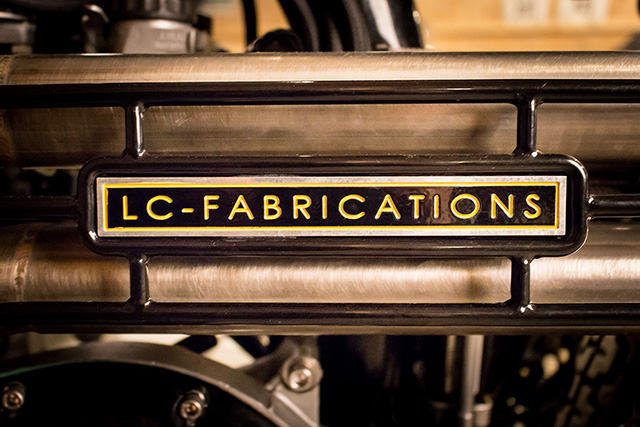 Just as Cupp was starting to see the light at the end of the tunnel, he was thrown a major curveball when a new powertrain popped up; a 750cc T140 five-speed Triumph engine that was selected for its extra displacement. “Finally with the new engine in, I was able to run  these stainless high pipes and an intake/airbox adapter that allowed me to fit up some K&N filters,” explains Cupp. 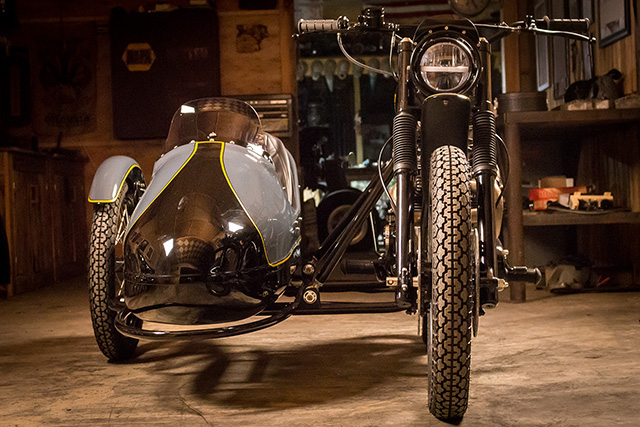 With the motorcycle pretty much all sorted, Jeremy shifted his attention to the sidecar. The hack was sporting Spirit Of America fiberglass bodywork with a “terribly crooked fender moulded to the body” which Jeremy simply couldn’t live with. 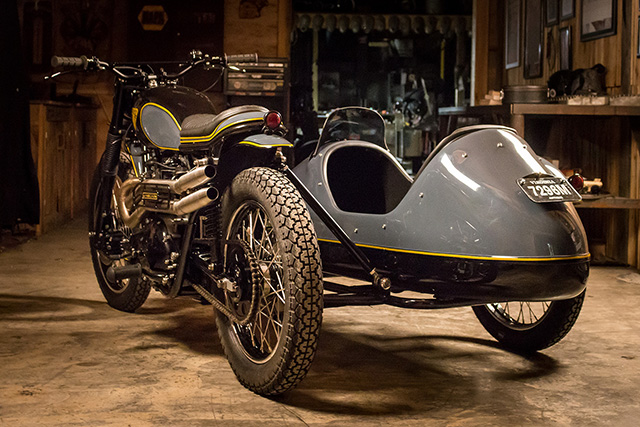 “What bugged me even more was that as the suspension moved, the wheel wasn’t centered in the radius of the fender. I solved these issues, however, by cutting the fender off of the body, and making a new one from steel fender which is now attached to the swing-arm and not the body,” relays Cupp. 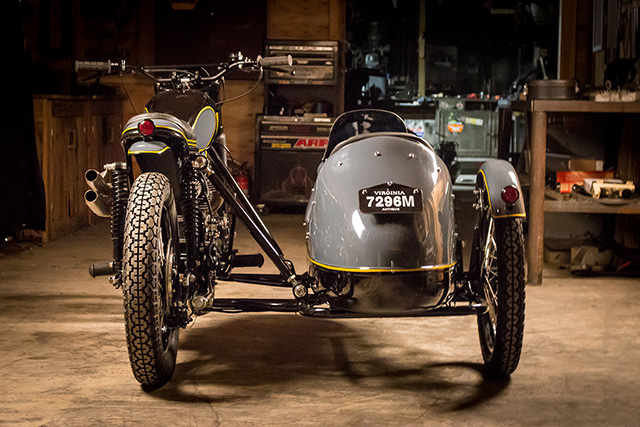 The final step was the paint — an aspect of the project that, like the build itself, somehow became markedly more complex than Cupp had originally planned on. “Because this was all supposed to be a quick, ugly, utilitarian sort of process, the original plan was to just give it a quick coat of black Paint and call it finished, until a buddy stopped in with his new helmet, sporting a black, gold and grey layout which I really liked,” says Jeremy. 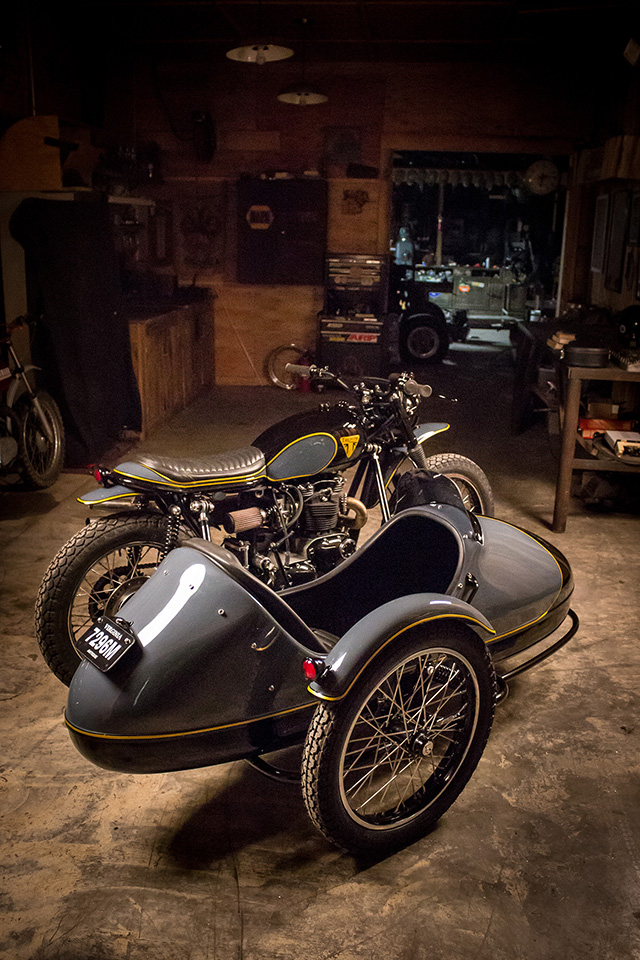 LC Fabrication just happened to be sitting on some black and gold paint, and for the gray, Jeremy sourced a Jeep hue, the three of which were collectively used to lay down the tri-wheeled Triumph’s one-off livery. The sidecar was also still missing its windshield, so a friend of Jeremy’s sent him a handful specimens, one of which he was able to modify and adapt to his side-hack. 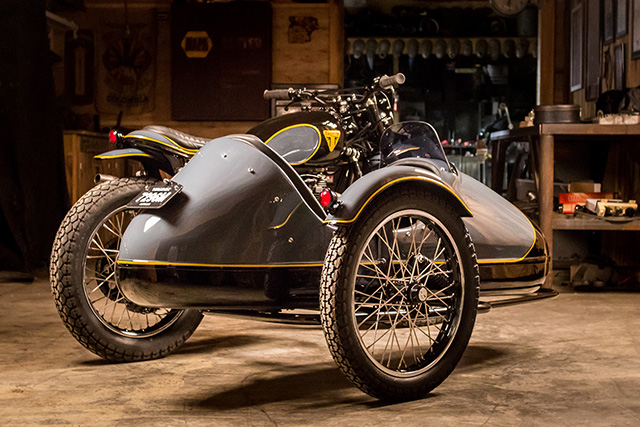 With the build complete, Jeremy took the thing out for a spin, not entirely knowing what to expect as he’d never piloted a sidecar. “The first ride was interesting. I’d read that a ballast is needed when not carrying a passenger. I told myself that that was just safety stuff and I took a spin around the block, and now I would like to inform you of this: If you’re not carrying a passenger, a Ballast is an absolute requirement! 100lbs of sand is now my sidecar sidekick,” says Jeremy. 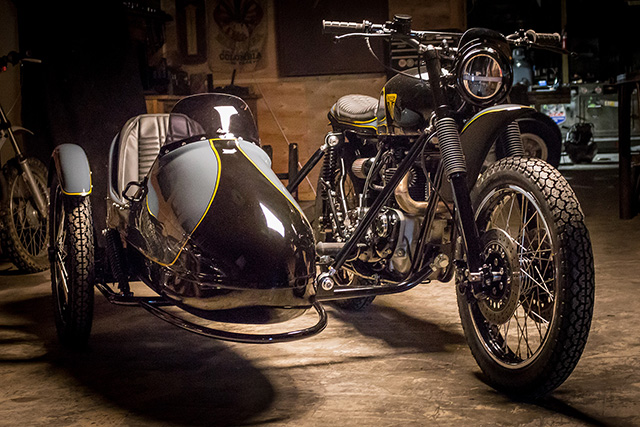