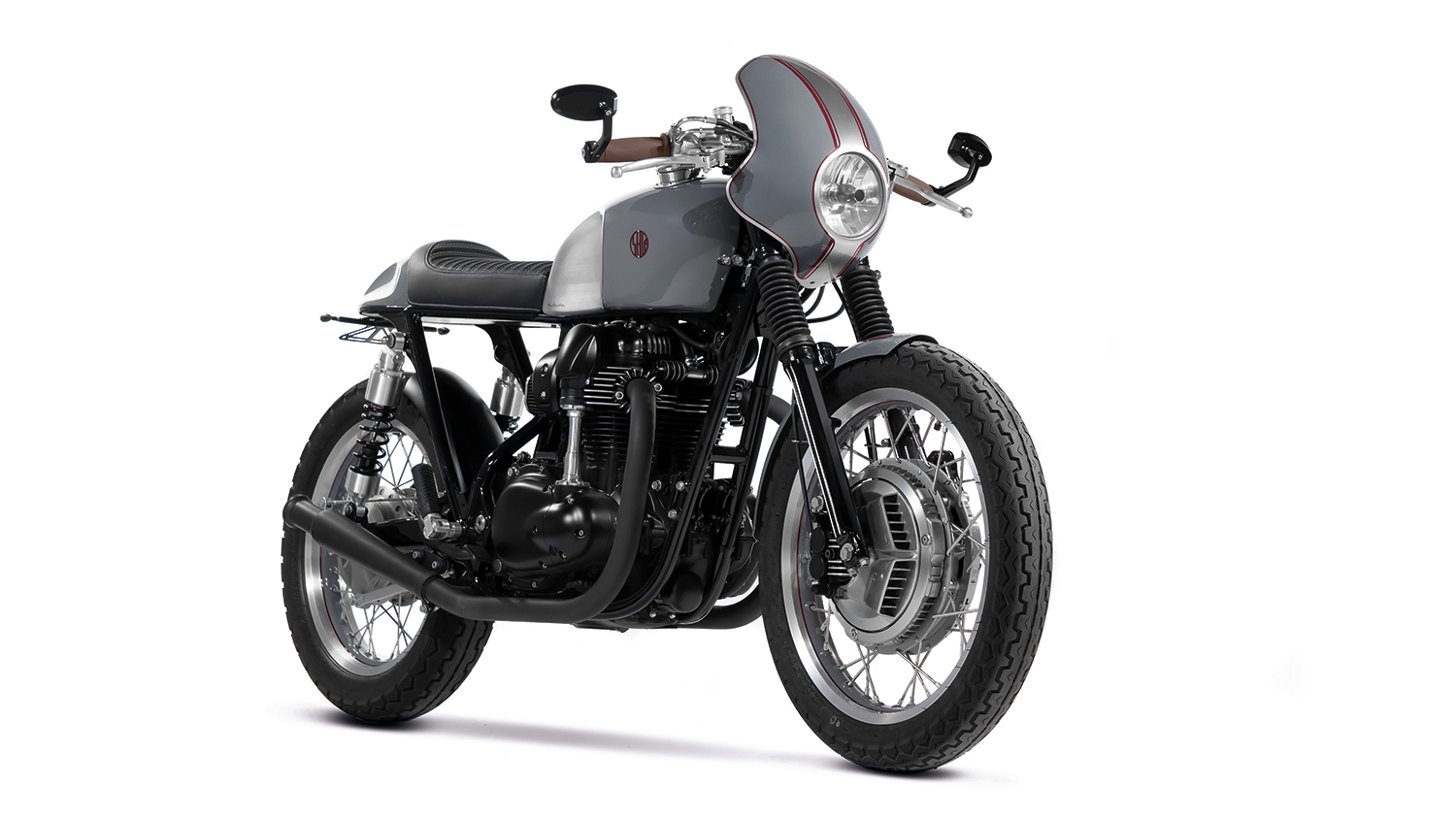 Seinfeld fans hear about a ‘journey from Milan’ and instantly recall George’s obsession with an erotic movie from his local video store, Rochelle Rochelle. But it’s always been the Tom Cruise, high flying, hard riding flick from the ’80s that always got the owner of this fine machine going. So while this bike is known as Maverick, both journey’s end in the city of Minsk, the home of Shif Custom. Here the Belarusian team of award-winning engineers and racers churn out an incredible array of show bikes and crazy customs. So as utterly stunning as this street ridden Kawasaki W800 is, it was but a walk in the park for Yuri and his crew of top guns.

Founded in 2002, it wasn’t long before Yuri Shif and his team were winning awards at the big shows and having their bikes featured on magazine covers. With eight employees, their range of skills covers every area of bike building and allows them to tackle everything in house. The last time we caught up with the madmen from Minsk their handbuilt boardtracker bike known as ‘Ducky’ was dominating the Euro scene and took out the continents Biker Build-Off in 2015. A feat they followed up the following year when taking out the Italian Championship of bike building.

But when they’re not creating trophy winners, or mad twin engined-supercharged motorcycles, there are plenty of customers who just want a custom bike for the street. And this Kawasaki is what they consider an “easy” build, completed in just over a month for a client who’s love of the flyboy lifestyle called for a bike that would fit in Maverick’s garage if he hadn’t of been on that Kawasaki GPZ. Wanting to stay with the brand but go for a cafe racer vibe, the W800 with its twin-cylinder engine and classic British bike looks was the perfect choice.

Despite the donor bike rolling into the workshop in good condition and sporting low miles, it was still stripped right back for the team to attack. The first port of call was to cut off the rear frame, do away with the big fender and then square the back off with a new piece of steel. With this done and the rest of the frame smoothed out and detabbed it could be recoated in gloss black. Between the rear frame rails a piece of metal plate forms the electrics tray that stays out of sight. Over the top the bodywork is simply stunning, the cafe style tail unit featuring twin brake lights frenched in and scalloped sides.

The seat base was fabricated to match, before being generously padded to provide the right shape and a comfy ride. Then it was out with the high-grade leather and the paint matching stitch work gives a premium look. Moving forward and the fuel tank didn’t escape the hammer, being beautifully beaten and moulded to give it stunning curves. From the perfectly matched knee dents to the offset Monza filler, every aspect is flawless. The front cowl has become a signature look from Shif, giving the bike a masked face to project down the road. With the front fender then hand rolled to match the gorgeous lines.

Rather than simply retain the fender mount, a fork brace fills the slot and this is just the start of the handling upgrades. The rebuilt front forks feature new inserts, get air-assist and then have the exposed stanchions covered with blacked out sleeves and gaiters. But it’s what hangs from their axle that really captures the eye, the disc inside a front drum brake setup has all the glorious looks of a vintage race bike but with modern stopping power. The hub then laced with stainless spokes to a lightweight rim, the process repeated at the rear with the stock hub polished up a treat.

With the high mount rear chrome fender from the factory long removed, a clever and discreet hugger floats over the classic rubber. With the suspension brought up to scratch thanks to progressively sprung YSS shocks, that are then shielded by machined covers top and bottom. It’s a level of class the W was always lacking from the factory and that’s only amplified by the fit for a fighter pilot paint job. The contrast of colour and polished metal set off with deep red pinstriping that not only matches the brake lights in hue but with the polished metal carried over to the switchgear, brake reservoir and other components just adds to the cleanness of the look.

To ensure this is left undisturbed, only the bare minimum of parts goes back on to the bike. The indicators are tiny and integrated into the number plate bracket. While the polished metal clip-ons wear classic brown grips and stylish bar-end mirrors. The smooth torquey twin doesn’t miss out either, a pair of pod filters feed the thumping beast, before the gases exit via twin ceramic coated pipes that rumble with cocktail shaker mufflers.

Very nonchalant Yuri tells us, “There were no difficulties in building this project, everything was going to be easy.” The sort of reaction you get from a Top Gun after a life and death dog fight, only for the crew at Shif Custom it’s building incredible bikes that they do without barely raising a sweat.