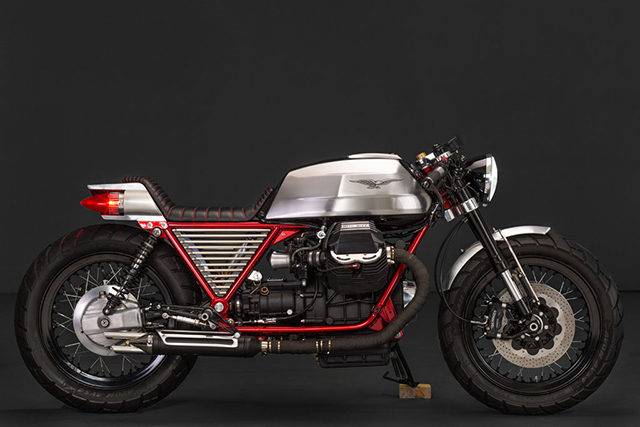 By far one of the most significant decades in American automotive history, the 1950s gave rise to some of the most iconic vehicle designs ever created. With stylistic elements reflecting the public’s fascination for the emerging Space Age, streamlined forms, pronounced fins, and other rocket-inspired visual themes on cars became symbols of quintessential midcentury Americana. 1959 Cadillacs like the Eldorado and De Ville are archetypal examples of designs from this era, sporting curved glasswork, chromed accents, fins even more dramatic than their predecessor’s, and distinctive “jet pod” tail lights.

And it’s those tail lights that became the entire basis for this one-off Moto Guzzi, dubbed “La Monica”, from France’s Dirty Seven Garage. Starting with a 1981 Le Mans III, the Toulouse-based shop fully rebuilt the 844cc longitudinally-mounted V-Twin with a 1,000cc kit. The electronics were then overhauled via an Electrosport regulator/rectifier, Dynatek Dyna 3 electronic ignition, and new custom wiring throughout. 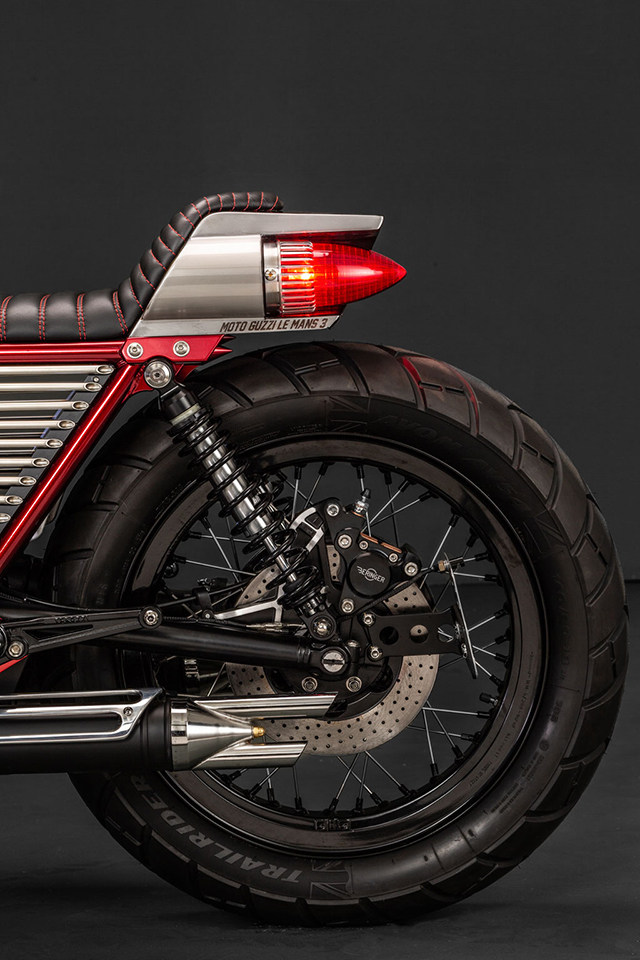 Next, the “square-head” twin received matte black paint with polished fins and custom aluminum valve cover guards, velocity stacks, and generator cover. The 36mm Dello’Orto carbs also got a coat of black in an effort to keep the mechanical bits more uniform. The tank and tail’s sides were brushed and a black stripe was laid down across the top before both were sealed in a polyurethane varnish. Contrasting the black paint and bare metal is the frame’s coat of candy red enamel. 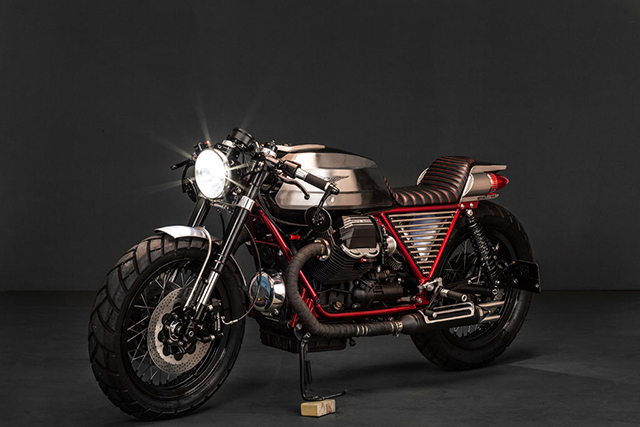 The running gear on the first-year Guzzi was updated with modern componentry. Up front, slotted in custom triples, there’s a modified inverted fork off a Z1000, while out back dual Bitubo shocks are paired with a swing-arm that’s been altered to accommodate a wider tire. Stopping power now comes from top-shelf Beringer hardware linked to dual front 300mm discs (and a single 265mm rear) via braided lines and steel connectors. La Monica also gets a hydraulic clutch conversion. 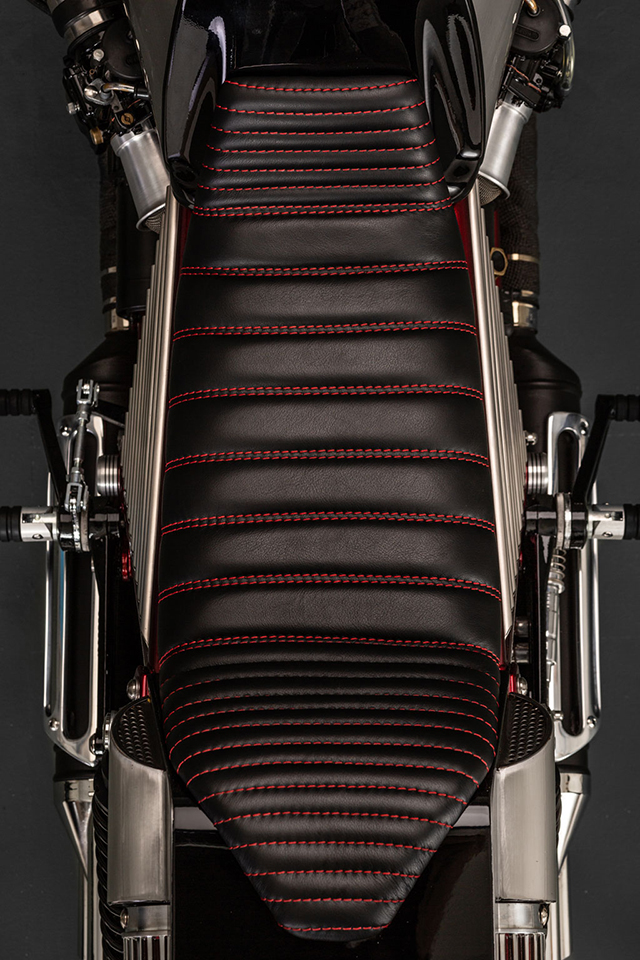 The build’s pièce de résistance is undoubtedly its custom tail section, a steel unit housing a set of replica ’59 Cadillac taillights complete with chromed bezels. Draped over the one-off tail is a thin black leather seat with red ribbed stitching from fellow Toulouse-based outfit, Skinass Kustom Leather. Under the new upholstery is a pair of custom side-covers, each comprised of a dozen slash-cut stainless steel tubes, mimicking the ornate taillight bezels.

“The whole design of the bike was based on these lights,” explains the Dirty Seven crew. “We tried to marry Italian class with a spirit of vintage American cars and vintage cafe racer spirit.” 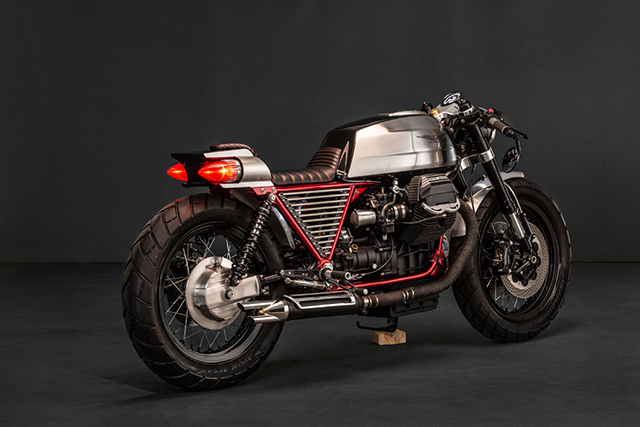 Another unique aspect of the “Guzzillac” is its exhaust, which reportedly features Ratier replica silencers decorated in custom chromed heat guards. The stock cockpit is no more, having been swapped out for an 80mm Daytona speedo, and Gilles Tooling bars with Rizoma-style grips, CB750 switchgear, bar-end mirrors, and Kellermann bar-end signals. Other details include custom steel fenders held in one-off supports, 18” Borrani wheels with stainless spokes, a custom 175mm headlight, Tomaselli foot controls, one-off license-plate holder, acid-etched Moto Guzzi eagle logos on the tank, and a myriad of minor chromed and CNC’d odds and ends. 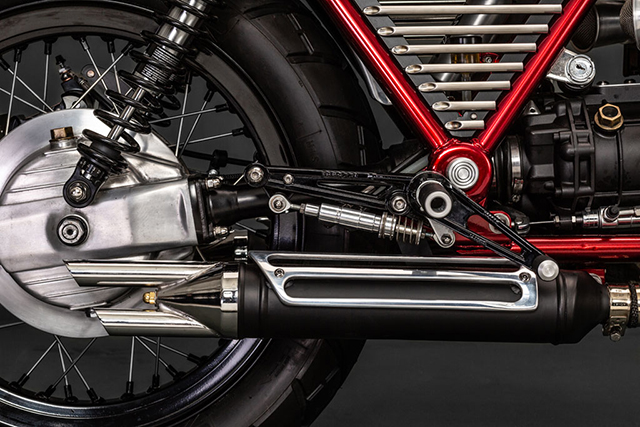 Aside from the one-off triples and seat, all of the work on La Monica was done in-house by Dirty Seven. Overall the build’s transformation is damn impressive, and details like the hand-polished stainless screws used throughout really demonstrate and drive home how much every inch of the build’s been calculated and pored over. And it all started with just a taillight.

If you like what you see, the shop is currently seeking a new home for La Monica, too. You can find out more here. 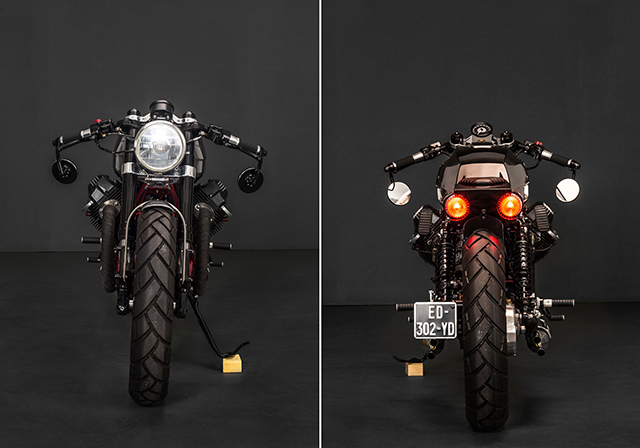 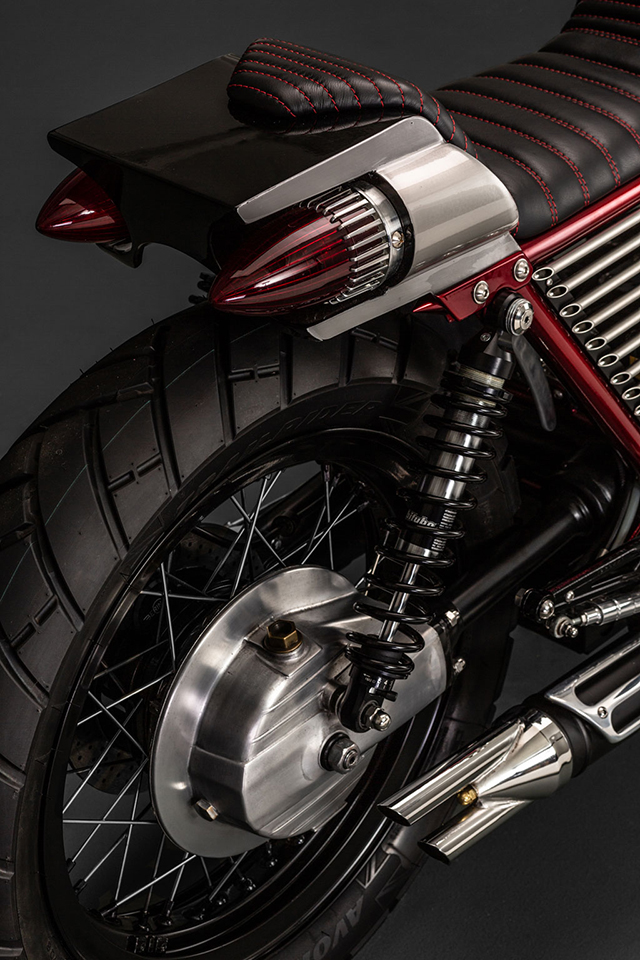 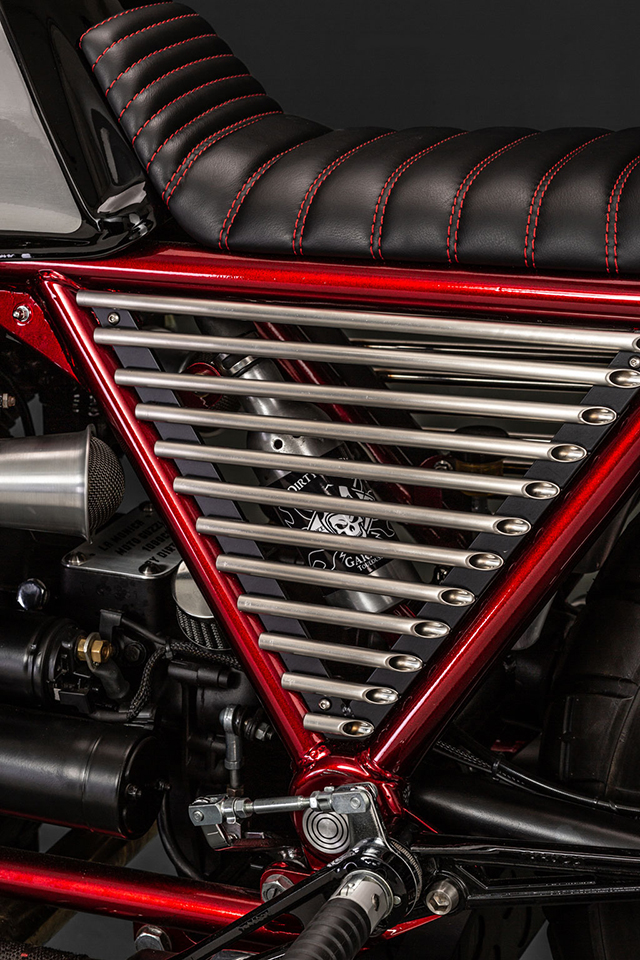 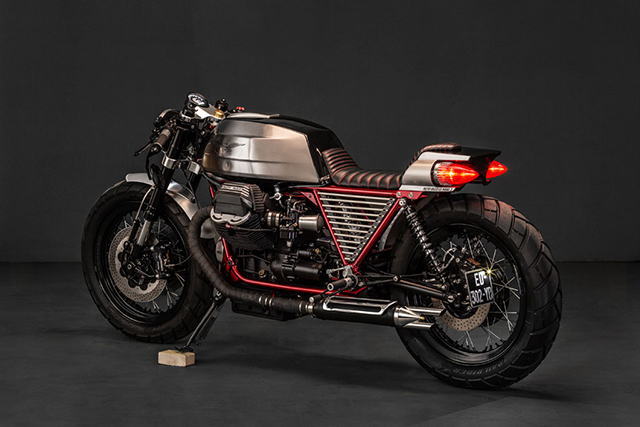 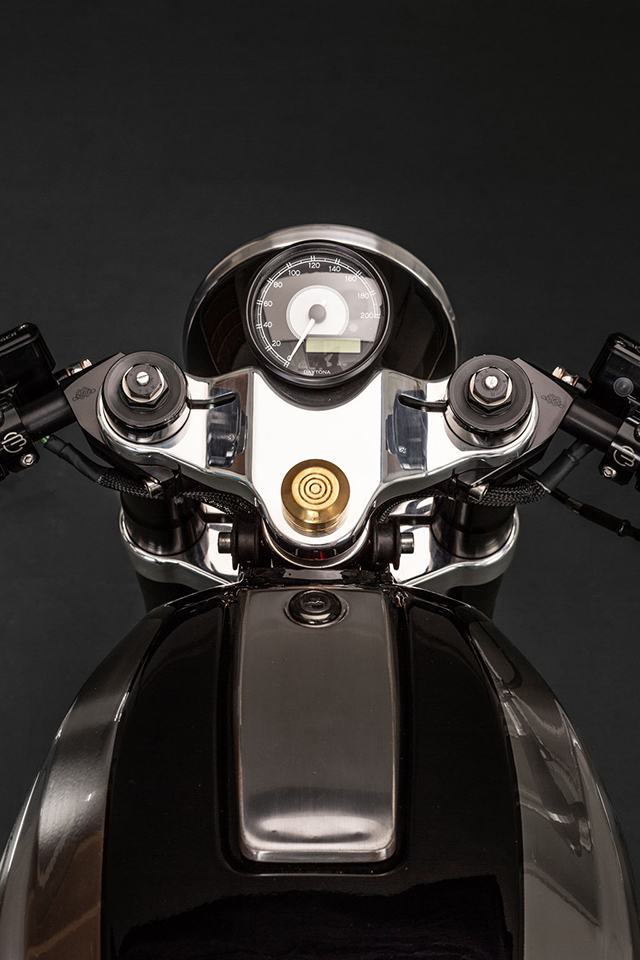 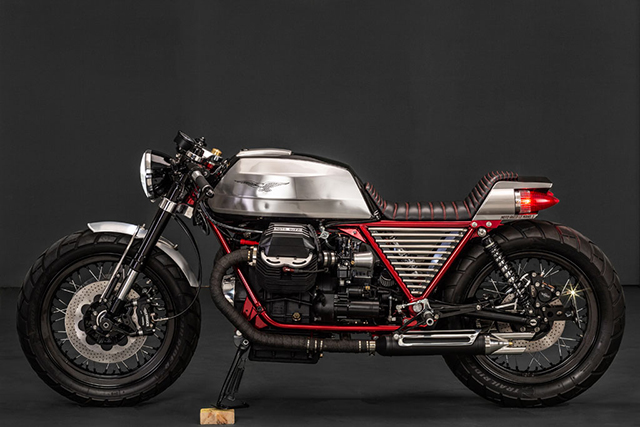