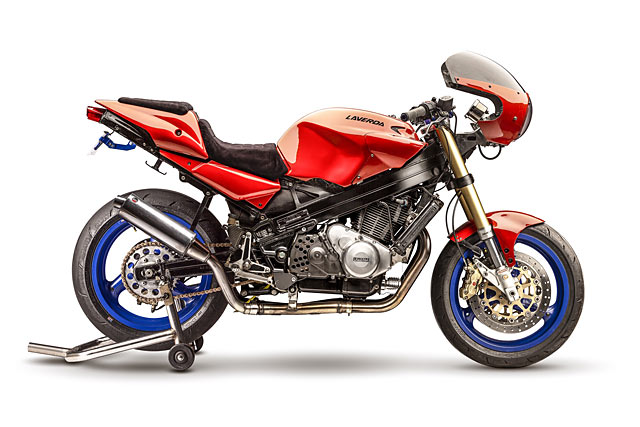 I won’t lie. The first thing I did for this story was hit up the Google oracle and ask the god of the internet, “What the hell is a Laverda Ghost Strike 668?” An esoteric model, even amongst its quaint Italian brethren, the bike was seemingly named after a Steven Seagal movie. And just like the movie itself, its yellow and black plastic looks have probably not aged as well as they could have. But what if a customiser embraced all that plastic and 90’s posturing and added a little love and affection into the mix. Funnily enough, that’s exactly what North Carolina’s 2topia has gone and done. Here’s the results… 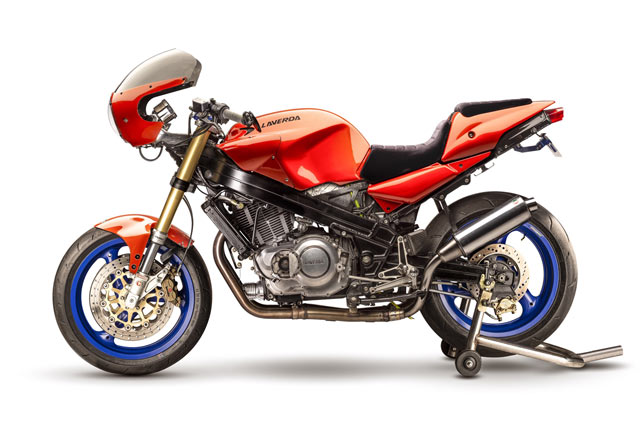 The shop’s Nate Hamlin spoke to us about all this lunacy. “Our shop is called 2Topia Cycles and is located in the historic gold district of Charlotte, North Carolina. We specialize in the maintenance and repair of vintage and late-model European bikes. We also provide performance upgrades, engine building and dyno tuning services. And every so often, we do some restoration and a few other projects to keep our skills keen.” 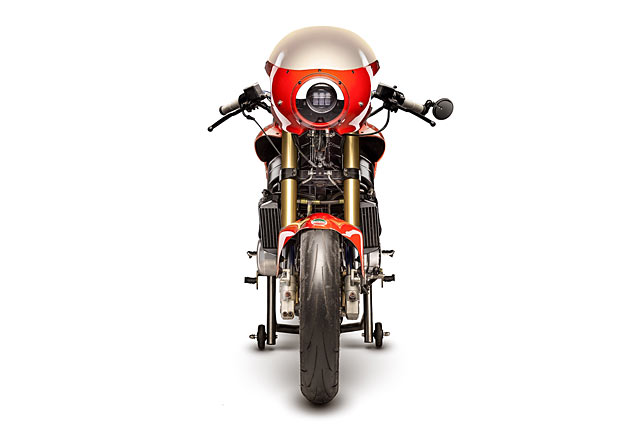 Sure, but what the hell kind of bike is it? “I call it ‘Paddock Style,’ smiles Nate. “It’s a combination of factory lines and hand-built modifications like you might see at your local club racing event. We build them so the customer can do just that if they wish.” Track days with a touch of Bōsōzoku? Now you’re talking. 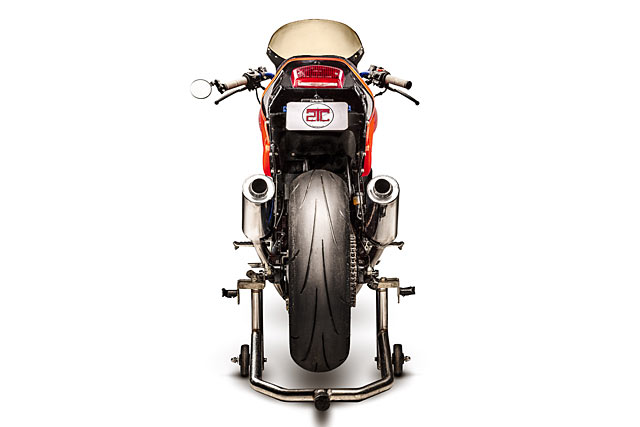 “More specifically, it’s a 1998 ‘Zane’ Laverda Ghost Strike 668. We call it the ‘Alpino R’ as the Zane Laverda engines were based on the Breganze Alpino models. We found it in Greenbay, Wisconsin on Craigslist in all its Plasti Dipped glory.” Now you may call us crazy, but no amount of cool Italian names like ‘Alpino’ and ‘Laverda’ is going to save a biked dipped in rubber. Not even a little bit.

“Basically, the inspiration was to make the bike that the Zane factory should have produced to entice actual Laverda customers. The bikes are obviously not without their problems, but they were fantastic in comparison to the bikes of the day. If the Laverda faithful had bought into the idea and Piaggio had not scrapped them like an old rug, who knows what great bikes could have been?”

[superquote]“Basically, the inspiration was to make a bike that the Zane factory should have produced to entice actual Laverda customers.”[/superquote] 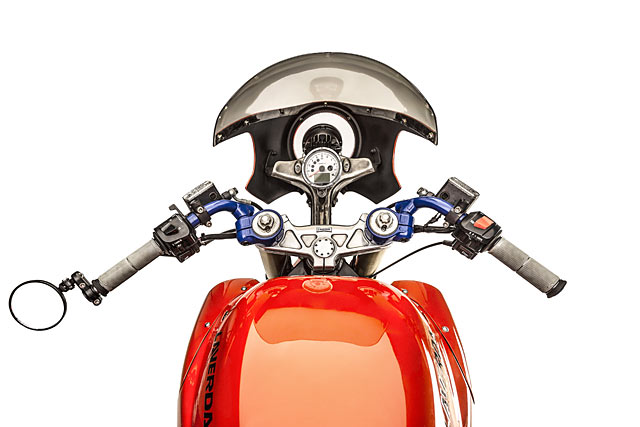 The bike was a very low-mileage unit (with a mere 6,000 kilometers under her belt. It had been beaten, poked and left for dead. “We took it apart right down to the frame. Then we freshened all the components, cleaned everything up and took a look at what we had. I wanted the old-style fairing to connect it to the vintage SF2, so I cut down a Ducati 1098 Magnesium stay and grafted it all in. I then gave the head a light port match, cut the exhaust down to a more modern-looking length, and opened up the restrictive airbox.” 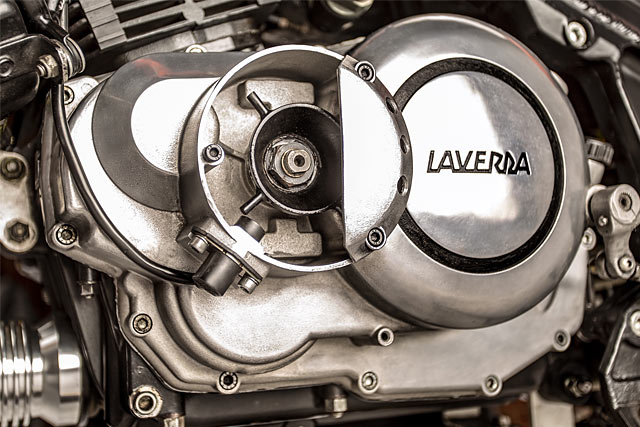 Rounding out the deal with some slick body mods, the bike was sent to 2topia’s awesome paint guy, Greg Pettigrew, for some House of Colors orange. “We then powdered the wheels in electric blue and mounted some Tarozzi clip-ons. I relocated the key to the left side and cut down the top triple, finishing it off with a polish. We also stripped the side covers and polished them to look a little more vintage.”

“2topia is a very small, very busy shop so time and money were the limiting factors here. We build bikes for ourselves and then sell them to people who appreciate them for what they are. It’s not the other way around, where a customer comes with a vision and a checkbook. Because of this we have to make the time and free up money to build them. But again, it is important to us as a shop so we can continue to learn new things and keep our passion ever-changing and evolving.” 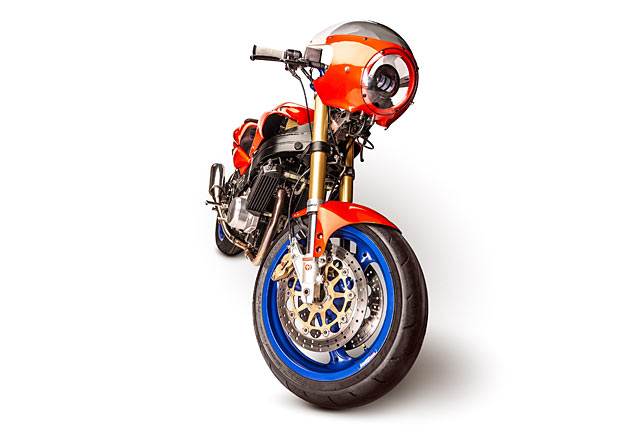 And what does Nate remember most favourably about the project? “One is that it’s an absolute blast to ride! It is comfortable, loud, fast and it handles as well as any modern bike. Second is how we were able to correct most of the bugs these bikes had; it actually makes ownership enjoyable. Most of all though is that it gets folks talking about a really great bike that’s probably not received the limelight they deserve.”