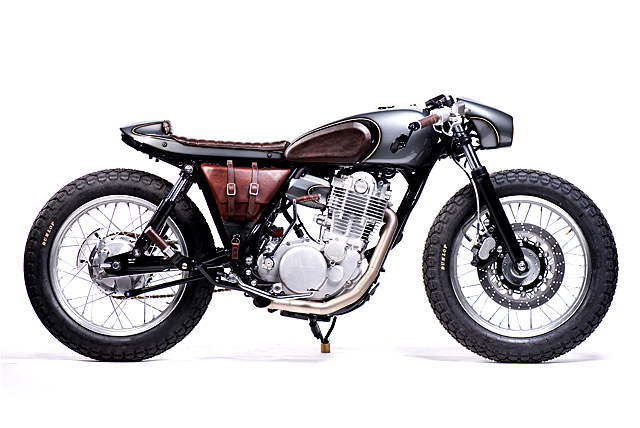 The Snipe. A well camouflaged but otherwise nondescript bird that is native to the old world. But for such a seemingly average little fellow, it has sure inspired a hell of a lot of things to be named in its honour. The dictionary defines a ‘snipe’ as the act of ‘making a sly or petty verbal attack.’ That act is named after the military tactic of ‘sniping’, or shooting at the enemy over a long distance. This in turn took its name from the difficulties involved in hunting the bird with a rifle as its flight patterns are erratic, making it almost impossible to hit ‘on the wing’. But most importantly to this story, the bird also gave its name to the Sopwith Snipe, the replacement aircraft to the now famous Camel. And while it’s service began only a few short weeks before the end of WWI, it was renown for its rate of climb and manoeuvrability. Now fast forward to South Eastern England in 2016, where two likely lads with a fascination for old British aircraft have decided to build themselves a custom motorcycle… “Our last thumper was the ‘Osprey’ which was based on a Suzuki GN400,” says Old Empire’s Alec. It proved quite the hit with the British public and off the back of that particular build, the boys had an enquiry about building something similar but unique in its own right. They decided, as they have done with other builds, to start with a new donor motorcycle so they could focus on improving the aesthetics and upgrading the components rather than restoring worn, broken or just plain skanky bits. Nowadays, the SRs are the only real big, air-cooled singles that builders can get new. And with the experience the boys had working with older SRs, they knew their way around it. To get all important ‘stance’ sorted, the forks were shaved and lowered by an aggressive 3 inches – an act which also necessitated modding the yokes. “They were our first set of 3D-machined upper and lower yokes, and they were created specifically for this project with a 1″ offset to keep the fork travel sensible and to help us get that line.” After looking around for suitable bars and coming up unimpressed, they sketched up some custom examples. The final product is made in three parts; they are fully adjustable and are screwed into position then locked off; an idea intended to imitate the ‘sleeved and brazed’ bars of old. “To set them off we couldn’t just use any old switch gear, and again after looking around and seeing some really nice, functional and aesthetically pleasing pieces of engineering, none would really suit. The idea behind these mark 1 versions is a blend of the shapely old Japanese switch gear with newer push-button functionality. “I’m all for minimalism,’ says Alec. “If we can get away with no switches at all, then that is probably the best option. However, if the bike is intended to be a daily rider, then we’ve learnt to make them as useful and usable as we can.” With help from their mate Willy, some foam models were shaped for the front cowling, rear section, and tank. It was soon realised that the new tank’s design almost exactly replicated the profile of the original tank, just shifted forward and lower. “So we took the original tank, scalloped it and moved it to suit the lines, and then a new aluminium version was slowly wheeled, hammered and welded into shape.” The front cowling took inspiration from classic aviation and automobile designs that recessed a vinyl-covered dash above a smoked visor. The dash houses all the warning lights, a mini speedo and a tacho. The headlight is a simple Bates unit, while the rear cowling is made to be removed, revealing a small pillion seat. “The seat’s design came from the idea that we wanted something slim, but with a gap down the middle under which we’d mount the electrics.” The fuel tank also benefited from all the internals being moved, as it was a lot easier to fit it properly. Then one of Old Empire’s custom-made fuel caps was added into the mix. Nearby, a simple aluminium cover hides the injection unsightlies and the ignition switch has been relocated in another vinyl-covered panel under the airbox. The only work done on the frame was to carefully remove the rear rails at a specific point. Then aluminium extensions that integrate the rear LED lights were machined and slotted into place.“The effect is really minimal, but you can see the lights a mile off!” Road-worthy legalities were taken care of in the form of small Motogadget indicators mounted front and back alongside a rolled black and silver tin number plate mounted low and tight. The Tyres were changed to a more aggressive (but still quite classic) pair of Dunlop K70s. “At the back-end we run a smart-looking set of Ketch Bullet shocks. Usually reserved for bigger twins, a little tinkering and tweaking got them working for the lighter SR and allowed a visual match with the front forks, too. A simple stainless exhaust was order of the day. “It’s short, it’s loud and it took quite some work to get the bike to perform properly and sound decent – but with the right baffles, we got there in the end.” Then all the unnecessary intake and exhaust gizmos and gadgets were duly removed and the ignition was upgraded with a Power Commander unit. The airbox was then drilled and the intake ducting was removed to free up space and improve airflow. The air box and electrical covers were ditched and then machined wooden formers were used to press and mould the satchel’s leather side panels. “We are well-known for our leather work, and the Snipe deserved some nice touches; so our machined and laser cut leather grips, pegs, kick starter and foam-moulded knee pads all got some attention, as did the seat which is specially prepared and hand-dyed to get just the right colour.” The final piece of the puzzle was the coatings. A lovely drop of Jaguar E-type grey was gilded with gold pinstriping and some airbrushed shading ties everything together perfectly. Other neat little details include machined and finned brake calipers, a custom Harrison floating brake disc, upgraded rear sprockets and chain, an oil temperature filler cap and some very nice K-tech brake and clutch levers. All up, you’d have to admit it’s one very original Snipe. We can only hope that this particular example chooses to migrate close-by us this summer. Anyone got some bird seed?