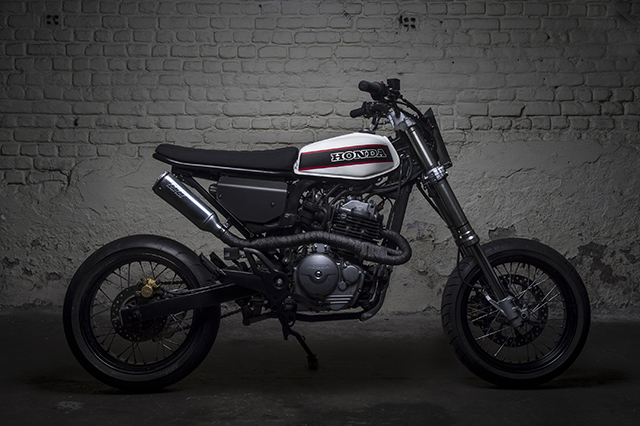 The big single. The thumper. No matter how you refer to it, the large displacement single cylinder motor has been putting smiles on motorcyclists’ faces since the dawn of motorcycledom. The simplicity of the mechanics, the ease of working with one and (of course) the noise they make all add to the benefits of using a thumper bike in a custom build. Toma Customs, based in Brussels, has shown the quality of build that is possible when the right workshop has the right cycle on the bench. Utilising the Honda FMX650, Thomas Jeukens and the Toma’s crew have taken the plastic-wrapped Super Motard and released the urban tracker hidden inside. 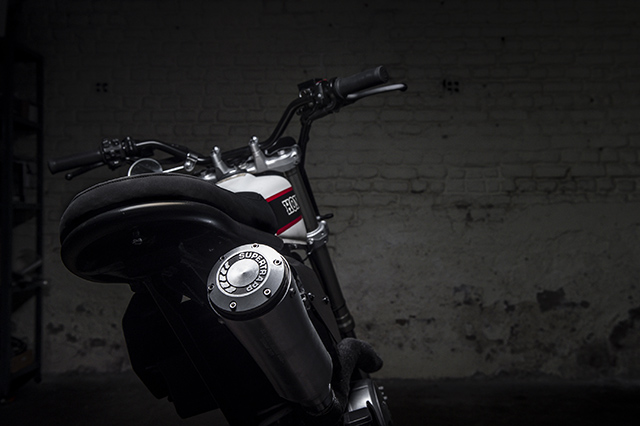 This is the second build that Toma Customs has carried out for this customer, the last build being a smaller Honda engine. The brief for this bike was a “view to a minimalist build, a sober and neat project, for road/city use.” After a long discussion over coffee, it was decided that the donor bike for the build would be the Honda FMX650. Relatively easy to find on the second-hand market and factory-fitted with inverted forks and 17” wheels, the VMX was a great platform to start the build with. One idea that was put forward at the initial build brainstorm was that the bike would be built as an urban version of the Super Hooligan motorcycle style. 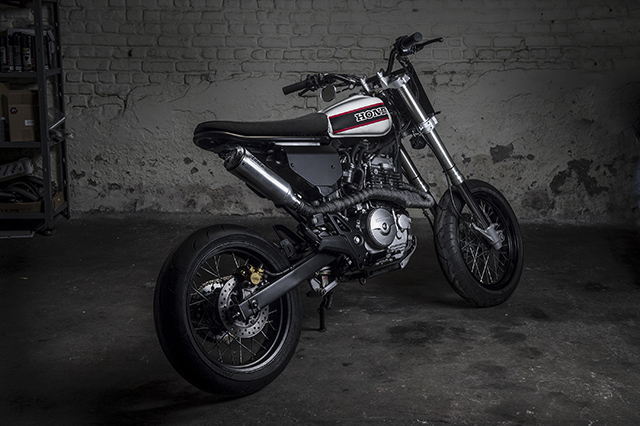 With the Super Motard delivered to the Toma workshop, the whole lot was stripped back to the frame, engine and wheels. Luckily, the customer’s office was nearby, so it was possible for him to be an active part of the build, ensuring he knew of every stage of the build. This is something Toma Customs takes pride in, with Thomas telling us: “We love this kind of project, and our relationship with the customer, to take their ideas into account to achieve their dream motorcycle.” Thomas Jeukens should know about following dreams: two years ago he chucked in his job as a strategy manager at a big consulting firm to fully live his passion of transforming and customising motorcycles. 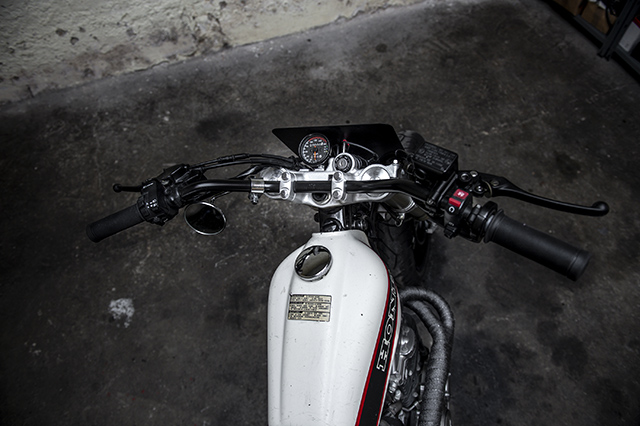 Back in the shop, the factory fairings of the FMX didn’t fall in with the aesthetic of the build, so the team played with the lines of the bike. Gone is the factory fuel tank – a smaller fuel tank is in its place with a matte varnish coat to make the bike “look a little more aggressive”. At the rear of the bike, the hoop has been cut and shut, with an Alcantara trimmed seat now mounted up. Bespoke side covers now adorn the frame, with the electrical components hidden up under the seat in a box specially fabricated for this build. 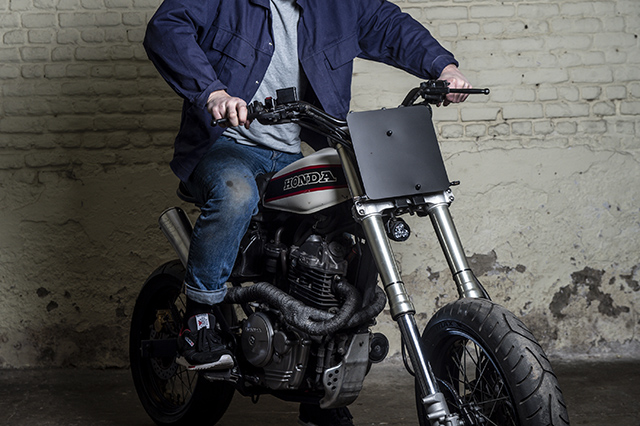 To give it a more dirt tracker stance, a different set of handlebars have been fitted to go with the flow of the smaller fuel tank and Alcantara seat. The original fairing was ditched, replaced with an aluminium endurance plate, and the bike is fitted with an LED headlight, plus some new LED indicators, and a new speedo to replace the clunky factory unit. Quite a bit of what came off when the bike was originally stripped didn’t go back on, resulting in a slimmer, lighter bike to carve up the Belgian streets. From plastic pig to lean, mean machine, Tomas Customs have built a bike which showcases just how much fun a big single cylinder bike can be. 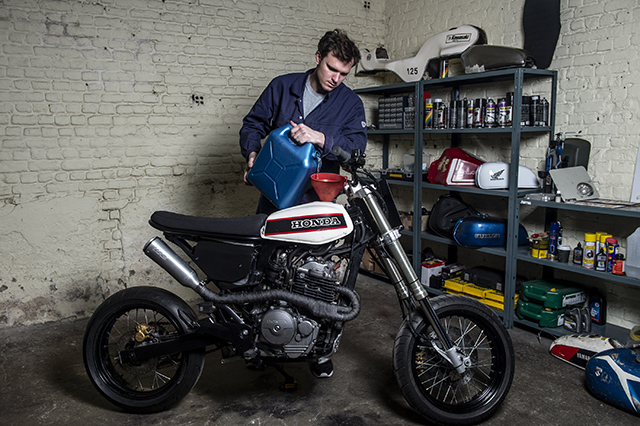