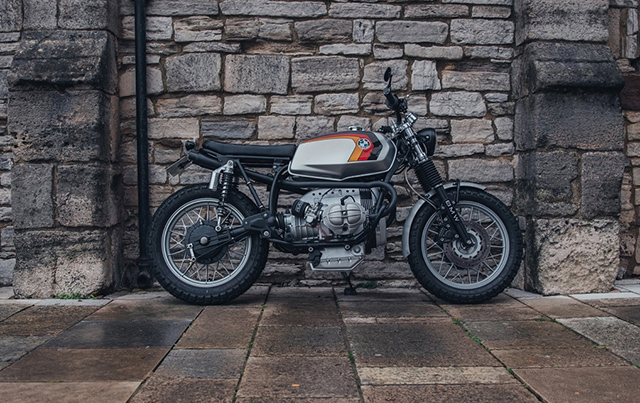 As the old saying goes, ‘practice makes perfect’, and with more than 30 one-off BMW builds to its name, the UK’s Side Rock Cycles, let’ just say; knows a thing or two about churning out custom airheads. Based on the southern coast of England in Bournemouth, Side Rock is headed up by Pete Hodson, who’s career in the motorcycle and automotive world spans over four decades and includes a plethora of competition experience. 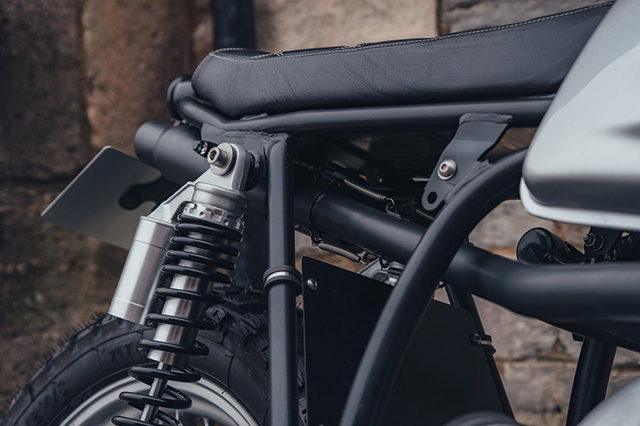 “I know how a bike should work and that’s reflected in the design and execution of our builds,” Pete says bluntly.

Though it has a trio of projects currently underway, one of Side Rock’s latest completed efforts is this street scrambler based on a 1982 BMW R45, which was the smallest boxer twin offered by the Bavarian brand. When Pete and the gang first got the Beemer up on the bench, it had already been converted to a 650, though the client who commissioned the bike was still yearning for more power. 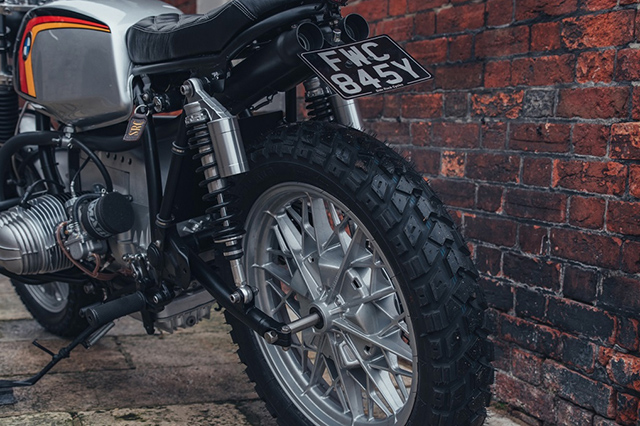 “So, the motor and transmission were torn down for refurbishment and upgrades and a Siebenrock 860cc power kit was installed with higher compression, lightweight, short skirt pistons, and new lightweight Nikasil-lined cylinders,” Pete tells us. 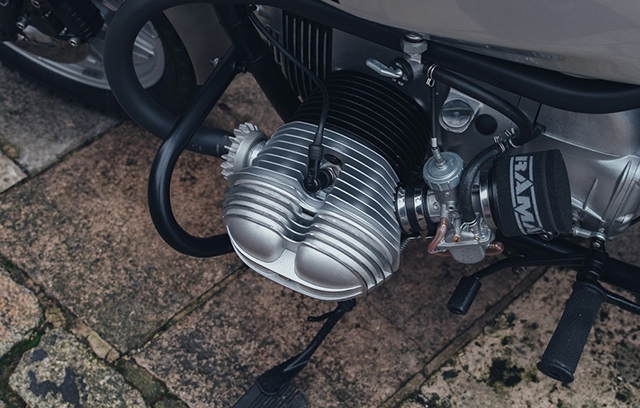 The stock Bing carbs were binned in favor of larger 34mm Mikuni’s paired with high-flow Ram-Air filters. To cope with roughly 30% boost in oomph, the clutch was beefed up via a heavy-duty spring and plate, the transmission was gifted with all new bearings and seals, and a higher ratio was used for the fifth gear, resulting in lower RPM’s while cruising at freeway speed. 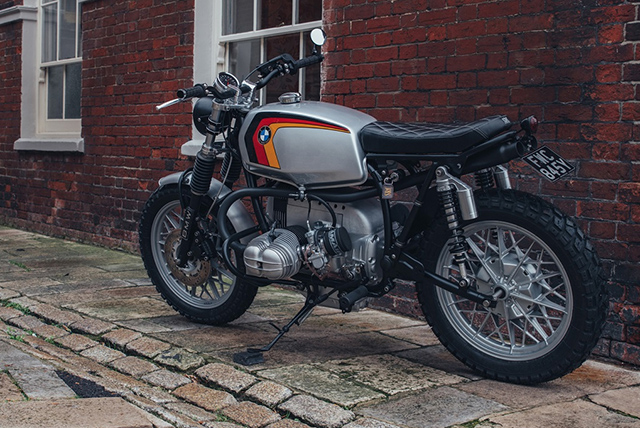 The original dual exhaust was pulled and a new system was fabbed up that runs through the boxer’s bash guards, up over the cylinder heads, winding underneath the tank and culminating in a set of under-seat open pipes. “The entire system is ceramic coated, which is a great insulator and negates the need to have unsightly wrapping to keep the heat away from certain areas,” explains Pete. 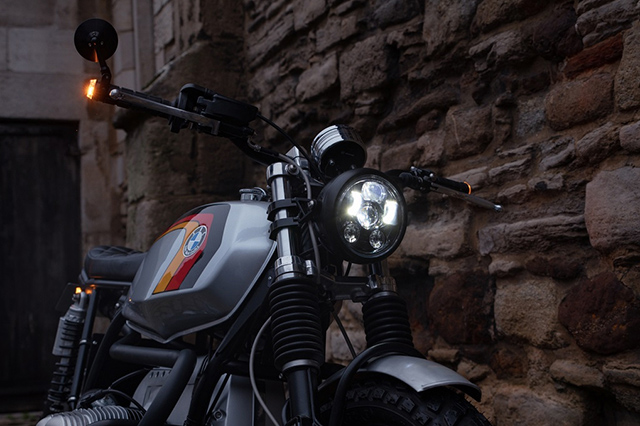 The chassis was also stripped down, de-tabbed, and then fitted with one of Side Rock’s kicked-up Scrambler subframes before being blasted, powder-coated, and then capped off with a flat leather saddle with silver diamond stitching. The stock forks were refreshed, as were the dual Brembo discs and 260mm rotors which received an overhaul as well, including the addition of steel-braided Venhill lines. Out in back, the stock rear shocks were swapped out for newer, fully-adjustable remote reservoir pieces. 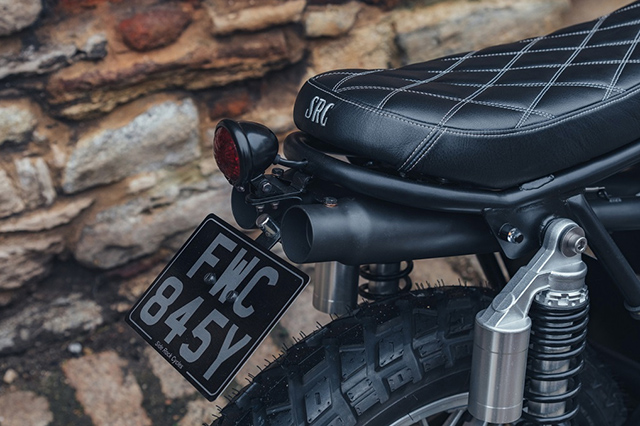 The BMW’s electronics were revamped with a custom wiring loom run through a Motogadget m-unit, along with a new electronic ignition and lower-geared starter motor, all drawing from a new Lithium-ion battery. Motogadget also supplied the build’s LED bar-end indicators and rear micro-LED pin signals. Out in front, the stock headlight bucket now houses an LED projector unit, while at the opposite end there’s an old-school round taillight sporting modern LED’s. The cockpit was also treated to an adjustable Domino quick-turn throttle, a single bar-end mirror, trick Motogadget switchgear, and a simple round speedo. 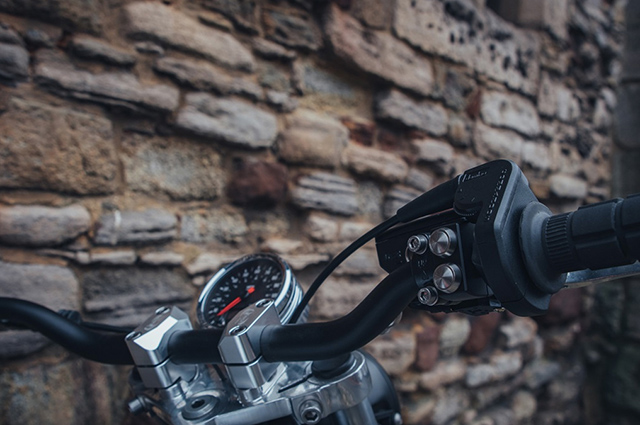 The tank was hit with a metallic pearlescent silver base coat and then decorated in German flag colors with the black portions comprised of exposed carbon fiber. The tank was then finished off with bespoke “SRC” Roundels for good measure. The original cast alloy wheels were also blasted, powder-coated, and then wrapped in a pair of Heidenau dual-sport rubber, bolstering the scrambler aesthetic. Pete also whipped up a custom front-fender that’s supported via one-off brackets. 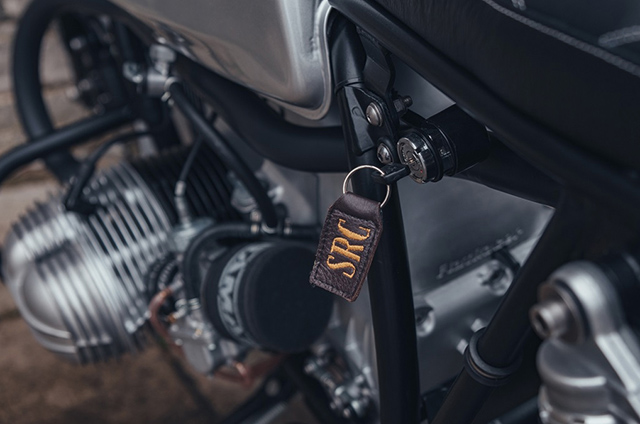 Dubbed “Argentum”, the Latin word for “Silver”, this street-scrambled R45 maintains the shop’s proclivity for minimalistic yet refined airhead builds. it’s not a custom that tries to reinvent the wheel, but it’s nonetheless a stellar transformation that manages to add a splash of 2019-style to the BMW, while still retaining much of its original identity, save for the displacement. For Pete Hodson though; it’s all in a day’s work. 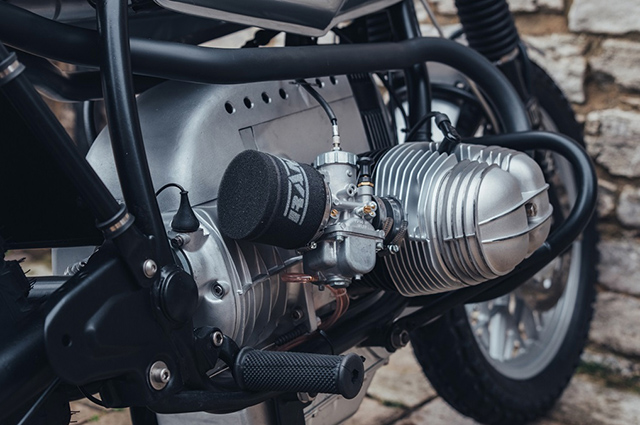 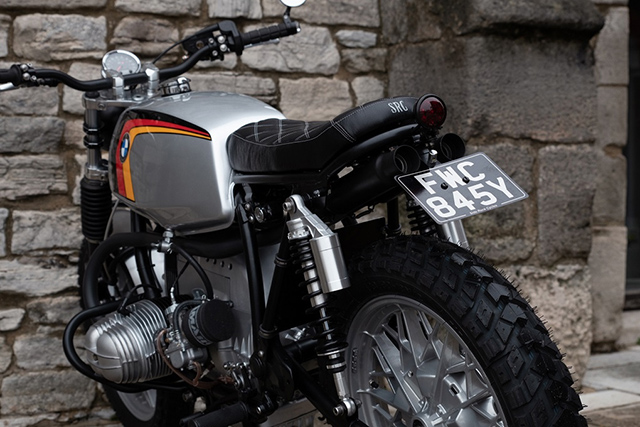 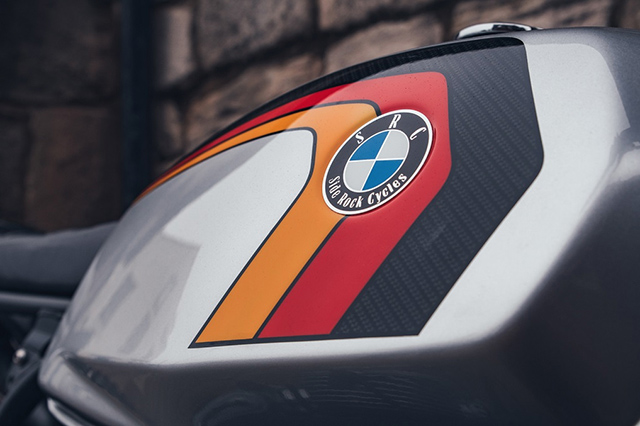 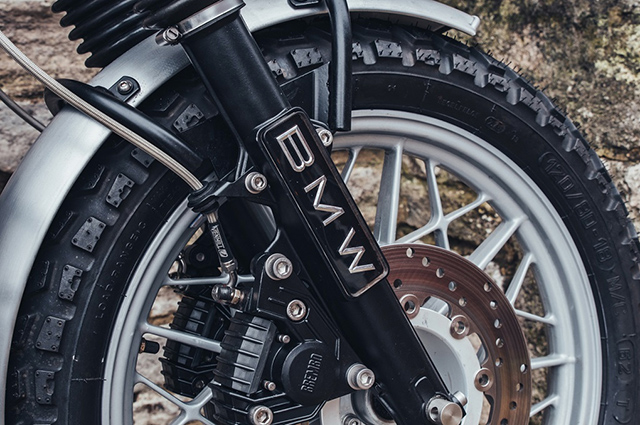 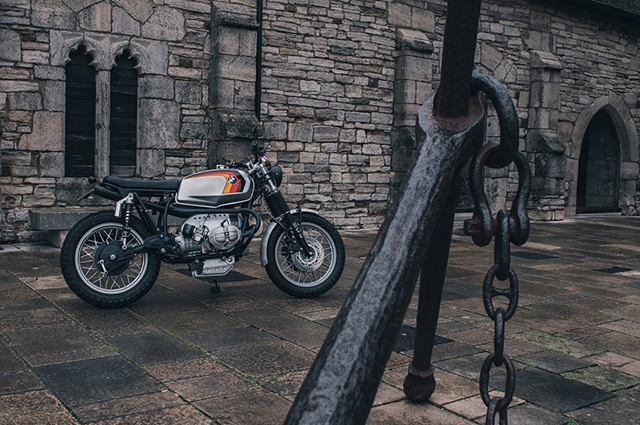