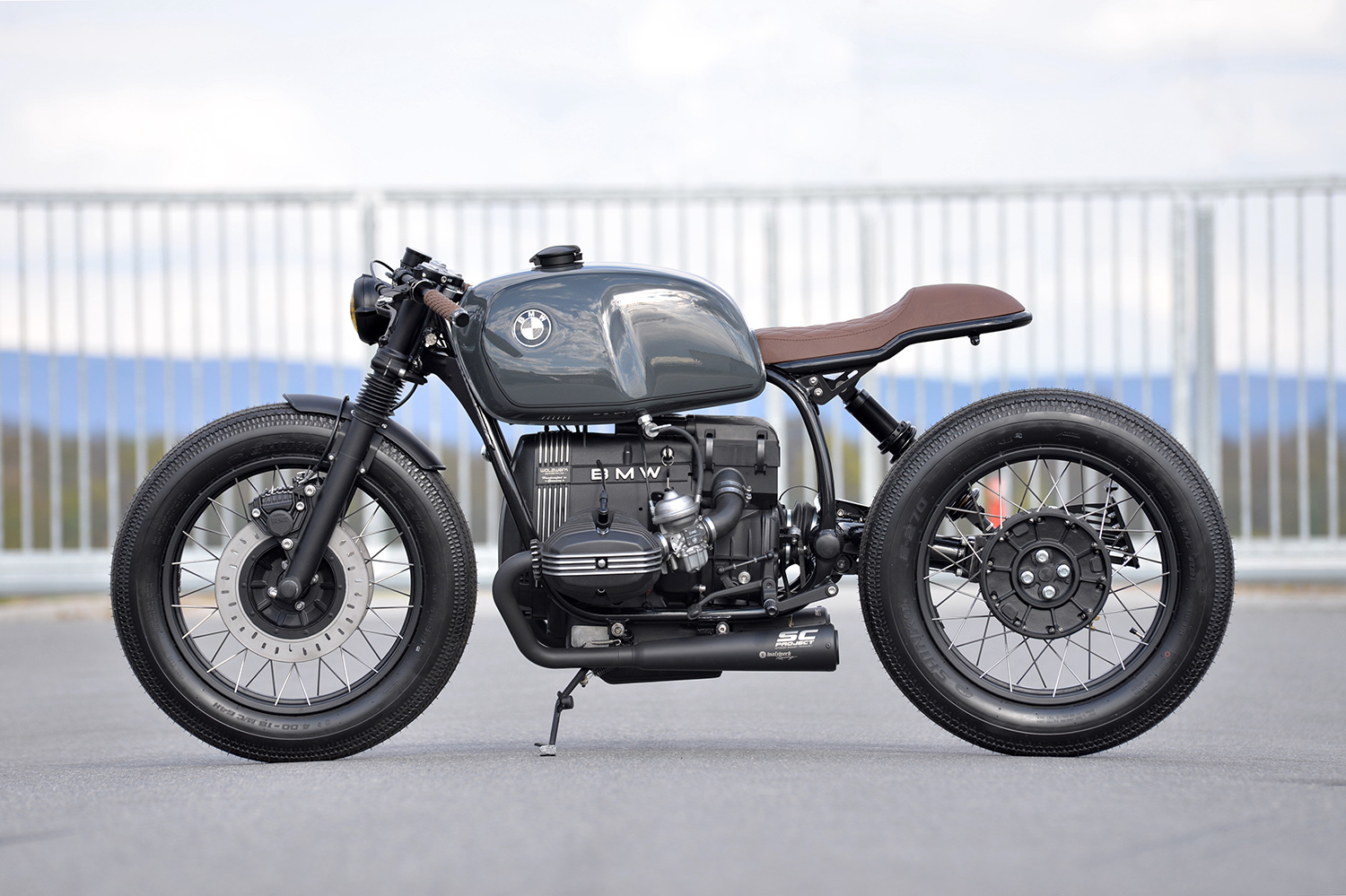 It was 1997 when I got my first job in motorsport, Soundgarden was playing in my Walkman, the president of the United States had been getting freaky in the Oval Office and we were tuning early aftermarket ECUs with a screwdriver. Over the last 24 years I’ve seen and heard from people across the world of two-wheels and four, their desire to create their own production line of performance vehicles. Hey, who doesn’t want to be the next Enzo Ferrari! But the logistics, money required and nous to know your market, means most fail to get off the floor. But not Marcus Walz, whose WalzWerk Motorcycle range of SCHIZZO® bikes are rolling off the showroom floor at quite the pace, with a waiting list 12 months long.

The last time we caught up with Marcus he showed off one of his special versions of the SCHIZZO, the GT1. Of those his company build around four a year and are the ultimate incarnation of his production line machines. But the bread and butter, which is more like a five-course meal, is the SCHIZZO BMW, of which they build just over 50 a year. If you’re a lover of the BMW R series motorcycles then his facility near the famous Hockenheim ring is the place to be, with endless bikes in various states of readiness and a catalogue of parts to really make your mouth water.

So, to give us an insight into how his production line of bikes is built, Marcus runs us through the process, and testament to how well designed the bikes are, this particular machine is destined for the streets of Switzerland, where it is fully road legal in perhaps the country with the most strict registration laws in the world. “Usually we always use BMW R80/R100 Monolever donor bikes, from 1984 to 1994. The base of this bike was a 1989 BMW R80RT Monolever. As always, we took the bike completely apart and rebuilt it from new. So it’s pretty much a brand new bike with an old title,” he explains.

Literally everything is done in house, aside from paint and upholstery, and that starts with preparing the factory frame inline with SCHIZZO specifications. Not only are any unrequired brackets and tabs cut off, but the whole frame is smoothed out, checked to ensure its in perfect condition and then along with the swingarm, powder coated gloss black in their own custom-built booth. The tubular subframe with integrated shock mount is straight from the WalzWerk catalogue that anybody can buy as a one-off part. With all components of the build available this way so you can build a SCHIZZO of your own at home.

Over the top of the backbone is a flawless example of a BMW R tank that has been panel beaten to perfection, so that the metal work is as straight as it was the day it was born in Bavaria. The customer picks the colour from a host of choices, “On almost all of our bikes we use genuine Porsche colours, which becomes a little trademark of our bikes. And this bike is no exception; the colour is called Porsche ‘slate-grey’ from 1967.” The tank also features a blacked-out Monza style filler and custom BMW badges that feature the WalzWerk logo. The seat is trimmed in this instance in a stunning traditional tan with matching grips.

The suspension and brake package is completely overhauled and the front end starts with a custom blade style fender. Then Touratech Suspension comes to the party with a range of their Black-T components that are designed exclusively for the SCHIZZO range. The front forks are shortened around 120mm and feature the proprietary fork springs and dampening units; held in place by a custom machined top triple clamp from Walz. The rear features a Performance mono-shock that is fully adjustable and the Brembo brakes are completely rebuilt and finished in a thermocoat.

“The spoked wheels are from a BMW R100R Paralever, with modified hubs to fit the Monolever application. The wheels are shod with classic Shinko tires in 4.00×18 front and 4.50×18 on the rear.” These are optioned by the buyer, with some choosing Conti Road Attack rubber as seen on the GT1 build we featured last year. Steering the bike is taken care of by racing clip-ons from ABM, with a MotoGadget mini speedo and matching MotoGadget m.unit blue taking charge of the electricals. A Bluetooth app allows remote control of the features and lighting is supplied by Motogadget turn signals and a stunning old school headlight with yellow lense.

The engine doesn’t miss out either, Marcus is a man that loves power, and the cases are packed with a 1000cc power kit. Every last part is overhauled, there is a new crank and pistons, modified cylinder heads and modern electronic ignition. The gearbox and rear drive are also completely rebuilt before the whole driveline is thermocoated. The airbox had to be retained to meet Swiss road rules but the stunning shorty exhaust kit remains, exclusively built for Marcus by SC-Project Italy.

The end result is one hell of a beautiful custom bike, with the best of modern parts where it matters, plenty of horsepower and weighing just 165kg fuelled up and ready to go. Want a SCHIZZO of your own? Then be quick, the next available slots aren’t free till December 2022 and the WalzWerk freight train shows no sign of slowing down.