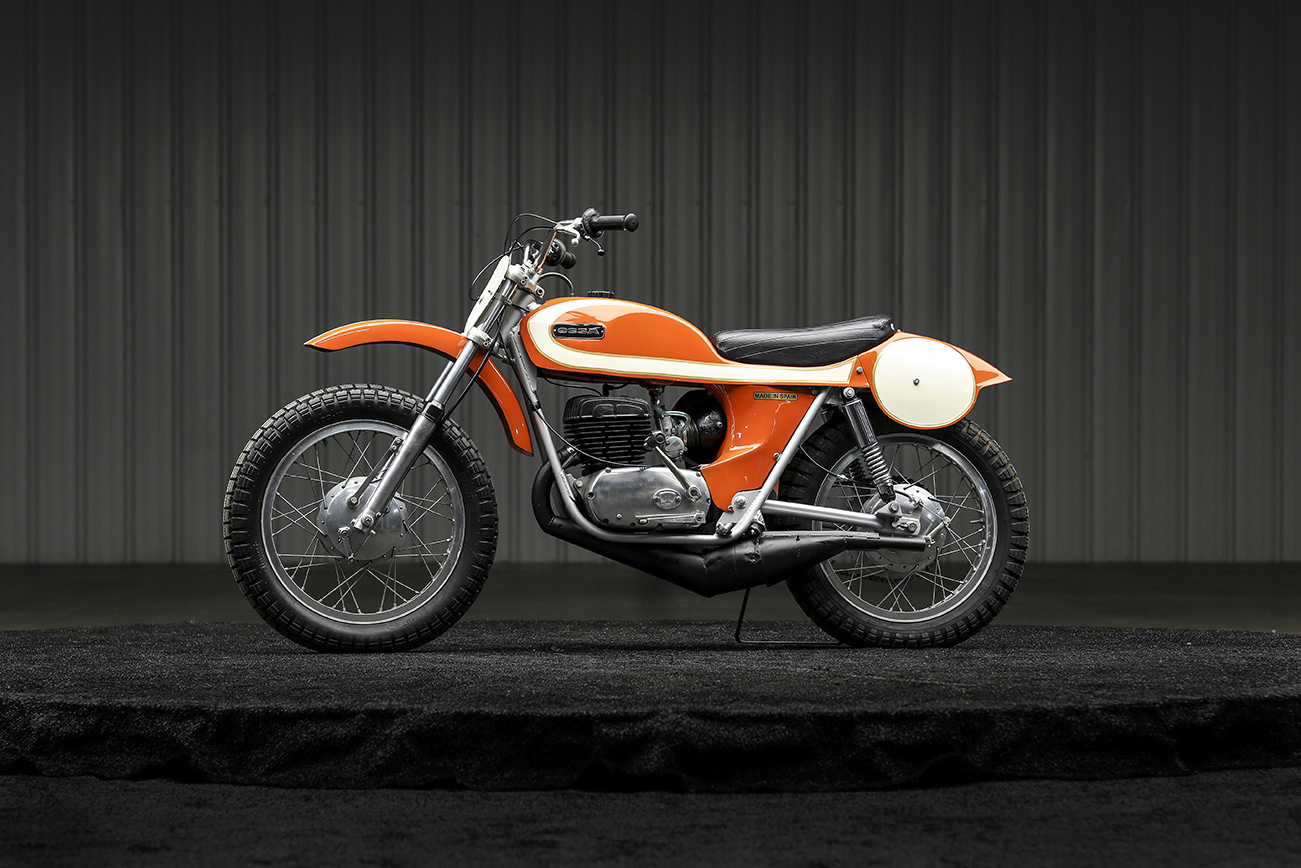 Measuring a man’s love for motorcycles is almost an impossible task unless that man is the legendary Denny ‘Kannonball’ Kannenberg. By the time he was a teenager he was racing, then came the sponsorship deals, a job at a bike store and before you know it his very own business. It would go on to be the largest motorcycle wrecking yard in North America, with over 7000 motorcycles. Now, the international giants at Gas Monkey Garage and Worldwide Auctioneers will present a no-reserve sale of Kannenberg’s personal motorcycle collection on September 10-11, 2021. Consisting of 165 motorcycles, from race machines to street bikes and everything in between, there is plenty to lust after and we take a look at just some of the bikes the Pipeburn faithful might be tempted to buy.

Denny Kannenberg grew up in Sioux Falls, and at age 13 his transportation to high school was a 1956 Triumph Tiger Cub. No matter the weather, and it can get bitterly cold on a South Dakota winter’s morning, he always chose to ride rather than take the bus. He joined the local racing club and by 1960, still at a tender age, he was named “Mr. Motorcycle of South Dakota”. His riding style earned him both the nickname ‘Kannonball’ and the sponsorship of the local Honda dealer and for decades to come, alongside his high school sweetheart, motorcycles became his everything.

His own business known as Sport Wheels is an institution, America’s largest motorcycle liquidation centre. Covering six acres there are over 10,000 motorcycles and ATVs, 2,500 fuel tanks, thousands of sets of wheels and parts and pieces for just about every bike you can name and plenty you may never even heard of. There is also a large indoor showroom and over the years, the man with motorcycles running through his veins has amassed a personal collection that is one of the best of its kind anywhere in the world.

So when it came time to sell, who better to work alongside Worldwide Auctioneers than the man who always gets the deal done, Gas Monkey Garage owner Richard Rawlings “I’m blessed by the opportunity to bring the, literally, lifetime collection of my friend Denny to the world,” the star of Fast N’ Loud told us. “Here is a historic offering of everything that it is motoring and bikes and racing, representing a real coming of age of motorcycles themselves and racing itself and American flat track, and there will not be another opportunity like it.”

Scrolling through the list of 165 motorcycles up for auction, all starting with no reserve, you’ll see everything from the big players like Suzuki, Honda, and Yamaha, all the way through to beauties from Bultaco, Maico, and Ossa. The first bike to catch my eye is a 1966 Ducati 160, not only is it in absolutely stunning condition but has also been given a mild cafe racer transformation. If you love the marque and fancy the perfect machine to stylishly take out for your Sunday coffee commute, this is it!

Then of a similar vintage, I spot a 1953 Harley-Davidson KR dirt track racer and boy do I want it badly. It is sold as raced by ‘Kannonball’ himself, who successfully campaigned the bike right across the Midwest. From its factory-supplied HD race engine to the rare Wiseco racing magneto, it is not only an important piece of history but takes you back to a time when the local fairground hosted the Saturday night racing and the big stars came to your little country town.

From left field comes a 1986 Honda CX500 Turbo that was presented by Honda to the king of drag racing, “Big Daddy” Don Garlits as the NHRA Champion. With just over 4,765 miles on the odometer, it is in pristine condition and the headlight fairing is inscribed and autographed by Garlits himself. Or if you want to take to the 1/4mile yourself, there is a thunderous 1975 Kawasaki H-2 drag bike on offer. We’re talking wheelie bars, air-shifter, big back tyre, and three expansion chambered exhausts screaming that sweet two-stroke song at full noise.

Denny’s relationship with Honda also shines through in the collection, with everything from a Monkey bike at one end to a Goldwing at the other. There is a host of 1970s example CB’s for both race and road, with a gorgeous black cafe racer and ’72 street tracker just two of the highlights. Of course, no Honda hoard is complete without the legendary six-cylinder CBX, which is growing in value by the day, and being the man with a hankering for the big H, Denny had two of them!

There is plenty of Americana too, and being just one of 700 built, makes the 1942 Indian Four with Sidecar a spectacular offering and a true sight to behold for anybody who appreciates wartime machinery. I could spend days just taking the full collection in and I’m sure plenty of you could too, seeing such a line-up under one roof is a dream for many of us.

In addition to the amazing lineup of motorcycles, the collection will include 30 vehicles and years of memorabilia. Those interested can purchase tickets at Worldwide Auctioneers’ website and two days of previews will precede the September 10-11, 2021 auction dates. And as Richard Rawlings would say, “Get ya’ some of this!”