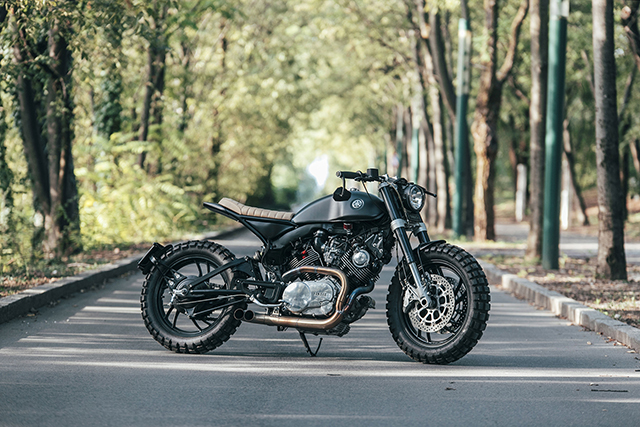 In the proud city of Brescia, Italy, they’ve long valued innovation and tradition in everything they do. It is the home of motorcycling God Giacomo Agostini and firearms producer Beretta, so you can imagine they didn’t take it lying down when the Italian GP was moved from their city. Instead, they came up with the grueling Mille Miglia and like everything in the Lombardy region they do it their own way. So when searching for a workshop to breathe life back into his long-deceased Yamaha TR1, Alessandro Gallina stayed local and selected Remastered Cycle to build him a street scrambler that’s off the chain, appropriately called Django. 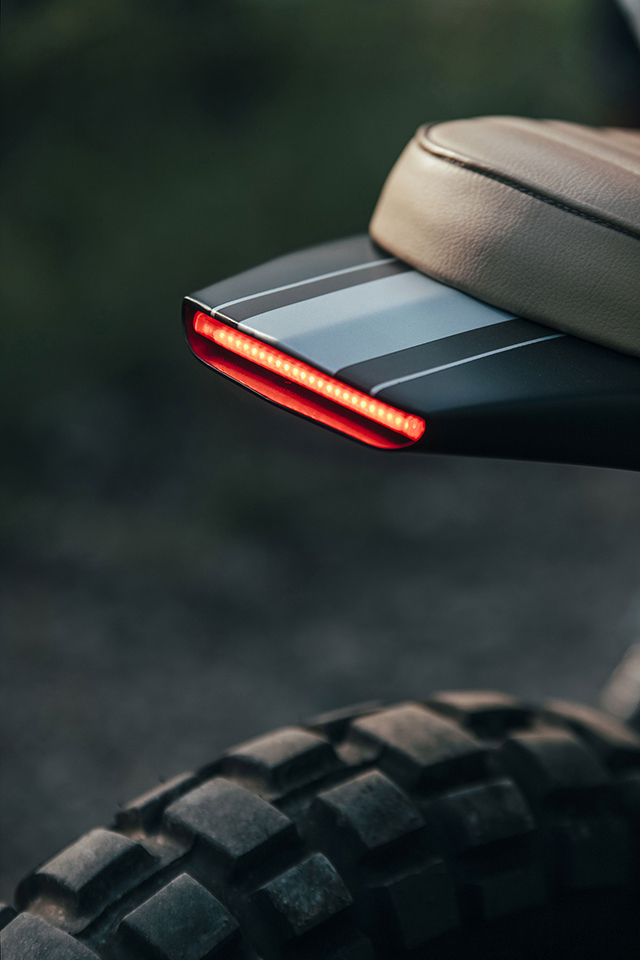 The TR1 was almost lost forever, having spent the last 25 years hidden from the world in a small barn near the beautiful Lake Iseo. Its owner had parked the bike up before passing away and for nearly three decades the V-Twin sat lifelessly. But after a chance encounter with the heir of the estate Alessandro had in his possession a Yamaha in need of life saving surgery and a thorough makeover. So he turned to award winning local builders, Luca Morelli and Samuele Borsarini, of Remastered fame. 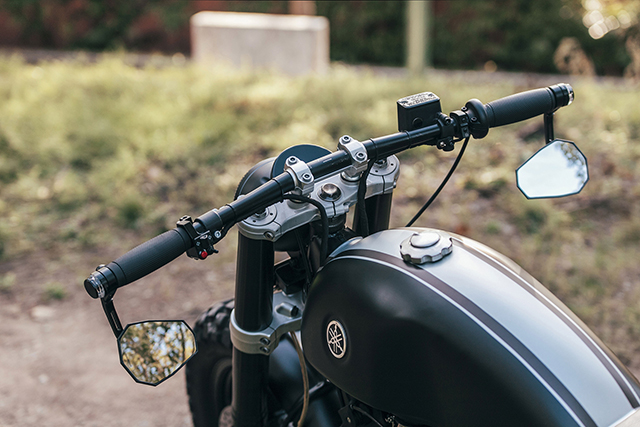 “The goal was to transform the TR1 from a classic 80’s bike into a scrambler with urban connotations that would convey power and elegance; keeping intact two typical Yamaha aesthetic formats, the V engine along with the well-known XV rims and the original old license plate which by itself is a tangible link with the past,” explains Alessandro of his vision. Now all on the same page, the boys tore in, stripping the bike down to a bare chassis that was then cleaned of 25 years of built-up gunk. 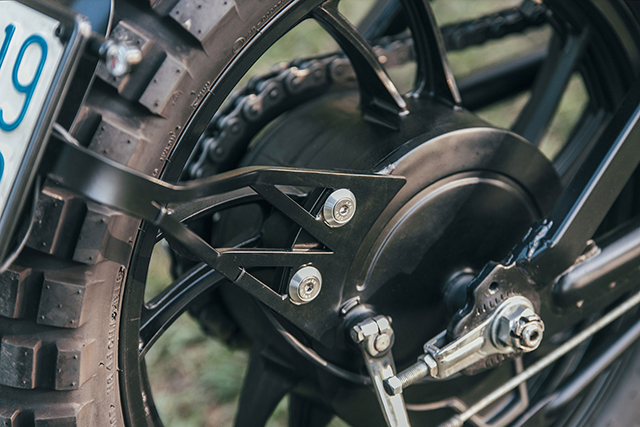 The stock subframe was taken off with the grinder and an all new tubular item fabricated in a more aesthetically pleasing scrambler style. Then it was into the spray booth and the frame, new subsection, and swingarm were all painted black to leave a perfect foundation from which to work. To get things headed in the right direction a new set of forks were selected, WP 48mm items, that are held in place with KTM 990 triple clamps and a custom set of bearings. But with Alessandro wanting to retain the distinctive XV style rims, the boys had to get creative. 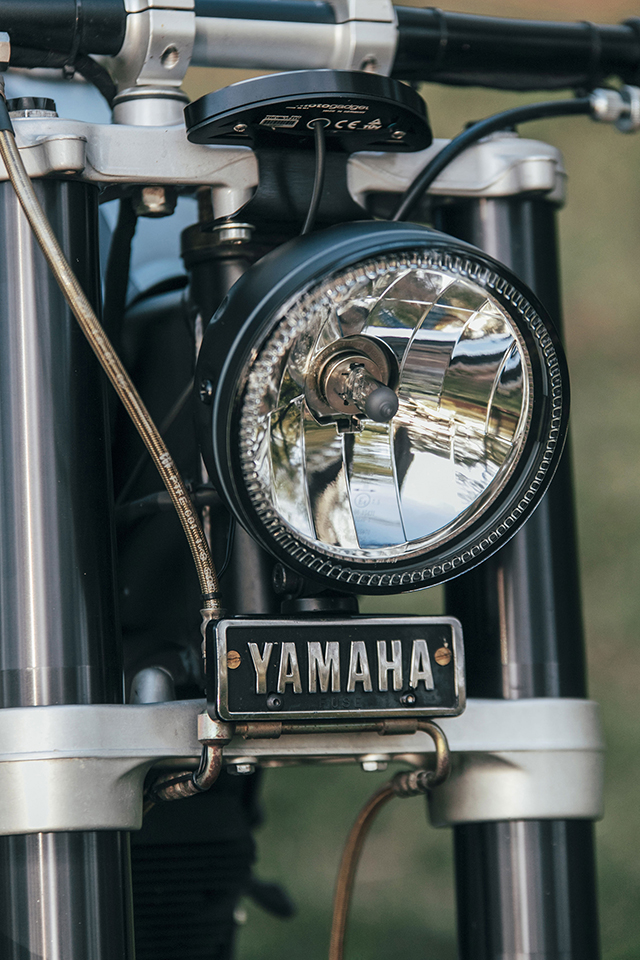 First, they found a second rear wheel that could be adapted to the front and machined and welded it up to accept a set of Brembo drilled disc brakes. With the lathe still spinning a new axle and spacers were turned to get it rolling and the Brembo calipers aligned. It’s not a look you’re likely to see recreated and with both ends wrapped up in aggressive Continental TKC80 140/80 r18 rubber the TR1 had an all-new attitude. Completing another project goal, the rear hub was modified to accept the new wrap around license plate bracket and the original piece was bolted in place. 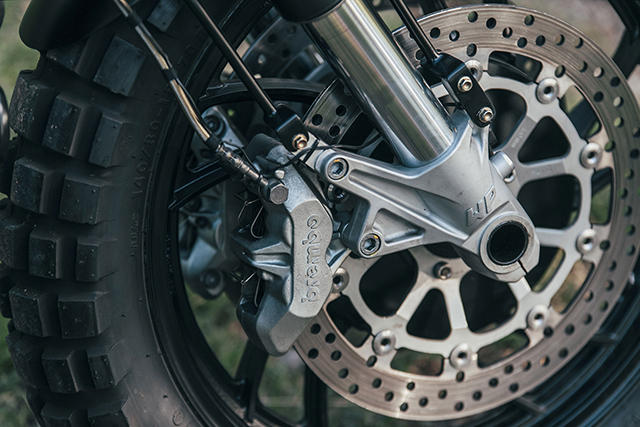 With the shortened rear end the stock tank was too bulky and next on the Italian menu was the selection of a Benelli Mojave unit to take its place at the table. New mounts were fabricated to suit, a retro filler cap installed and the badges replaced with Yamaha items. Sitting atop the new subframe is a hand formed seat base with the foam neatly contoured in house and a clever Whale shark like tailpiece hiding the rear light in its mouth for an ultra-clean finish. 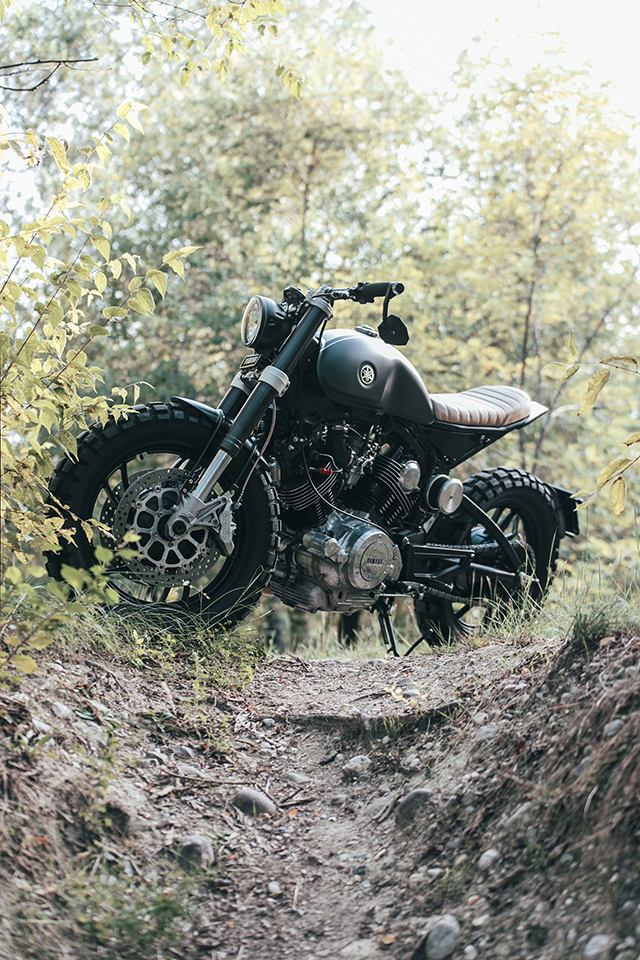 “The color was chosen specifically to reflect the livery of Bernese mountain dogs: dull black, brown, silvery white and voilà,” enthuses the patriotic Alessandro. A muscular front fender was hand rolled and mated to the modern forks with simple round bar struts. To fill the scrambler brief a set of Rizoma bars get the call-up, while the instrumentation is kept simple, “a Motogadget Motoscope was chosen to give a modern and minimal footprint at the same time the front end was completed with Highsider top indicators and Highsider mirrors.” 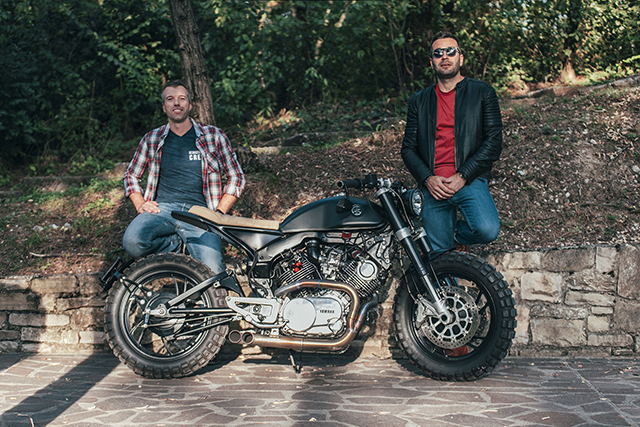 Having sat silent for so long the big litre V-Twin was given a full overhaul to ensure perfect operation and repainted with contrasting file finished fins. To ensure everyone knows when Django is off his leash the boys fabricated a stunning two into one stainless steel exhaust that finishes in a twin tip MASS muffler. Fuelled up and fed the Yamaha comes to life with an all new purpose, no longer the poor man’s tourer, the angry animal prowls the city streets with a snarling presence and pointed towards the trails this TR1 is ready to reap revenge. 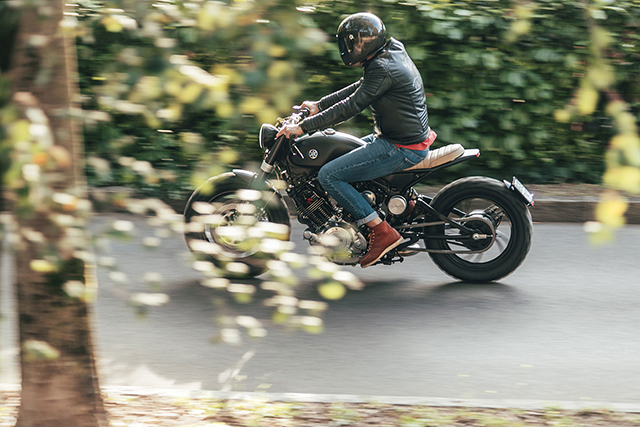 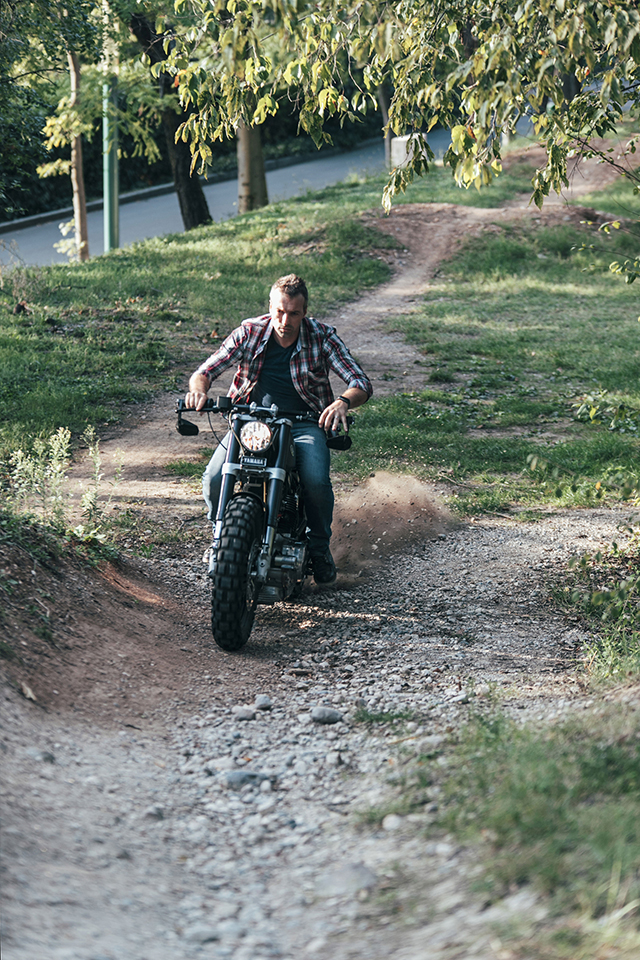 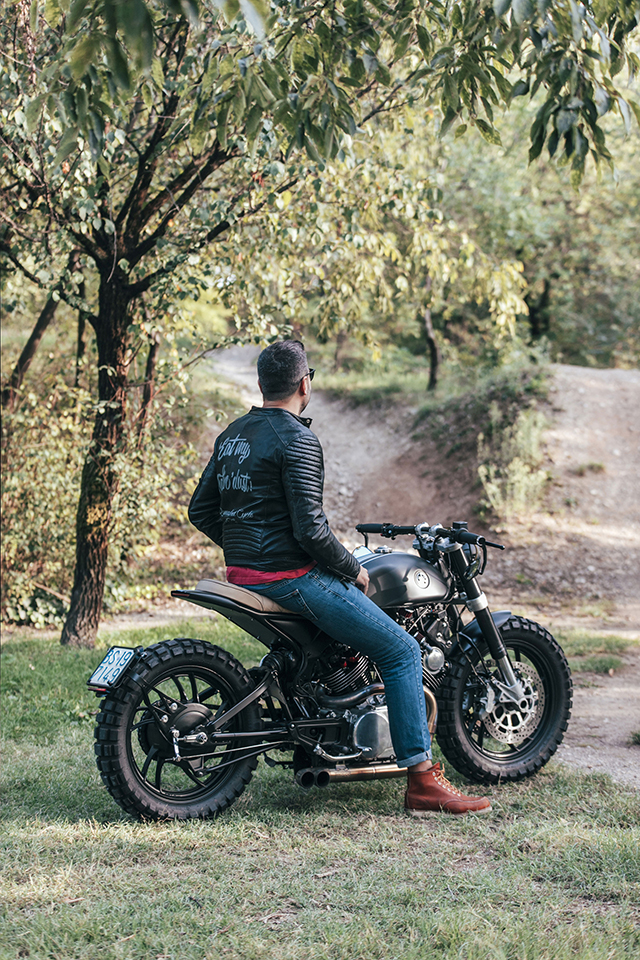