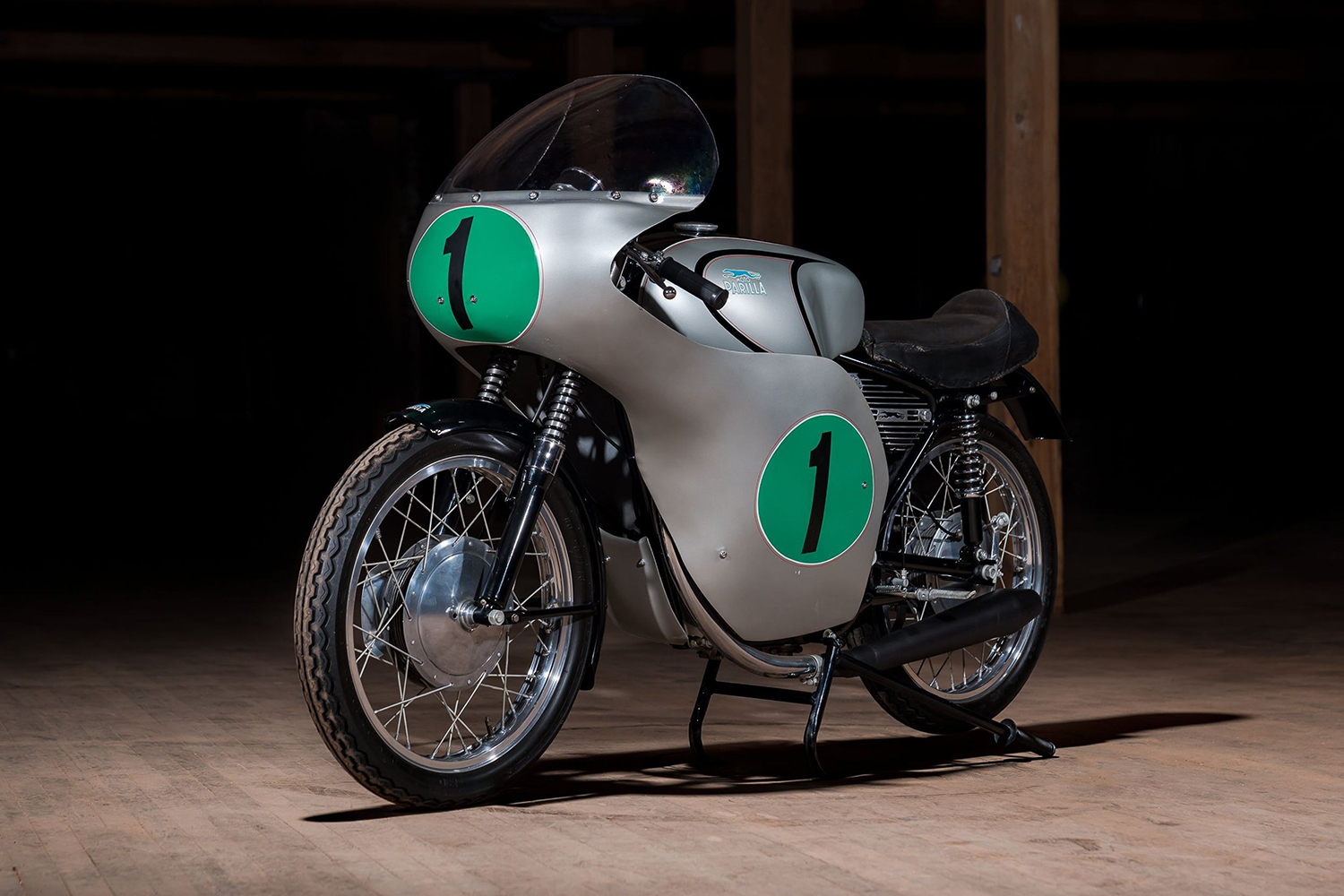 To say Europe and much of the world had been utterly decimated by WWII is about as large an understatement as one could make, and for a generation like ours where anything and everything is just a smartphone app away, it can be almost impossible to really know what it was ever like to live through such a traumatic period. But just as people left the lockdowns of COVID-19 to quickly get back to friends and motorcycles, many would do the same following the Second World War, and some remain household names to this day. Never quite reaching that height, but a legend in his own right was Giovanni Parrilla and this 1962 250 Grand Sport is arguably his most beautiful creation.

Dropping one r from his name, Giovanni founded his own motorcycle company less than a year after the war had ended and with designer Giuseppe Salmaggi, they immediately got to work on producing engines with the very first designed, built, and in production just months after he’d established the firm. He may not have reached the heights of Honda or Ducati, but he was ahead of his time and produced a range of motorcycles and engine variants that used direct drive in the pre-unit era, pioneered the use of lightweight materials, and was an early adopter of offering big brake packages, even on small machines.

His contribution extended beyond two-wheels and having witnessed the growing love of go-kart racing in the United States, he predicted its popularity would arrive soon in Europe. Again, so ahead of his time, he built an engine just for the mini racers but included a gearbox that would be outlawed in the sport. So back to the drawing board and he built new direct-drive engines that remain winning combinations in historic Kart racing to this day. All of which meant that by the time 1962 had come around, he and his company were firing on all cylinders.

So it’s no wonder then that the 250 Grand Sport was not only a beautiful bike to look at, but performed exceptionally well too. This example has lived in the US its entire life and is one of less than 50 originally imported into the country. With even less surviving to this day, it is incredibly rare and was sold new in the Pacific Northwest by Pokes Cycle of Seattle. There it lived and raced successfully in the Formula 3 class on the regional circuit, taking on the likes of fellow Italian Ducati and the Harley Davidson backed Aermacchi machines.

The frame, number 260033 matches the engine, is the basis for the Parilla and used superior steel to many of its counterparts that wobbled like jelly. The single down tube with a full loop construction was originally designed for a girder front fork and plunger rear suspension. So, this later model has the re-designed neck, lowered rear frame rails, and a tubular swingarm to accept the more modern suspension setup. As part of a prior restoration, the frame and swingarm were smoothed out and repainted in the original black.

The engine was a key area of success for the Parilla brand and the direct drive construction was an ultra-neat unit for its day. The overhead cam design featured a set of bevel gears and as a race model, it was fitted with the hotter X1 profile camshaft straight from the factory. With that extra air going into the engine at higher rpm, a larger Dell’Orto SS1 carburettor was required to keep up with the fuelling demands. Four-speeds in the gearbox were more than enough, as the square design allowed for big rpm and produced an impressive 21bhp from its 250cc.

By the time the ’62 GS had hit the market, the suspension was being outsourced to fellow Italian post-WWII success story, Arturo Ceriani. His company’s telescopic front forks with exposed springs drop through a set of solid triple clamps for increased stiffness, no pressed steel here! At the rear end, the twin shock rear was renowned for giving the rider a very planted feel. As always, Parilla fitted big brakes to the little 114kg bike, with a large front drum featuring ducted cooling and a smaller drum-equipped hub on the rear. Wheels were 18in alloys at each end and the bike retains its vintage rubber.

The bodywork is simply beautiful, the front fairing that had been drawn up in the ’50s carrying over and still looking just as incredible to this day. But if the big race fairing was beautiful, it was the Parilla gas tank that enabled you to recognise it amongst the pack of other machines, the signature shape having been restored but the top paintwork left in its original state, graphics, logos, running-in instructions and all.

The seat too remains original and tells a tale, with clearly many a rider using all of its surface area to shift their weight through the corners. It is simply a beautiful piece of motorcycle history and there are still many lessons to be learned from the now defunct post-war startup.