First patented in 1952, Norton’s featherbed chassis was originally developed for TT competition and upon its release (and for roughly the next two decades) was objectively the best-handling motorcycle frame in existence — at least until Norton one-upped itself in ’67 with its Isolastic frame. However, while Norton’s vertical twin engines of the same era were far from lackluster, they vibrated markedly more than the mills from fellow British marque, Triumph — not to mention the Meriden firm’s 650 and 750cc Bonneville twins were considerably easier to tune for more power.

These factors would ultimately give way to the now-iconic Triton; an all-British cafe racer that combined the best of what the era had to offer, taking Triumph’s potent twin engine and stuffing it into Norton’s Featherbed frame. Often utilizing Norton brakes and Roadholder suspension, these two-wheeled amalgamations were primarily pieced together by private riders mainly in and around London, though eventually a handful of dealers started offering turn-key Tritons.

Recognized today as a massively influential “model” and an early archetypal cafe racer, the majority of Tritons were fitted with Manx-esque tanks, humped monoposto race seats, swept-back pipes, and clip-ons and rear-sets. These machines frequently lined the road outside of London’s famous ACE Cafe, and played a crucial role in the dawn of cafe racer culture. Eventually, stiff competition from the far East would dethrone the UK’s stranglehold on the motorcycle industry, though the mighty Triton remains a more-than-important piece of motorcycling history. 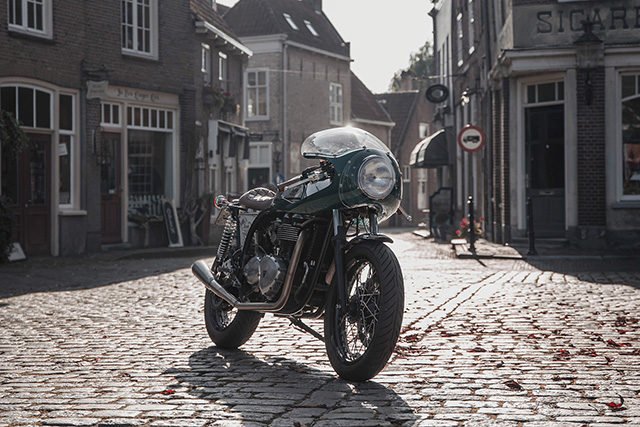 Wanting to recapture the magic offered by these British cafe racers is fledgling Dutch outfit, Icon Motorcycles, with its new line of replica 1960s Tritons. Launching in 2020, the new startup is putting a unique spin on the Triton while still retaining much of what made these scoots so special in the first place. Icon tells us each machine will be hand-built to the customer’s exact desired specs.

Using original factory drawings, Icon is recreating the “wideline” version of the Featherbed frame for its replica bikes. Paired with the double-cradle structures are Hagon shocks and Norton Roadholder forks. At the heart of Icon’s Tritons (Tricons?) is a modern 900cc Triumph engine that makes around 70hp and 53 ft-lbs of torque. Instead of opting for the latest Bonnie mill, Icon has decided to utilize the power plants from the last-gen Thruxton model seeing as it’s air/oil-cooled and therefor doesn’t come fitted with an unsightly (and period-incorrect) radiator. 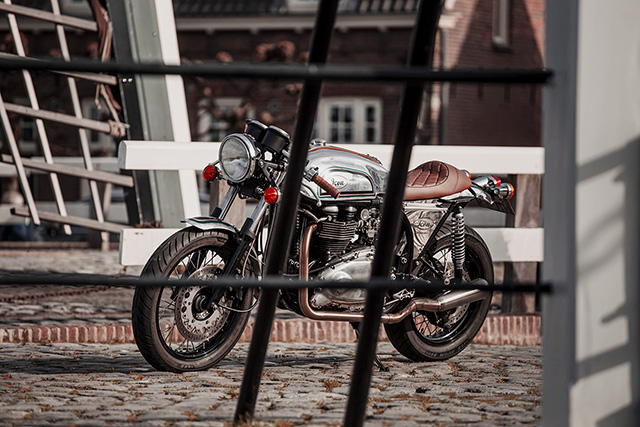 Icon’s two-wheeled wares will feature bare-metal Manx-style tanks, diamond-stitched humped cafe tails, and come in a standard/naked variant, or a half-faired, bubble-nosed version. Additional features slated for inclusion consist of Lucas electrical components, a side-by-side analogue speedo and tach setup, and Dunstall exhaust pipes. And rather than sourcing a variety of existing parts from NOS suppliers and niche replica operations, Icon will be producing its Triton’s various parts in-house — furthering the elite hand-built-nature of the project. 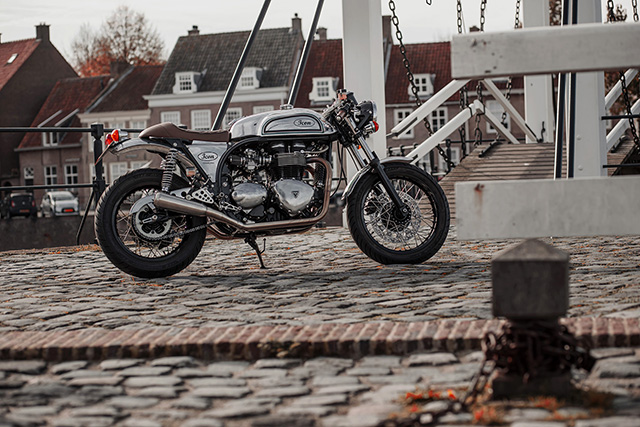 This equation ultimately allows for a vintage-style machine far more genuine than today’s host of modern-retro models, while still affording the reliability (and ample service intervals) provided by a contemporary Triumph powertrain. And like a top-shelf custom build or high-dollar European homologation special, Icon’s Tritons  will reportedly benefit from acute attention to detail and an almost unparalleled level of fit and finish. 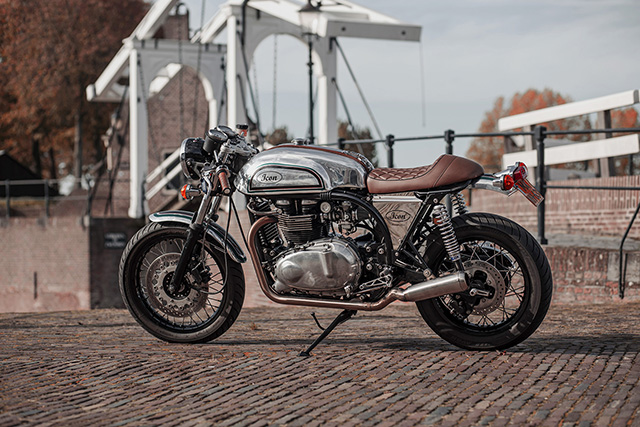 Other non-genuine/period-correct portions on Icon’s bikes include modern, lightweight spoked wheels shod in contemporary rubber and drilled discs and calipers front and back. Icon could have gone with vented drums and retro-pattern rubber, though the idea behind Icon is to deliver the ultimate modern iteration of the Triton, not to recreate a carbon copy of the 1960s frankenbikes. 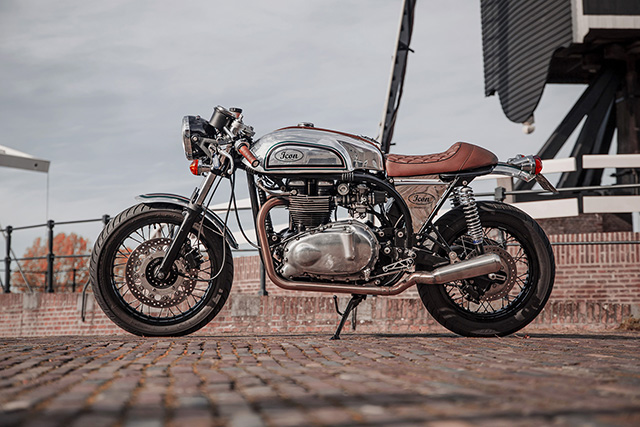 Icon has yet to reveal pricing, though with an open focus on exclusivity, we feel confident in saying these beautifully-built Brit bike recreations will be on the steeper side. This is compounded by the minute numbers Icon will be producing these bikes in. The company also hasn’t cited an official release date, though it did tell us it’s aiming to start producing and delivering bikes sometime around July of 2020. And while these highly-authentic recreations might not say “Triton” on the tank, the moniker of “Icon” seems more than appropriate.