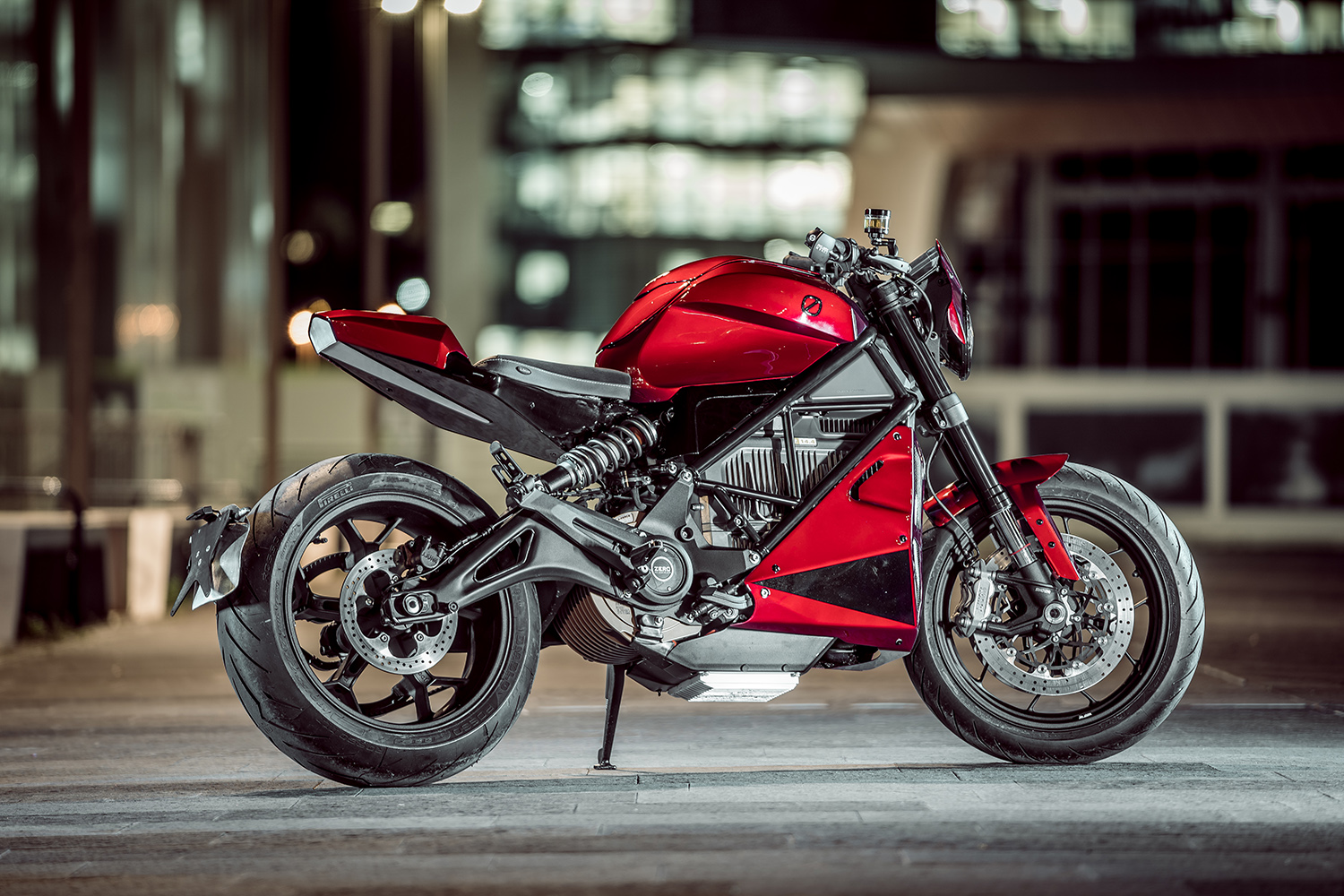 You can be in a room full of automotive enthusiasts and everyone is getting on brilliantly, until someone utters the word ‘electric’ and the battle lines are drawn. It seems there is still no agreement amongst the cohort as to whether we are willing to accept the silent two-wheelers into the club. So, for one of the world’s best builders, this presented as the perfect challenge, to build a bike that would do what he’s done many times before, steal the show! So with a fresh Zero SR/F in his workshop, Marco Graziani of CC Racing Garage set about building a kit for the electric machine, that allows owners to transform its looks into a superb streetfighter in just three hours.

To change minds Marco could have gone wild on the build, but for a business that sells plenty of their own custom parts, a one-off mega transformation really makes no sense. And he’s got the runs on the board when it comes to showing the world what a new model can do. Having won the global Ducati Custom Rumble with his Scrambler ‘Bully’, and also taken out best custom at Ducati Bike Week back in 2016; this is a man of serious talent.

Marco and his team also viewed the project as a way to pick apart an electric bike and understand the potential of what a non-gas guzzling bike can do, all while making every part plug-and-play. And the reason why they opted for the Zero SR/F was simple. “I consider them the leaders in the construction of the electric bike world, like with Tesla and cars,” Marco says. “And the Zero SR/F is a very fast vehicle, with a lower weight compared to other electric motorcycles of equal performance.”

Being known for his Ducati builds, his instinct led him to a streetfighter or modern Monsteresque design, that while still clearly an electric bike, would force Italian road goers to do a double-take. That meant ripping off the original bodywork and starting from scratch. The rear end receives the biggest transformation, with the Zero’s very generic-looking tailpiece replaced with far more aggressive lines. Every new metal part has been designed, shaped, and then hand-rolled on an English wheel, adding some old school craftsmanship to this very modern machine.

To make the most of the new tailpiece, the number plate holder and tail light assembly are an all-new arrangement, that with the CC Racing mounts, can be hung off the back of almost any of the Zero range. A custom seat fitted on top, and the rear half of the bike is now seriously aggressive. There is less room for movement upfront, the motor takes centre stage, but it’s now surrounded by handmade vented and grilled-out side covers, that help tie the bodywork with the tank, leaving just the trellis frame exposed for a Ducati like look.

Speaking of Ducati, there is almost no doubt that the design team at Zero “borrowed” the headlight and surround styling from the new Monster. So Marco did what he does with the petrol machine, and fitted up an all-new LED headlight that mounts hardback to the forks and wears a CC Racing custom cowl. The front fender is a new piece too, smaller and sharper lines, it still has OEM levels of fit and finish. With the vibrant dark red and black paint job, the look is undoubtedly a vast improvement over stock, even better for many, it can be converted back with the factory parts in just a few hours.

But to add some more class to the rest of the factory components that don’t quite live up to standard, Marco hit up his partners at Rizoma, who have helped deck the bike out with a host of trick parts that bring it up another level. That’s not to say the Zero is bad off the factory floor, rampant power that comes on instantly, a big brake package, and excellent suspension from Showa means you get the same sort of equipment level you’d get from most big manufacturers on their sporty naked machines.

But here is where the rubber hits the road, if you like the looks of a sharp naked or modern unfaired bike, you’ll probably be very impressed with the kit that CC Racing Garage has put together. It won’t be the looks that put you off, this gives the Kawasaki Z or any other ICE powered bike in the category a touch-up in the looks department. It’s all down to the power unit, and for those who genuinely tour on their bikes and live in countries with poor charging infrastructure, that’s a well founded fear. For those who delude themselves into thinking they ride 450miles every single day, check out the excellent Long Way Up, turns out 200km per charge can be a hell of a ride.