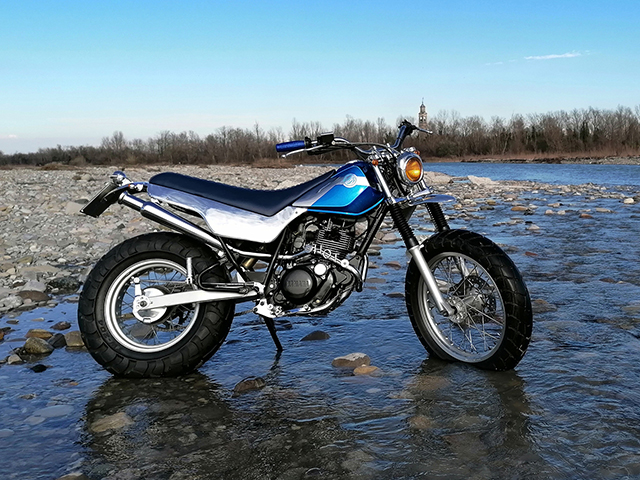 If you hang around a custom bike shop long enough to sit through a morning tea break or after hours for a beer, then you’ll hear all sorts of crazy ideas get thrown around. Most are mere fantasies about things nobody within a stone’s throw has the budget to pull off, but every now and then a little slice of genius or something that would be a hoot enters the conversation. A regular customer of Italy’s Nico Dragoni Motociclette was in the workshop when the topic of his little beach basher, a Yamaha TW125, came up. The idea was to turn it into a tribute to the Californian custom culture, and the light-hearted banter turned into one hell of a cool little build. 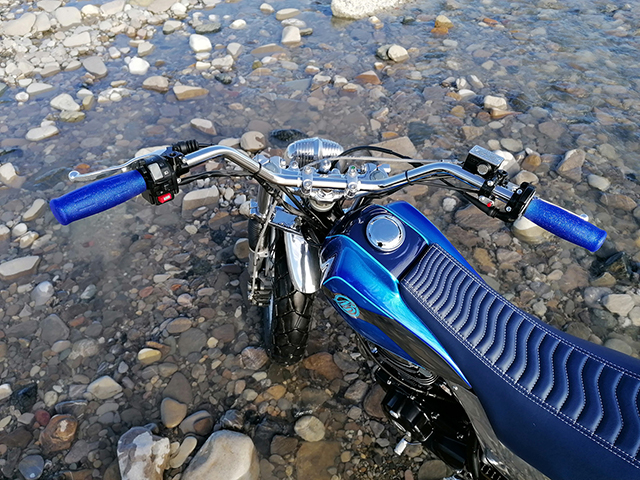 If you’ve never seen a TW before then you’re probably wondering what the hell someone would use one for, but when it comes to riding on the beach few bikes come close. Sure, as many serious motorcycle journalists bemoaned upon its release ‘it’s totally impractical for commuting’ but all they proved there was that they’d totally missed the point. The goofy big tyre, low powered engine and cheap build quality is what makes it such a carefree and fun thing to throw around the sand. 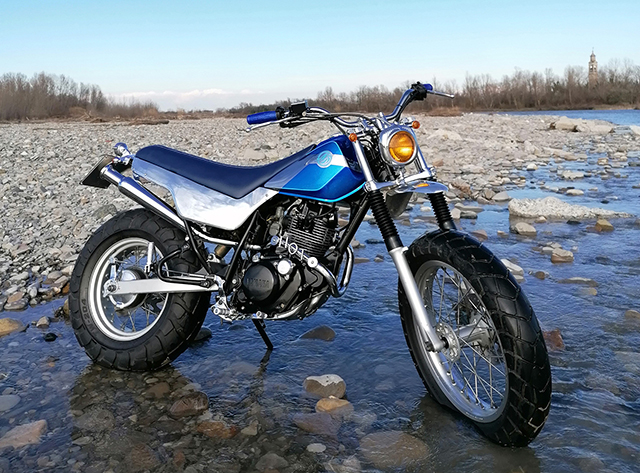 So after a few summers of doing just that and with his particular TW needing some maintenance, the ND Motociclette customer came around with an idea. “At the end of the past summer he was thinking of getting a new look to this Yamaha TW. We took inspiration from the southern California Kustom Kulture and from the chopper world as well. We didn’t want to upset the original concept of the bike, because it’s very suitable to drive up the coastline and also have enough room for two,” explains Giada, who along with Nico runs the show. 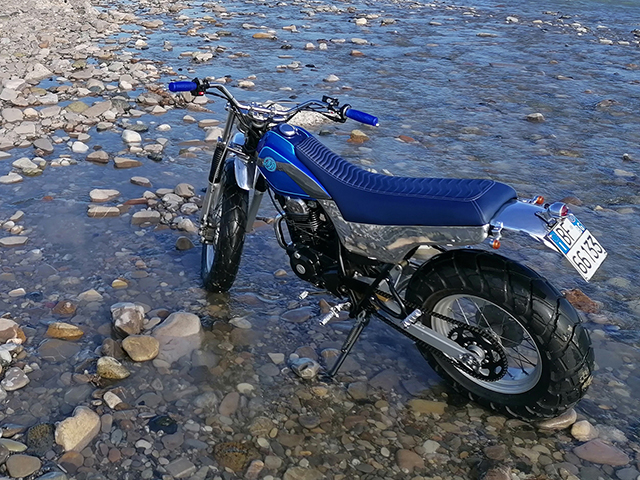 With the theme they’d chosen, reducing the plastic on the bike to as close to absolute zero as possible was a must, and there is plenty of it. So to get things going the highly talented metal workers decided their first task would be to hand form a pair of front and rear fenders. Hand shaped from aluminium the front is hung moto style from the bottom of the triple clamps, while the rear extends out from under the seat to catch some of that sand spray and provide the perfect spot for a number plate. 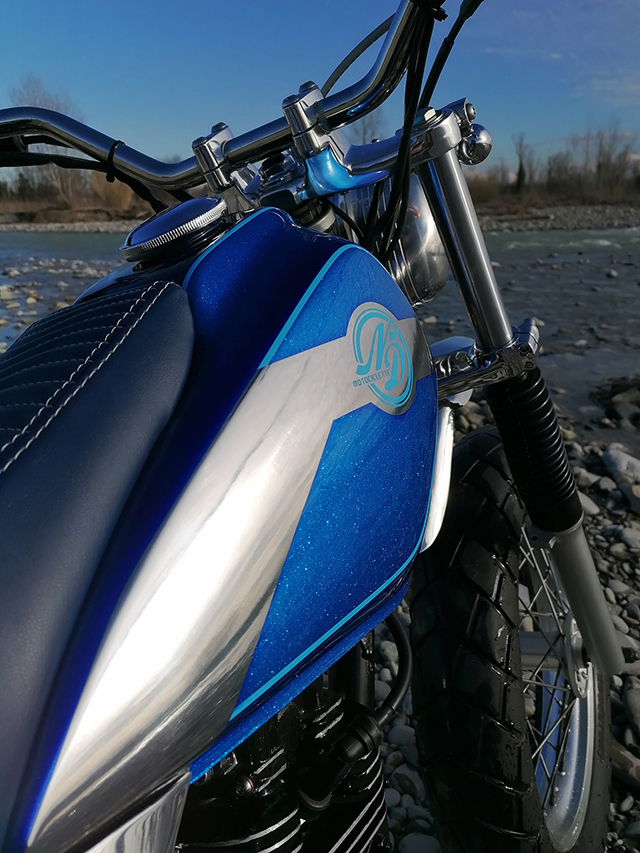 With the tyre clearance sorted the bike could be pulled down for the rest of the modifications to take place. And with more plastic removal on their minds, the side covers came off and more hand-shaped aluminium is used to replace them. “The tank, after being equipped with a new cap, has been painted in this fully 60’s style metal flake with the mirror polished stripes that link with the aluminium side panels,” Giada tells us. But to get the most out of the aluminium meant hours of labourious polishing. 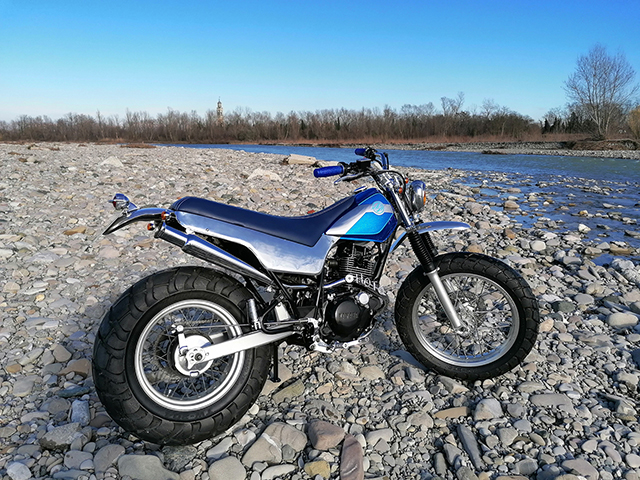 This wasn’t just done to the bodywork however, with the gorgeous old school headlight and tail unit disassembled so they too could be buffed within an inch of their lives. The cheap chroming on the TW forks is known to pit easily and then chew out the seals, not what you want in the sand! So after some new plating, the entire front end including the triple trees, risers and new flat track bars were given the compound and wheel polishing treatment. Before a set of flake filled paint matching grips were slid onto the bars. With the bike now looking far better than any TW should, the boys turned their attention to the mechanical side of things. The stock exhaust is a little rotter, but the frame hugging lines make a lot of sense and have been replicated in the new chrome-plated system. The fun side to the bike is never lost with the word HOT shaped from metal and placed over the pipe, before finishing the system out with a cocktail shaker muffler. Then it was a case of some black paint, file finished fins and a good tune-up. 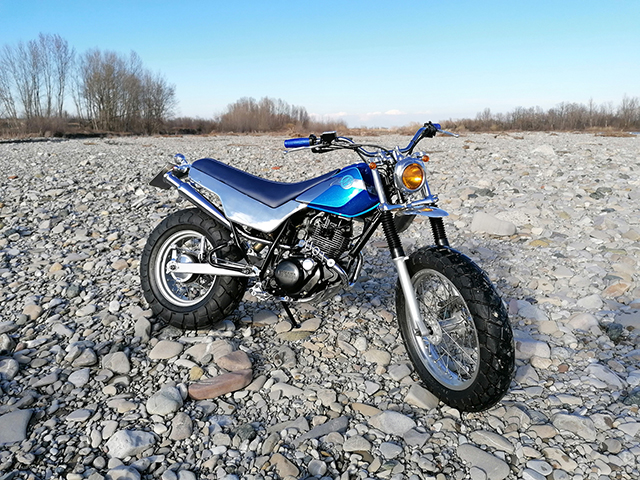 Functionality is well taken care of too, with the hubs and brakes all getting a rebuild and new levers and master cylinder joined by a set of custom pegs for the controls. To save weight the wiring system has been heavily cut back, mini indicators added, the key now hidden and the horrible big instrument cluster thrown away. To complete the build the seat was given a stunning makeover, marine-grade leather in blue is stitched up in a wave pattern with plenty of room for two on the tiny terror. Now with the European summer approaching, Nico Dragoni Motociclette have ensured their client’s next trip south to his beach home in Puglia will be one to remember and it’s hard to imagine those who share the sands with him will ever forget this TW125 that got the tea break special! 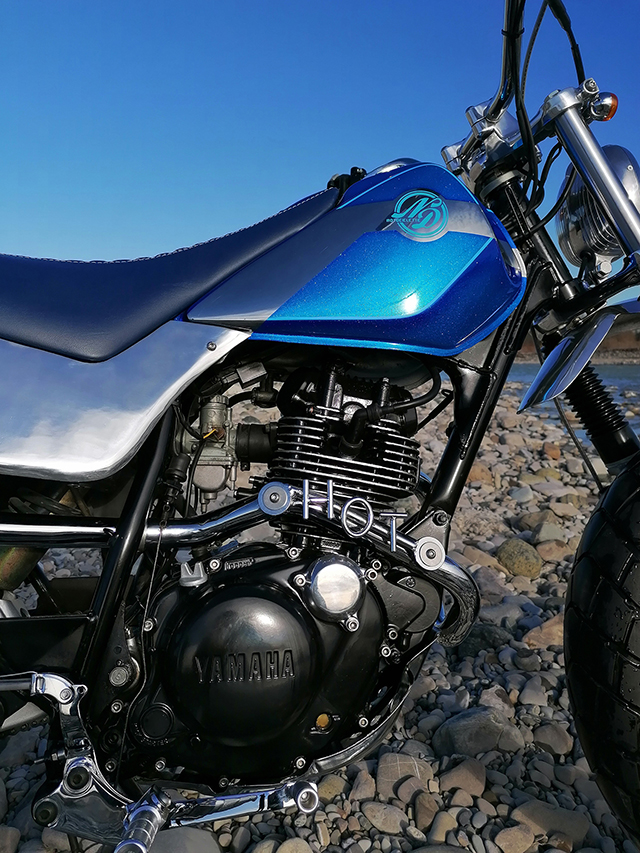 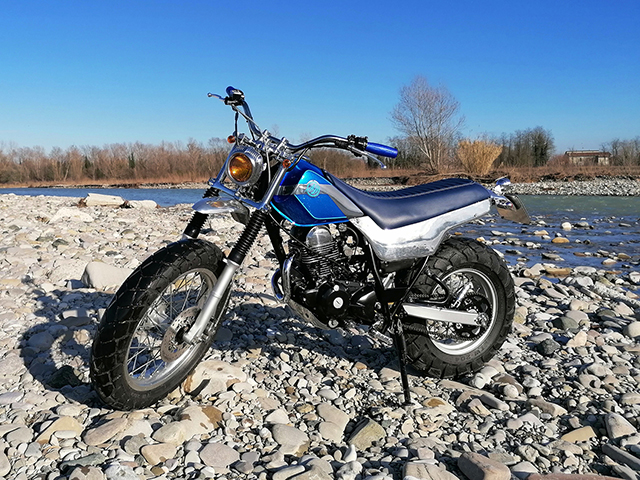 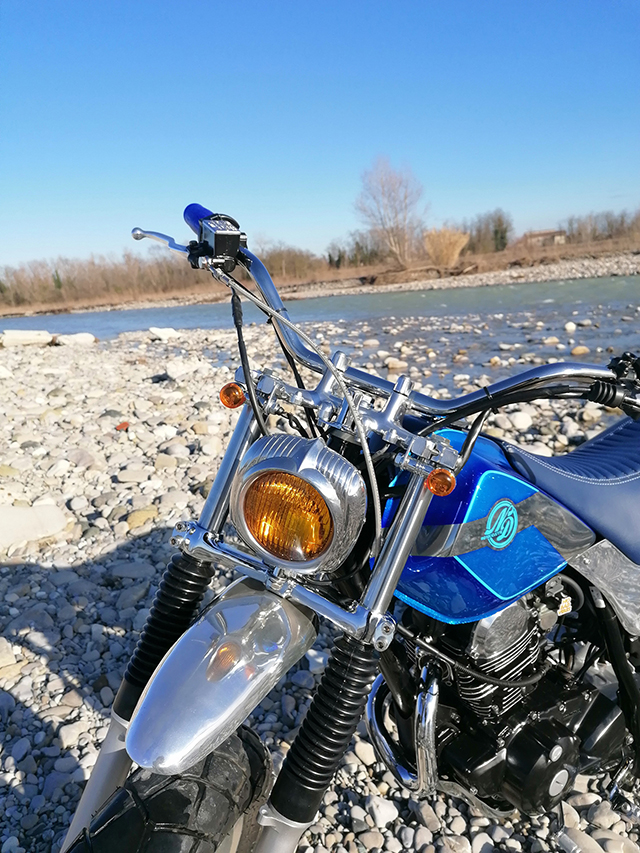 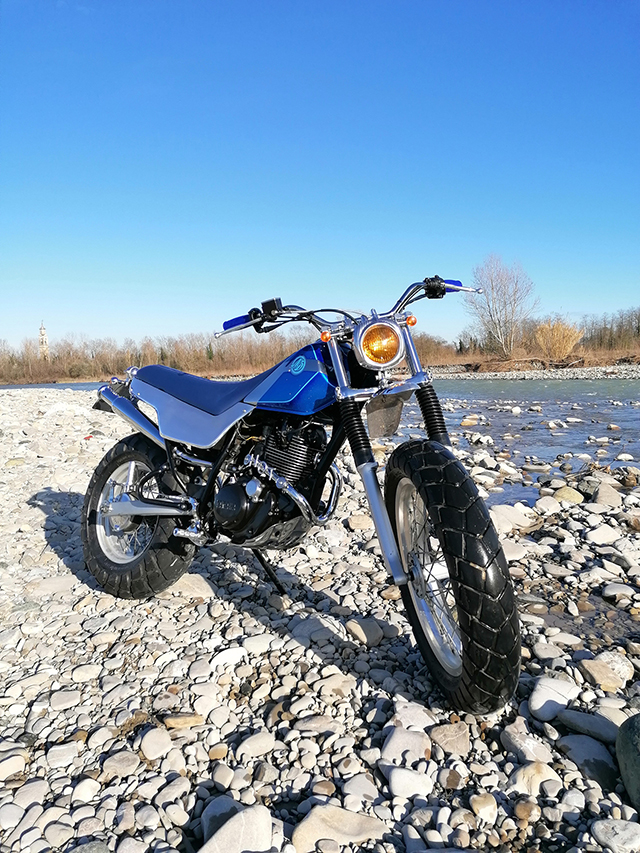 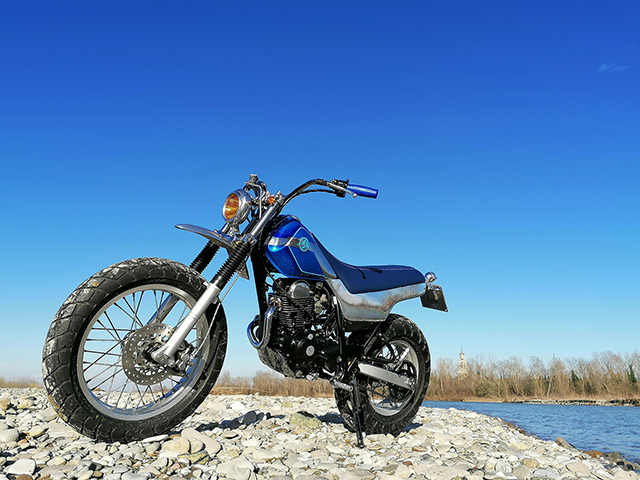